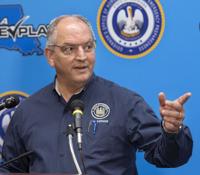 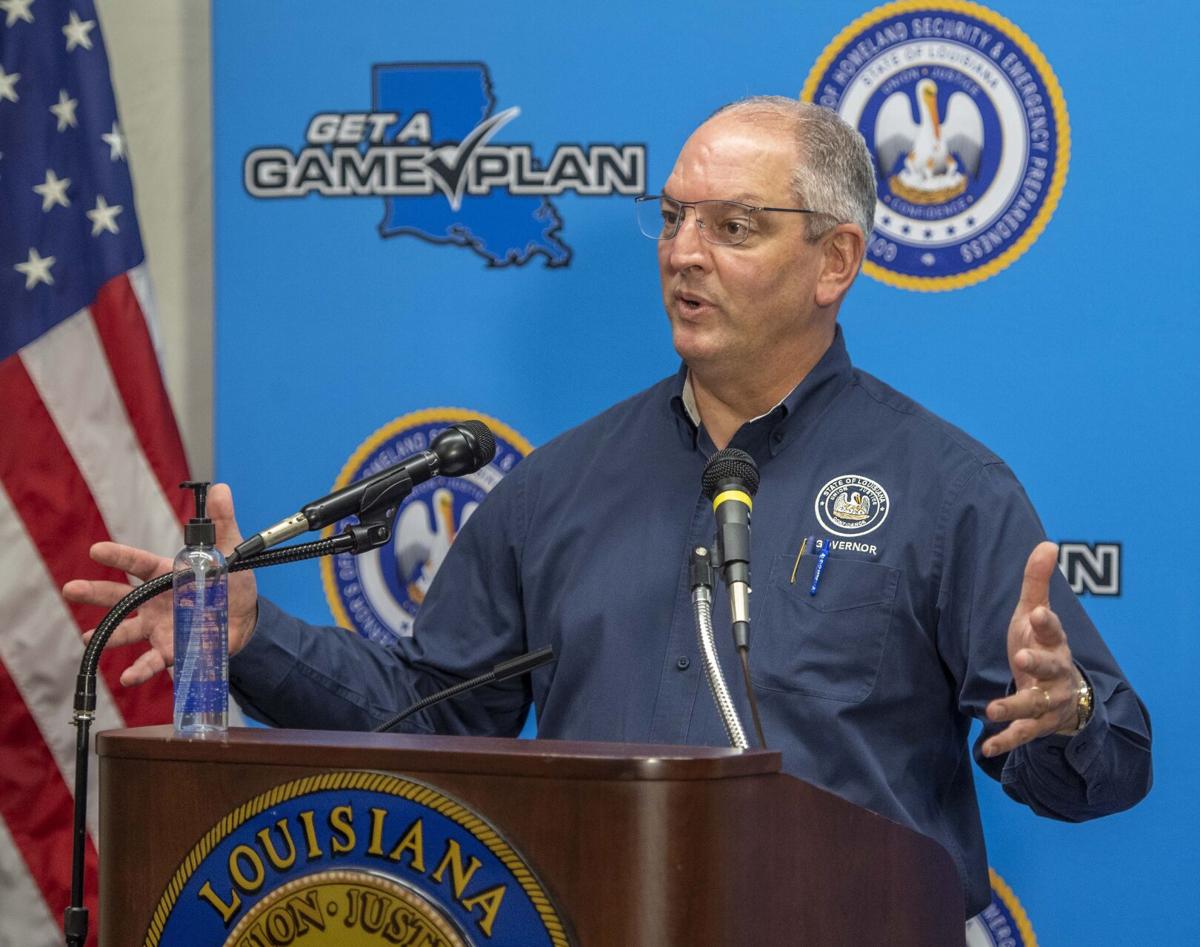 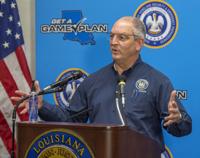 "All in all, we'll take the storm as she is rather than the one we foresaw a couple of days ago," Edwards told reporters.

Louisiana no longer under hurricane warning as Sally shifts east toward Mississippi, Alabama

Metro New Orleans is now under a tropical storm warning.

Hurricane Sally is now expected to arrive along the Alabama coast Wednesday after earlier tracks had the New Orleans metropolitan area in line for a direct hit.

Less than three weeks ago Hurricane Laura, a Category 4 storm, smashed into southwest Louisiana, triggered 28 fatalities and turned lives upside down for thousands.

On Sunday state leaders were urging residents to brace for another one.

"Obviously the information we are going to impart to people, the decisions we make, are going to be based on the forecast," the governor said of earlier comments.

"The information we put forward was the best we had available at the time," he added. "The facts changed."

Edwards said Monday the forecast became "much more dire" on Saturday and Sunday morning before the path of the storm began edging east.

Hurricane Sally is tracking even farther east as the strengthening storm slowly inches closer to the Gulf Coast, according to the National Hur…

"Quite frankly we are thankful for that," he said. "We know it is a slow-moving storm that is going to drop a lot of rain."

On Sunday the forecast called for then Tropical Storm Sally to become a Category 2 hurricane that threatened much of southeast Louisiana, including up to 15 inches of rain in New Orleans and maximum gusts of 120 mph.

Utility crews, members of the Louisiana National Guard and supplies of generators, high-water vehicles and sandbags were positioned to respond to the storm.

Even on Monday most of the New Orleans metropolitan area remained in the predicted path of the hurricane. But the route of the storm began shifting eastward Sunday and Monday, and all the hurricane warnings for the state were dropped Tuesday morning.

"The primary concern that we have now is flooding in low-lying areas in extreme southeast Louisiana because of storm surge," the governor said.

Edwards said Monday he had spoken with Mississippi Gov. Tate Reeves and to Alabama Gov. Kay Ivey on Tuesday about the storm and that Louisiana would be offering assistance.

"Obviously what is good for us is not good for our neighbors," Edwards said.

The scramble to get ready for Hurricane Sally was complicated by the fact that 12,537 evacuees from Hurricane Laura are in hotels – mostly in New Orleans – and another 5,300 are in hotels in Texas.

In addition, Louisiana on Friday moved into Phase 3 for the reopening of its economy amid questions about what the lack of testing in southwest Louisiana means, and whether cases will rise as a result of the Labor Day weekend.

Phase 3 in Louisiana: Some bars can reopen as other businesses expand capacity to 75%

Gov. John Bel Edwards said Friday restaurants, businesses and churches can operate at 75% of capacity under Phase 3 for the reopening of Louis…

The governor said last week that, based on the data, the state was clearly justified in loosening rules aimed at containing the virus. But he has said repeatedly that the impact of Hurricane Laura on testing and whether residents used caution during the Labor Day break were major concerns.

The state experienced a surge of coronavirus cases after the Memorial Day weekend, which helped prolong Phase 2 and its tougher rules for restaurants, schools and churches.

Officials on Tuesday reported 426 new cases of the virus and 26 more deaths, boosting the total number of deaths to 5,108.