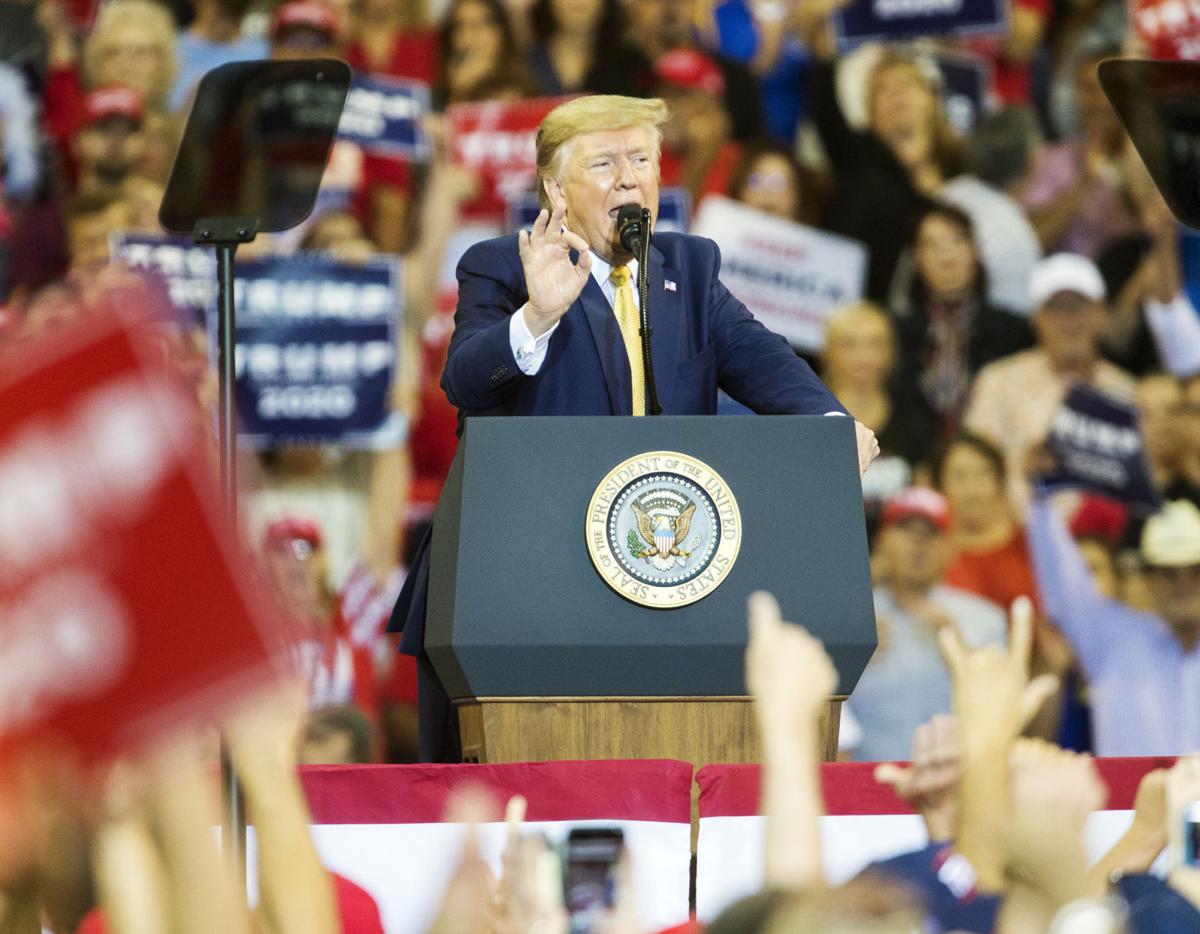 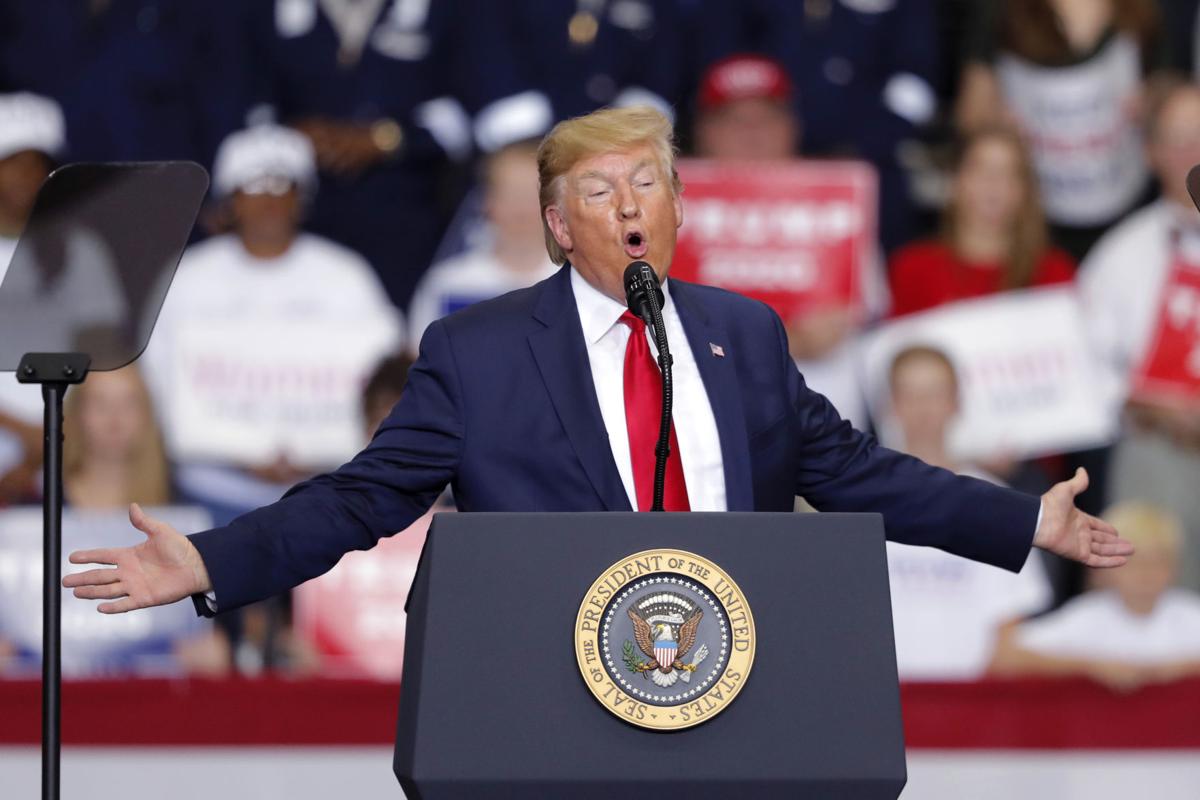 President Donald Trump speaks at a campaign rally in Monroe in 2019.

President Donald Trump speaks at a campaign rally in Monroe in 2019.

“You have a great location … You have so many advantages because of where you are.”

“It’s been a really incredible state for Trump.”

All these quotes have come in the past week from the President of the United States — a display of a strikingly obvious affinity for a place that can hardly be considered a swing state.

If you haven't picked up on it, Donald Trump LOVES Louisiana. (And a lot of Louisiana loves him back.)

Trump will be returning to Louisiana for his second rally in less than two weeks to whip support for Eddie Rispone, the Republican gubernatorial candidate campaigning to unseat Gov. John Bel Edwards, the only Democratic governor in the Deep South.

“I think the president appreciates Louisiana because Louisiana is a lot like what real America is," said Louisiana Attorney General Jeff Landry, an Acadiana Republican who Trump recently described as a long-time friend. "Who doesn't love Louisiana?"

But it's clear, with his fifth visit to the state in a year when most presidential candidates are spending their time in states that will be critical to the 2020 race, he has a soft spot for the Pelican State.

"I happen to like it. If I don't like it, I can't do it," Trump said of why he seemingly can't stay away from the Bayou State.

He'll have one more rally in Louisiana — this time in Bossier City in the northwest corner of the state — before the governor's race is decided Saturday.

“It’s been a really incredible state for Trump," the president said at his most recent rally in Monroe Wednesday.

Trump won 58% of the vote in the 2016 presidential election, receiving more individual votes than any previous candidate on a Louisiana ballot, and has remained popular in the state, despite the raging impeachment probe that has dominated news in Washington, D.C., in recent weeks.

“You guys, I won tremendous," Trump said recently of the Louisiana 2016 outcome.

All have fawned over their connections with him.

Despite the ongoing impeachment investigation, all Republican members of the Congressional delegation have pledged their allegiance to Trump.

“I have states where I’m not exactly in love with the people that are representing the state," Trump said, admitting to his fondness for the Louisiana GOP.

About a month after Trump announced he was seeking the GOP presidential nomination, Landry was filling in for Acadiana's Moon Griffon as host of his conservative talk radio show. He decided he would have Trump on as a guest — the now-president's first exclusive media interview in the state.

Trump joked with Landry about whether the attorney general would turn full-time radio host. “You’re doing well,” he said.

“We’d love you to come down to Louisiana," Landry told Trump near the end of the call.

Trump went on to visit the state at a critical point. Just after historic floods wrecked the state in 2016 — and just three months before the presidential election — Trump traveled to Louisiana with a truck-load of goods to help people who had lost everything.

Then-President Barack Obama and Democratic nominee Hillary Clinton had not yet come to see the disaster first-hand. (Clinton never ended up coming to see the flooding disaster, though she said she would.)

“It showed the human side of who he was," Landry said of Trump's detour from the expected campaign trail. "I see it as a turning point for a lot of people."

President Donald Trump's visit to the "Game of the Century" seemed to be a welcomed one to football fans inside Bryant-Denny Stadium.

Obviously, not everyone in Louisiana loves Trump. The Louisiana Democratic Party has sent multiple statements condemning his off-color statements, and State Sen. Karen Carter Peterson, a New Orleans Democrat who is the state party chair, often tweets her opposition to him.

But thousands of people turn out for his rallies and it's likely that he will win the 2020 Louisiana vote, no matter which nominee Democrats pick.

A Lafayette business is distributor of Trump's official campaign merchandise, including the now iconic "Make America Great Again" hats — among the most popular political paraphernalia ever. And Trump has stacked his group of top advisers with people from Louisiana or with connections to the state.

Landry, analyzing the connection, said it shows how the president feels about how he's been treated by Louisiana voters and Republican leaders.

“I think it shows that President Trump is a person who appreciates loyalty," he said.

Cassidy joined the president for the LSU-Alabama game on Saturday. Scalise had joined him for Game 5 of the World Series.

Even Edwards, who Trump has recently lambasted, shies away from speaking out against the president.

”The president and I might be of different parties, but we have a great working relationship," Edwards said when his supporters recently booed the president during a rally in Monroe.

“I think the media have a distorted image of who he actually is," said Landry. “If you bring the president to a place like a restaurant, he will talk to the waiters, the cooks, everyone there. He loves working people.”

WASHINGTON — With the clock winding down on the Louisiana governor's race, the Republican National Committee is beefing up resources to try to…