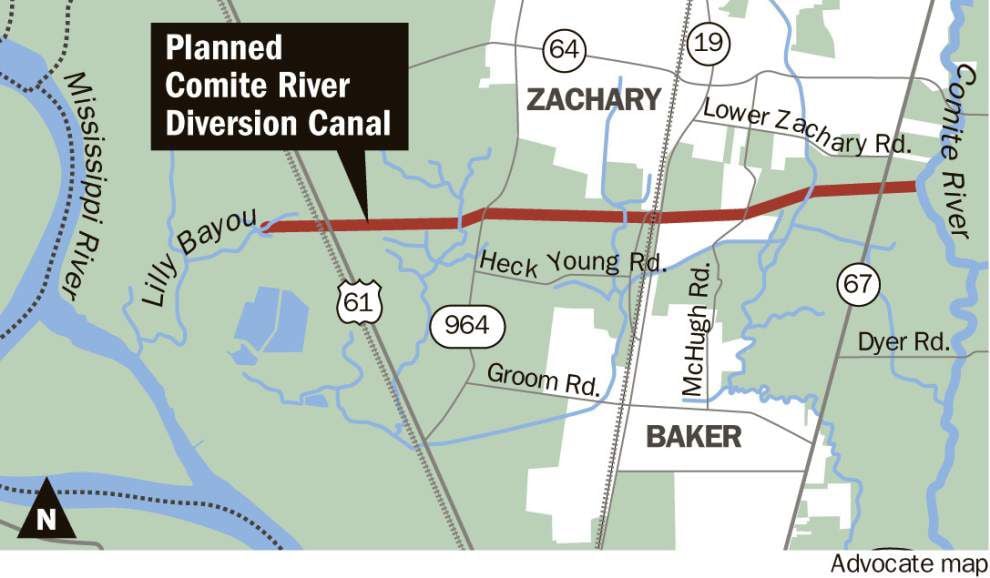 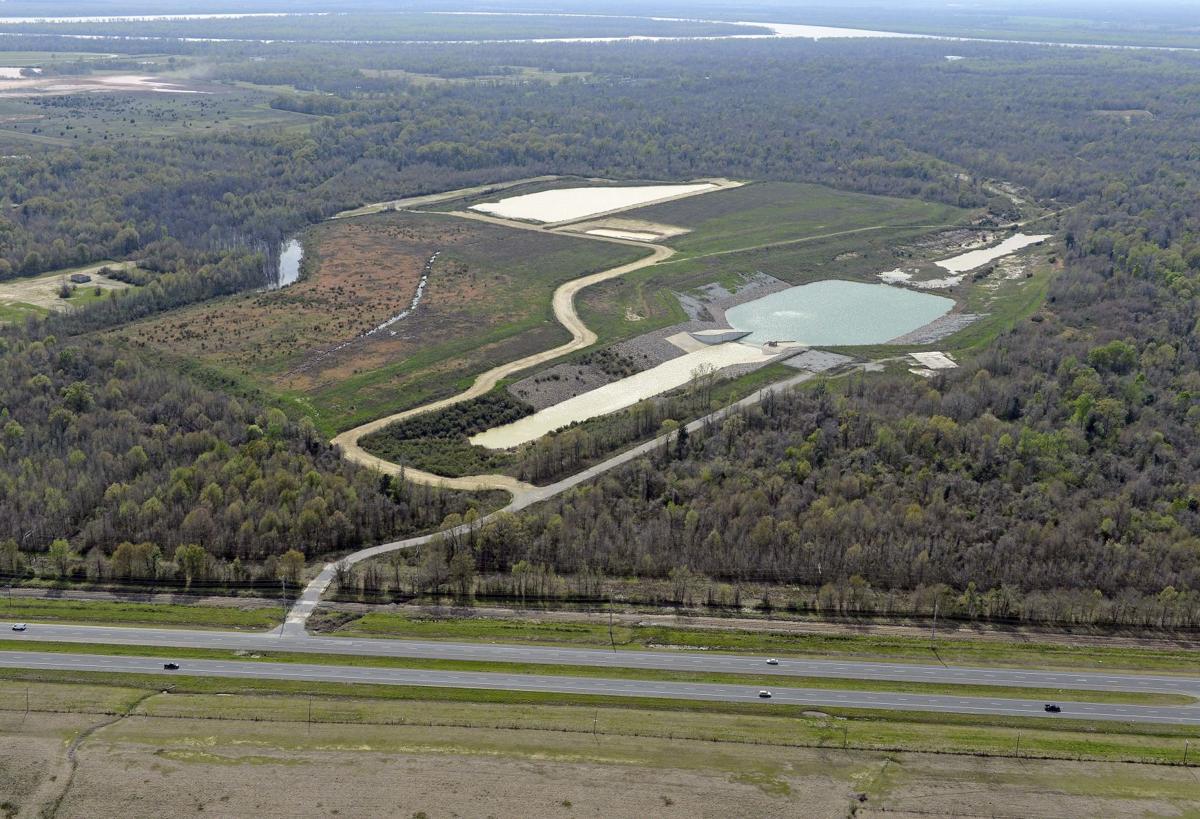 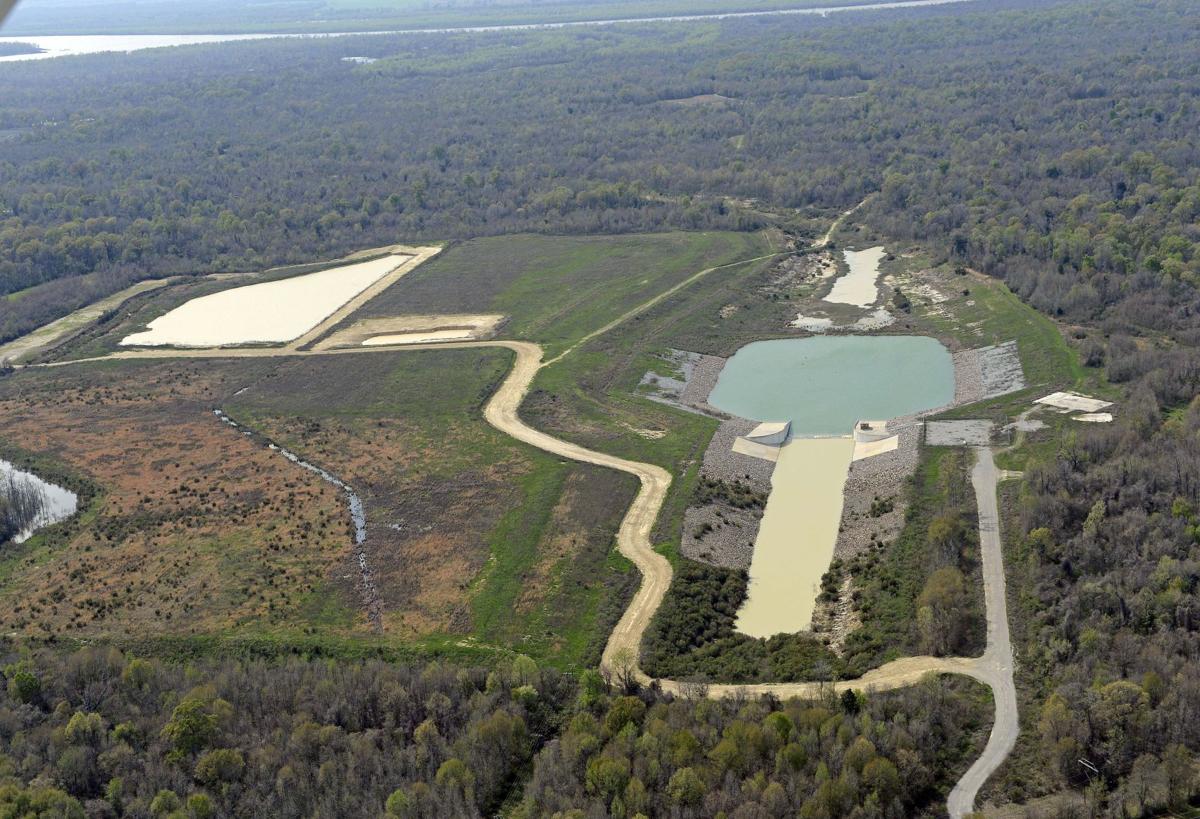 Advocate staff photo by BILL FEIG -- Aerial of the Comite Diversion Canal looking west, with the Mississippi River at top.

Advocate staff photo by BILL FEIG -- Aerial of the Comite Diversion Canal looking west, with the Mississippi River at top.

WASHINGTON — The U.S. Army Corps of Engineers is putting $14 million toward building the long-planned Comite River Diversion Canal, the agency announced Monday, along with millions more for infrastructure projects and dredging in Louisiana.

The Comite River project funding in the Corps' work plan for the next year moves construction on the canal, designed to protect against floods along that river by draining high water into the Mississippi River.

But the $14 million figure will cover only a small portion of the roughly $200 to $350 million cost of completing the project. Although the U.S. Army Corps of Engineers began planning the Comite River Diversion Canal decades ago, little actual construction has taken place.

U.S. Rep. Garret Graves, R-Baton Rouge, said the latest chunk of funding from the Corps brings the federal investment in the project since 2015 to $37 million.

"This $14 million is an important installment, but it’s not enough," said Graves. "We are working right now to get this project fully funded and completed, and it will happen — mark my words."

President Donald Trump's administration left out any money for the Comite project in its budget request to Congress for the U.S. Army Corps of Engineers.

But agency officials added the $14 million for Comite after lawmakers gave the agency hundreds of millions in extra funding.

Gov. John Bel Edwards has indicated the state is considering using part of a $1.2 billion pot of federal grant money the state received earlier this year for flood control and prevention projects on the Comite River Diversion Canal.

That $1.2 billion appropriation came out of a special congressional disaster recovery package passed in response to the destructive 2017 hurricane season.

State officials, including Edwards, are hoping the U.S. Army Corps of Engineers winds up funding most of the Comite River project so that federal grant funding could go toward other Louisiana flood-prevention projects.

Louisiana to get $1.2 billion in federal flood-control funds; these long-stalled projects could benefit

The Army Corps of Engineers' 2018 work plan also includes $1.5 million for building pump stations in East Baton Rouge Parish; $2 million for wastewater and environmental projects in Livingston, Ascension and Iberia parishes; and $900,000 to extend a trail along the Red River in Bossier Parish.

About $9.4 million will go toward dredging and maintenance work on the Houma Navigation Canal — significantly more than initially budgeted — and the Army Corps of Engineers is also setting aside enough money, $1.3 million, to finish a feasibility study on replacing a lock connecting the Industrial Canal in New Orleans to the Mississippi River.

Scalise, however, griped that the Corps of Engineers' work plan didn't include funding for several other New Orleans-area flood and storm protection projects.

Louisiana lawmakers have regularly lobbied the Corps of Engineers to prioritize projects in the state, including deeper dredging that would open up ports to larger ships and long-sought flood defenses in vulnerable communities. The Comite project has taken on particular significance for Louisiana politicians since record-breaking rains in August 2016 sent the Comite River surging over its banks, flooding large swaths of the Baton Rouge region.

For decades, powerful members of Congress had been able to use their clout to direct cash to pet Corps of Engineers projects. But Congress' earmarks ban now means decisions on which projects to fund rests entirely with the agency and the White House, which helps draft budget requests.

Our Views: A project abandoned by U.S. Army

The governor of Louisiana is somewhat higher up the food chain than state legislators, so perhaps John Bel Edwards had better luck in his meet…