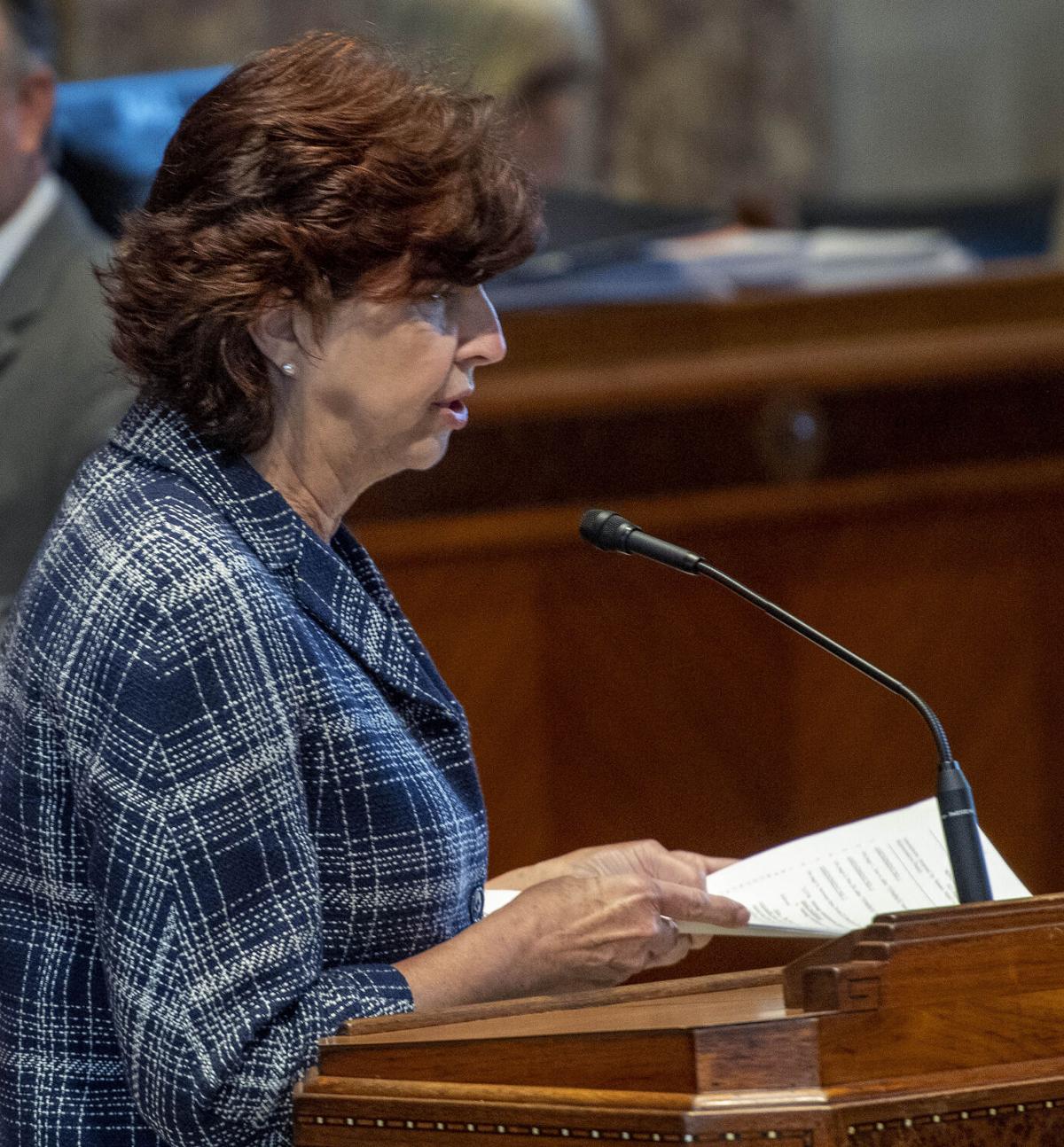 Sen. Beth Mizell, R-Franklinton, speaks in favor of an amendment which was adopted to a bill earlier this year that overhauled the operations of the Louisiana Board of Massage Therapy. 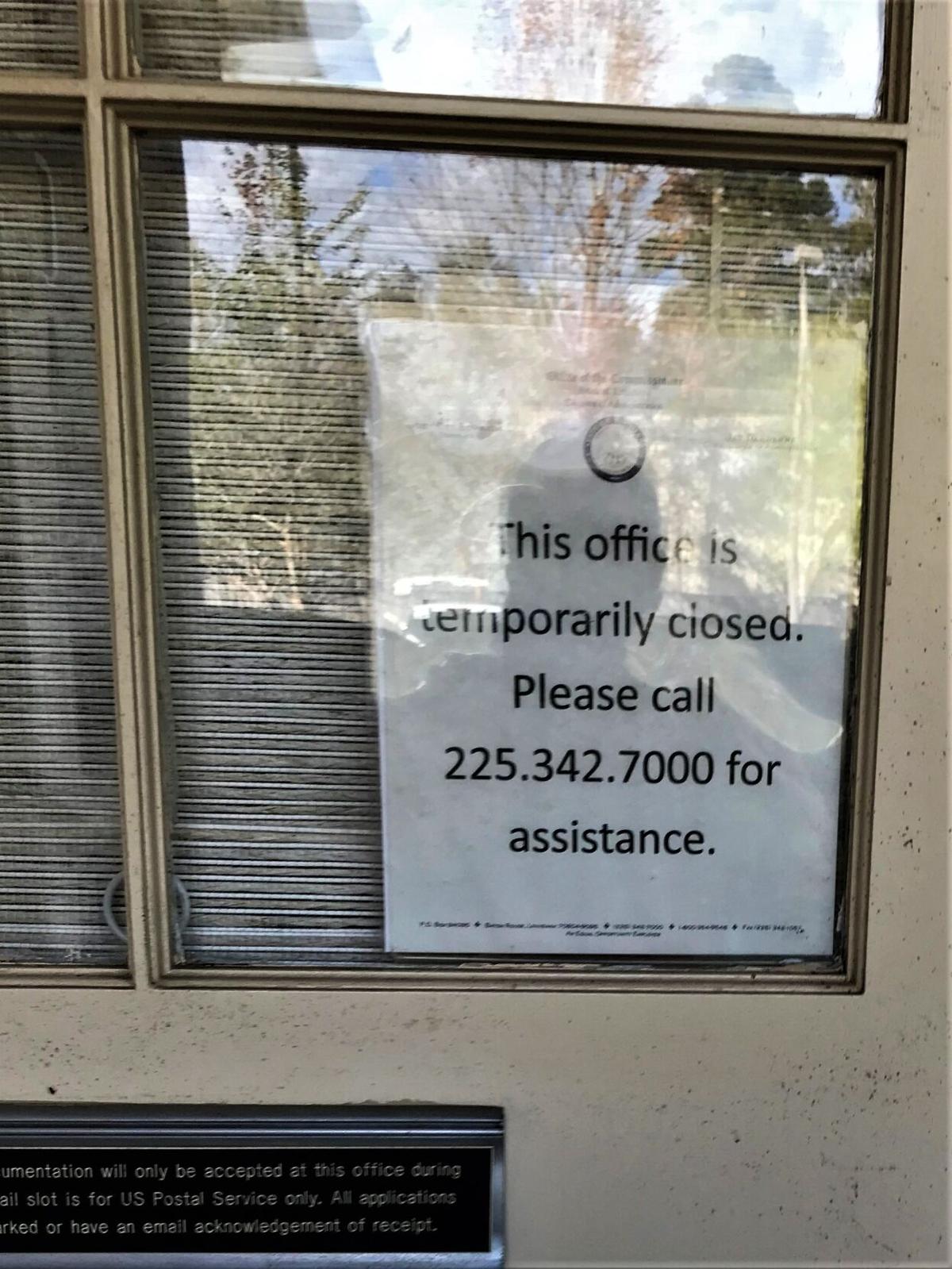 Front door of the offices of the Louisiana Board of Massage Therapy, which licenses masseuses and massage parlors. The agency closed when its staff and some board members abruptly quit in November 2021.

Sen. Beth Mizell, R-Franklinton, speaks in favor of an amendment which was adopted to a bill earlier this year that overhauled the operations of the Louisiana Board of Massage Therapy.

Front door of the offices of the Louisiana Board of Massage Therapy, which licenses masseuses and massage parlors. The agency closed when its staff and some board members abruptly quit in November 2021.

The staff of the Louisiana Board of Massage Therapy and the chairwoman of the board have resigned in the wake of a state audit that accused the panel of downplaying possible cases of human trafficking and other complaints, officials said Wednesday.

Rhonda McManus, the veteran executive director of the board who was paid $92,393 per year, resigned effective Nov. 6, according to state records.

The two other staff members also resigned, said Jacques Berry, policy and communications director for the Division of Administration.

A legal administrative assistant from the state Department of Health is temporarily handling the telephones and mail at the board office, said Aly Neel, a spokesperson for the health agency.

Callers wanting information on how to get a license and other issues are being told someone will get back to them.

Neither McManus, who held the job for about 10 years, nor Sallye Raymond, former chairwoman of the board, could be reached for comment.

The other staff posts are assistant director and administrative assistant, according to the board's website.

No one answered the door that houses the board office at about 9:30 a.m. on Wednesday.

A notice on the front door said it was closed temporarily and referred visitors to a telephone number for assistance.

While the Board of Massage Therapy generally gets little attention, the sudden shutdown of any state agency is unusual.

The audit, which was released in March, said state regulation of the massage therapy industry was riddled with problems, failed to ensure that businesses were not sexually oriented operations and lacked consistent standards on when to dismiss sexual misconduct and other complaints.

Louisiana's regulation of the massage therapy industry is riddled with problems, fails to ensure that businesses are not sexually-oriented ope…

The report said that, over a two-year period, the board dismissed or closed the investigation of 74% of complaints that included allegations of unprofessional conduct, sexually suggestive ads and signs of human trafficking.

The audit was released in March amid reports that the nation has more than 9,000 illicit massage businesses, and that women engaging in prostitution at those sites may be the victims of human trafficking.

The latest estimate is 11,0000 illicit massage businesses, according to an anti-trafficking non-profit group Heyrick Research.

In its response, the board disputed seven of 11 audit findings, which is unusual.

A later hearing on the report by the Legislative Audit Advisory Council sparked some pointed exchanges, and a promise from lawmakers that they would get involved.

State massage board under legislative scrutiny after rejecting audit findings

The normally obscure Louisiana Board of Massage Therapy is under pointed legislative scrutiny, including vows that regulators should either im…

The Legislature did just that in June, approving a bill that requires the board to prioritize complaints about possible unlicensed massage operations, check news stories and other sources for possible illegal activity and train employees on how to spot potential cases of human trafficking.

State Rep. Thomas Pressly IV, R-Shreveport, co-sponsor of the bill, said Wednesday an effort to eliminate human trafficking from the massage industry "was certainly the catalyst for that legislation."

The board consists of seven members named by the governor. Only four are listed on the agency's website.

A spokesperson for Gov. John Bel Edwards said Wednesday members were appointed on Monday and the panel has no vacancies. The governor's office did not respond to a request for the names of the new members.

John "Jack" Miller, a Baton Rouge attorney who worked for the board for a decade or so, appeared with McManus at the Legislative Audit Advisory Council meeting and did most of the talking.

Miller said Tuesday his contract with the board was allowed to expire at the end of June as part of an overhaul of the panel's ranks of attorneys.

"There was some pressure after that legislative hearing, pressure that certain members of the board wanted to change all the attorneys," he said.

Miller said the staff resignations "all related to the legislative auditor's report and the board's position on that."

The state has 2,784 massage therapists and 628 establishments where they work.

Massage therapy is defined as the manipulation of soft tissue to maintain good health and to reduce stress, pain and muscle tension.

The audit said 61% of licensed massage therapists work in their homes or the homes of their clients.

Officials said problems getting a quorum of board members has slowed finding staff replacements.