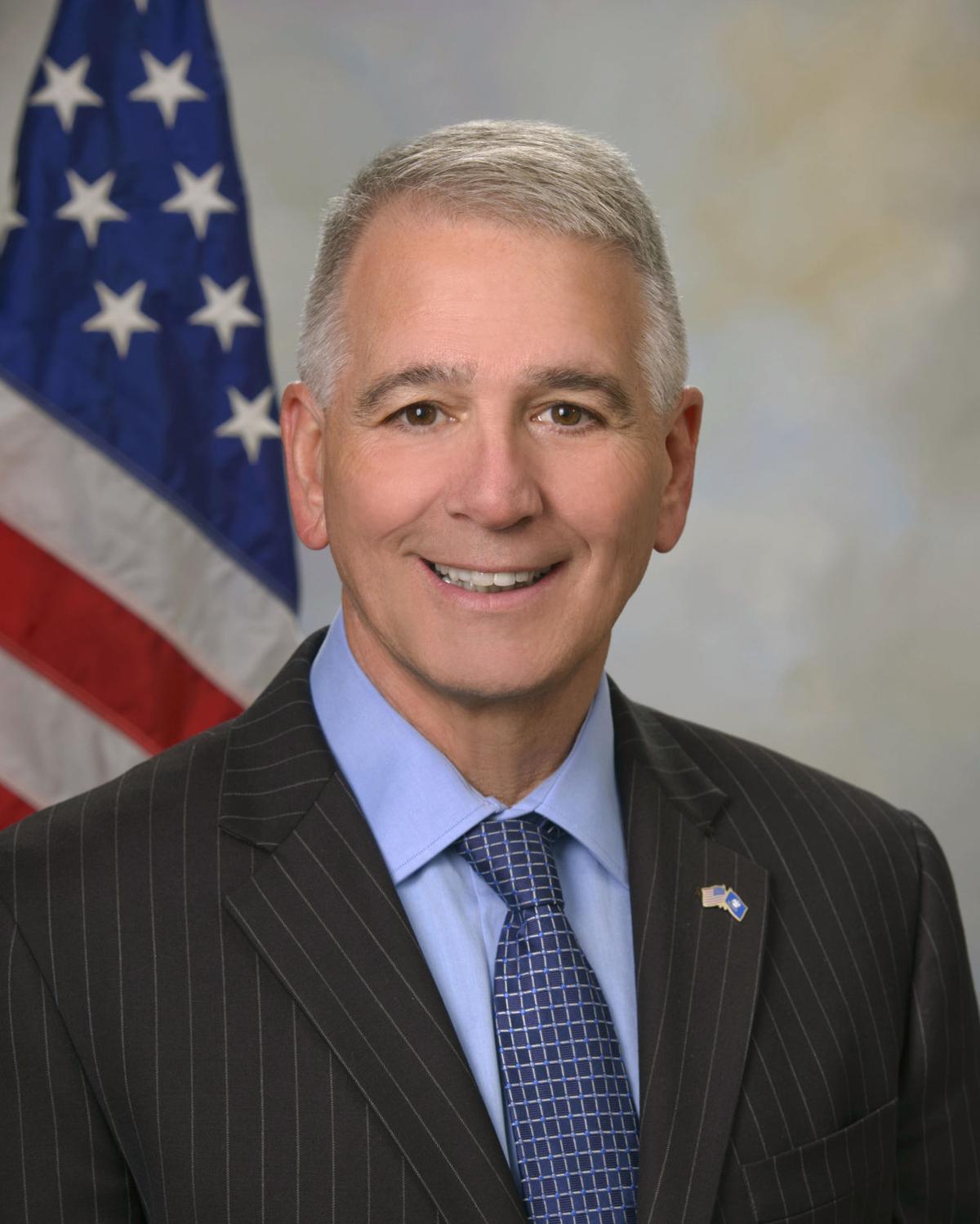 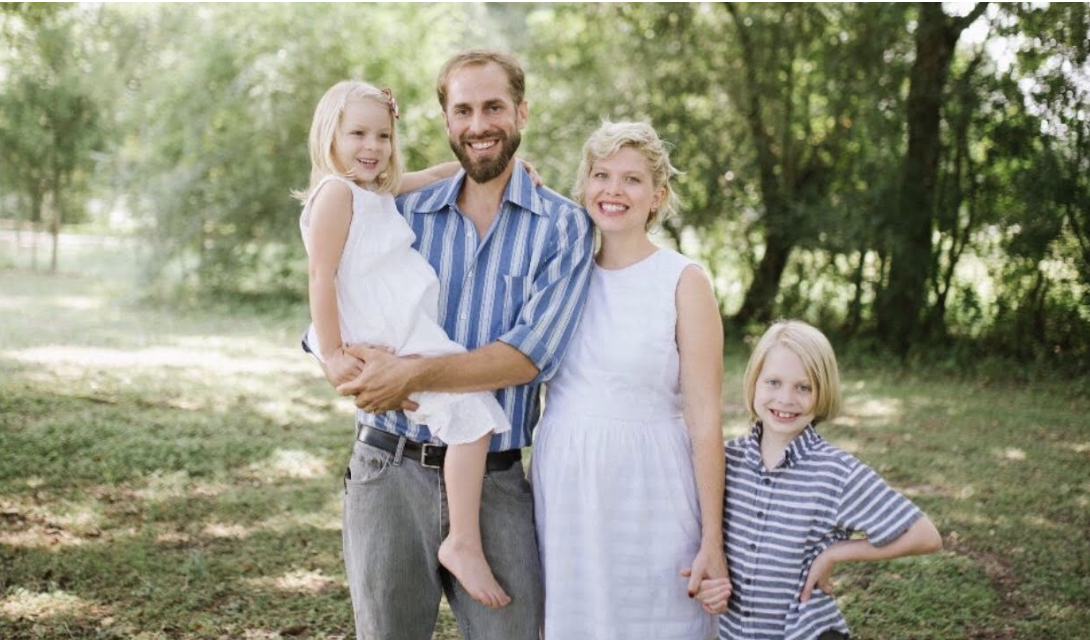 Photo of Jessee Fleenor with his wife Amanda Fleenor, and their two children Sia, left, and Kai, right. Photo provided by the Fleenor family via votejessee.com. 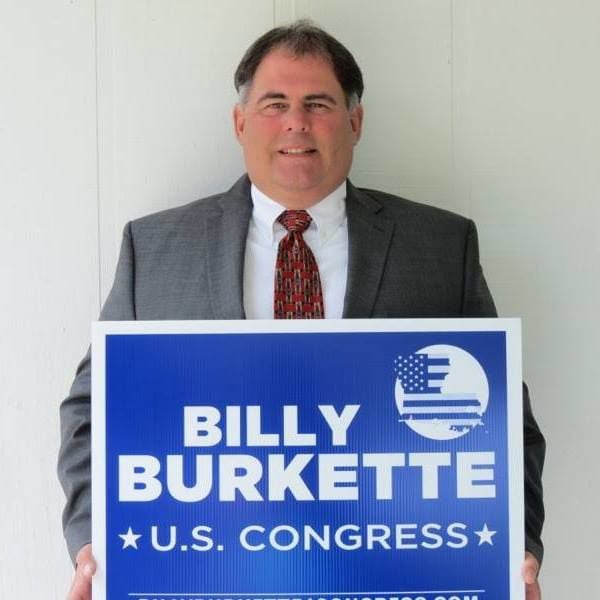 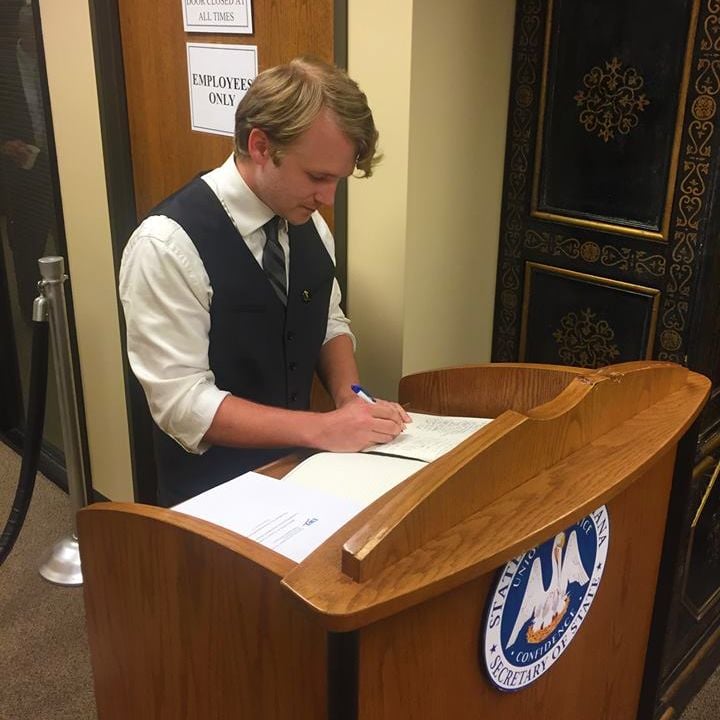 Photo of Jessee Fleenor with his wife Amanda Fleenor, and their two children Sia, left, and Kai, right. Photo provided by the Fleenor family via votejessee.com.

WASHINGTON — U.S. Rep. Ralph Abraham, R-Alto, is facing a trio of challengers in his November bid for a third term representing the sprawling 5th Congressional District in northeast Louisiana.

Abraham, a physician and veterinarian, has turned in a consistently conservative voting record in Congress since he was first elected in 2014. He’s facing a Democrat, a Libertarian and a former Republican-turned-Independent on the Nov. 6 ballot.

In an interview, Abraham touted the success of the House GOP in pushing through their agenda over the past two years, pointing in particular to the package of tax cuts passed earlier this year and a significant hike in military spending.

He also highlighted federal funding for dredging of rivers in the district and improvements to ports — noting the work could boost the region’s economy and allow its farmers to ship grain to market — as well as levee upgrades after flooding hit portions of the district in 2016.

The 5th Congressional District, which includes the cities of Monroe and Alexandria, covers the northeastern part of the state and stretches across the Felicianas and the northern portions of the Florida Parishes. A portion of the district also hooks down to take in a slice of Acadiana.

A north Louisiana congressman is asking for help from the U.S. Department of Agriculture to provide relief to state soybean farmers during the…

The congressional seat is generally considered to be reliably Republican. Voters there overwhelmingly backed President Donald Trump in 2016 and re-elected Abraham that year with more than 80 percent of the ballots cast.

There haven’t been any public polls of the race but election forecasters generally consider Abraham a safe bet for re-election. He holds a massive fundraising advantage over his opponents with more than $477,000 in the bank, according to federal campaign finance filings.

Two of Abraham’s opponents — Democrat Jessee Fleenor and Independent Billy Burkette — painted the congressman as out-of-touch with the average working folks in the district and insufficiently attentive to the needs of some of his constituents.

Abraham brushed off that criticism, saying he’s “got a lot going on as far as Congress is concerned” and has been hard at work trying to tackle a number of issues in Washington on behalf of his constituents.

A “crisis” facing soybean farmers — who’ve been hard hit by Chinese retaliatory tariffs levied as part of a trade dispute with the Trump administration — has been a particularly time-consuming focus, Abraham said. The mostly rural district is a major producer of soybeans.

Abraham, 64, is contemplating challenging Louisiana Gov. John Bel Edwards, a Democrat, in 2019. Although Abraham has made moves to position himself for a potential run, he said he still hasn’t decided whether he’ll end up running for governor and claimed he hasn’t “sat down and given that much consideration.”

A year out from election day, Gov. John Bel Edwards has drawn his first official Republican opponent in the 2019 governor's race, but other po…

But Abraham said he wouldn’t let a campaign against Edwards in 2019 distract from work in Congress if voters send him back to Washington for a third term.

“If I couldn’t do (both), I wouldn’t run for governor,” Abraham said. “I understand very clearly what the people elected me to do.”

Abraham was a political neophyte when he won the seat in 2014. He emerged from a crowded field of fellow Republicans challenging embattled incumbent Vance McAllister. Abraham handily beat Monroe Mayor Jamie Mayo, a Democrat, in the runoff.

McAllister, a Republican businessman who’d won the seat in a special election the year before, became mired in scandal after a local newspaper posted a video of the married congressman kissing an aide in his Monroe congressional office.

Fleenor, a 34-year-old vegetable farmer from Loranger in Tangipahoa Parish who’s never run for political office before, said he dived into the congressional race after no other Democrats signed up to take on Abraham.

Fleenor said he views as "cold hearted" a number of policies Abraham supports — such as work requirements for recipients of food stamps and tax cuts that primarily benefited the wealthy —  as well as Abraham's opposition to the expansion of Medicaid under the Affordable Care Act.  The 5th Congressional District, Fleenor noted, includes some of the state’s poorest parishes.

Fleenor hasn’t raised nearly as much cash as Abraham — Fleenor’s reported bringing in just over $12,400 in campaign contributions — but said he’s trying to close the gap by crisscrossing the district in his used pickup truck and speaking to every local civic organization that’ll have him.

Fleenor said he’s repeatedly challenged Abraham to a debate and is frustrated the incumbent hasn’t taken him up on the offer.

Fleenor noted that registered Democrats outnumber Republicans in the district — a holdover from past decades when conservative Democrats dominated the state — and said he hopes heightened energy this year from young voters and Democrats will drive up turnout and push him to victory.

Pundits around the country focused on the kissing congressman and the “Duck Dynasty” cousin, but it was a country doctor who squeaked into the…

“To be represented by a multi-millionaire whose hobbies include flying his private airplane is just untenable, it’s just a crying shame,” Fleenor said. “Even more so than that, the only ideas he seems to put his name behind are just earth-shatteringly heartless.”

Abraham disputed that criticism. He noted he grew up in the Delta, went to school with a wide cross-section of residents and treated low-income patients for years as a rural doctor.

“That’s just foolish. There’s nothing wrong with being successful in business,” Abraham said. “That doesn’t mean you can’t have compassion and can’t give back.”

Burkette, 49, said he’s spoken with a number of voters while campaigning who’ve complained of trouble getting responses to issues from Abraham’s office. Burkette, who gathered 18 percent of the vote while unsuccessfully challenging Abraham as a Republican in 2016, contended that Abraham hasn’t done enough to address the area’s specific problems, including roads and other infrastructure.

“I’m not trying to throw Ralph Abraham under the bus. He’s a super nice guy,” Burkette said. “But he’s not taking care of business for the people of the 5th District, he’s just not.”

Burkette, who lives near Clinton in East Feliciana Parish, is a member of the Louisiana Band of Choctaw Indians and said he’s given up other work to campaign full time. He criticized Abraham for not fighting hard enough in Washington and said Abraham has avoided “making waves” to put himself in a better position to run for governor.

Burkette made national — and even international — headlines when police arrested him at the Louisiana Secretary of State’s office just after he’d signed papers to run for office. The East Feliciana Sheriff’s Office had filed a warrant for his arrest on a count of impersonating a police officer.

Louisiana tribe ousts chief who was arrested when he signed up to run for the U.S. Congress

Burkette said he wasn’t impersonating anyone — he’s commissioned as the police chief of the Louisiana Band of Choctaw Indians, a state-recognized tribe currently seeking federal recognition — and said the warrant stemmed from an argument at a driver’s license office.

The arrest, Burkette said, was a politically motivated smear intended to keep him from winning the election. The case is currently in legal limbo, he said, with a court date scheduled for just after the Nov. 6 election.

“This whole thing has been trumped up to give me a black eye and hurt my campaign,” Burkette said, adding that he thinks the arrest and subsequent publicity have seriously hurt his chances.

Burkette said he’s running against Abraham to give the district more constituent-focused representation. Burkette acknowledged he’s facing an uphill climb against the incumbent but hoped to force Abraham to be more responsive if he ends up being re-elected.

“If it takes me to run to make him do his job, I’m okay with that,” Burkette said. “As long as the people are being represented, that’s the main issue.”

Libertarian Kyle Randol, of Monroe, didn’t respond to messages from The Advocate. But on his campaign’s Facebook page, Randol describes himself as an ardently principled libertarian who’d work to dramatically downsize the federal government, leaving work like building and maintaining roads to private industry and the free market.

“There are pragmatic answers to all the questions about roads, security, infrastructure and everything else that governments have taken over and convinced the masses that only they can provide,” Randol wrote in a post earlier this month. “GIVE FREEDOM A CHANCE. The vast majority of your life functions through voluntary interactions and with products and resources made through the FREE-market.”

WASHINGTON — With just days to go before Election Day, U.S. Rep. Ralph Abraham is re-introducing himself to voters with a new ad. But most of …