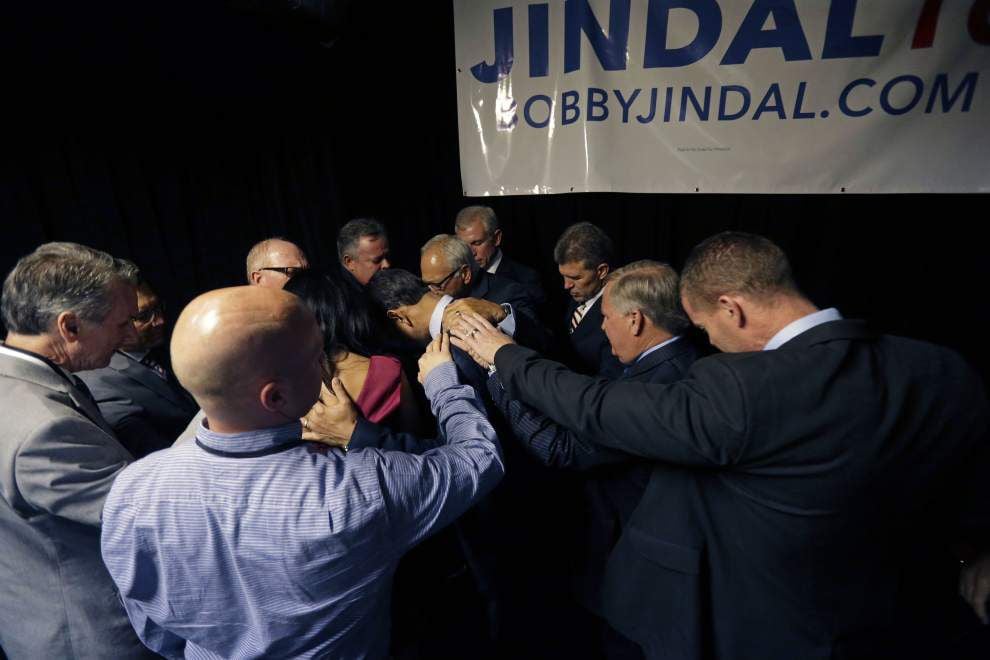 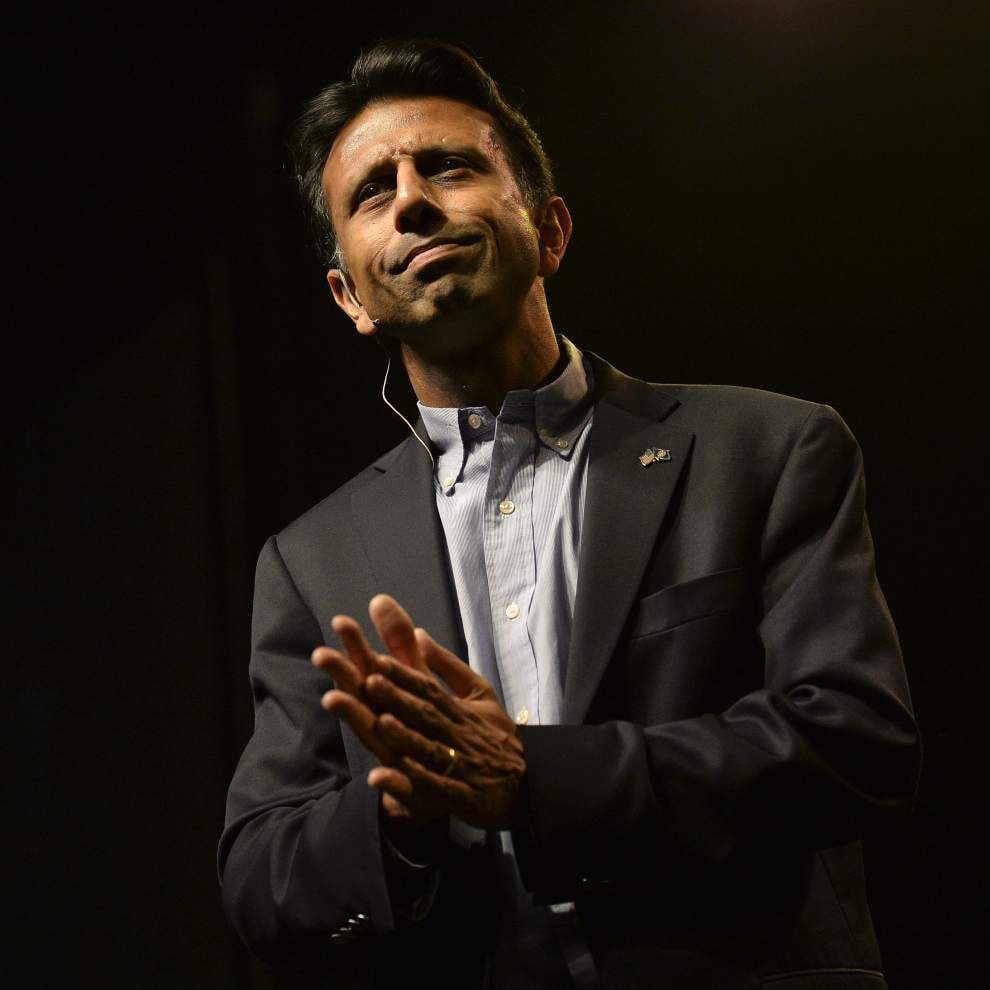 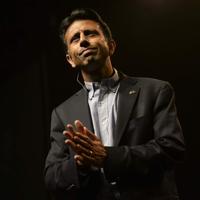 It was summer 1987, and Bobby Jindal was struggling with a fundamental question.

He had been raised by his Indian parents as a Hindu but was now weighing whether to convert to Catholicism as he entered his senior year at Baton Rouge Magnet High School.

One night, Jindal accepted his best friend’s invitation to attend a Christian musical at LSU’s Chapel on the Campus. There, during the performance, he would write years later, he was overcome by the spiritual music and film images depicting Christ’s crucifixion. There, he wrote, “God chose that moment to reveal Himself to me.”

In time, Jindal accepted Christ as his savior and was baptized as a Catholic.

Jindal put his religious faith front and center when he announced his candidacy for president on June 24 and cited it again four days later when he told a national television audience why he opposed the Supreme Court’s ruling that legalized same-sex marriages in the United States.

“My view of marriage is based on my Christian faith,” he said on NBC’s “Meet the Press.” “No earthly court’s decision is going to change that. I think marriage is between a man and a woman.”

But while his religious faith has gotten plenty of airtime, the story of how Jindal became a Christian has received little attention. It was a decision that tested his relationship with his immigrant parents during his senior year at Baton Rouge Magnet.

Jindal has told the story of his conversion at prayer breakfasts and during church services in north Louisiana during his early years as governor, and he spelled it out in his 2010 book, “Leadership and Crisis.” In it, he described the key roles played by two high school friends, whom he identified only as “Kent” and “Kathy.”

This account fills out the story by augmenting Jindal’s written account with a recent interview with the governor and interviews with Kent Shih and Kathy Reznick, who have not discussed their roles publicly before.

As a boy, Jindal accompanied his parents on Sundays to Hindu worship ceremonies known as pujas, at the homes of other Indian immigrants in Baton Rouge. He and his brother Nikesh — who is seven years younger — prayed at night to “an all-powerful (Hindu) God who created the universe and was present and active in our daily lives,” Jindal wrote in his book.

“My parents naturally assumed I would remain a Hindu and pass the faith on to the next generation,” he added.

His grandfather’s death in India at the end of his sophomore year led him to ask basic questions about the meaning of life. By then, he had Americanized his first name — his given name is Piyush — and was leading what he has described as a normal American childhood.

A reserved nerd who graduated with a 4.62 grade-point average, Jindal devoted most of his free time at Baton Rouge Magnet to the Math Club. While attending a math tournament during his junior year, he spotted Reznick, a classmate. “I had a crush on her, but had never mustered the nerve to say hello,” he wrote.

This time he did, and he and Reznick ended up on the top floor of the Hyatt Regency Hotel in New Orleans, tossing coins into a water fountain and talking into the evening.

“Things were going great,” he wrote. “Here was this pretty girl, and she was interested in me! Then I asked her a simple question that changed everything: ‘What do you want to do after school?’ ”

“I want to become a Supreme Court justice,” Reznick replied, “because I want to save innocent lives.”

Jindal said the answer struck him: “Saving the unborn gave her a purpose in life, something that was missing from mine.”

Sneaking off to church

With the two now a couple, he joined Reznick for Catholic Mass. She attended Most Blessed Sacrament Church in Baton Rouge.

“I didn’t want my parents to know,” Jindal wrote, “so I was probably the only teenager in Baton Rouge who told his parents he was going to a party so he could sneak off to church.”

He also secreted himself in his closet with a flashlight to read a Bible given to him by Shih.

“He took a very intellectual and factual approach in wanting to know the answers,” Reznick remembered. “He was very thorough.”

But the future governor was not yet convinced when Shih invited him to watch Shih perform in a Christian musical at the Chapel on the Campus, a nondenominational church at LSU. The musical was called “His Name Is Life,” remembered Ken Drake, the church’s musical minister.

Shih was one of 15 to 20 high school students who performed on the raised stage, along with Todd Hinkie, the church’s youth pastor.

In the audience, Jindal sat beside Anu Goel, a Baton Rouge Magnet student who was Shih’s girlfriend.

Late in the performance, they watched the group sing a powerful number titled “This Blood Is for You.”

Graphic scenes of the crucifixion, including Roman soldiers nailing Christ to the cross, from a popular Christian movie, “The Jesus Film,” were suddenly projected onto a screen above them.

“I had intensely studied that momentous event,” he wrote, “yet watching the film, I suddenly realized that Christ was on the cross because of me — my sins — what I had done, what I had failed to do. This was my epiphany. He didn’t die for billions, which was so abstract, but because of me. Suddenly, God was tangible. Everything instantly came into focus.”

When the performance ended, Jindal and Goel were among those who accepted the invitation to come to the altar and receive a special blessing.

The musical performance and film “impacted both of us to some degree; we felt this is real,” Goel recalled.

Jindal didn’t tell his parents. He feared they might kick him out of their home and refuse to pay his tuition to Brown University, he wrote. He secretly made contingency plans to attend LSU and obtained a scholarship and a job to pay for his studies there.

He finally told them while he was laid up after totaling his father’s Toyota Corolla.

“At first, there was absolutely a strain,” he said in the interview. “At first, they were angry about it. Then they wanted to understand: Was this a fad? Was it something I was serious about? Was I doing this for a girl? Why was I doing this? They questioned the motivation behind it.”

He said his parents asked him to read Hindu texts. He did so but was not swayed and ultimately won their grudging acceptance.

“Over time, I think a couple of things helped,” Jindal said. “It wasn’t like I came home and told them I had embraced a hedonistic faith that tells me to do whatever I want. I was embracing a faith that teaches me to obey my parents. Over time, they saw I was serious about this. Over time, they appreciated many of the virtues and commandments of the Christian faith. They respect the role my faith plays in my life. They’ve attended my children’s baptisms. It took time.”

His parents and Nikesh, his brother, have remained Hindus.

Jindal was baptized a Catholic at Brown, where he participated in an apparent exorcism of a close friend, a strange episode that he described in a 1994 article.

Before their 1997 wedding, Jindal and his wife Supriya had a Hindu prayer ceremony, but they were married at St. Joseph Cathedral in Baton Rouge. They worship at St. Aloysius and raise their children as Catholics.

A role in the campaign

Jindal’s religious faith is playing an especially important role during his presidential campaign as he appeals to social conservatives in Iowa and elsewhere. But he has used it for political ends before.

During his successful 2007 campaign for governor, Jindal spent many Sunday mornings at Protestant churches in north Louisiana, a region where he got fewer votes than expected when he lost the 2003 race for governor.

“He enjoyed it so much, he kept doing it during his first term,” said state Sen. Mike Walsworth, R-West Monroe, a close ally. “We went to so many different churches. Some were traditional, some were charismatic, some were Southern Gospel. It was never political. He talked about his faith.”

Walsworth said he wasn’t sure why Jindal mostly abandoned the church visits during his second term. “I guess you can only go to so many churches in so many towns,” he said.

As for those who played key roles in helping him convert, Shih said, “I’m humbled that anybody could be impacted.”

In a follow-up email, he added, “I am cautiously optimistic that I influenced him for the better.”

Goel goes by the married name Bourgeois and is a computer science professor at Georgia State University. No longer a believer, she remembered Jindal fondly as a friend but said, “He’s not compassionate in his politics.”

Reznick, a lawyer in Baton Rouge, said it was “sweet” that Jindal noted her role in his conversion but said, “Any credit for that would belong to God.”

Drake grew emotional when asked about his role.

“It’s part of what I’m called to as a pastor,” he said. “It’s pretty overwhelming that you can have an impact long term. I pray for him a lot. I know a lot of people who do.”