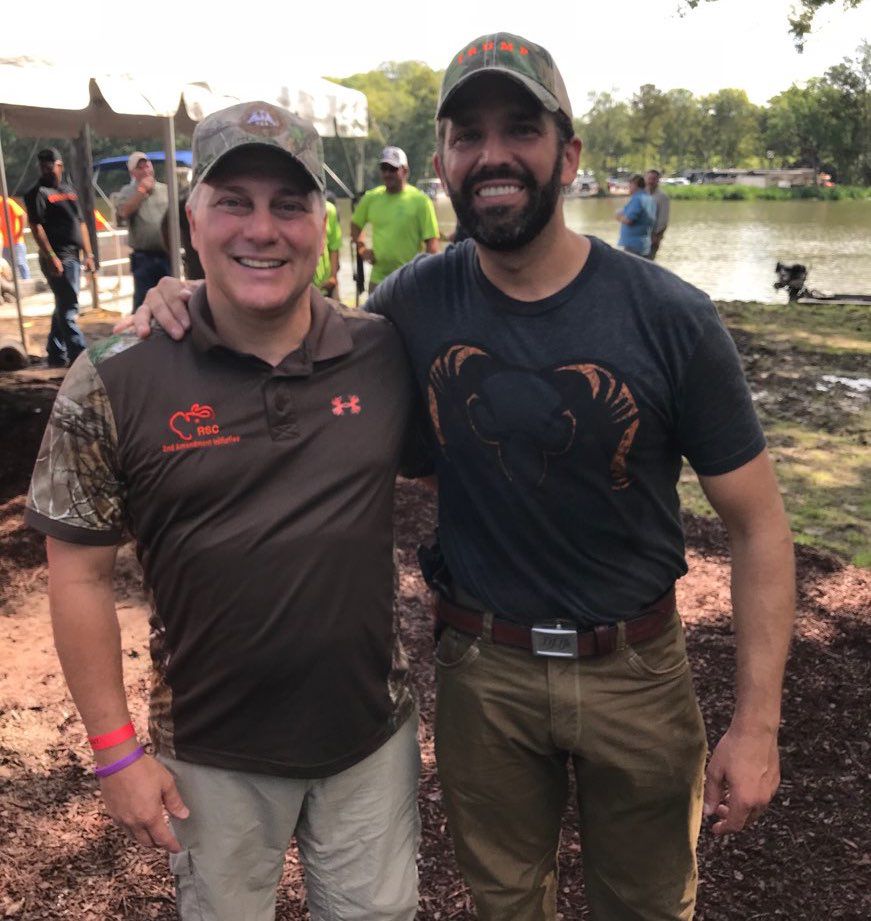 Congressman Steve Scalise (left) and Donald Trump Jr. (right) spent time alligator hunting together this weekend, according to a tweet from Scalise. 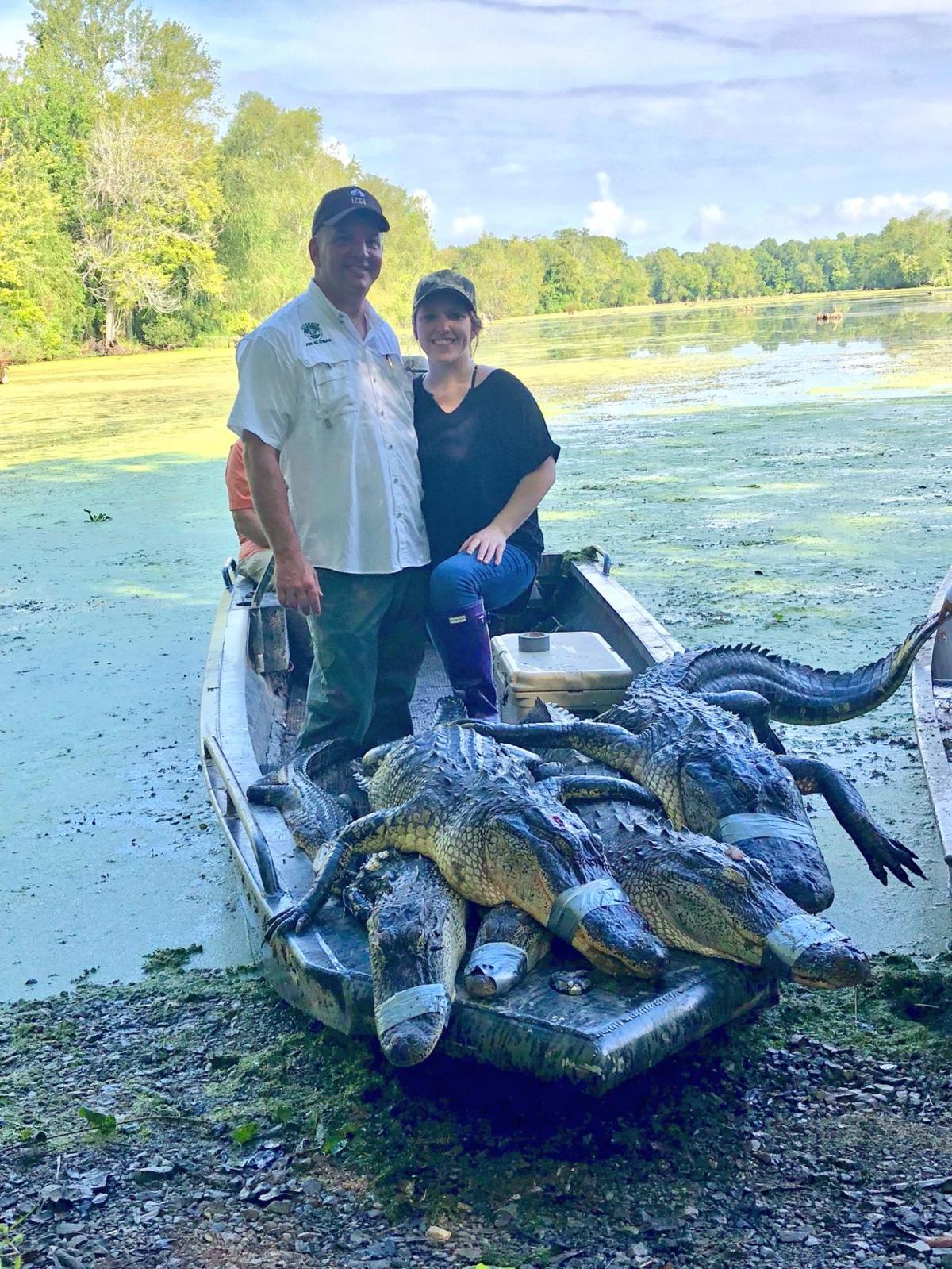 Congressman Steve Scalise (left) and Donald Trump Jr. (right) spent time alligator hunting together this weekend, according to a tweet from Scalise.

Donald Trump Jr. spent time in Broussard this weekend doing one of the most Louisiana things possible: alligator hunting.

The president's son attended a hunt to support Louisiana Attorney General Jeff Landry, according to social media posts from attendees and Trump's girlfriend Kimberly Guilfoyle. Landry hosts an annual gator-hunting fundraiser with a price tag of $5,000 per hunter, according to the event website.

"This is not your typical Reagan Day rubber chicken dinner so this is a fun one," Trump said in a video shared on Facebook by another attendee. "I'm excited to come back down here again and I have a lot of friends in the area, people I've met either through fishing in Venice or hunting up north. It's just great to come back here because you guys do have the best food in the country."

Trump met Landry on the campaign trail in 2016 "back when it was not even popular to be supporting us," Trump said in an address to attendees.

"(Landry) was into what was going on there," Trump said. "It's awesome to have guys like this in the state attorney general's office. So I just wanted to come down and thank him, be with you guys and have a great time this weekend."

Landry took the microphone from Trump, saying "Y'all tell him how much we're on the Trump train," which was met with cheers.

"I like that," Trump replied. "It's a little better than walking down the street in New York. Slightly different response. I like it here."

Guilfoyle, an attorney and former Fox News host, gushed about how much she loves Louisiana and called Landry a "real winner." She joked that the pressure was on for Trump on the gator hunt because "Mama needs a new pair of boots."

She posted a video on Instagram of herself stirring a giant pot of alligator gumbo while Beyonce's "Single Ladies" played in the background.

Congressman Steve Scalise was also in attendance, sharing a photo on Saturday afternoon of himself and Trump at the event. Trump even wore a camouflage Trump hat.

It's not clear, however, if the president's son was able to bag a gator.

Meanwhile, Gov.John Bel Edwards was doing some alligator hunting of his own on Saturday, but in Pointe Coupee Parish.

The governor shared a photo on Twitter of himself and his daughter triumphantly standing over a pile of gators they had apparently bagged.

No better way to start our Saturday. Sarah Ellen and I had a great morning in Point Coupee. Hope everyone is enjoying their weekend. #lagov pic.twitter.com/fVyJTzVDoh

Gov. Edwards: Not 'proper' for elected officials to berate the media

Without naming him, Gov. John Bel Edwards on Wednesday appeared to take issue with President Donald Trump's frequent criticism of the media.