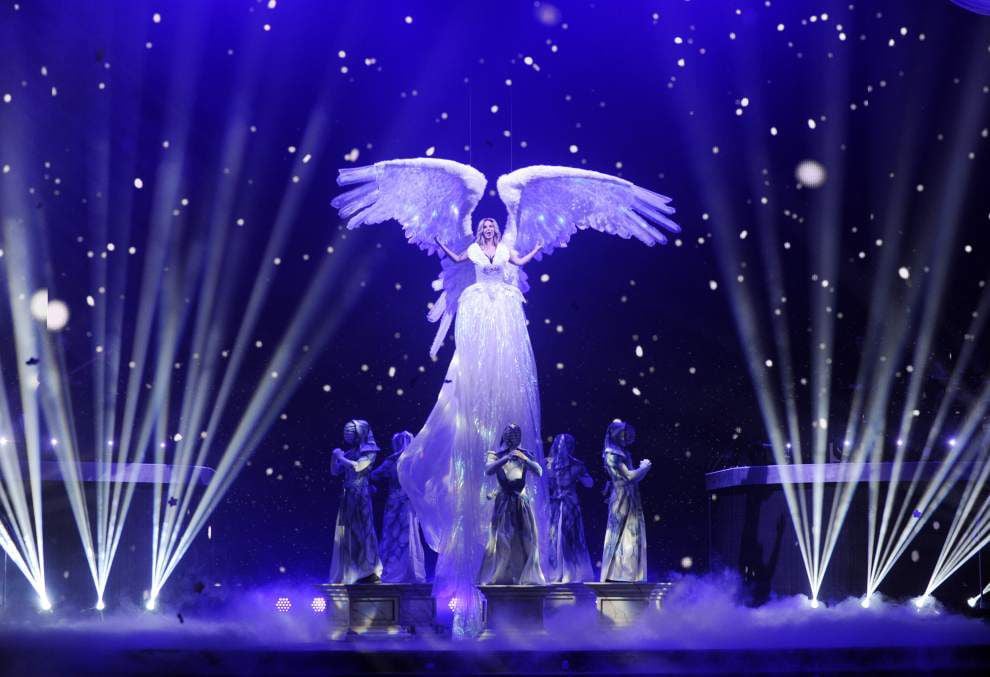 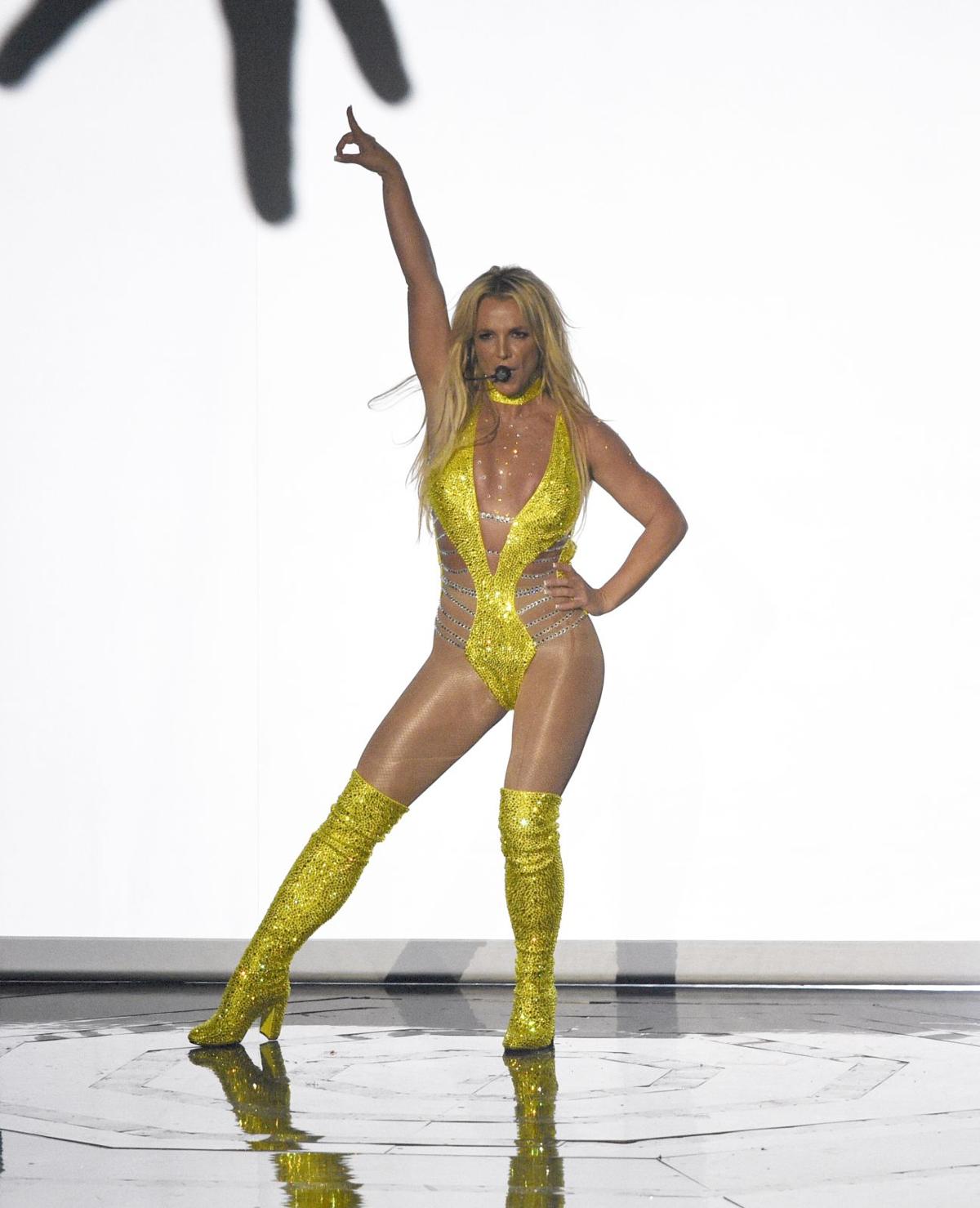 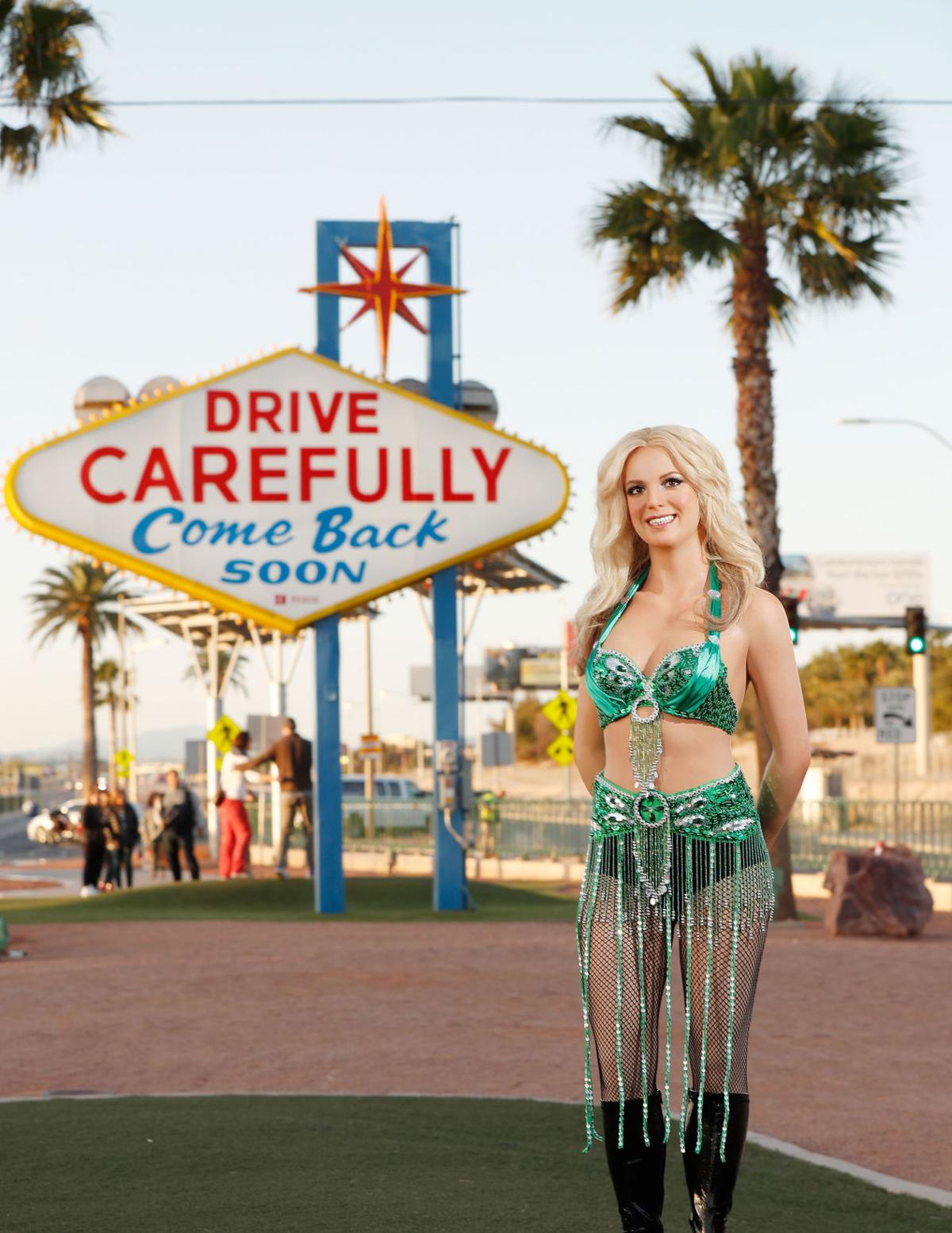 Glimmering in green, Madame Tussauds Las Vegas has dressed its Britney Spears wax figure in this sparkly ensemble inspired by her 'Britney: Piece of Me' wardrobe. Spears will end her four-year residency there at the end of the year.

Glimmering in green, Madame Tussauds Las Vegas has dressed its Britney Spears wax figure in this sparkly ensemble inspired by her 'Britney: Piece of Me' wardrobe. Spears will end her four-year residency there at the end of the year.

Britney Spears is giving a piece of her Las Vegas show to Louisiana schools.

The Kentwood native this week announced that $1 of every ticket sold for the next stretch of her Las Vegas residency show, Britney Spears: Piece of Me at the Planet Hollywood, through the end of the year will go to public schools in Louisiana through a partnership with the Louisiana School Boards Association.

"I am so proud to be able to give back to my home state and help the Louisiana School Boards Association," Spears said in a news release. "I can't wait to see all my amazing fans when I return to Vegas for my last run of shows this year!"

Spears, 35, grew up in Louisiana before becoming an international pop star. She began her four-year residency in Vegas in 2013. The final shows are scheduled to run from Sept. 3 through Dec. 31.

Scott Richard, executive director of the Louisiana School Boards Association, said that Spears' contribution is coming down through the LSBA Fund for Restoring Schools, which was formed after last year's catastrophic floods that affected several schools.

Britney Spears announced Monday that she's ending her Las Vegas show, "Piece of Me," in Dece…

"We’re excited and appreciative of being able to work with both to raise dollars to assist our local school districts that have been negatively impacted by the floods," Richard said.

Spears' mother, Lynne, is a personal friend of the Edwards, who hail from Amite, and has previously helped connect the pop star to fundraising efforts for the governor. Like the first lady, Lynne Spears previously worked as a schoolteacher in Tangipahoa Parish.

According to Planet Holywood, $65,000 has been donated to the LSBA as part of Spear's partnership with the school boards association.

Richard said that LSBA plans to make its first distribution of funds to flood-impacted districts in the coming weeks, with a focus on assisting schools and teachers with instructional materials.

"We anticipate making additional disbursements in the future as the long-term recovery efforts continue," he said. "The LSBA is humbled by the generosity of the many donors for this effort, and, we’re especially excited about the opportunity to partner with the first lady of Louisiana and Britney Spears."

Friday marks the one-year anniversary of the Great Floods of 2016.

If Louisiana is looking to replace Confederate statues with statues of "an actual Louisiana hero," a couple thousand pop music fans have an id…

Pop icon Britney Spears is doing it again: She's giving back to the home state, and one lucky fan will get to spend New Year's Eve in Las Vega…