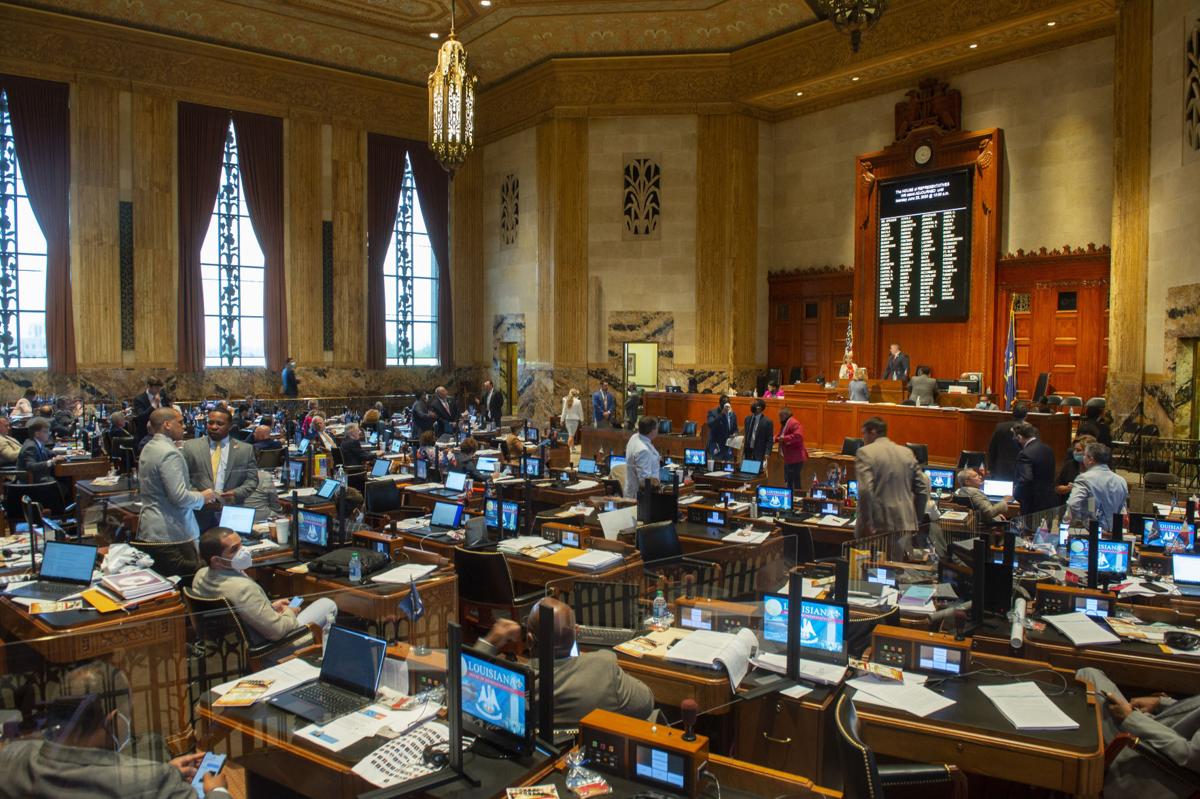 The state House Chamber, seen June 28 during action in the special session of the Louisiana Legislature. 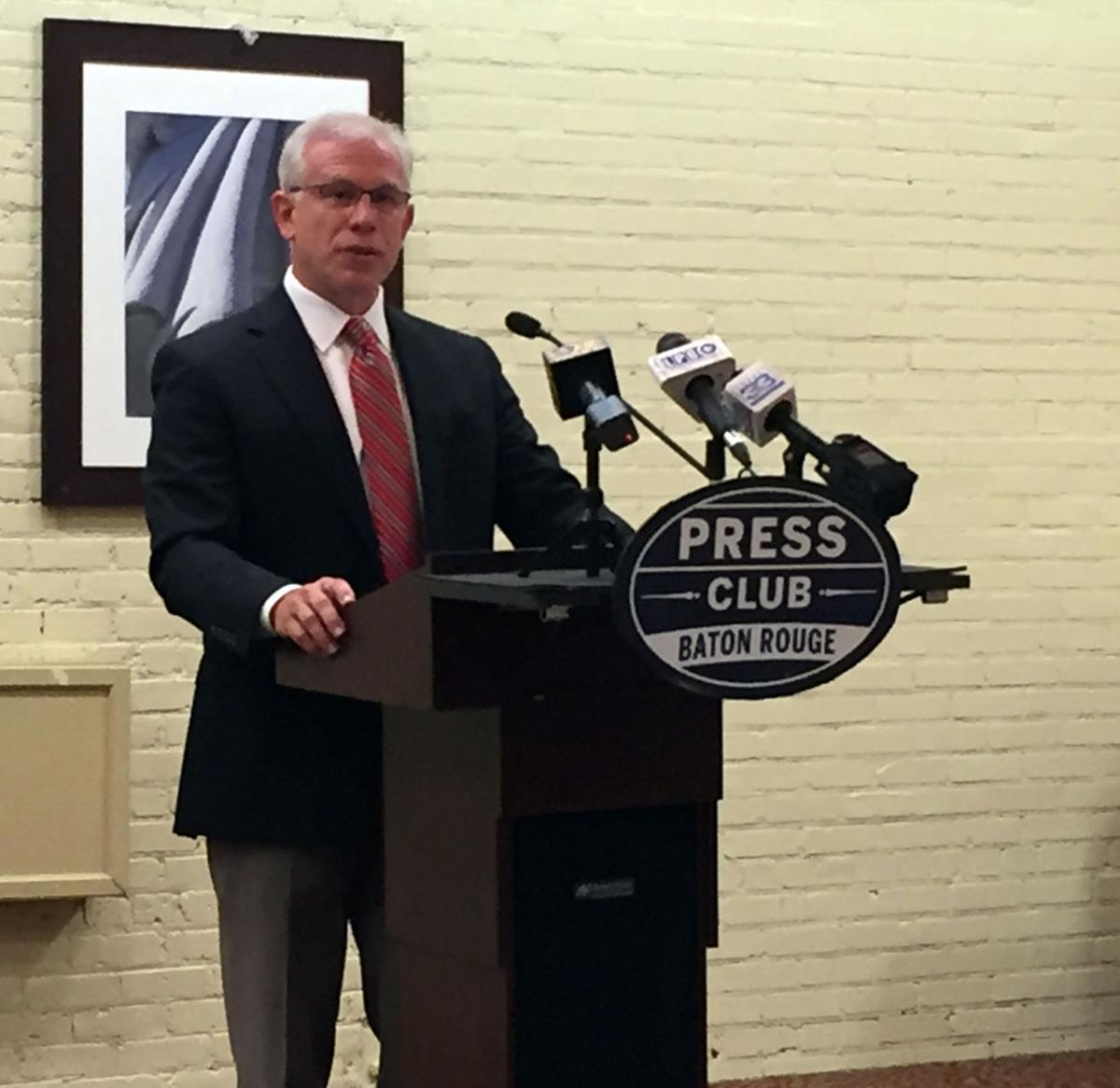 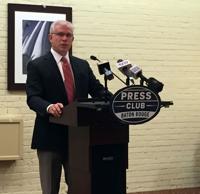 Gene Mills, president of the Louisiana Family Forum, said his group will continue its effort to limit sports betting and advocate for rules "which protect minors and addicts from predatory practices." Mills is shown here during an appearance at the Baton Rouge Press Club in 2018.

The state House Chamber, seen June 28 during action in the special session of the Louisiana Legislature.

Gene Mills, president of the Louisiana Family Forum, said his group will continue its effort to limit sports betting and advocate for rules "which protect minors and addicts from predatory practices." Mills is shown here during an appearance at the Baton Rouge Press Club in 2018.

Voters in 55 of 64 parishes Tuesday approved sports betting, setting up a major battle in the Louisiana Legislature on exactly what form the wagering will take.

Most parishes, including those in the Baton Rouge, New Orleans and Lafayette areas, endorsed the proposal by huge margins, including some reaching 70% and more.

The proposal passed with 68% support in East Baton Rouge Parish, 76% in Orleans, 76% in Jefferson and 63% in Lafayette.

Sports betting wins support in these Louisiana parishes; here are the next steps

A ballot measure that would allow betting on football games and other sports won lopsided approval Tuesday night across south Louisiana, inclu…

The plan collected 1.3 million votes statewide – 65% – compared to about 683,000 – 35% – who opposed it, according to figures compiled by Louisiana Wins, the group behind the effort.

The only opposition came mostly from a handful of rural parishes in north Louisiana.

The plan, which stemmed from legislation approved earlier this year, left the issue to voters in each parish.

Allowing a form of sports betting in Louisiana is on the ballot, again. Will it pass?

For the second time in two years, voters in all 64 parishes will decide individually whether to authorize a new form of sports betting.

Those that backed the proposal will be able to place bets on football and other sports in 2021 or 2022.

But before then state lawmakers will have to hammer out the parameters of a new form of gambling, including whether the rules will allow for wagering in limited locations, like Mississippi, or allowing citizens to place bets on their smart phones, like New Jersey and some other states.

State Rep. John Stefanski, R-Crowley, who earlier this year voted to submit the issue to voters, said rules for the betting will generate more controversy than how the industry is taxed, which is another issue for legislators. "That is going to be a difficult fight," he said.

For the second day in a row, the state Senate voted Thursday to allow individual parishes to decide whether to legalize sport wagering.

He noted that the issue sparks arguments between those who favor limiting sports betting to casinos versus those who want to do so from their homes.

Stefanski said he thinks the wagering can begin in 2021.

State Sen. Cameron Henry, R-Metairie, who sponsored the proposal, said Wednesday officials will begin next week looking at how other states have implemented sports betting.

"There is no need for Louisiana residents to drive to Mississippi to place a legal bet and have those revenues go to Mississippi," Henry said. "Clearly times have changed when it comes to sports wagering."

He said lawmakers should consider a more open approach to betting than having to be in a casino "assuming that members are comfortable with the security protocols."

"We have a lot of work to do to get members of the Legislature comfortable with all the options thrown at us," Henry said.

How much the betting generates for state services depends on how freely residents can gamble.

However, the dollars raised will only go to the 55 parishes that approved the measure.

The Louisiana Family Forum, which says it advocates for traditional family values, opposed the proposal and said passage in most parishes raises the specter of wagering 24 hours per day, seven days a week.

"LFF will advocate for restrictions which protect minors and addicts from predatory practices," Gene Mills, president of the group, said in a statement.

The vote Tuesday was even more lopsided than a similar one in 2018, where parish voters were asked whether they favored fantasy sports contests for cash prizes.

In that contest 47 of Louisiana's 64 parishes backed the move, and those in south Louisiana generally embraced the measure by wide margins.

Two firms — DraftKings and FanDuel — donated more than half of the $975,000 that was raised in time for the Oct. 5 spending report. Each contributed $250,000, including dollars for TV and radio ads. Both companies largely financed the 2018 campaign for online fantasy sports two years ago.

Mills charged that the campaign was bankrolled by "out of state conglomerates" that convinced state residents they could "gamble our way out of financial woe."

Two other states – South Dakota and Maryland – also approved sports betting Tuesday, according to Yahoo! Finance, and 26 states either have sports betting or have authorized it.

Sports betting widely embraced, but Louisiana might get 'relatively small' take from legalization

While nearly two out of three Louisiana voters backed sports betting on Election Day, the money raised for state services will likely be well …