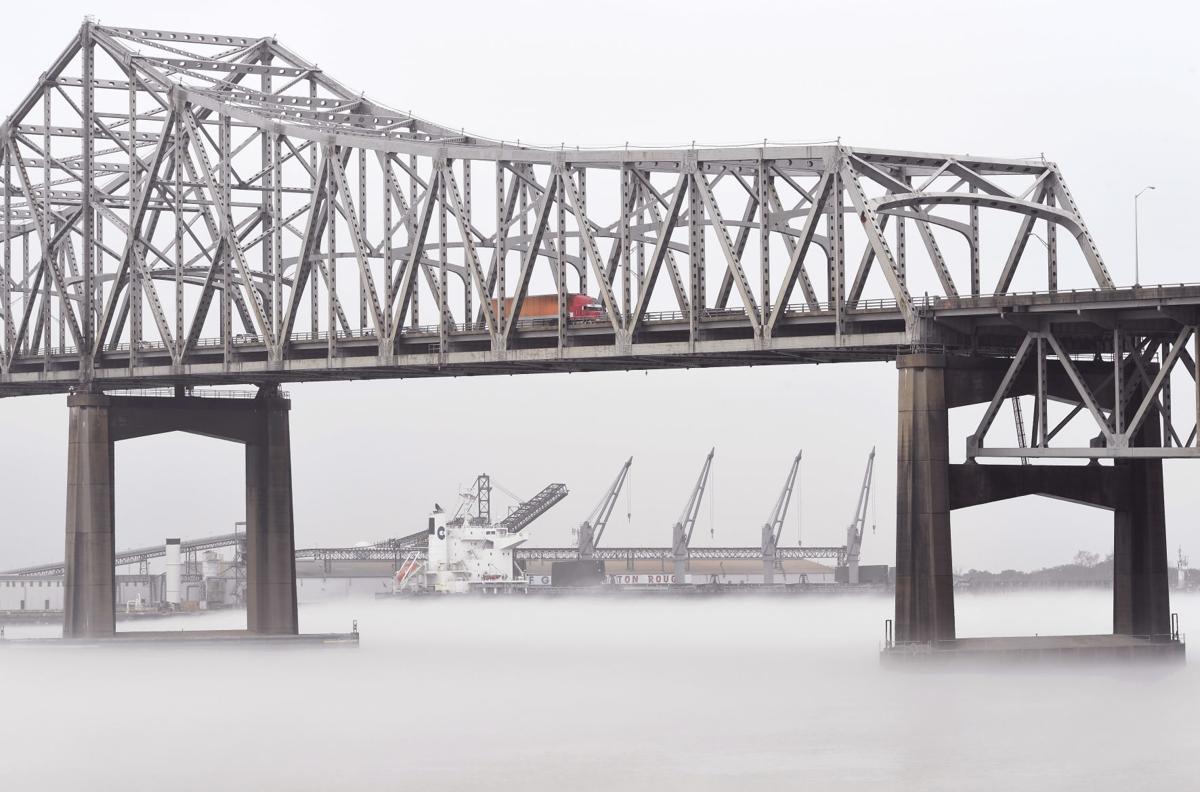 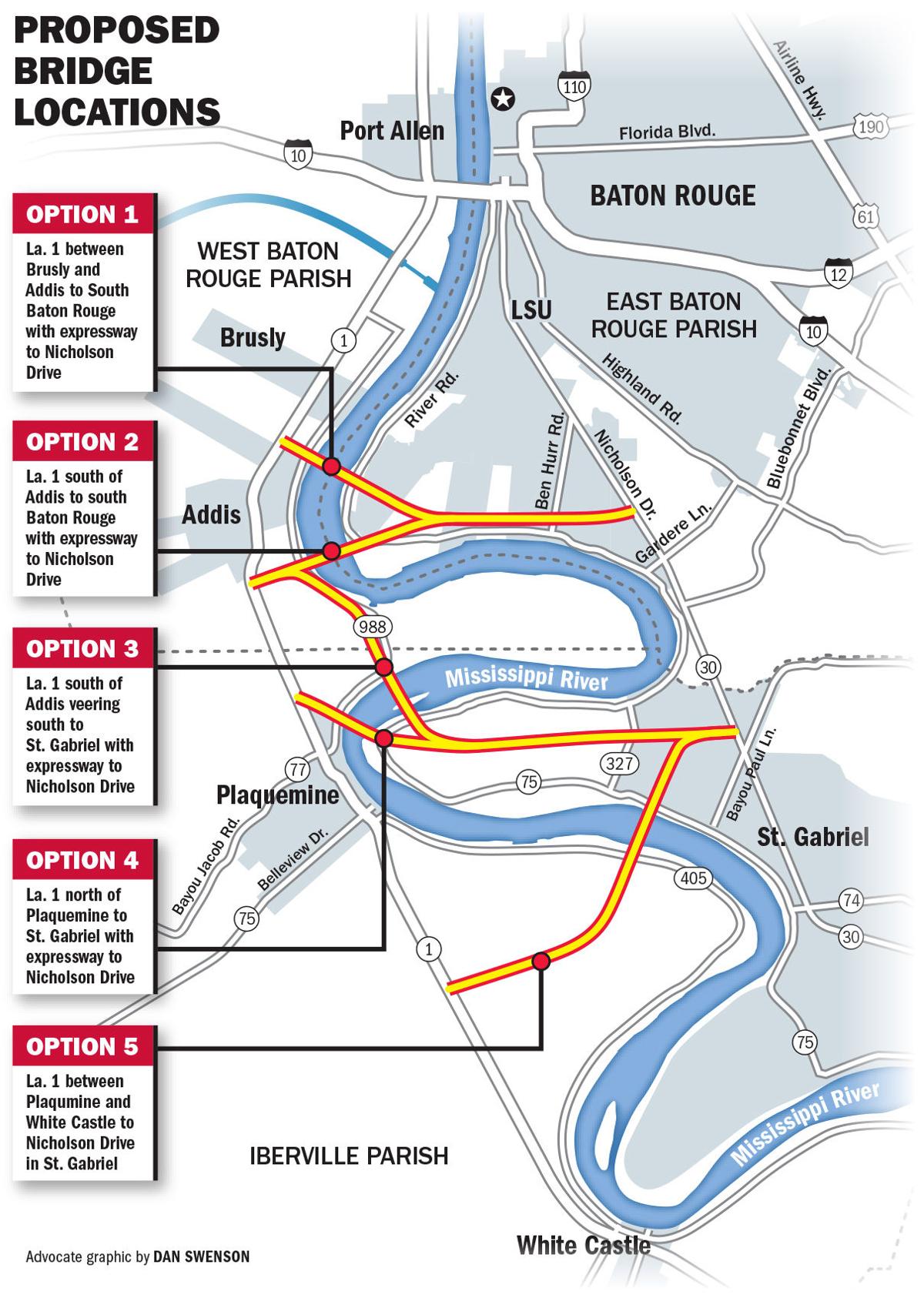 Crafting a public-private partnership could hold the key to financing a new $1 billion bridge across the Mississippi River in Baton Rouge, according to members of a new panel tackling the issue and the lawmaker who helped create it.

The commission, which faces huge financial and political hurdles, met for the first time last week amid speculation on whether some combination of tolls, sales and property taxes could win voter approval, and make a new bridge reality.

But state Sen. Rick Ward III, R-Port Allen, who sponsored the 2018 law, said tax hikes should be a last resort in trying to answer daily motorists complaints about backups on both sides of the river.

Ward said the state needs a creative financing approach, like a public-private partnership, for the brunt of the costs.

Under such an agreement, one or more firms would agree to handle construction costs in exchange for a long-term revenue stream, including a profit. "I don't see any other way for it to get done," Ward said.

That measure will generate nearly $912 million for parish road and bridge needs.

Broome said that, in her role as a member of the advisory board of the U.S. Conference of Mayors, finding ways to make more use of public-private partnerships is a recurring theme.

She also said finding a location for the bridge — there are five under review — should be a priority.

While talk about a new bridge has gone on for two decades, sporadic efforts to make it happen in the Louisiana Legislature have gone nowhere.

The current bridge that gets most of the traffic is more than a half-century old, but Louisiana also has a nearly $14 billion backlog of transportation needs.

"The bottom line is we are talking about money, and the state don't have any," Ascension Parish President Kenny Matassa said.

Livingston Parish President Layton Ricks, another member of the panel, said it would be unfair for residents of just five of the state's 64 parishes to pay for a new bridge.

He said he doubts voters in Livingston Parish would back a tax hike for a bridge in Baton Rouge. "I absolutely think it is going to have to be public-private," Ricks said.

He said federal dollars and toll revenue are also needed.

Ward's legislation created the Capitol Area Road and Bridge District, which is run by a seven-member commission.

Aside from tolls, the panel has the authority to ask voters to approve a sales tax hike of up to 1 percent, a property tax increase in the five parishes and a bond issue.

"I think this group is powerfully suited to help us build momentum and public interest," Wilson said.

A $122 million project to replace the Belle Chasse tunnel and nearby movable bridge is being financed through a public-private partnership, federal dollars and toll revenue.

In 2015, a state panel rejected a public-private deal offered by AECOM, a giant engineering firm, to build an $800 million, high-speed toll road around Baton Rouge.

Wilson said private officials from China, Australia, Europe and Canada have expressed interest in teaming up with the state to build a new bridge.

"Lots of them have been in our office talking about the P3 possibilities in Louisiana, and that is absolutely one of the prime targets," Wilson said of the Baton Rouge project.

While five potential bridge crossings are under review, more could be added, DOTD officials said.

On the west side of the river, they range from just south of Brusly on La. 1 to south of Plaquemine, roughly across from St. Gabriel on the east side.

All five would empty eastbound traffic onto La. 30, or Nicholson Drive, from just north of Gardere Lane to just north of St. Gabriel.

Costs range to just over $1 billion. More money would be required to upgrade connector routes on both sides of the river — La. 1 and La. 30.

One of the projects to be funded by the half-cent sales tax boost in East Baton Rouge Parish is La. 30 between Brightside Drive and the Iberville Parish line.

Three of the five potential locations were part of talks to build a loop around Baton Rouge.

That push died in part because of spats among officials in the same parishes trying to find a way to finance a new bridge.

"I was really excited about this thing and thought we had a really good chance," West Baton Rouge Parish President Riley "Pee Wee" Berthelot said of the bridge effort.

"It kind of blew it out of the water," Berthelot said. "Now I am not so optimistic how it is going to get done."

Berthelot said a public-private partnership is one option, and he and Ward noted that Shaw Group founder Jim Bernhard said in December that his firm — Bernhard Capital Partners — would be willing to help underwrite the costs of a bridge.

Berthelot also said West Baton Rouge, Ascension and Iberville parishes could generate nearly $30 million a year by boosting their sales tax by half a cent, with the money used for road improvements entering and leaving the bridge.

Mitch Ourso, president of Iberville Parish, said using a public-private partnership to pay for much of the project is a viable option.

Ourso has sought assurances that businesses, which would be most affected in any property or sales tax hike, would get behind any measure submitted to voters.

Ward said voters would support a plan that spells out specific projects rather than giving state government a blank check.

"Let's put the plan together as efficiently as possible, get a price-tag, figure out how we pay for it and let's go build."

Toll revenue would pay for only 17 percent of a new bridge across the Mississippi River in Baton Rouge, a top state official said Tuesday.

The state of Louisiana is receiving $45 million from the federal government to help replace the Belle Chasse tunnel and movable bridge, Gov. J…

A new bridge across the Mississippi River in Baton Rouge is doable but would require support from voters in five area parishes, the founder of…