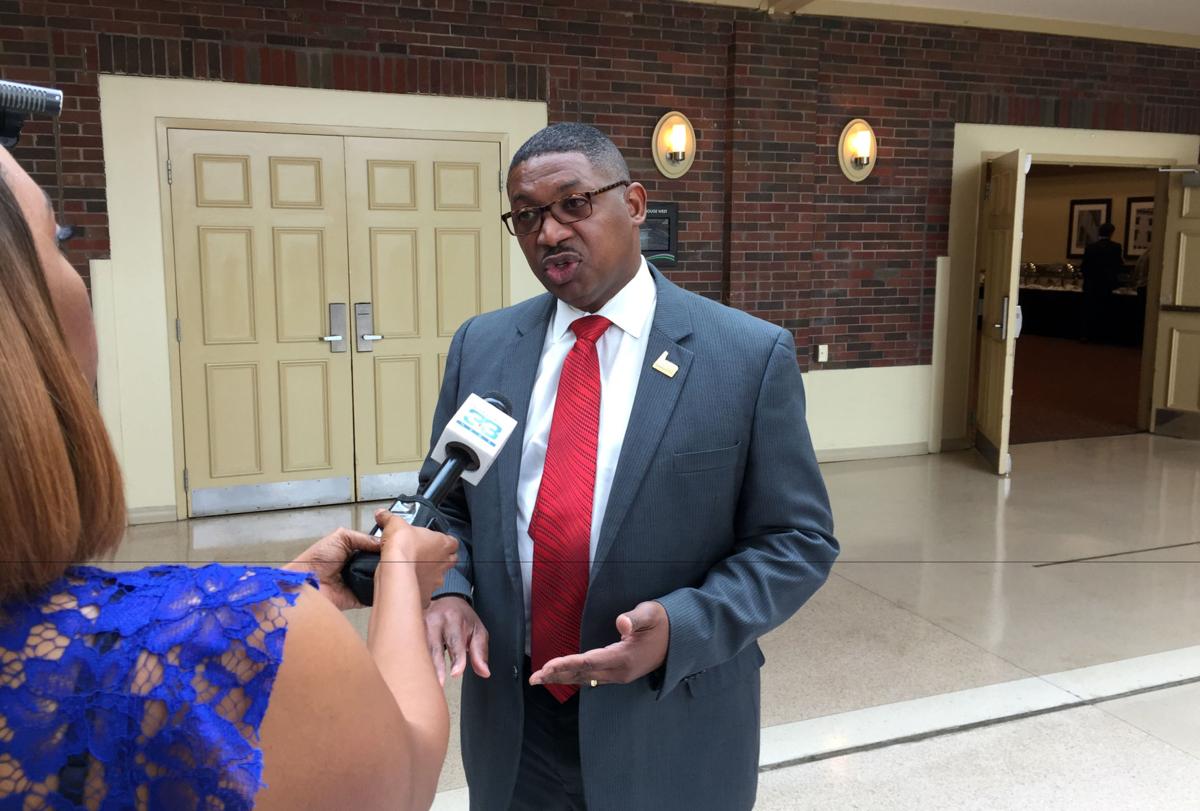 Shawn Wilson, secretary for the state Department of Transportation and Development, said Monday, March 18, 2019 that trying to push an increase in the gasoline tax that business groups are advocating will be difficult during an election year.

Shawn Wilson, secretary for the state Department of Transportation and Development, said Monday, March 18, 2019 that trying to push an increase in the gasoline tax that business groups are advocating will be difficult during an election year.

Despite a push from trade groups, Louisiana's transportation chief said Monday he doubts the Louisiana Legislature will seriously debate a hike in the state gas tax in 2019.

"I think it is very difficult to expect that they are going to do it," said Shawn Wilson, secretary for the state Department of Transportation and Development.

The legislative session starts April 8, and a group called the Louisiana Coalition to Fix Our Roads has launched a $500,000 campaign to force a debate on the issue.

'We have to find a solution': Louisiana coalition turns to digital media in latest push for gas tax hike

One year after a gas tax hike died in the Legislature, trade groups and others are kicking off a $500,000 campaign to force another legislativ…

It is led in part by former state Rep. Eric Ponti of Baton Rouge, executive director of the Louisiana Asphalt Pavement Association.

"These people are going to leave the Legislature in June and go start running for office," he told reporters.

Wilson made his comments during and after an appearance at the Press Club of Baton Rouge.

The Legislature can only debate general tax hikes in alternative years, and 2019 is a fiscal session, which means it could legally happen this year.

Wilson said it is no accident that fiscal sessions coincide with election years.

"I think it was designed to make it hard to raise taxes right before an election," he said.

Motorists pay 38.4 cents per gallon, including 20 cents in state charges.

Wilson and others in 2017 pushed a 17 cent increase in the state gas tax, which would have raised about $500 million per year for roads and bridges.

That legislation never got a vote on the House or Senate floor.

"I think 2017 was a golden opportunity that was missed," Wilson said. "The reality is we are dealing with those consequences."

The state's backlog of road and bridge projects has risen from $13.1 billion two years ago to $14.3 billion today, including about $9 billion in bridge work.

State lawmakers said in 2017 that even constituents who complain about road and bridge conditions were opposed to paying more at the pump.

Just the possibility of a gas tax increase this year has sparked a drive to kill it, including 15-second ads attached to the video screens on gasoline pumps in metro areas.

That effort is being led by the same group that helped kill the 2017 effort — Americans for Prosperity, which is based in Virginia.

Leaders of that group contend that, while infrastructure needs improvements, state officials are too dependent on collecting more tax dollars.

"Gas tax increase proponents don't have the support of the public any more than the referees in the Saints' playoff loss; they never have," John Kay Jr., state director of Americans for Prosperity said in an email Monday.

"If this was a popular policy proposal, legislators would embrace it in an election year rather than run for the hills," Kay said.

But Ponti, also in an email, said his group is confident of a "robust" gas tax debate this year, especially because it has been three decades since the last increase.

"And there couldn't be a more opportune time to have the debate than during an election year when candidates and voters are most engaged in the process," he said.

In other areas, a project aimed at improving traffic near the Mississippi River bridge will be finished in July, Wilson said.

Are daily traffic backups near the Mississippi River bridge really the worst in America?

The $8.7 million effort will create a new, Terrace Avenue left off Interstate 110 South.

Doing so, state officials say, will reduce daily traffic backups caused by motorists crossing multiple lanes of traffic, against eastbound drivers leaving the bridge, to get to the Washington Street exit.

Instead, travelers will be able to reach Washington Street by using the Terrace Avenue exit.

Wilson also said the widening of Interstate 10 between Highland Road and La. 73 in suburban Ascension Parish will be finished next year.

Gov. John Bel Edwards and a host of other politicians Thursday celebrated the launch of a rare, high-profile highway project: widening Interst…

The $72 million project is adding a new lane in each direction.

Wilson said when the work is finished, it will trim 15 minutes off the daily morning and even commutes for those traveling from southeast Baton Rouge, Ascension and other areas.

Lafayette-based helicopter services company PHI Inc., which filed for bankruptcy last week, posted a net loss of $141.5 million, or $8.95 per …

Bonne Vie Macarons, which began as a cooking challenge for owner Heather Degeyter, has transformed from a home-based business to its own store…

The local franchisee of Hebert’s Specialty Meats plans to open a location on Jefferson Highway, in the space that had most recently been occup…

Despite a push from trade groups, Louisiana's transportation chief said Monday he doubts the Louisiana Legislature will seriously debate a hik…

Who's drilling in Louisiana? Here are the well permits filed for March 9-16