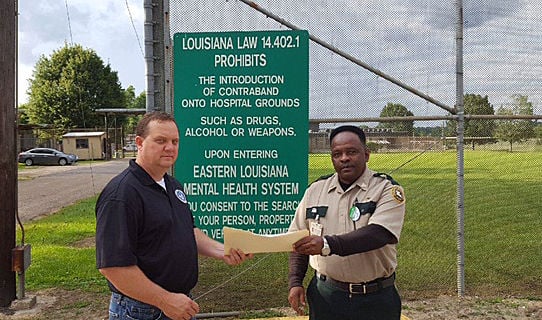 State Rep. Kenny Havard, R-St. Francisville, receives a petition Monday, June 19, 2017, from Phillip Newton, right, and other employees of the Eastern Louisiana Mental Health System facilities in Jackson. The employees are concerned about an increase in violence on staffers by the patients. 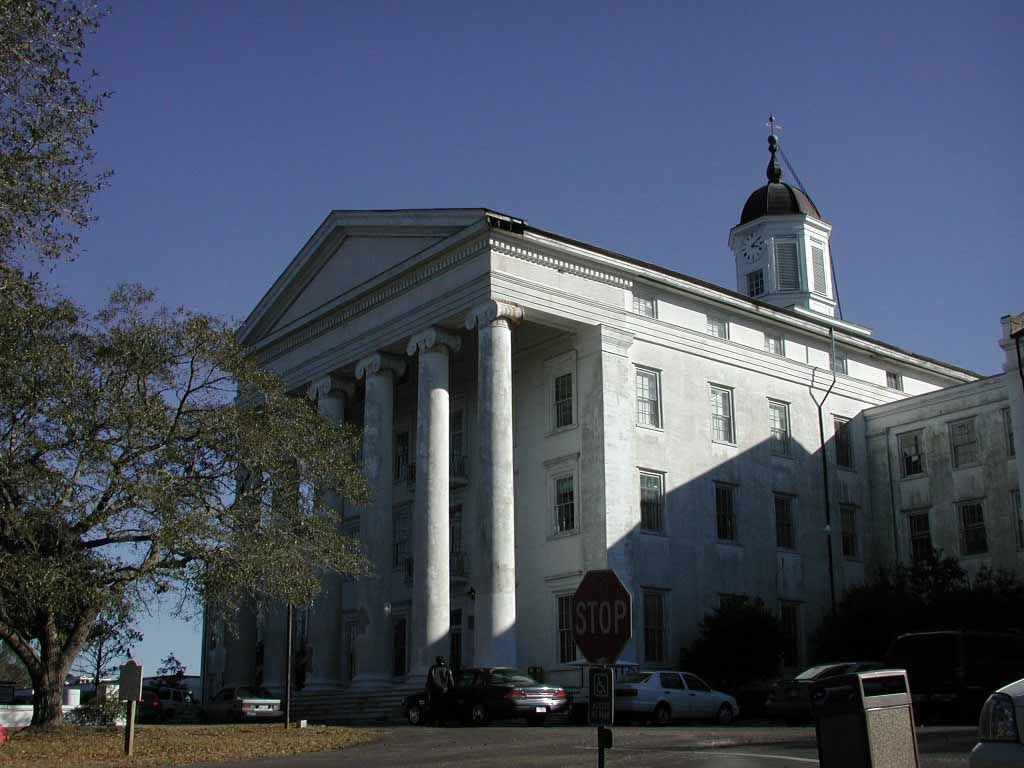 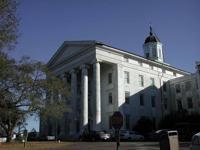 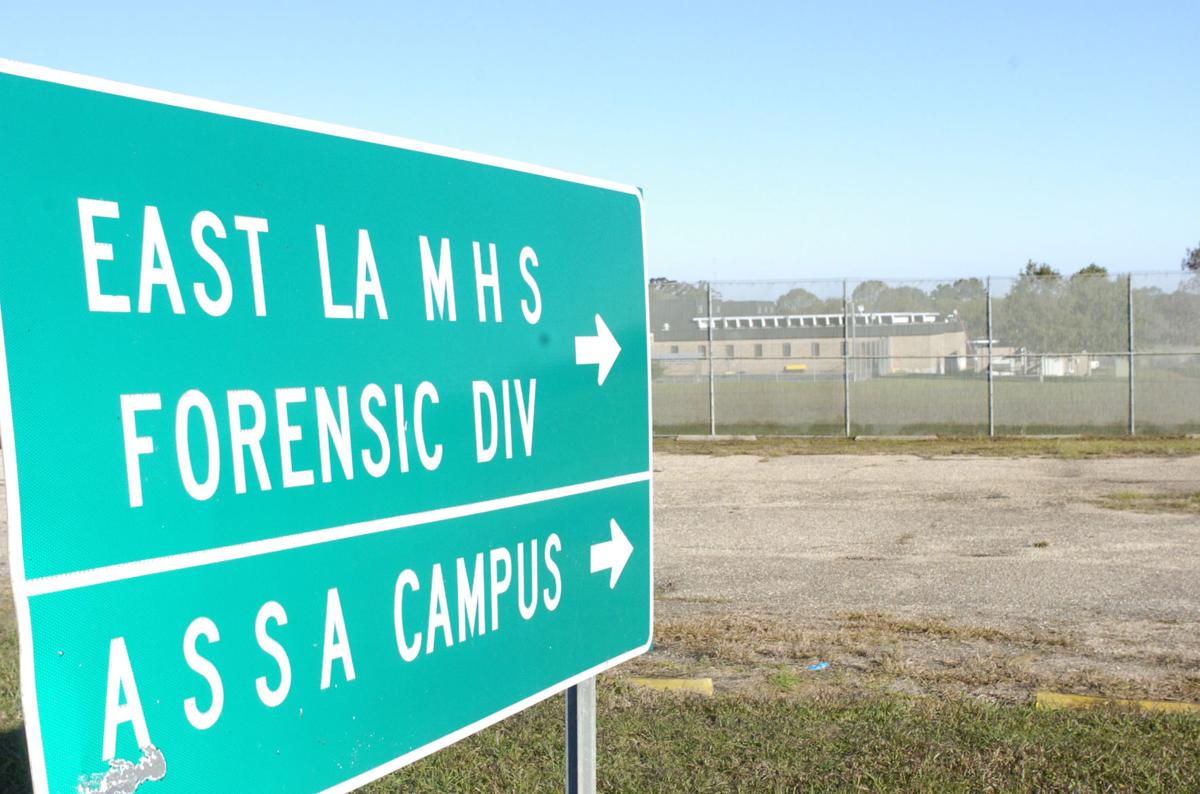 State Rep. Kenny Havard, R-St. Francisville, receives a petition Monday, June 19, 2017, from Phillip Newton, right, and other employees of the Eastern Louisiana Mental Health System facilities in Jackson. The employees are concerned about an increase in violence on staffers by the patients.

Phillip Newton said Monday he first began to notice a dramatic increase in violence by the once rare, now almost daily, emergency code blasting over radios and intercoms.

Other Eastern Louisiana Mental Health System employees working directly with the mentally ill patients began to suspect an uptick because of lunchroom tales about broken bones.

“We don’t know what’s going. But we need to know,” said Newton, who has been punched in the nose, hit in the eye and kicked to the floor in three separate instances during the past six months.

The staff’s gut feeling that they now are more vulnerable to violence is correct.

The number of attacks on staffers by the facility’s clientele has nearly quadrupled from 142 instances in 2012 to 522 in 2016, according to the Louisiana Department of Health. And, so far in 2017, the numbers are on track to be third higher than last year with about 700 attacks.

Thirty-five miles north of Baton Rouge in the town of Jackson, ELMHS is the second state institution in the past three months to have staffers report increased violence directed at them by patients they serve.

“There has been an increase in client aggression towards staff. That is accurate,” Steve Lea, the chief executive officer at ELMHS, told The Advocate Monday. But the state is aware of the problem and taking steps to address it, he said.

Lea points to the criminal courts that have been sending more patients, whom he calls clients. The facility accepts both civil commitments and criminals awaiting trial or found not guilty because of their mental illness. But the increase in court referrals has been a trend nationally and Lea wouldn’t speculate as to why Louisiana has seen such population increases.

In 2012, the institution added an average 18 new patients per month. Now that monthly average has climbed to 27. The facility has 595 beds and 443 therapeutic guards.

Unlike Pinecrest Supports and Services Center near Pineville, where the state in April shipped out some of its more violent intellectually handicapped patients because of attacks on staffers, ELMHS cares for a mentally ill population that also includes clients who have committed crimes.

Some of the patients Pinecrest removed were sent to ELMHS. “We can’t move our patients anywhere else. We don’t have an option,” Lea said.

About two-thirds of the direct-care staffers signed a petition and handed it Monday to their local legislator, state Rep. Kenny Havard, asking his help to determine how many staffers have been injured and just what those injuries were.

The petition asks Havard to gather injury reports – many of which are unavailable to the public – “so that the Legislature can make an informed decision to ensure adequate funding of the facility.”

The facility’s funding has been growing from $91 million in fiscal year 2013 to $112 million for the fiscal year that begins July 1.

Havard says the raw numbers miss the point. The funding has been inadequate to keep staffing levels inline with a larger, more dangerous population. Over the past 10 years, national authorities have been moving away from restraints and isolation as a form of treatment. The new methods require more eyes on patients, he said.

“We’ve cut back on staffing so much that they’re vulnerable,” said the St. Francisville Republican. “It’s creating safety problems.”

Another part of the problem is that employees at the facility are paid less than the workers at the nearby prisons.

“They get trained as therapeutic guards, and then they can take the better paying jobs with more benefits,” Havard said. In and around the small town of Jackson are two prisons, a couple of state-run nursing homes, and myriad of other state offices.

“We need to hire more staff. And we need to keep the ones we hire and train,” Newton said. “A lot of people are leaving and they’re not being replaced. And the staff they’re hiring are not staying after they’ve been trained.”

Because of employee turnover, sometimes a single staffer will oversee eight or 10 patients alone, said Newton, who also is vice president of Local 1695 of American Federation of State, County & Municipal Employees, called AFSCME.

“We have some employees who work 14 days straight,” Newton said. And when they finally get a day or two off, short-staffing often means they get called back to work to fill a gap.

Lea, the head of the 169-year-old facility, disagrees that staffers are left alone. But he says that pay is one of the prime reasons given in exit interviews for employees leaving the facility.

Lea said the state is looking for ways to pay more and provide better benefits. At the same time, the facilities are supplementing the full-time staff with experienced part-timers, like retirees in order to keep the staffing up. The state also has been training its direct care workers on how a group of them can handle violent patients as a team rather than by themselves.