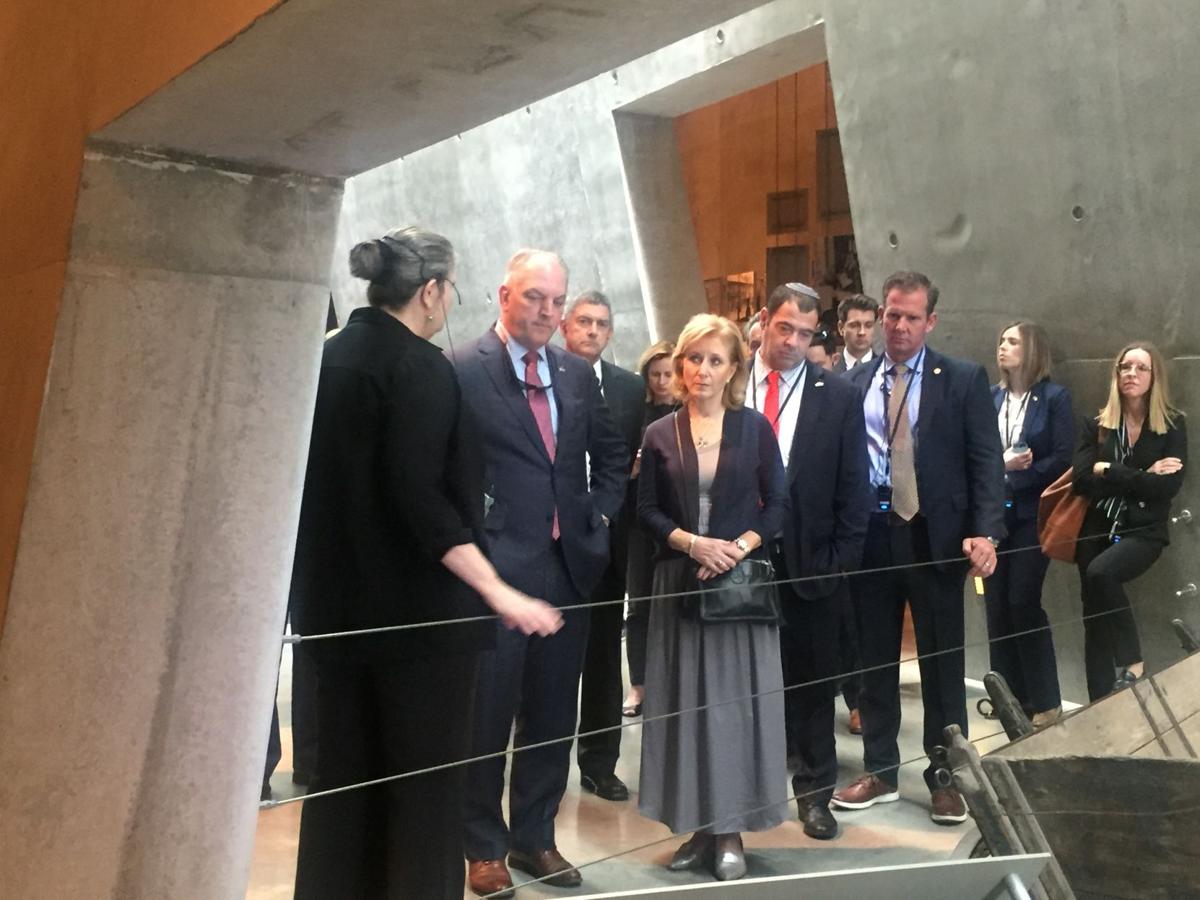 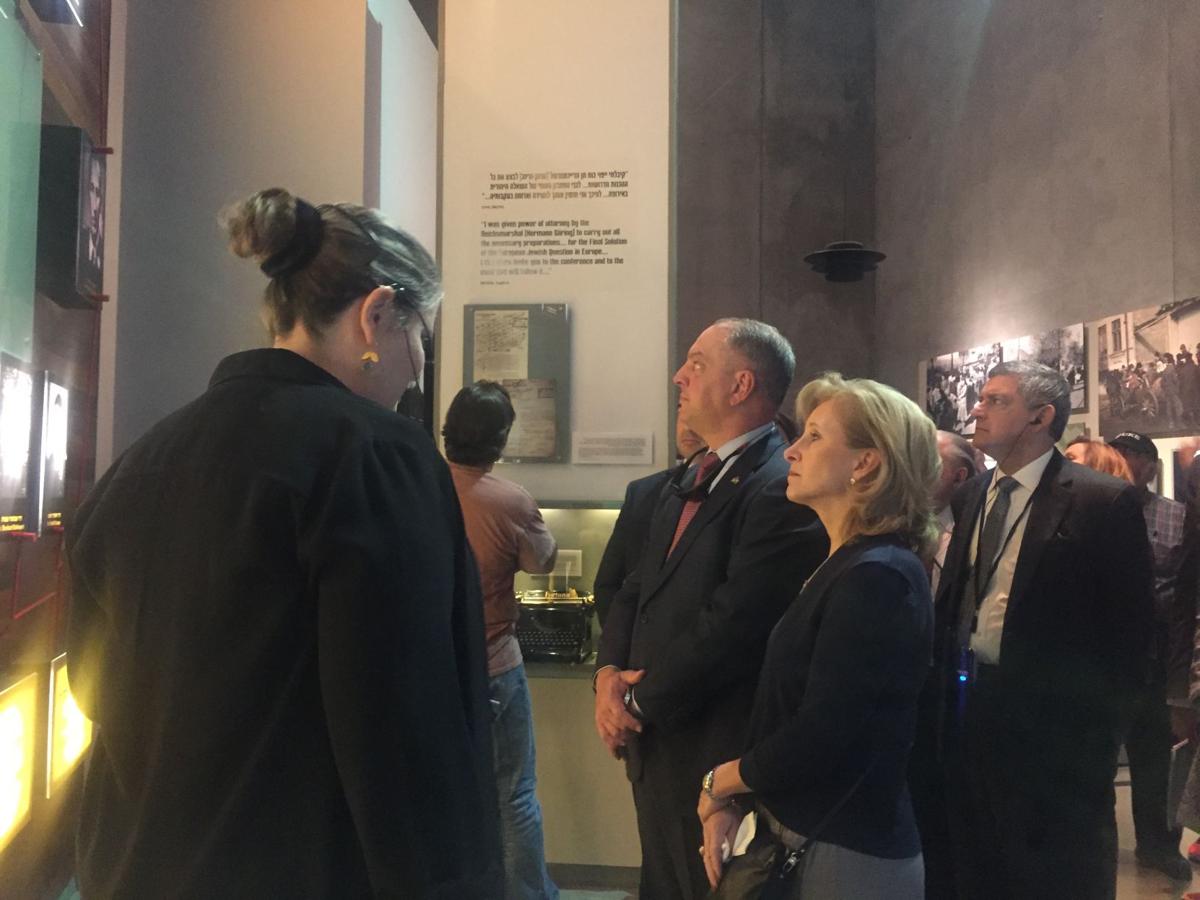 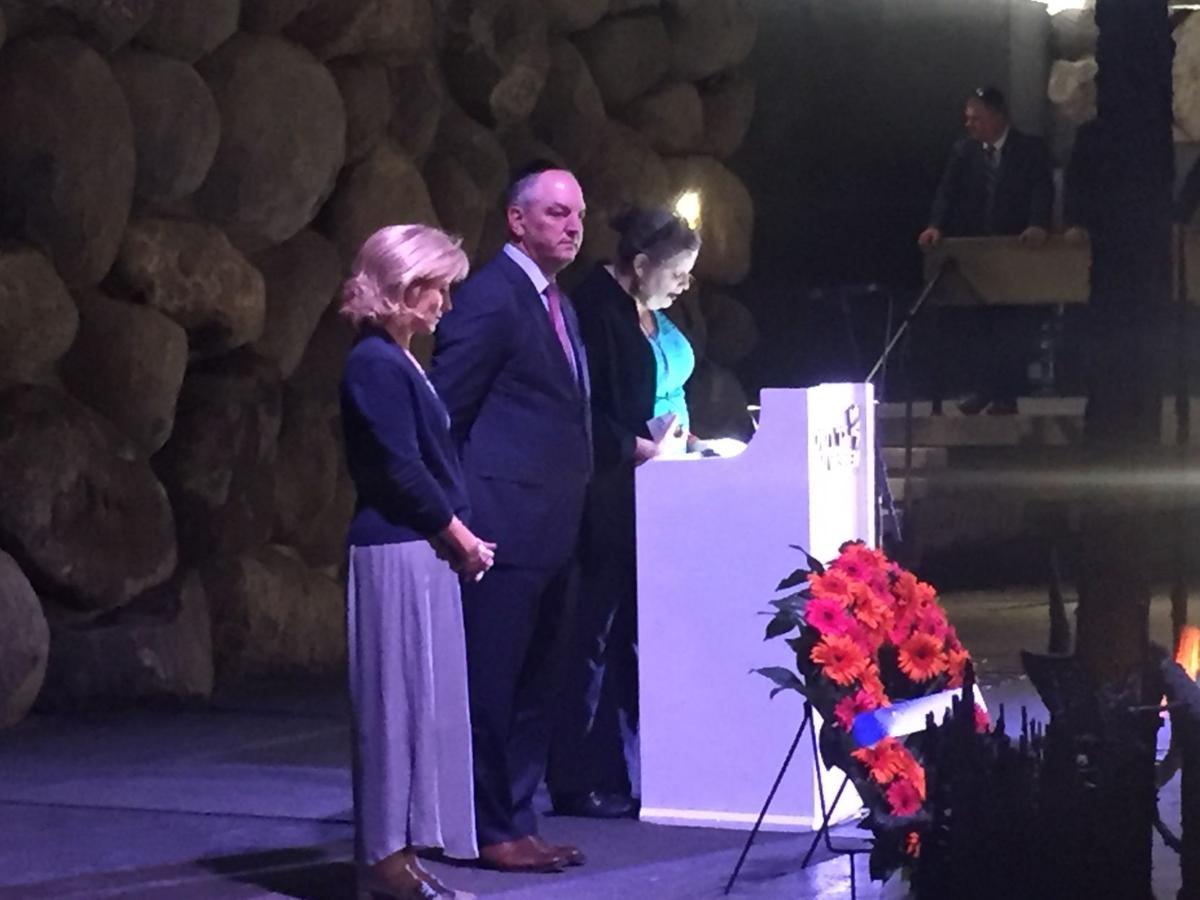 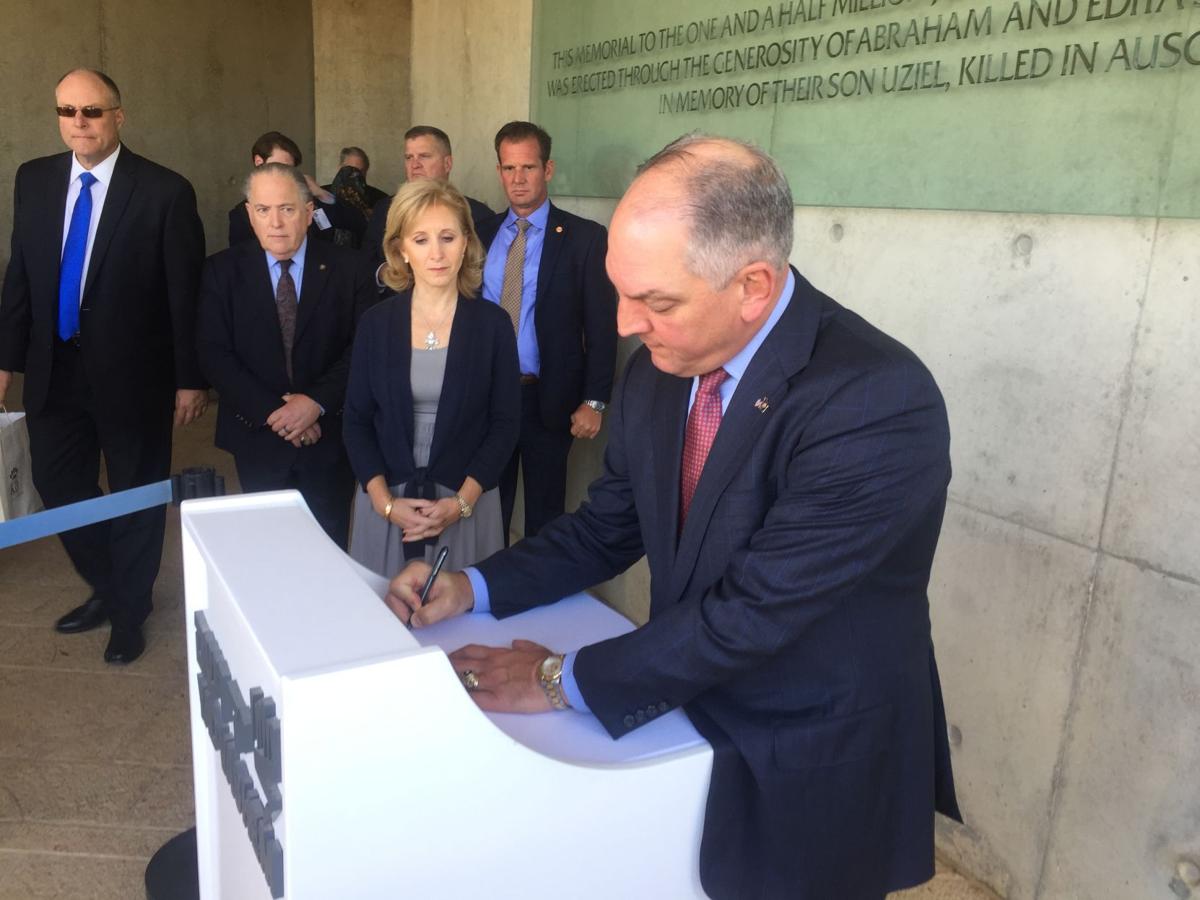 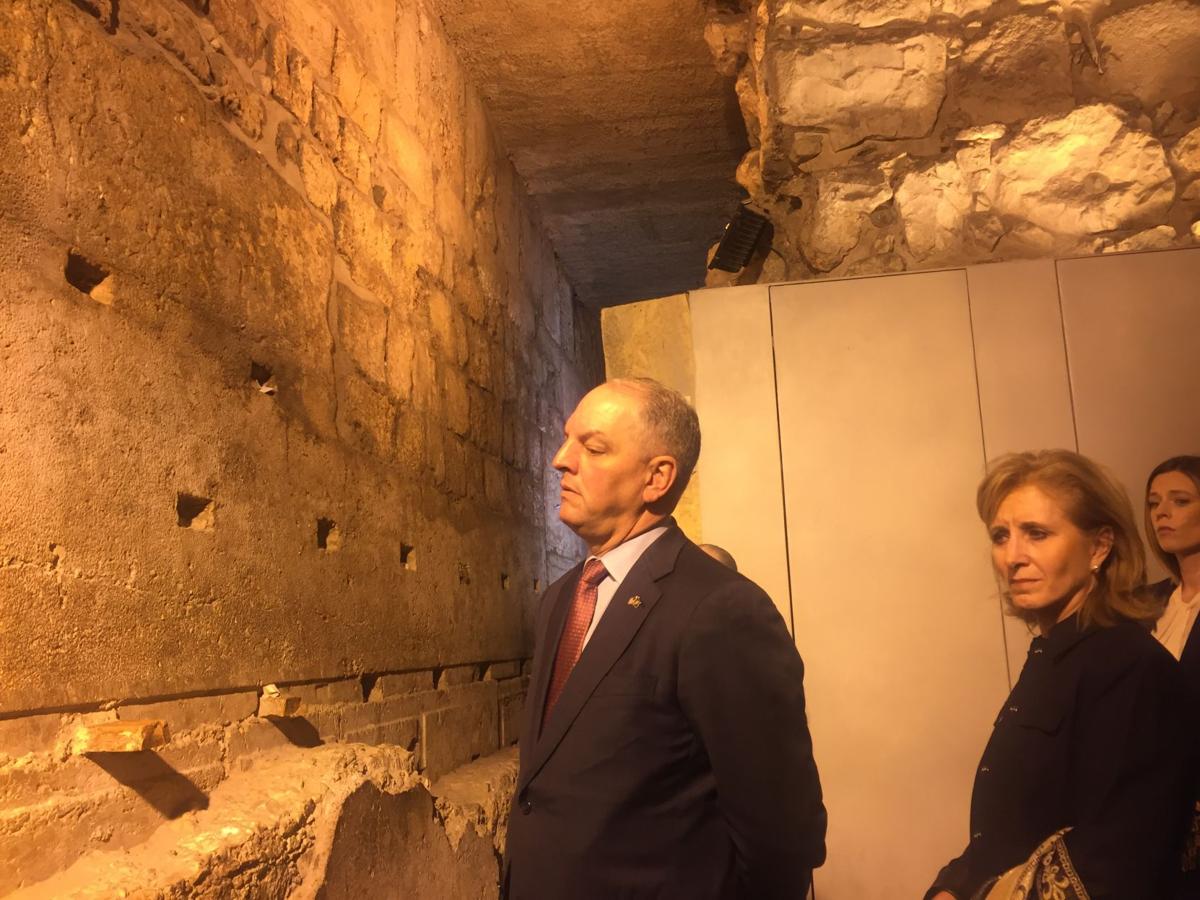 JERUSALEM — Gov. John Bel Edwards laid a wreath for victims of the Holocaust as the world wrestled with brutal victimization back home.

Eleven people were killed and several more were injured Saturday in an attack on a Pittsburgh synagogue.

"It's tragic," Edwards said during his opening remarks at his first business meeting of Sunday — a meeting with the Minister of Energy for Israel.

Before a week packed with leading business people the governor scheduled a lot of cultural attractions.

At Yehuda Deutsch, Edwards' tour guide at the Western Wall urged members of the group to remember victims of the Pittsburgh shooting as they prayed before leaving.

JERUSALEM — Gov. John Bel Edwards is in Israel this week to hold meetings with business and government leaders about potential partnerships wi…

Edwards, who is Catholic, attended an early-morning Mass at the Church of the Holy Sepulchre and a Holocaust remembrance ceremony at the memorial museum.

It is Edwards' third major trip out of the country as governor. He previously traveled to Cuba to discuss trade opportunities and to the Vatican City on an anti-human trafficking mission.

He joins a long list of governors who have made recent trips to Israel, including Florida Gov. Rick Scott, Mississippi Gov. Phil Bryant and Wisconsin Gov. Scott Walker.

Edwards is expected to take part this week in signing for memorandums of understanding that can further work with the Water Institute of the Gulf with Israel's own water research institute.

He will also meet with energy leaders and businesses that focus on the energy and cybersecurity sectors, as well as experts in intermodal transportation.

Edwards and his entourage will depart Jerusalem on Monday to finish out the mission trip in Tel Aviv and other parts of Israel, including a meeting with Prime Minister Benjamin Netanyahu.

Check back with The Advocate for more updates.

Stay a while: Airbnb industry now a popular choice for overnight stays in Acadiana

Wherever there is tourism, Airbnb has been disrupting the industry as property owners and investors see opportunity at their doorstep.

How I Got Here: Pop's Poboys co-owner and chef Collin Cormier

Colin Cormier is a chef and co-owner of Pop's Poboys along with his wife, Jasmyne. He is also corporate chef and part-owner of Central Pizza. …

Michelle Ezell with Tsunami restaurant on the Discover Lafayette podcast: Downtown eatery has been a family affair

JERUSALEM — Gov. John Bel Edwards laid a wreath for victims of the Holocaust as the world wrestled with brutal victimization back home.

Gov. John Bel Edwards will travel to Israel later this month as part of an economic development mission with a focus both on cyber security an…