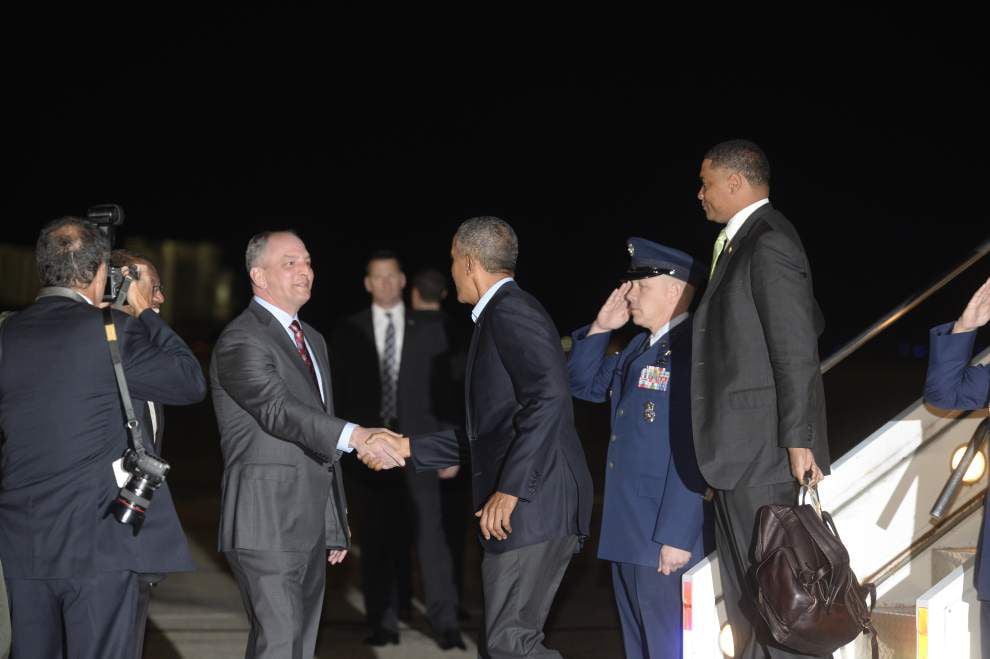 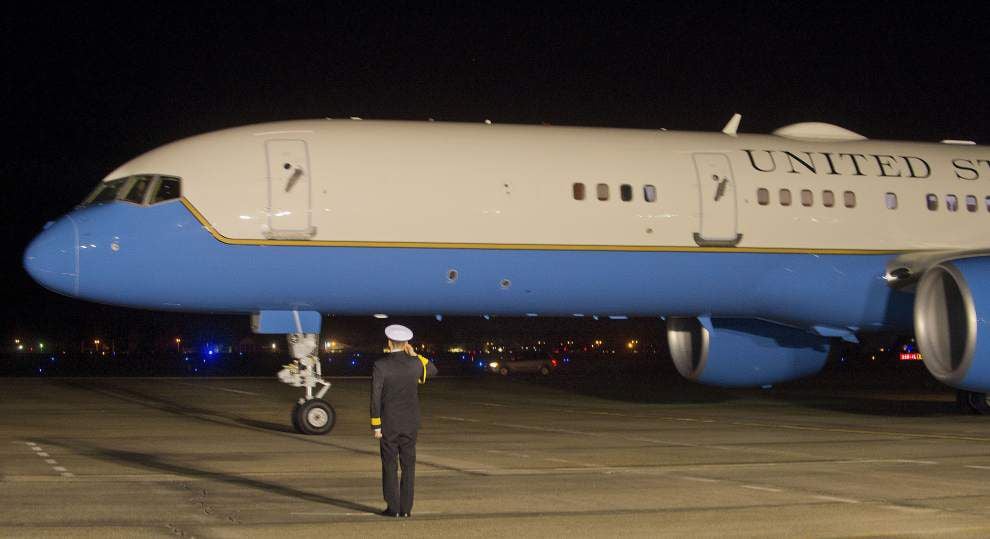 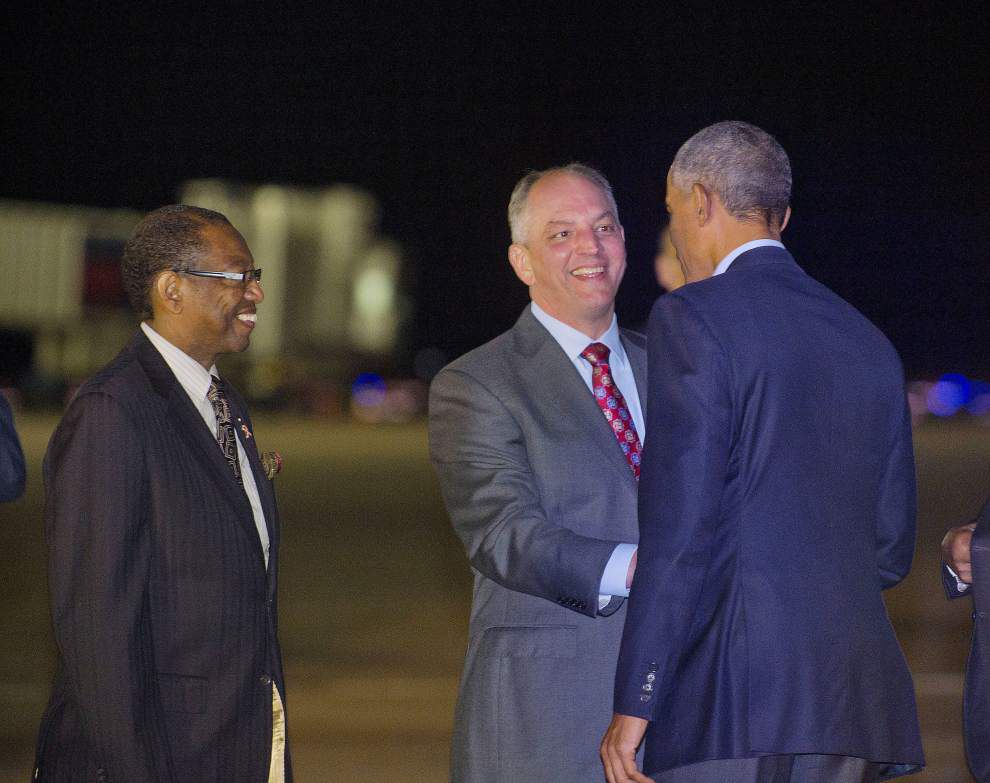 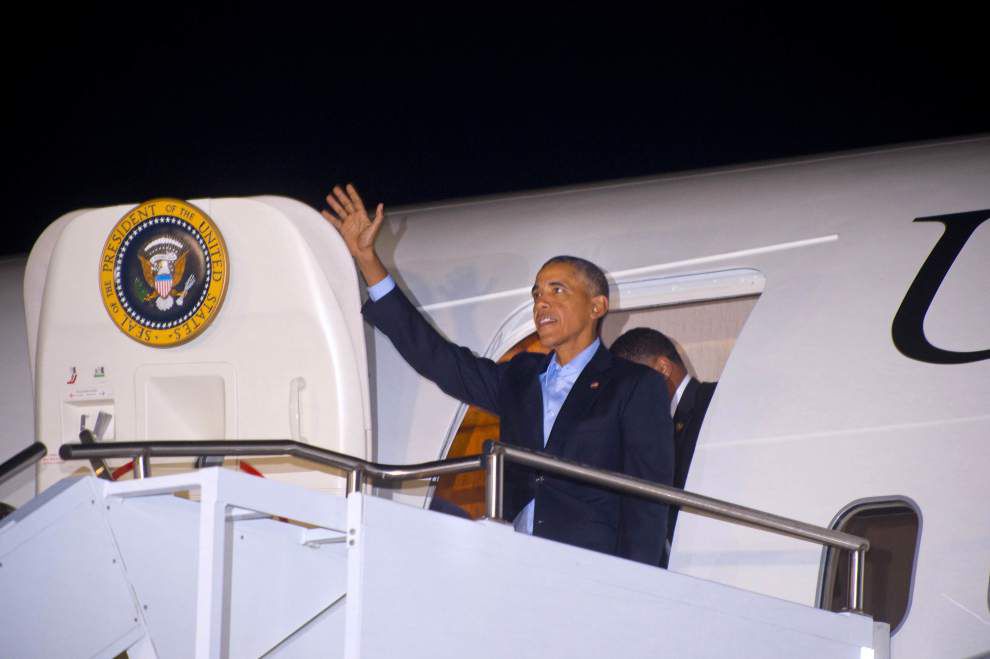 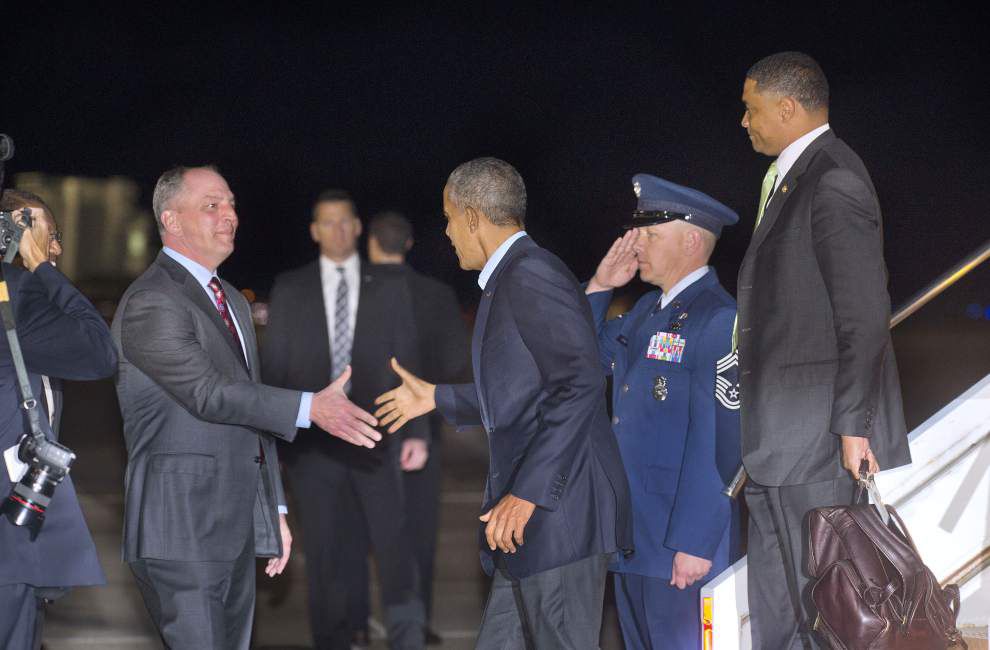 President Barack Obama is expected to continue to paint a rosy picture of the nation’s future when he appears at McKinley High in Baton Rouge on Thursday — his second major address following this week’s State of the Union speech.

He’s also likely to tout what he sees as successes in his signature health care law, following Louisiana’s move to become the 31st state in the nation to voluntarily expand Medicaid through the federal Affordable Care Act this week. Obama plans to propose legislation in his budget proposal for the coming year that would extend the federal match period for states, like Louisiana, that opt in late.

Obama, who appeared in Omaha, Nebraska, on Wednesday, used his final State of the Union speech Tuesday to try to calm the nation’s fears over the economy and terrorism.

“Our unique strengths as a nation — our optimism and work ethic, our spirit of discovery, our diversity, our commitment to rule of law — these things give us everything we need to ensure prosperity and security for generations to come,” he said.

The McKinley High event, which was first announced Monday, is similar to appearances Obama has held following past State of the Union addresses to reinforce his central themes.

He previously has visited New Orleans, but this is his first official stop in Baton Rouge.

Gov. John Bel Edwards, who on Monday became the state’s only Democratic statewide officeholder, greeted Obama warmly at the Baton Rouge airport on Wednesday. The two Democrats shook hands and appeared to share a laugh before boarding the presidential motorcade.

Edwards planned to ride with Obama to his hotel — the Holiday Inn on Constitution Avenue. The two were expected to discuss Medicaid expansion and Obama’s latest plan to extend the federal 100 percent match period for states that have opted in later than others.

It was Edwards’ first time meeting the president, though he served as an Obama delegate in the 2012 Democratic National Convention.

On Tuesday, Edwards signed an executive order to set off the process of expanding Medicaid.

An estimated 300,000 Louisiana residents are expected to benefit from the program, which Republican Gov. Bobby Jindal rejected as part of his larger opposition to the president’s policies.

White House press secretary Josh Earnest said Edwards’ action to embrace the program was key to opening discussions on the health care law frequently referred to as “Obamacare.” Edwards, a former state representative from Amite, defeated Republican U.S. Sen. David Vitter in the Nov. 21 gubernatorial runoff and was sworn in on Monday.

“Gov. Edwards, in the course of his campaign, talked about the fact that there are plenty of things he disagrees with President Obama about, despite the fact they’re in the same party,” Earnest said. “But he won’t let those disagreements on those other issues become an impediment to doing something good for working families in Louisiana.”

But Earnest said that didn’t discourage him from coming to Baton Rouge.

He said Obama will continue to lay out a vision for the nation’s future that he touched on during his State of the Union address.

“In order to address these challenges and to capitalize on these opportunities, we need to have a political system that can support a discussion and a debate,” Earnest said.

Seemingly rejecting rhetoric that has dominated Republican presidential campaigns in recent months, Obama in his State of the Union repeatedly urged optimism in the country’s future.

“As frustration grows, there will be voices urging us to fall back into our respective tribes, to scapegoat fellow citizens who don’t look like us, or pray like us, or vote like we do, or share the same background,” he said. “We can’t afford to go down that path. It won’t deliver the economy we want. It will not produce the security we want. But most of all, it contradicts everything that makes us the envy of the world.”

Obama also called for serious action to address poverty — one of the key issues stressed in Edwards’ inauguration speech.

“America is about giving everybody willing to work a chance, a hand up,” Obama said.