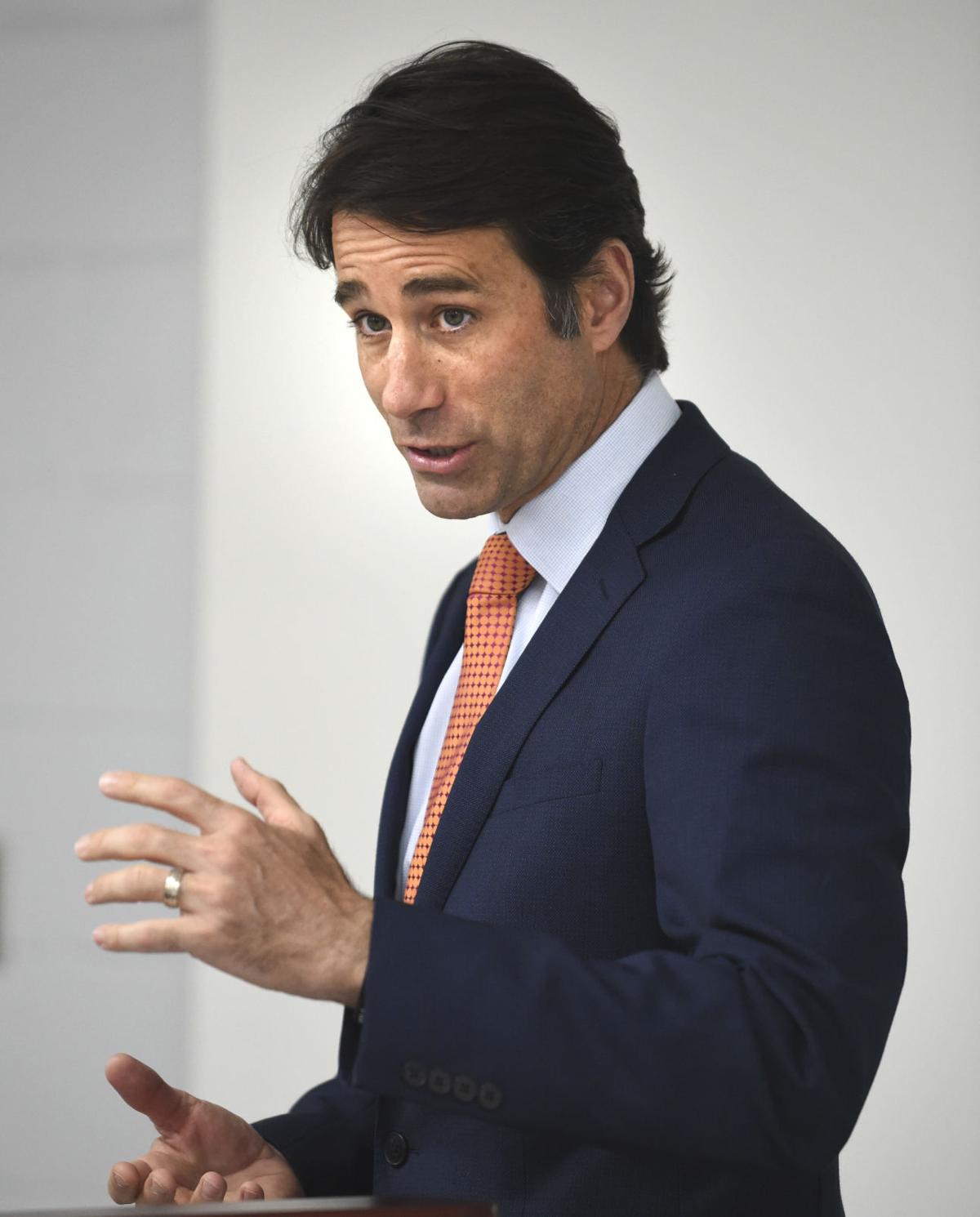 Congressman Garret Graves speaks during a ribbon cutting ceremony at Denham Springs High School, Tuesday, July 31, 2018, in Denham Springs, La. The building flooded in August 2016 and has since been repurposed for the school's ROTC program. 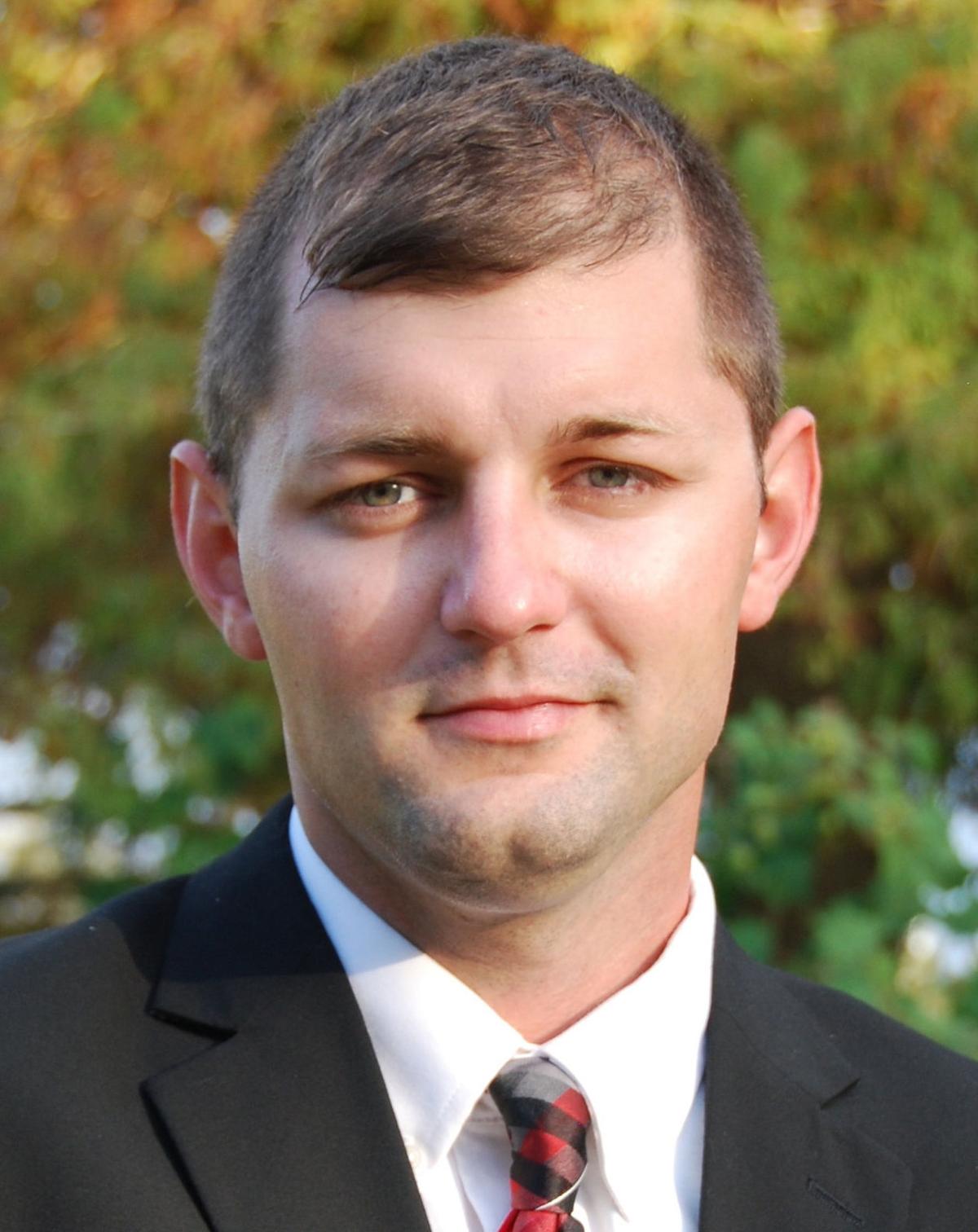 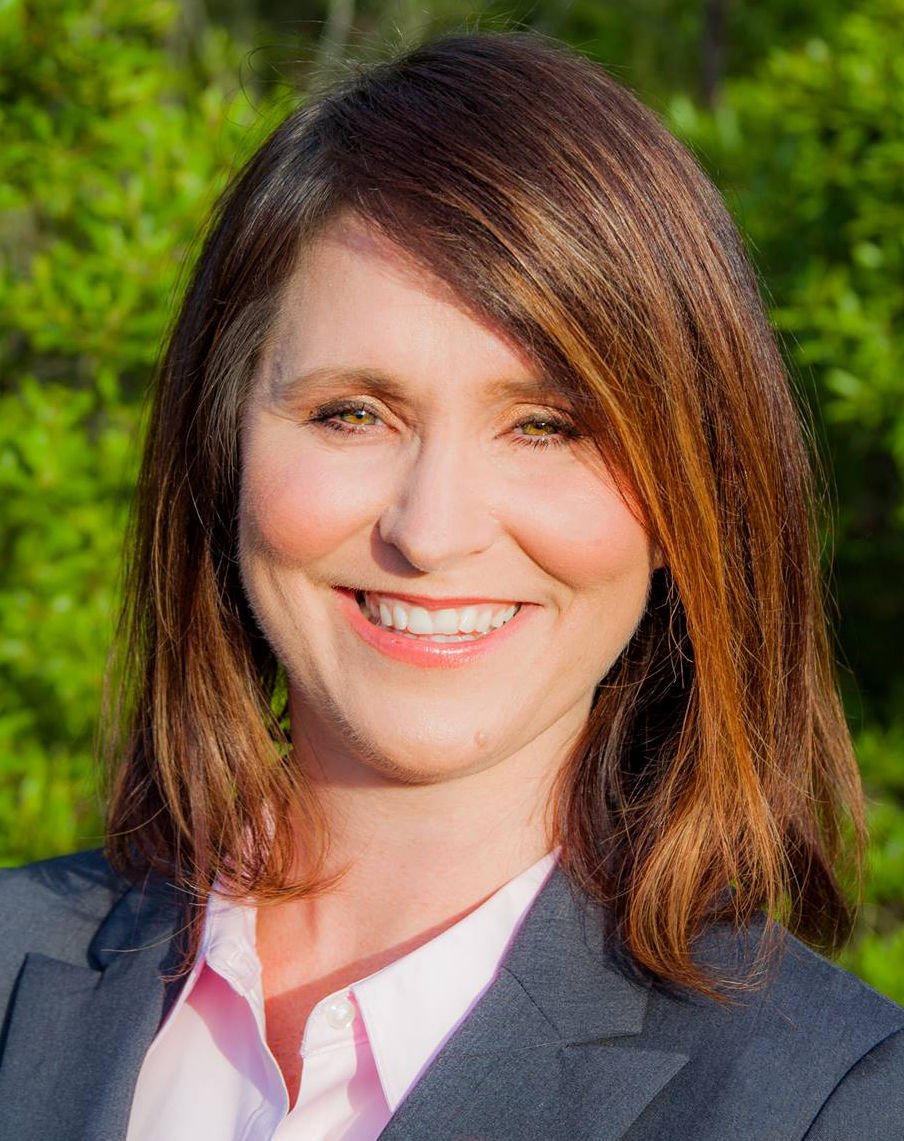 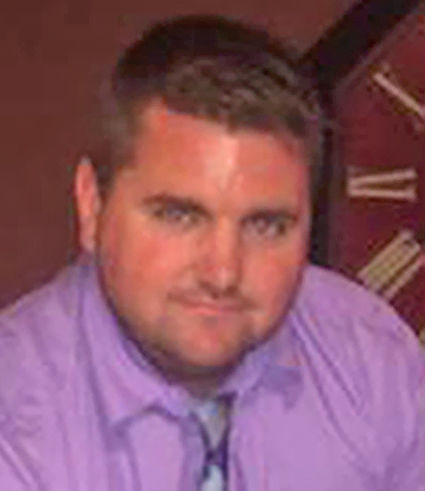 Congressman Garret Graves speaks during a ribbon cutting ceremony at Denham Springs High School, Tuesday, July 31, 2018, in Denham Springs, La. The building flooded in August 2016 and has since been repurposed for the school's ROTC program.

WASHINGTON — Much of U.S. Rep. Garret Graves’ congressional district has taken a battering over recent years from floods, hurricanes and coastal erosion.

As the Baton Rouge Republican campaigns for a third term, Graves points to a long list of altered regulations and federal funding he’s steered toward those problems — and toward the perennial complaint of traffic.

“Real people, real solutions,” Graves, 46, said repeatedly during an hour-long interview about his pitch to voters ahead of midterm elections, which pit Graves against three challengers — two Democrats and a conservative independent — on the Nov. 6 ballot.

Graves pointed toward hundreds of millions of dollars in Army Corps of Engineers funding for flood control projects — including the long-stalled Comite River Diversion Canal and the long-discussed new levee system along the west shore of Lake Pontchartrain — as a major accomplishment from the past term.

“Fixing stupid,” the slogan of a recent Graves television ad, is also a phrase Graves used several times to describe federal laws and regulations he’s worked to change since arriving on Capitol Hill as a congressman.

Congressman Garret Graves standing on I-10? DOTD chief among those surprised

U. S. Rep. Garret Graves, R-Baton Rouge, took the unusual and risky step of standing on Interstate 10 in Baton Rouge to film a 30-second TV ad…

The commercial, which features Graves standing on Interstate 10 in Baton Rouge at the Washington Street exit, highlights his work on eliminating the much-maligned interchange, which engineers have blamed for bottlenecking traffic.

Graves wrote much of a new law undoing a federal duplication-of-benefits regulation that had prevented owners of homes damaged in the 2016 floods who’d applied for Small Business Administration loans from getting Restore Louisiana rebuilding grants.

“These are things that matter on the ground. Real solutions for real people. I think that’s what our job is,” Graves said. “We’d put our record up against virtually anyone in terms of successes in getting things done.”

Louisiana’s 6th Congressional District is centered on Baton Rouge and its suburbs, including much of the Florida Parishes, but also reaches down into Lafourche and Terrebonne parishes on the coast and up into Pointe Coupee Parish.

Graves first won his seat in a crowded race to replace Sen. Bill Cassidy, a Republican who’d held the seat before running for the U.S. Senate. Graves beat a crowded field of Republicans before dispatching Democrat Edwin Edwards, the colorful former four-term governor and convicted federal felon, in a runoff.

Graves had previously led the state’s Coastal Protection and Restoration Authority under former Gov. Bobby Jindal and served for a number of years as a congressional staffer, including for U.S. Rep. Billy Tauzin and U.S. Sens. David Vitter and John Breaux.

Graves is widely considered among elections forecasters and pundits to be the heavy favorite to win re-election in a district that usually tilts heavily in favor of Republicans.

Republican President Donald Trump carried the district’s voters handily in 2016. Graves coasted to victory with 62 percent of the vote against a crowded field of opponents that year. The next-closest competitor — Democrat Richard Lieberman — gathered just under 15 percent of the vote.

No public polls have been conducted in the district this year — itself an indication that few outside groups view the race as competitive — but Graves holds a commanding fundraising advantage. His nearly $2.25 million campaign chest holds more than 40 times as much as his three opponents combined have raised, according to Federal Election Commission filings.

Graves’ challengers said they’ve been buoyed by positive responses from voters while campaigning door-to-door and view Graves’ accomplishments in Congress as overstated.

Democrat Justin DeWitt and independent Devin Lance Graham described Graves as out of touch with some of his constituents and beholden to the some of the corporate donors who’ve supported his campaigns.

DeWitt, who’s raised the most of Graves’ challengers with nearly $37,000, said he’s not taking corporate donations and charged that “the only thing he (Graves) has done is stand up for his donors.”

DeWitt called the Comite project “a drop in the bucket” in terms of the flood protection work the area needs and criticized Graves for the wider stalemate in Congress over the future of the National Flood Insurance Program. DeWitt also took a shot at Graves’ prolific fundraising.

“You only have to raise $2.2 million if you’re a sellout and you have to lie to people and pay for that lie to get out there enough,” DeWitt charged.

Graves fired back at that criticism, arguing there’s no well-heeled beneficiaries for many of the key initiatives he’s fought for in Congress.

“Duplication of benefits — who’s my big donor there? These are people who can’t afford to get back into their freakin’ houses,” Graves said. “Washington Street exit — did I do that for a construction company? Come on. It is a baseless accusation.”

Dewitt, a party chief for a land surveying company, said he first began considering a run for Congress after being hit by the 2016 floods.

“It was very stressful and one of the hardest times in my life and the only offer I got from my congressman to solve that issue was his thoughts and prayers through a mailer instead of working like he should’ve been since he got elected.”

Fellow Democratic candidate Andie Saizan, a 38-year-old software engineer from Holden who’s also making her first run for office, said she decided to run “because like many I'm tired of the dysfunction and being misrepresented” in Washington. She’s raised just over $17,000 for the race, according to federal campaign filings.

On her website, Saizan says the tearful reaction of one of her daughters to the February school shooting in Parkland, Florida, inspired her campaign. Saizan wrote that her family owns guns and her husband is a part-time policeman but that more needs to be done to protect kids from gun violence.

“Our current political climate is full of representatives in it for financial and power privilege gains that are out of touch with what average women and men experience,” Saizan said. “I love my career, I've worked hard to be successful at it and I have my dream job, but we need better options and there are none. We need equality, our wages, our health care and our children's education to be made a priority. We deserve better.”

Graham, a 31-year-old independent from Prairieville who owns a small electrical company, also challenged Graves in 2016 and gathered just over 3,000 votes — or roughly 1 percent — in the six-way race that year.

Graham said he’d focus heavily on infrastructure — “roads, waterways, airports, trains, levees” — if elected and serve as an independent voice for the district in a Congress he argued is plagued by partisan bickering between the two main parties.

“We don’t have to have politicians who are controlled and run by these two parties,” said Graham. “I own a company, I know what it’s like to work every day, I’ve never been 100 percent involved in politics as my job.”

Graham, who described his views as “very conservative,” said he’s a backer of term limits and a believer that Congress is filled with “too many career politicians.”

Graham said that’s not a knock on Graves alone — “I’m not here to beat up on Garret — I’m talking about all the members” — but he noted that Graves has spent much of his adult life working in Washington.

But Graves said it’s precisely that lengthy prior experience as a congressional aide and head of CPRA that gives him a leg up in Congress. Graves said he’s remained firmly focused on his district but brings inside-the-beltway expertise that’s let him deliver results on problems back home.

“Those very experiences that those people are criticizing are the things that allowed me to get here on day one and run, not crawl,” Graves said.

Graves said he still feels like there’s more he can accomplish in Congress if voters send him back for another term. Graves said he’s not done pushing reforms on the Corps of Engineers and wants to fight to fund a new bridge over the Mississippi River in the Baton Rouge area and do more to reduce prescription drug prices.

“Look, I’m not going to do this for the rest of my life — but I do think we’ve got more stuff to do,” Graves said of his service in Congress. “I think at some point I’ll recognize when I hit my plateau and I hope that I recognize it before voters do. We’re not there right now.”

Residents on the east bank of the River Parishes could see dirt moved this year on an ambitious, $760 million series of projects aimed at bols…