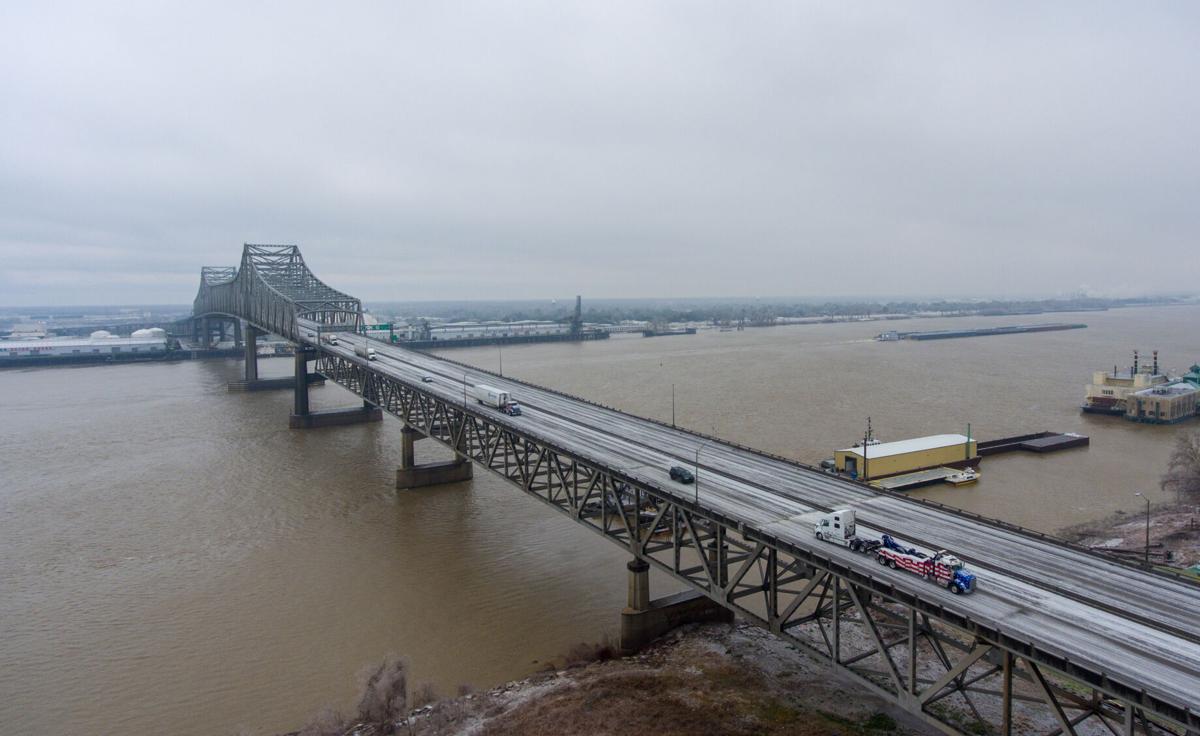 Traffic slowly travels on the east bound lane of the Mississippi river bridge, while the bridge was in the process of being closed. 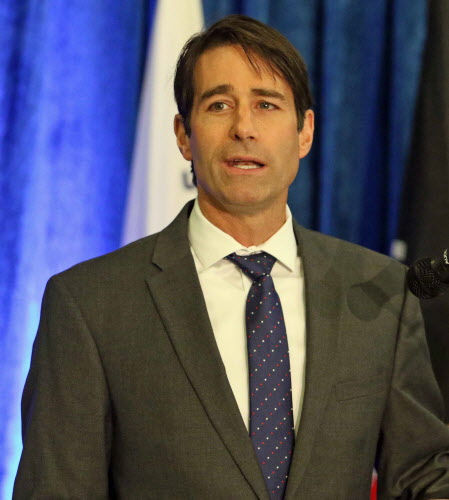 U.S. Rep. Garret Graves, R-Baton Rouge, says money for a new bridge across the Mississippi River in Baton Rouge will be his top priority in a federal infrastructure bill taking shape in Congress.

Traffic slowly travels on the east bound lane of the Mississippi river bridge, while the bridge was in the process of being closed.

U.S. Rep. Garret Graves, R-Baton Rouge, says money for a new bridge across the Mississippi River in Baton Rouge will be his top priority in a federal infrastructure bill taking shape in Congress.

U. S. Rep. Garret Graves said money to help build a new bridge across the Mississippi River in Baton Rouge will be his top priority in any massive federal infrastructure bill taking shape in Congress.

Graves, a member of the U. S. House Transportation and Infrastructure Committee, also asked Gov. John Bel Edward and legislative leaders to use at least $1 billion for the bridge and other work with some of the $5 billion plus state and local governments are getting from the $1.9 trillion federal stimulus bill.

"The extraordinary and likely once-in-a-lifetime availability of flexible federal dollars could be an opportunity for transformational investment in Louisiana; therefore, I urge you to dedicate no less than $1 billion of these funds to transportation investment infrastructure, which could include major bridge crossings in Baton Rouge and Lake Charles," he said in a letter to Edwards, Senate President Page Cortez, R-Lafayette and House Speaker Clay Schexnayder, R-Gonzales.

State government is set to get $3.2 billion from the stimulus bill.

Cortez said Wednesday lawmakers are awaiting guidance from the U. S. Department of the Treasury on exactly how the money can be used.

Cortez and others also said Wednesday one reason they see little chance the Legislature will approve a state gas tax hike this year -- the effort has since been shelved -- is because of expectations that Congress will pass a transportation measure that benefits Louisiana.

An infrastructure bill is also a top priority of President Joe Biden.

Graves, a Baton Rouge Republican, said aid for a new bridge in Baton Rouge is feasible since House Speaker Nancy Pelosi and other Democratic leaders want to resume the controversial practice of earmarks -- specific dollars in legislation for local projects.

The practice was shelved for years amid complaints that it paved the way for wasteful spending by both Democrats and Republicans.

The infrastructure bill is already generating controversy because of its cost -- $3 trillion or more -- and because it may include a wide range of controversial topics, including climate change.

"We are trying to see if we can put something together," Graves said. "I do think we will get an infrastructure bill done."

A new bridge in Baton Rouge would cost at least $1 billion, and public-private partnerships have long been cited as a way to make it happen.

Nearing the two-year mark, a state panel trying to find ways to build a new bridge across the Mississippi River in Baton Rouge has little to s…

But a panel studying the issue --the Capital Area Road and Bridge District -- is moving at a glacial pace.

Officials of the group said in December that the public will get its first look at 15 possible crossings in the spring of 2022, with that list then trimmed to three by the summer of the same year.

How to pay for a new bridge has long been the key stumbling block.

But McFarland said Wednesday night he is dropping those plans, said Erich Ponti, president of the Louisiana Coalition To Fix Our Roads, which was behind the effort.

Cortez said since the Biden administration is crafting transportation legislation "we will watch where it goes and what Louisiana may gain."

Graves said other priorities in any infrastructure bill are aid for a new bridge in Lake Charles and Interstate 49 in the Lafayette area.

Behind-the-scenes talks underway to answer this: What will Louisiana do with $3.2 billion in federal aid?