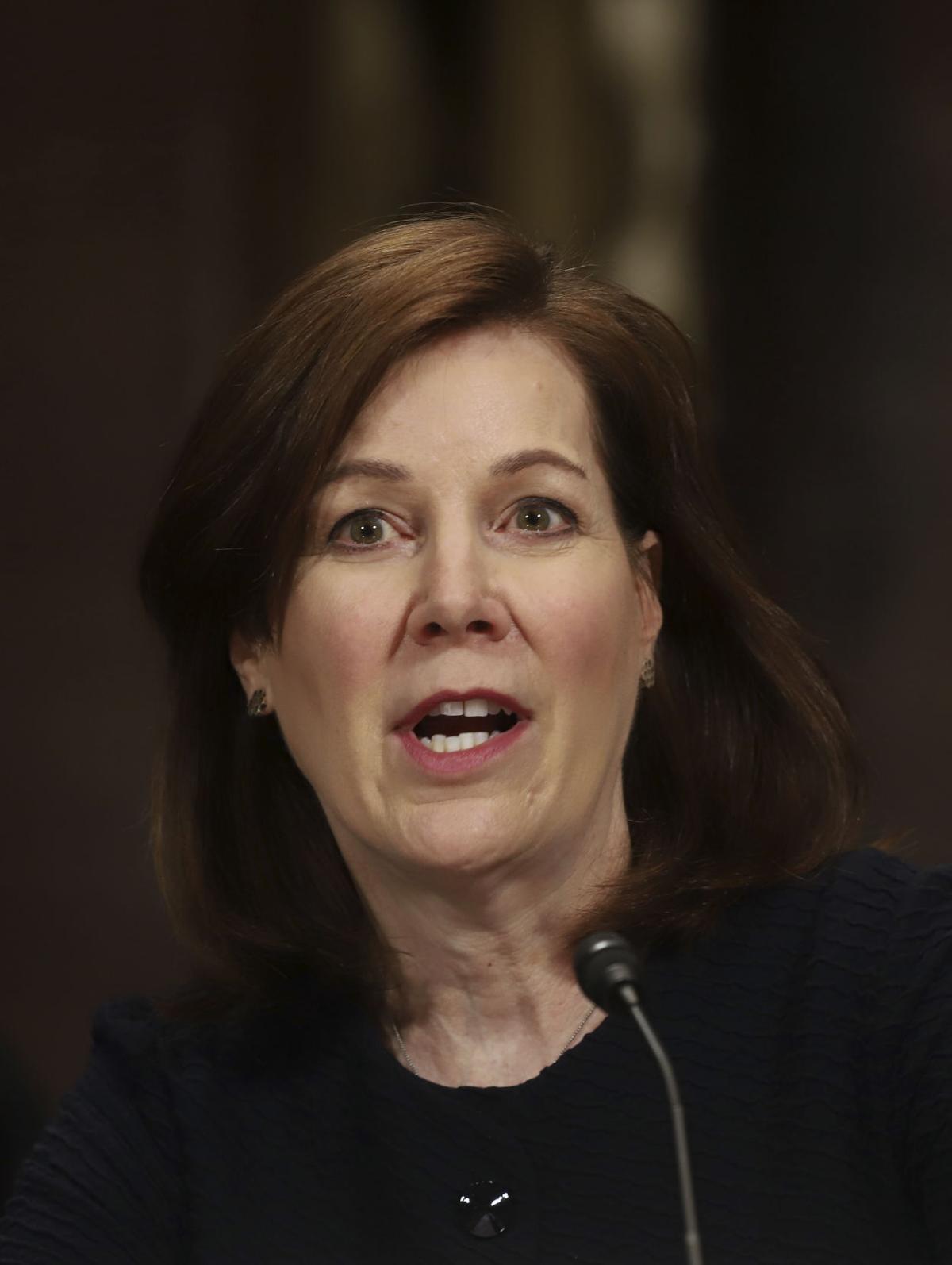 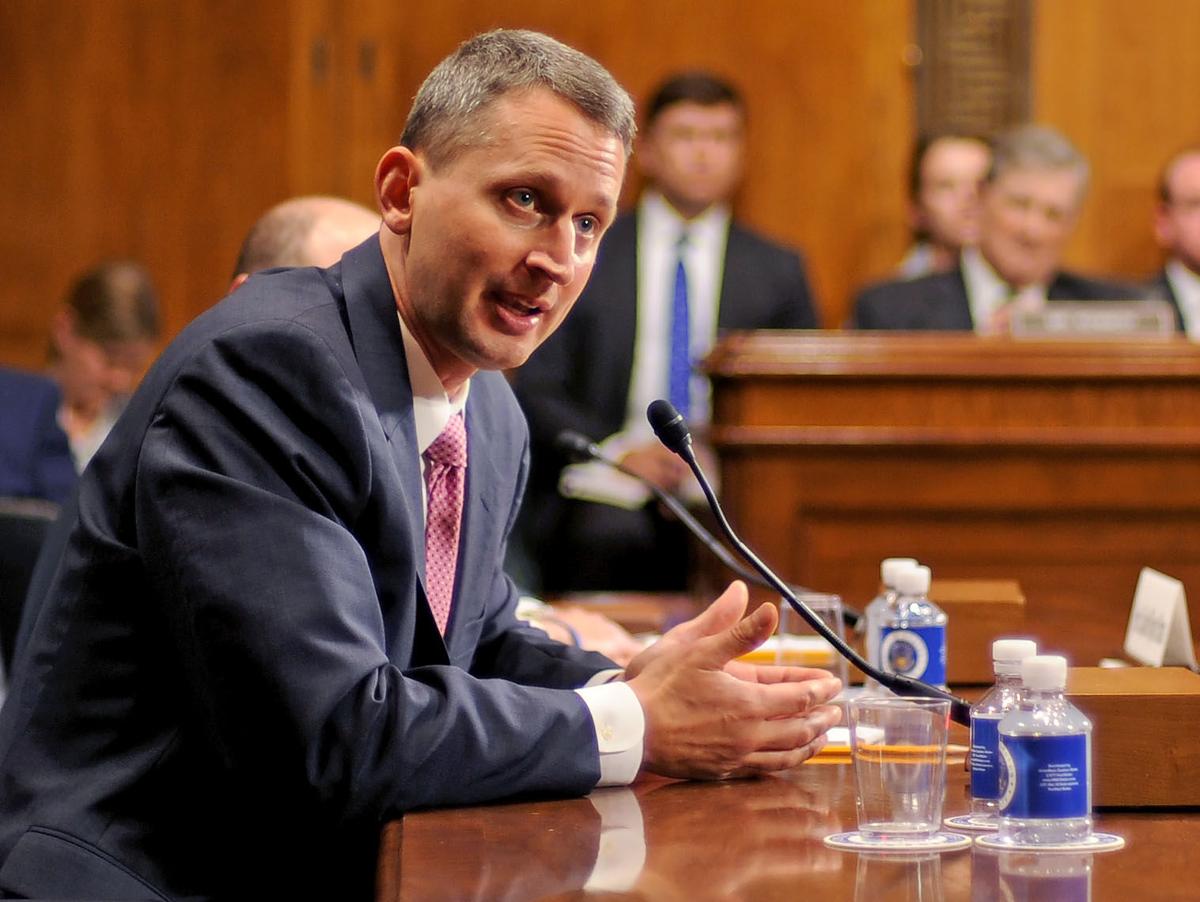 WASHINGTON — Wendy Vitter’s long and outspoken advocacy for outlawing abortion made her one of President Donald Trump’s most controversial picks for a federal district court judgeship. Kyle Duncan’s record of battling all the way to the Supreme Court for polarizing conservative social causes have made him a contentious candidate for a federal appellate judgeship.

Both now find themselves in the crosshairs of civil rights, abortion rights and liberal groups looking to derail their nominations, which are still awaiting confirmation by the U.S. Senate.

“President Trump’s judicial nominees have been a frightening parade of ideologues,” Kristine Lucius with the Leadership Conference on Human and Civil Rights, told reporters Monday, “and Wendy Vitter and Stuart Kyle Duncan are two of the worst.”

Vitter’s refusal to endorse the Supreme Court’s unanimous, landmark decision outlawing segregation — its 1954 ruling in Brown v. Board of Education of Topeka, Kansas — stoked outrage among some, with several Democratic senators calling her non-answer last week at a Senate Judiciary Committee hearing on her nomination “disqualifying.”

Vitter, the general counsel for the Archdiocese of New Orleans and the wife of former Republican Sen. David Vitter, refused to say whether the Supreme Court decided the case correctly when asked by Sen. Richard Blumenthal, D-Connecticut. Instead, Vitter would only say she’d be “bound” by that and other Supreme Court decisions, though she later agreed when asked whether segregation was immoral.

“Senator, I don't mean to be coy,” Vitter told Blumenthal on April 11, “but I think I get into a difficult area when I start commenting on Supreme Court decisions, which are correctly decided and which I may disagree with.”

Most nominees for federal judgeships dodge questions about past Supreme Court rulings, especially recent and controversial ones, such as the lightning-rod 1973 Roe v. Wade decision that established a right to abortion. But Vitter’s critics found her refusal to agree with Brown v. Board galling and potentially disqualifying.

“It was an absolutely horrible answer,” U.S. Rep. Cedric Richmond, a New Orleans Democrat and the chairman of the Congressional Black Caucus, told The Advocate on Wednesday. “Even if you don’t want to go down the line of getting into every little case, you can absolutely say the decision ending segregation was an absolute must and the right and just thing to do.”

“My caucus is extremely concerned about her nomination,” added Richmond.

But Kennedy, who supports Vitter’s nomination and holds her husband’s former Senate seat, said he doesn’t believe Vitter holds racist or segregationist views and was actually trying — unsuccessfully — to avoid controversy with her answer.

“I think Wendy was doing what she’d been coached to do,” Kennedy said, adding he knows “what Wendy feels in her heart.”

Sen. Bill Cassidy, R-Louisiana, brushed off the outrage directed at Vitter and said he remained squarely behind her.

Stephanie Grace: Wendy Vitter's judicial appointment another example of how important elections are

Even before she flubbed her response to what should have been an easy question during her Senate confirmation hearing last week, Wendy Vitter’…

James Gill: If Wendy Vitter is unfit for federal judgeship, it's not because she left out her anti-abortion stance

She’s also received support from New Orleans Mayor Mitch Landrieu, one of Louisiana’s most prominent Democrats, who wrote in a letter to the Senate Judiciary Committee supporting her nomination that he could “personally attest to her strong moral character.”

Vitter told Blumenthal at her hearing before the Senate Judiciary Committee that offering her opinion on the Brown vs. Board of Education decision might lead her down a “slippery slope” of weighing in on other decisions. Indeed, Blumenthal followed up his questions about Brown vs. Board by asking Vitter about the Roe vs. Wade decision.

Past nominees, however, have endorsed the Brown vs. Board while refusing to go further. Conservative Supreme Court Justice Neil Gorsuch, for example, praised the decision and called the 1896 decision in Plessy v. Ferguson — which upheld segregation and which Brown v. Board overturned — “one of the great stains on the Supreme Court’s history.”

“To me, Brown v. Board of Education is different from the other cases,” said Kennedy. “I mean, that sets forth a moral principle that I think the vast majority of Americans believe in and, to me, it’s OK to say, ‘I support it.’”

Vitter’s non-answer on Brown v. Board was a political blunder, said Russell Wheeler, a visiting fellow at the Brookings Institution and an expert on the federal judiciary.

“Brown is in a class of itself,” Wheeler said. “Especially, frankly, for a nominee from the South, it just to me makes little sense to say anything other than, ‘I certainly accept the result in Brown. Segregation is bad, period.’”

But Wheeler guessed that, unless evidence surfaces suggesting Vitter might hold racist views, her flubbed answer isn’t likely to derail her nomination.

“Wendy’s going to be controversial because of her pro-life stance; she’s been very vocal,” said Kennedy. “And Sen. (David) Vitter was a senator for a long time and when you’re a senator, you make enemies; it’s just as simple as that. But I do think she’ll be confirmed.”

The Senate Judiciary Committee is expected to vote sometime in the coming weeks on whether to send Vitter’s nomination to the full Senate.

Duncan, meanwhile, is scheduled for a Senate confirmation vote on Monday on his nomination for a New Orleans-based seat on the influential Fifth Circuit Court of Appeals. He narrowly passed out of committee on a party-line 11-10 vote.

Duncan, 45, is widely regarded as a sharp litigator and rising star in conservative legal circles. He’s built a lengthy and high-profile record of battling against gay, transgender and abortion rights, including defending abortion restrictions on behalf of the state of Louisiana. He also defended highly controversial voter ID laws in Texas and North Carolina and fought against gay marriage.

An LSU graduate, Duncan also worked for the Texas solicitor general and taught at the University of Mississippi before moving to Washington, D.C., where he worked as a litigator for the nonprofit Beckett Fund for Religious Liberty, taking on a range of conservative Christian causes.

That record has led liberal groups to launch repeated attacks on Duncan, labeling him a threat to civil rights. Lambda Legal, a leading LGBT advocacy group, launched ads against him and declared that he’d “spent his entire career working to annihilate civil rights progress.”

Conservative groups, meanwhile, have flocked to Duncan’s defense, seeing him as a potentially staunch ally on what’s already one of the country’s most conservative appellate courts who might tilt the Fifth Circuit in favor of stricter abortion restrictions.

Kennedy said his fellow senators have been deeply divided on Duncan’s nomination and whether Republicans could piece together the backing of at least 50 senators to confirm him remained an open question for months. But Kennedy said behind-the-scenes lobbying has appeared to pave the way.

Editor's note: An earlier version of this story misspelled the name of Kristine Lucius, an official with the Leadership Conference on Human and Civil Rights.

For a politician who was never particularly popular with his peers, David Vitter had some of the longest political coattails in memory.