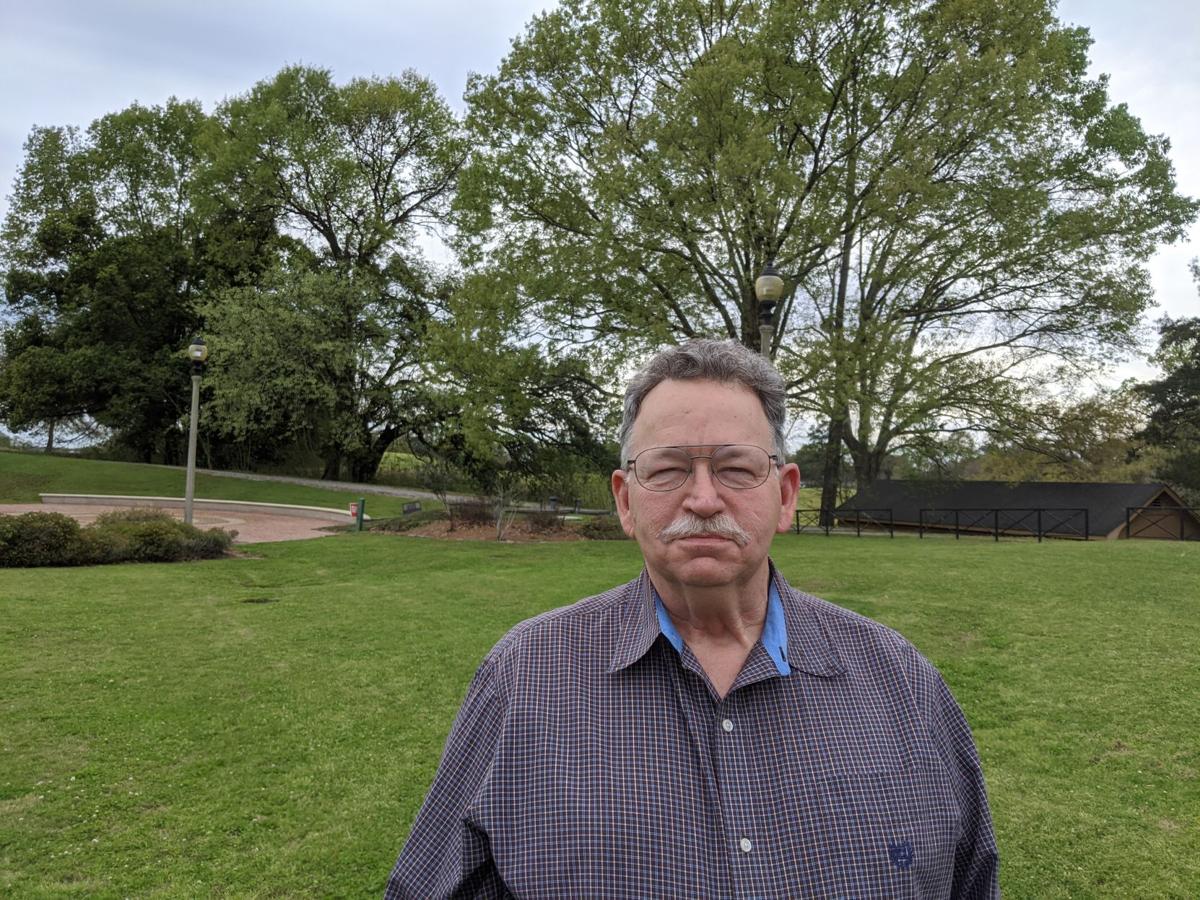 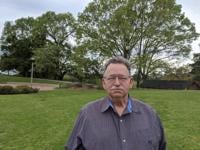 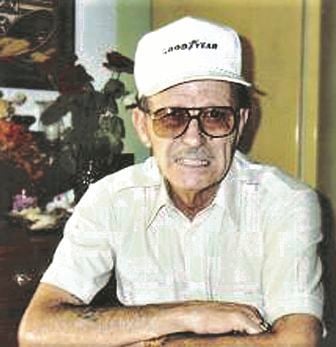 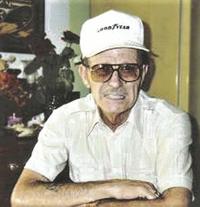 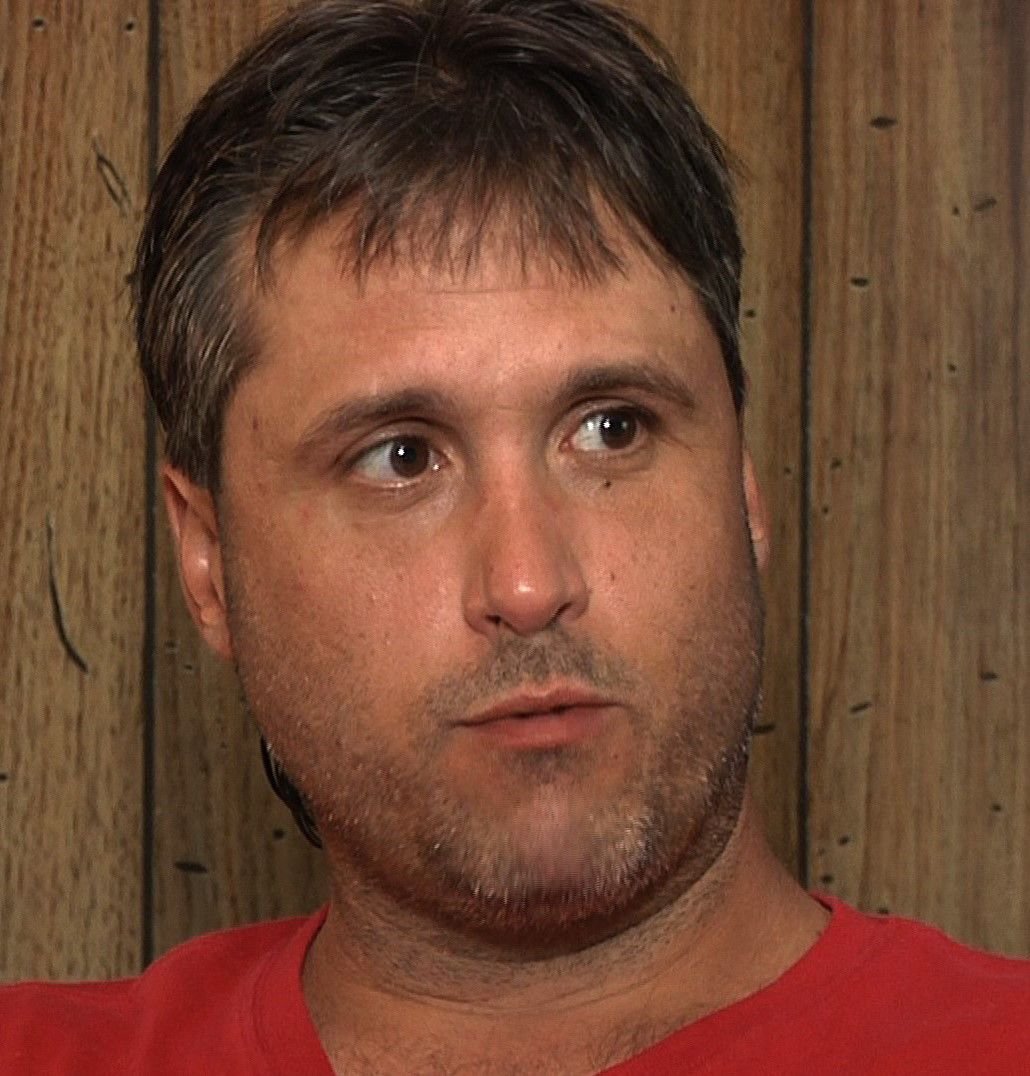 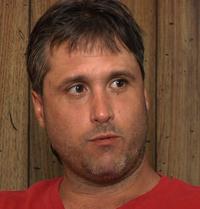 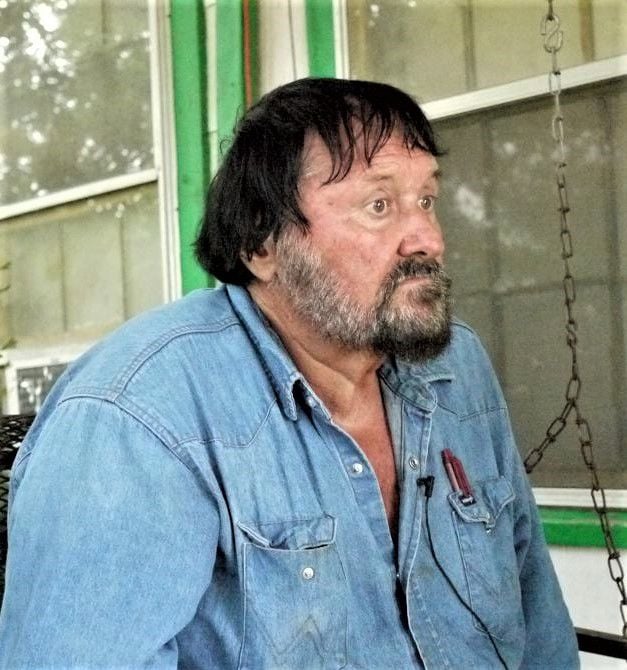 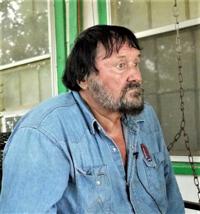 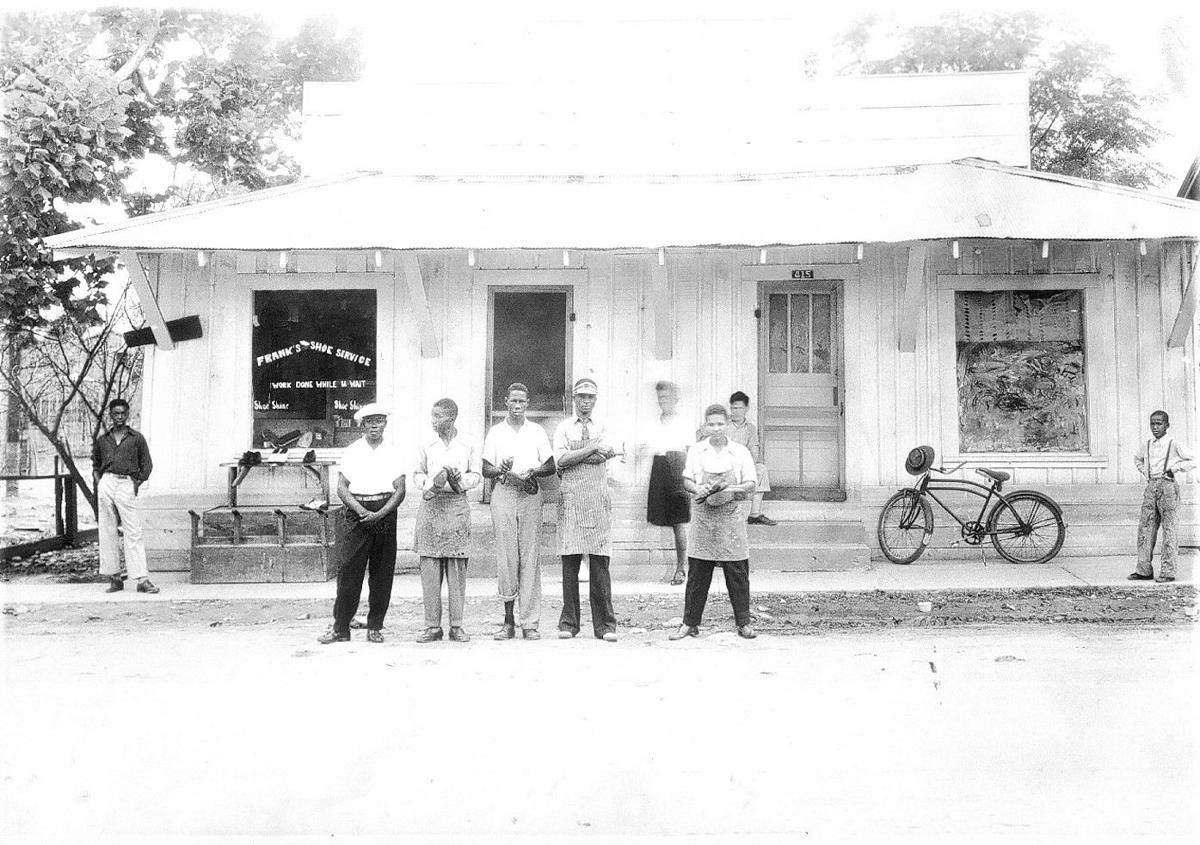 Frank Morris at his shoe shop 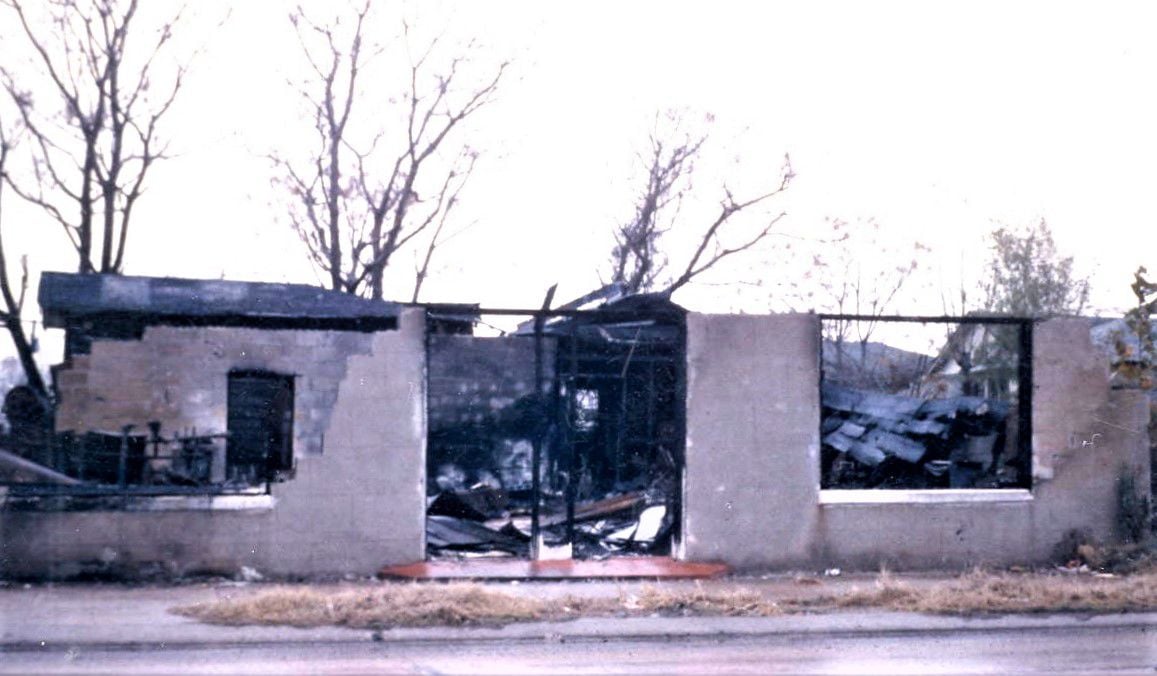 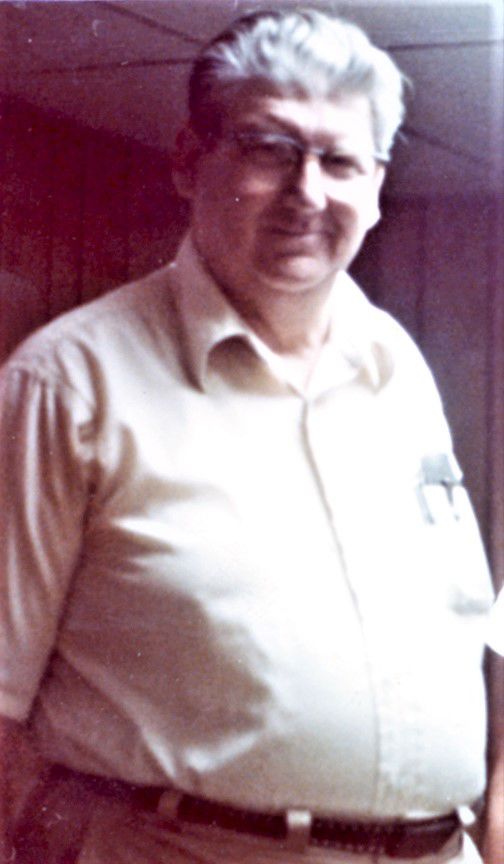 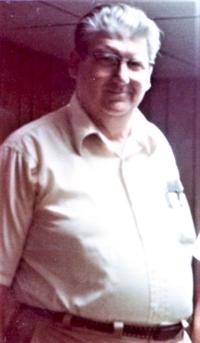 Frank Morris at his shoe shop

Children of Klansmen are sometimes haunted by the sins of their fathers.

James Poissot, of Baton Rouge, never knew his father, but knew he was a violent man who beat James’ mother so severely decades ago that she miscarried.

In Rayville, the late William L. “Boo” Spencer grew up under the direct influence of his dad and consequently spent time behind bars, at times raging against the world and spewing racist hate.

Although the two sons never knew one another, James Poissot and Boo Spencer shared a common bond: their fathers were implicated in the same half-century-old Louisiana murder.

Earlier this year, while employed as a facility services worker at LSU, James Poissot observed a framed The New York Times article hanging on the wall of the Journalism Building. It described the unsolved 1964 murder of Ferriday shoe shop owner Frank Morris, whose business was torched on a chilly night 15 days before Christmas.

The murder of Frank Morris

Sleeping in a back room when he heard glass breaking in front of his shop, Morris confronted two Klan arsonists, who fled the scene while he was trapped inside the flaming building. He died four days later.

Poissot looked at the article, pointed to the photo of Morris’ face and told the receptionist he believed his father was one of the men responsible for Morris’ death.

“I walk by, and I see a picture of the gentleman my dad killed,” Poissot said. “And I did say it without any hesitations.”

Morris had operated the shoe shop since the 1930s. His business had a devoted black and white clientele. Due to the racial climate of the era, Morris walked outside to take or deliver orders of white women who sat in their parked cars.

For years there were rumors that the Klan had killed Morris because he allowed black men and white women to have sex in a backroom of his shop. But an investigation by the Concordia Sentinel in Ferriday found not a shred of evidence or a single witness to verify that any of that was true.

In 2010, Boo Spencer told the newspaper that he, his mother and his uncle had heard both Coonie Poissot, James’ father, and Leonard Spencer, Boo’s father, confess to the shoe shop arson. The three relatives also told the FBI.

Although FBI agents felt that a notorious parish deputy, Frank DeLaughter, was involved in the crime, they could not link him to it during their investigation in the 1960s.

According to FBI documents obtained recently by the LSU Cold Case Project, Poissot, a native of LaSalle Parish, told the bureau that the night before the arson he and DeLaughter were riding in the deputy’s police car when they passed Morris’ shop.

Poissot and two other witnesses told the FBI that the deputy and Morris had argued when Morris refused to extend the deputy more credit. The dispute centered on DeLaughter’s refusal to pay for shoe repair and a pair of cowboy boots, and DeLaughter was furious at Morris.

Poissot told FBI agents DeLaughter told him that because Morris was “not acting right” and was being “uppity” to a white man in law enforcement, he needed to be taught a lesson.

Poissot recruited Spencer to help him carry out the job, The Sentinel found, and a Concordia Parish grand jury, led by a federal prosecutor, was convened in 2011. DeLaughter and Poissot were already dead by then, and no arrest warrants or indictments were ever issued.

An amphetamine addict, Coonie Poissot had for years drifted across the country as a truck driver. Taking part in multiple romantic dalliances during his travels, he sometimes stayed a brief time here and there before leaving behind girlfriends, wives and children. He served time in the Louisiana State Penitentiary at Angola before arriving in Ferriday in 1964.

“He was running,” said his son James. “He didn’t know any of his children. He didn’t want to know them. He wanted to have them and then he wanted to move on. He wanted someone else to raise them.”

James’ mother and Coonie’s ex-wife, Ethel Poissot, who has since passed away, described Coonie as a trucker who had women all over the country. Another child of his, Shawnee Poissot, told the Sentinel that Poissot “put my mother and me out on the side of a highway and left us” in the early 1960s.

James Poissot is haunted by one event about his father that occurred before he left the family. One night, Coonie dragged James’ mother, who was pregnant at the time, into a forest and beat her to the point of miscarriage. He left her in the woods to fend for herself.

“I love my mom, and I miss her every day,” James said. “She was always giving to people. I don’t like that he hurt my mom. He could’ve killed my mom; he didn’t take her to a hospital. No one deserves that.”

Thanks to his mother’s guidance, James lives a productive life. He is a master carpenter, a grandfather and a former teacher at a high school, where he worked with children of lower socioeconomic status. He doesn’t drink or smoke, and he goes to church every Sunday. He loves to watch shows on YouTube.

Coonie Poissot died in 1992 without ever having a relationship with James.

James’ mother worked for years at the East Baton Rouge Sheriff’s Office. He said she was the highest-ranking female officer there. She took them to church every Sunday while supporting her family as a single mother.

“My mom taught us how to fish at the LSU Lakes,” he said. “We were catching supper, but she didn’t tell us that.”

For other sons of the Klan, it can be much more difficult to separate themselves from their father’s sins.

Boo Spencer’s decision to share with the newspaper his father’s confessions involving the arson murder of Frank Morris was an agonizing ordeal. He felt as if he was betraying his father.

“But he felt compelled to do the right thing and wanted to set things right for not only himself, but also for the Frank Morris family,” according to Sentinel editor Stanley Nelson.

Following the Sentinel’s story, Leonard Spencer, of Rayville, broke all ties with Boo.

But two years later they met one last time.

Boo leaned over his father’s bed and apologized for any problems Boo’s decision to go public may have caused.

Leonard Spencer looked up at Boo.

Shortly after the two made peace, Leonard Spencer passed away.

“Boo, who for many years idolized his father, had a hard life – at times a criminal one, but always longed for his father’s approval and did things he would later regret,” Nelson said. “Yet Boo did all he could to redeem himself by coming forward to tell what he knew about the Morris arson.

“James Poissot, on the other hand, grew up in a household led by a loving and protecting mother,” said Nelson. “He was not under the influence of his father.”

"I can't hate somebody"

James Poissot denounces racism and sees no reason to hate people based on their skin color.

“Some of the most cherished people that I loved the most in my life are not my color,” said Poissot. “So much hatred in this country. It’s wrong.”

James feels no connection to his father or his actions. However, he still understands the pain and sorrow caused to so many in Ferriday by the arson murder.

Concerning his father, James said, “I can’t hate somebody that I don’t know, but I hate what he did.”

He has since accepted his estranged father’s violent past with gladness that he did not lead a similar life.

“This is the flesh of my flesh and the bone of my bone, but this is not who I am,” James said. Referring to his father, he said, “He chose his badge just as you choose yours. He set the stage. He set the bar. I think of my dad and I thank God that I was so far away from it.”