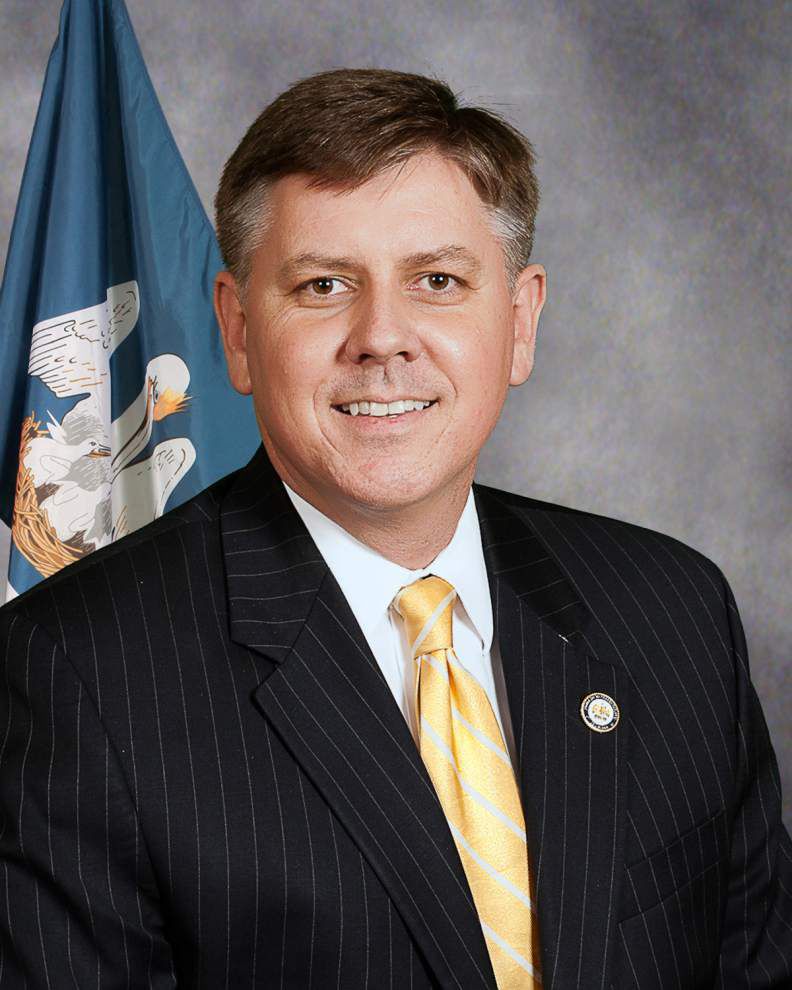 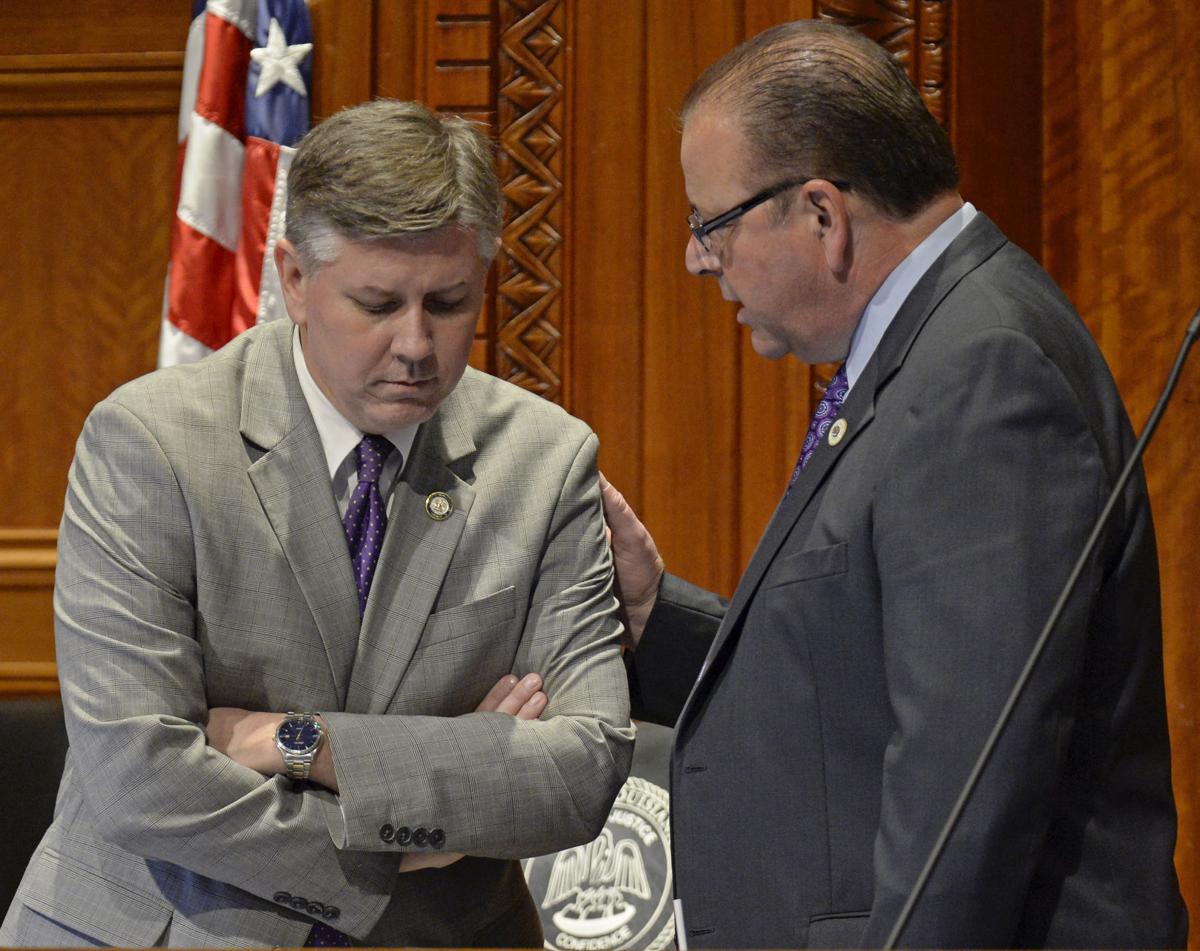 A special election to fill the legislative seat of Chris Broadwater is scheduled for Feb. 17, House Speaker Taylor Barras said in a proclamation Monday.

Broadwater, R-Hammond, sent a letter to his Louisiana House colleagues Monday morning announcing his resignation. Barras said Broadwater would be stepping down on March 1.

The regular session of the Louisiana Legislature begins March 12. However, Gov. John Bel Edwards says he plans to call a special session in February if lawmakers can agree on some way to address a looming $1 billion-plus deficit. Mardi Gras this year is Feb. 13.

Broadwater said in his letter that he has wrestled with quitting after realizing his duties were causing him to miss key moments with his four daughters.

"When I decided to run for office almost seven years ago, I did so with a desire to make Louisiana a better place for my children," Broadwater said in the letter, adding that now "it is time for me to refocus my attention on the wonderful family with which I have been blessed."

Broadwater has a seat on the important House tax committee and serves as vice chairman of the labor committee.

Broadwater is considered a moderate by the more conservative Republicans in the Louisiana House.

The Louisiana Association of Business & Industry gave him a 62 percent rating in supporting bills the lobbying group wanted. He tried to broker a compromise that would have allowed legislation calling for equal pay for men and women to pass. LABI opposed the compromise and the bill failed in a House committee after passing the state Senate.

In 2015, Broadwater sponsored a measure that created the SAVE program, which assessed a fee on college students they weren’t going to have to pay. The idea was to offset new revenue legislators approved but then-Gov. Bobby Jindal would not accept for political reasons. The next year, with a new governor in power, Broadwater led the effort to strike SAVE from the law books.

He also sponsored legislation that created a fund to collect bad debts and a commendation resolution for three U.S Capitol Police bodyguards who saved U.S. House Majority Whip Steve Scalise, when the Jefferson Republican was gunned down while practicing for interparty baseball game in June.

Broadwater was director of the Louisiana Office of Workers Compensation under Jindal and had practiced law with U.S. District Judge Shelly Dick, of Baton Rouge, before she joined the federal bench. He then joined the Hammond firm of Cashe Coudrain and Sandage in 2012.

House District 86 is in Tangipahoa Parish and wraps around the outskirts of Hammond in the south to across the Tangipahoa River from Edwards’ hometown of Amite in the north. Seventy-nine percent of the 24,661 registered voters are white and 35 percent are Republican. 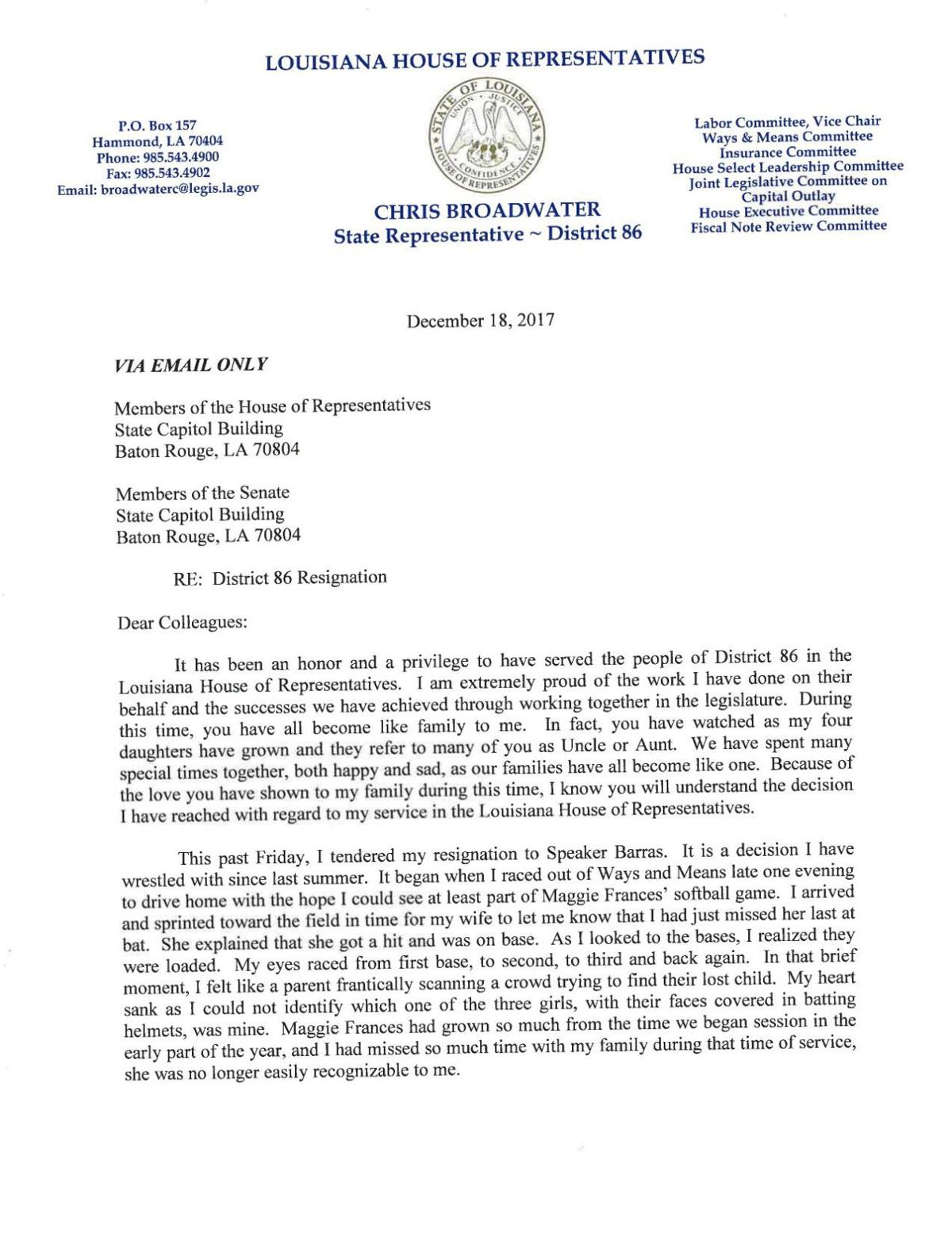 While there's nothing on the ballot for East Baton Rouge voters in Saturday's election, in nine area parishes voters will be busy filling such…