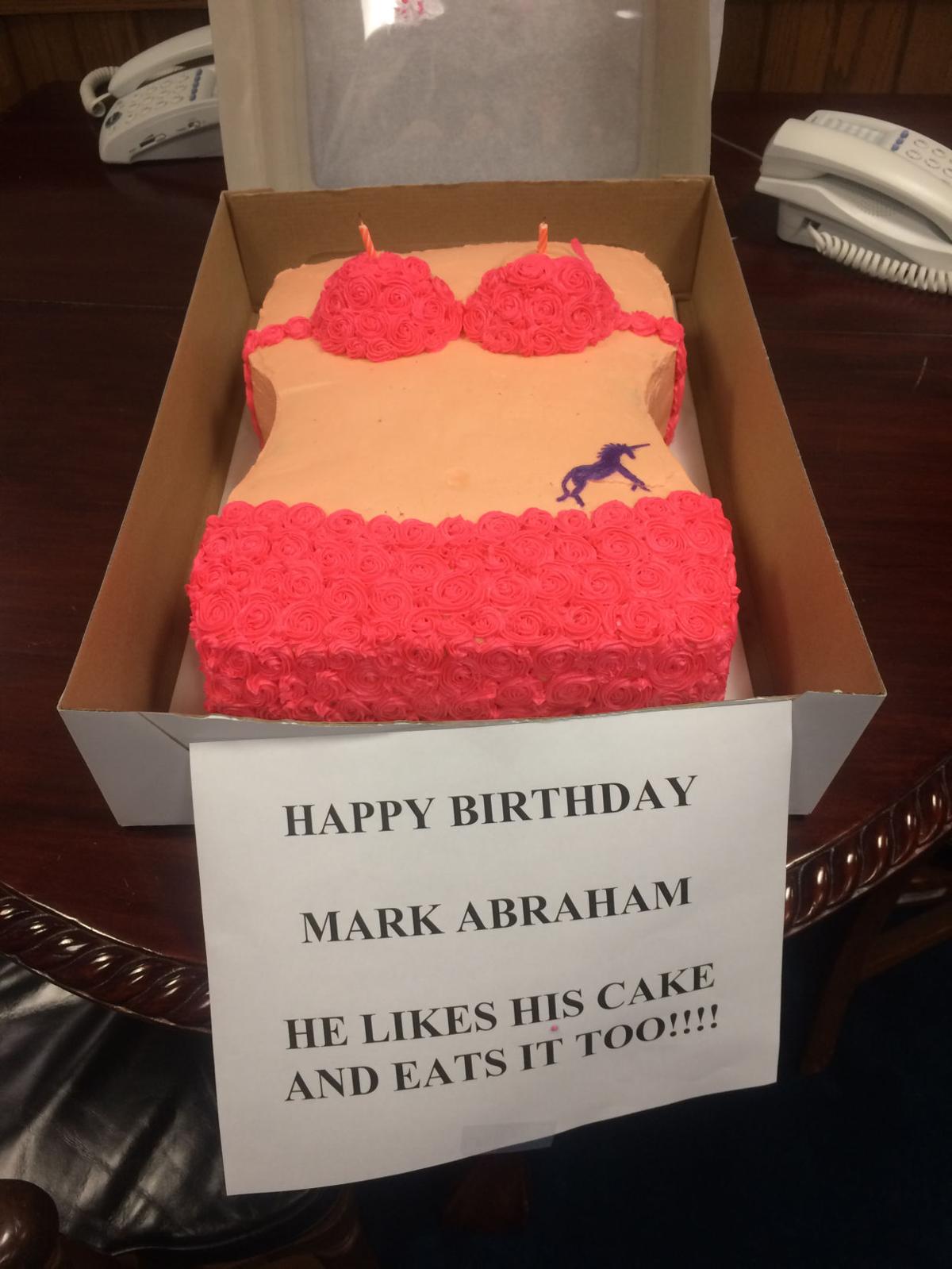 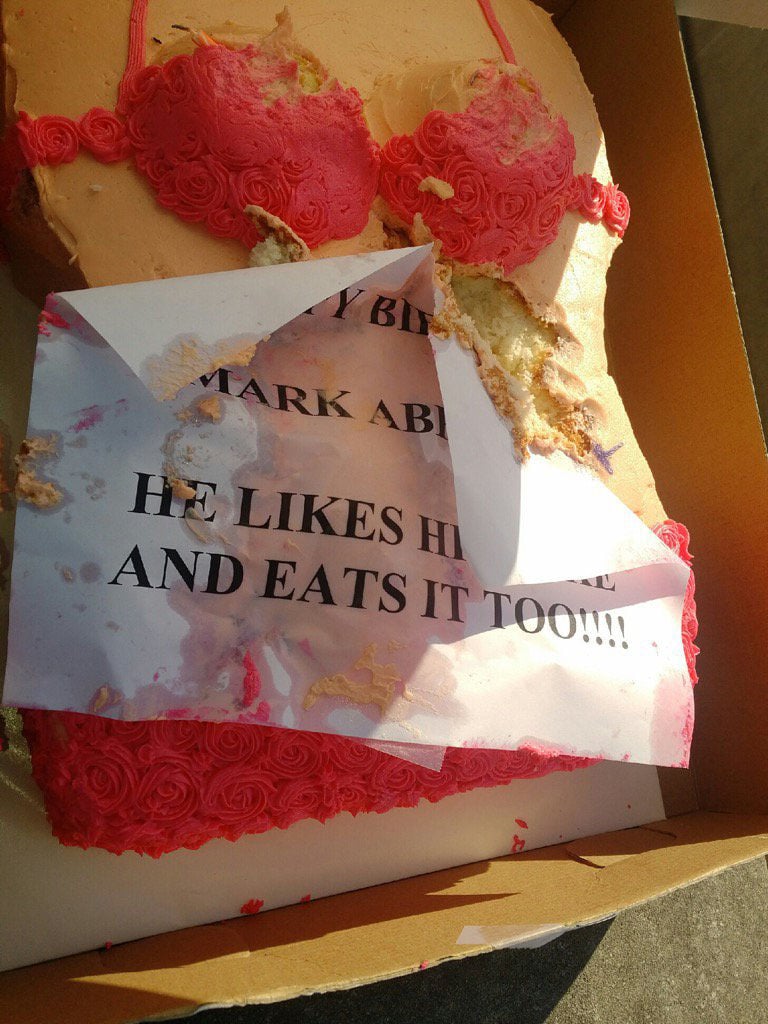 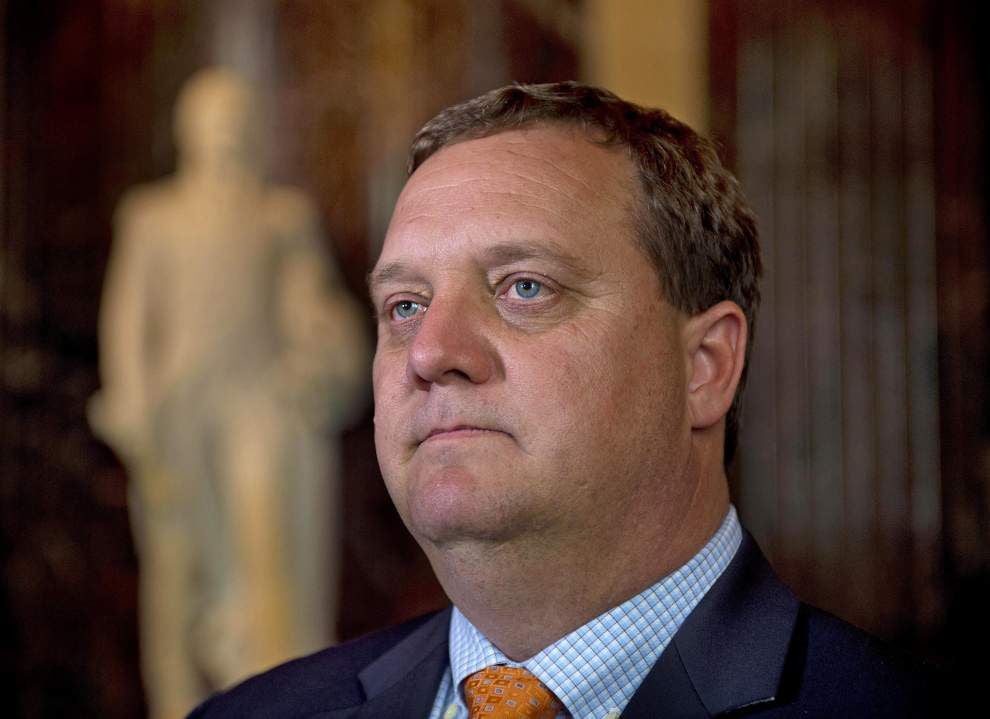 Advocate staff photo by TRAVIS SPRADLING -- Rep. Kenny Havard, R-Jackson, listens to a question from a media member, after the House adjourned for the day, May 19, 2016, on the subject of his 'joke amendment' about weight and maximum age limitations for strippers, proposed the day before to a bill regulating strip clubs. The bill actually passed, but without the amendment, but many found Havard's amendment inappropriate and offensive. Havard was not present during the House's afternoon session, but kept a scheduled appointment for an interview. 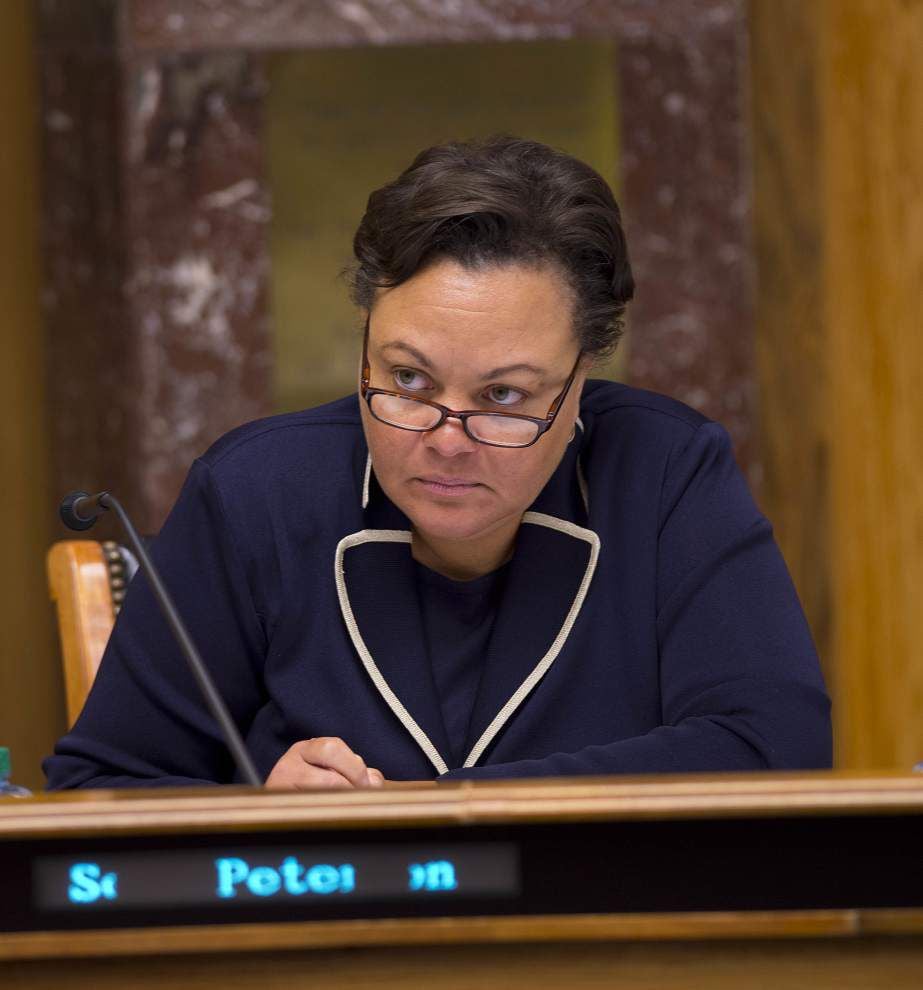 Advocate staff photo by TRAVIS SPRADLING -- Rep. Kenny Havard, R-Jackson, listens to a question from a media member, after the House adjourned for the day, May 19, 2016, on the subject of his 'joke amendment' about weight and maximum age limitations for strippers, proposed the day before to a bill regulating strip clubs. The bill actually passed, but without the amendment, but many found Havard's amendment inappropriate and offensive. Havard was not present during the House's afternoon session, but kept a scheduled appointment for an interview.

A bikini-clad birthday cake prompted an irate state senator – during a legislative hearing Friday – to smash the confection and charge a couple of her colleagues with misogyny.

The two male representatives involved say it’s all just a misunderstanding over a joke.

But Sen. Karen Carter Peterson says it’s no joke – a defense being heard often in the halls of the State Capitol as more and more male legislators in Louisiana behave in ways that offend their female colleagues.

“The Louisiana State Capitol is not a locker room,” Peterson said in an interview. “If they choose to celebrate a birthday that way, then they should have done that off site in another setting.”

But it's the second time this year that something male lawmakers deemed a harmless "joke" has sparked criticism from female colleagues.

Rep. Kenny Havard, R-St. Francisville, also in what he claimed was a joke, tried during the legislative session to amend a measure that mandates a minimum age for stripping professionally to include weight and age limits.

“I didn’t feel it was offensive,” said state Rep. Jack McFarland, R-Jonesboro, whose wife made the two-layered yellow cake as a joke. He presented the cake to state Rep. Mark Abraham on Thursday night to celebrate his friend’s 63rd birthday.

Abraham, R-Lake Charles, said he decided to share the cake with senators and representatives attending the Joint Legislative Committee on the Budget, which oversees fiscal issues when the Legislature is not in session.

The cake was left on a table in a private side room, open only to members and staff, next to where the Joint Budget hearing was being held. It had a happy birthday sign to Abraham that read, in part, “He likes his cake and eats it too!!!!”

“I would never want to do anything that is offensive to this body or anyone else for that matter,” Abraham said.

Though he didn’t find the cake offensive, Abraham said he would remove the cake had someone politely told him they personally found it disrespectful.

But Peterson yelled profanity at him.

Peterson said people who entered the room, saw the cake, shook their heads “in disgust” and moved on.

“Once we become comfortable and complacent about a behavior, there are many people who become immune to that inappropriate behavior and by your silence you condone it,” Peterson said. She decided to do something about it and smashed the birthday sign in the cake.

Peterson then expressed her outrage in a series of tweets.

“Rep McFarland & wife apparently wanted to celeb rep Abrams Bday:wife made 2 cakes. This one & one of a vagina! Both were in anteroom!,” she tweeted, which sparked dozens of comments.

State Rep. Kenny Havard said Thursday he won’t apologize over his “joke” legislation that so…

Peterson said she hadn’t seen the second cake but was told by a staff member that it had been removed. McFarland and Abraham said the second cake as described was offensive and denied that it was made. McFarland asked Peterson to correct her tweets. No staffer, sergeant at arms or legislative member could be found who saw it.

Men in the Louisiana Legislature have come under scrutiny for recent actions.

One state senator, Troy Brown, D-Napoleonville, was arrested over the summer for allegedly assaulting his wife.

Havard’s speech on the floor went viral on the Internet and he ended up getting dozens of interview requests from reporters as far away on Japan.

“This something my mother always told me as I was growing up: People will only do to you what you permit them to,” Peterson said. “My character doesn’t permit me to remain silent in the face of offensive behavior.”

It's been a rough few days for Kenny Havard.Both of them.One Havard — the Louisiana state re…

To bolster its flagging belief system, Louisiana’s political left, even more enthusiastically than its national brethren, joined in the collec…

Our nine most bizarre stories of 2016: A coffin, bikini cake, a rude poke in Eye of the Tiger

An "extreme" Easter celebration, a carpool quarrel, a bikini cake, Baby Cakes and a poke in the Eye of the Tiger.

At least two reviews are underway to examine whether Louisiana state government needs to improve its sexual harassment policies, as Gov. John …