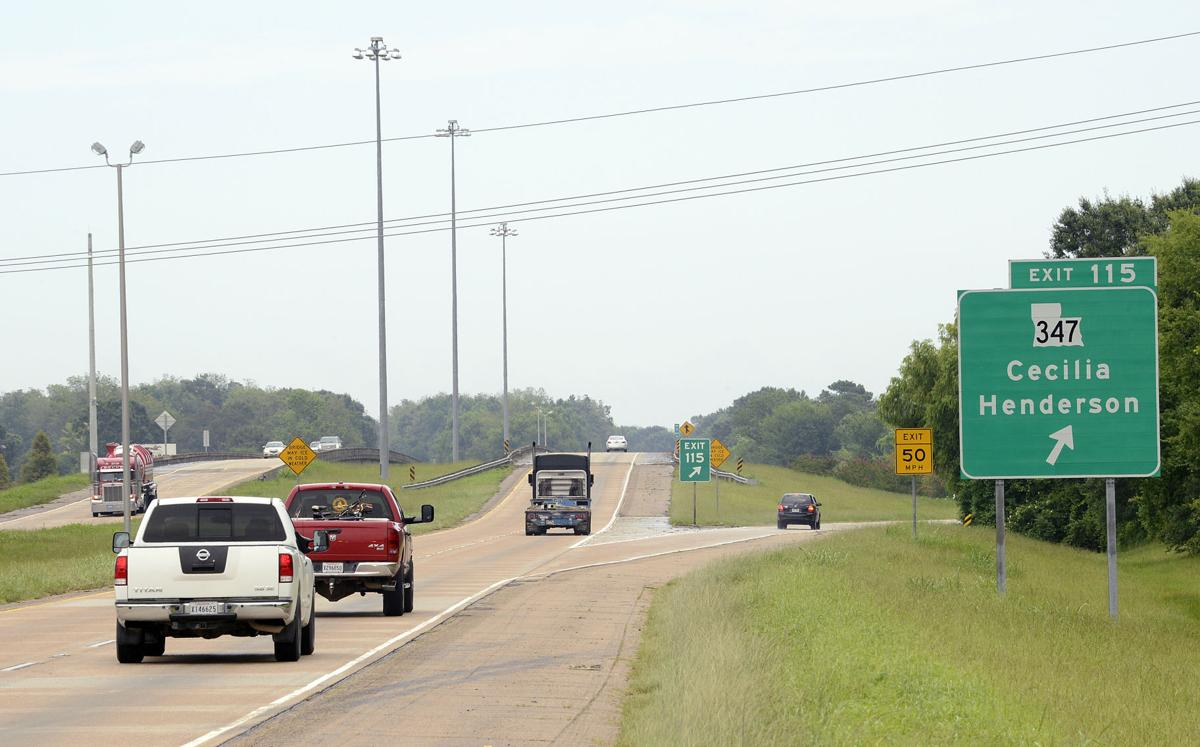 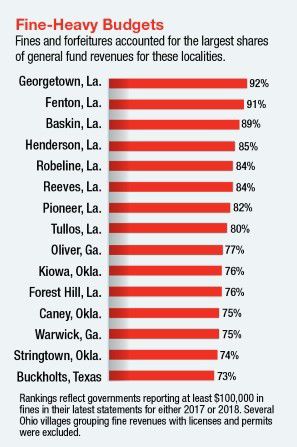 Fines and forfeitures accounted for the largest shares of general fund revenues for these localities, according to Governing magazine

Fines and forfeitures accounted for the largest shares of general fund revenues for these localities, according to Governing magazine

While Louisiana may rank low on many qualities of life polls – like having among the lowest median wages in the country – Louisiana’s small towns dominate national rankings when it comes to relying on traffic fines to fund their budgets, at least according to a national analysis by Governing magazine.

In an article published this month looking at the reliance of traffic fines and forfeitures on small town budgets, Governing magazine found a passel of Louisiana municipalities right at the top nationally.

A growing number of towns rely on speeding ticket fines; Here's how officials are trying to change that

Number 1 is Georgetown, a village of 500 people on U.S. Hwy. 165 between Alexandria and Monroe. The Governing analysis found that nearly $500,000 – 92 percent of the town’s budget – was raised on the side of the road by its cops.

Fenton is Number 2. Also, on U.S. 165, the town of about 400 is between Interstate 10 and Kinder and its police wrote up more than $1.2 million in fines or about 91 percent of 2017 general fund revenues. (Governing also noted the Louisiana Legislative Auditor’s report that a lot of that money never was deposited in the town’s bank account.)

The Governing chart shows Baskin, in Franklin Parish; Henderson, at the foot of the I-10 bridge across the Atchafalaya Basin; and Robeline, in Natchitoches Parish; round out the top five.

John Gallagher, head of the Louisiana Municipal Association, told Governing that local governments in Louisiana don’t collect nearly as much in property taxes as similar communities in other states, and many homes don't pay at all because of homestead exemption. Local governments collect sales taxes, but not much commerce exists in rural parts of the state, and the legislature has enacted numerous exemptions for those as well.

Mark Ballard: Giving voters a say in homestead exemption will be hot topic

If the Louisiana Legislature has a Don Quixote, he is Baton Rouge Rep. Steve Carter.

“If I had to point to one reason why this happens, it's because culturally you have [local] agencies who’ve grown dependent on these types of revenue sources,” Robert Scott, president of the Public Affairs Research Council of Louisiana, told Governing. “They don’t want to let it go.”

The full Governing article is available by clicking here.

Newly elected state Rep. Danny McCormick ran on many issues, but his main one is protecting his way of life.