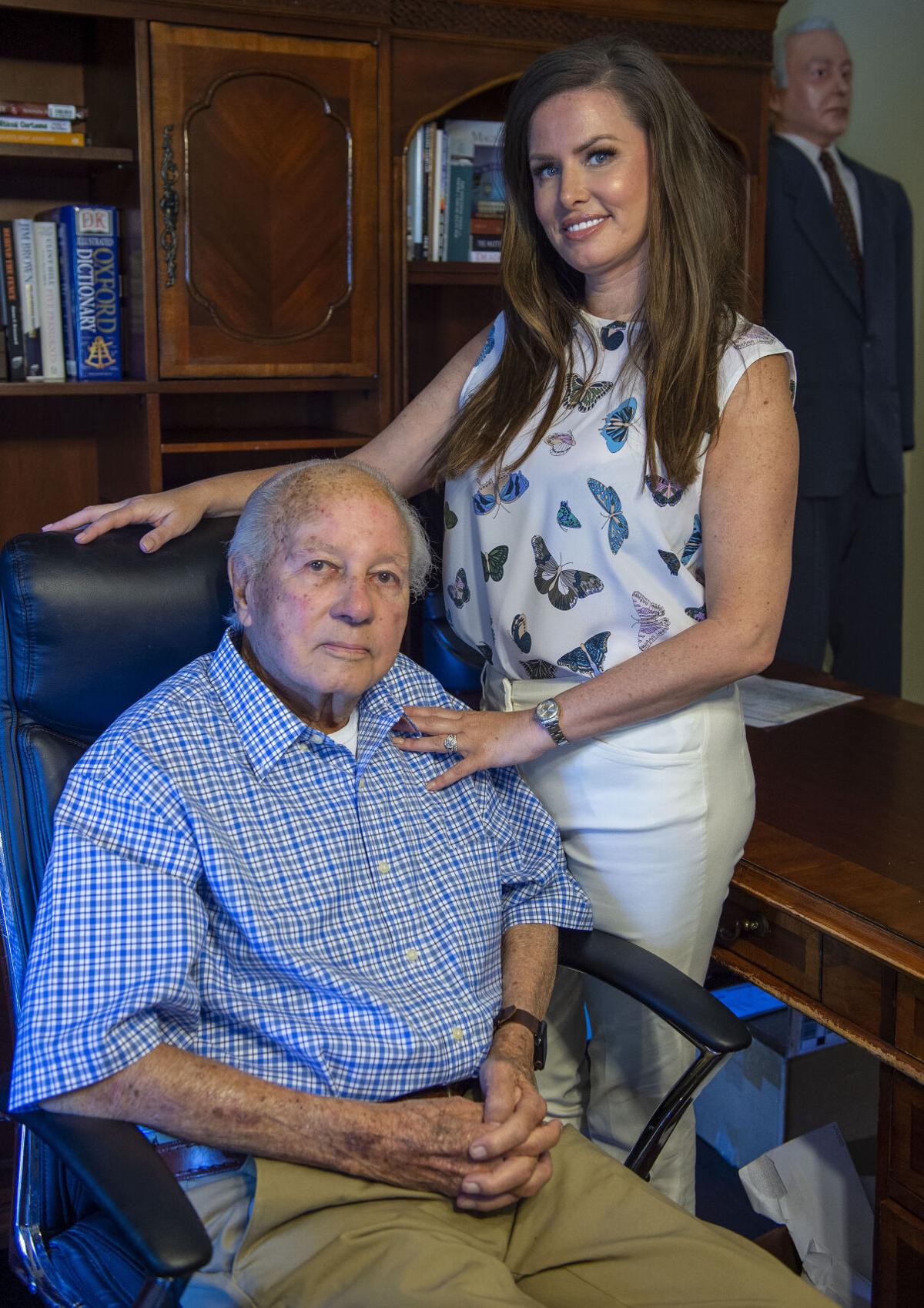 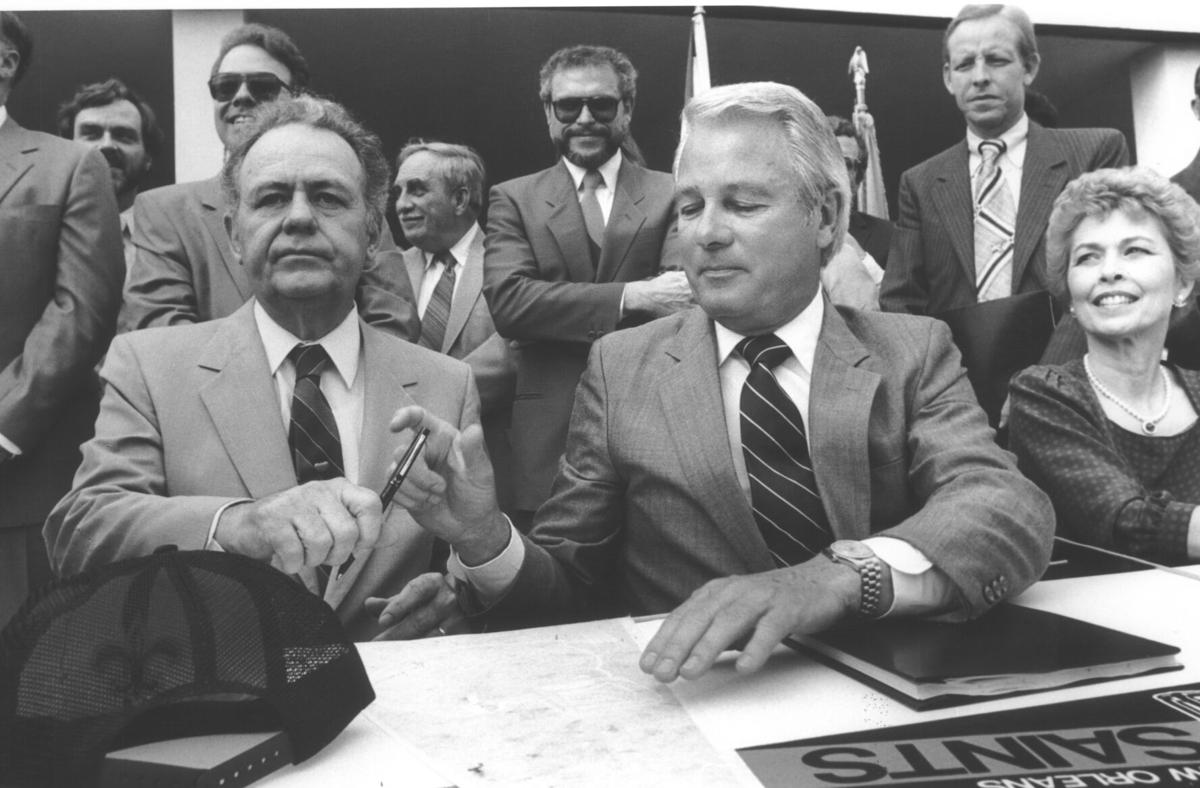 Tom Benson and Governor Edwin Edwards pass a pen back and forth as they autograph Saints banners at the press conference at Benson Chevrolet. ORG XMIT: NOLA2018022115391829

Tom Benson and Governor Edwin Edwards pass a pen back and forth as they autograph Saints banners at the press conference at Benson Chevrolet. ORG XMIT: NOLA2018022115391829

Though funeral arrangements aren't final, one event has been planned: former Gov. Edwin W. Edwards will lie in honor in Memorial Hall at the State Capitol on Saturday for the public, according to the Speaker of the House's office.

The State Capitol will be open from 10 a.m. to 7 p.m. Saturday for public viewing.

At noon Sunday, Edwards' remains will be moved by carriage and honor guard through the streets of Baton Rouge for a little less than a mile to the Old State Capitol.

Edwin Edwards, who died Monday at the age 93, has been in public life since being elected to the Crowley City Council in 1954 at the age of 27…

He’ll lie in repose at the Old State Capitol on Sunday for a private ceremony for family members and close friends.

Details are still be worked out. But the family plans to bury Edwards at Resthaven Gardens of Memory in south Baton Rouge.

The four-term governor died Monday at 7 a.m. in his home of respiratory problems that had plagued him in recent years. He had been hospice care for about week.

If you want to learn more about Edwin Edwards, here's the place to peruse

Jim Brown was an aspiring politician in 1968 when a  friend suggested he meet Edwin Edwards, then a congressman from Crowley.