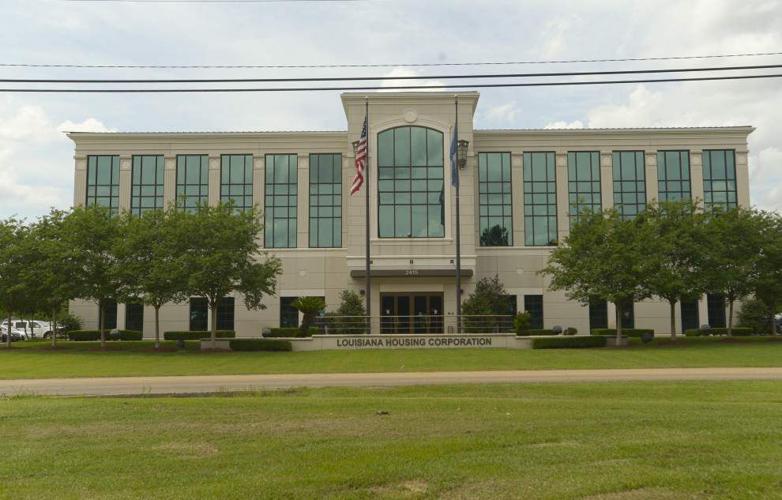 The executive director of the state’s affordable housing agency resigned from his post earlier this month amid an investigation that concluded he had sexually harassed two female employees over the course of several months, frequently asking them to spend the night with him at his government-funded hotel rooms.

Frederick Tombar III served as the executive director to the Louisiana Housing Corporation from June 24, 2013 until he resigned May 1, earning a base salary of $250,000. The sexual harassment investigation, obtained by The Advocate in a public record request, found that Tombar repeatedly asked the two subordinates for drinks and to meet him at his hotel rooms. In a conversation detailed in the report, one of the women said he appeared to associate continued employment with the LHC to his sexual advances at a time when there were threats of agency-wide layoffs.

Tombar declined to be interviewed for the story, but a spokeswoman said on his behalf that the allegations were untrue. Sakina Cole, the spokeswoman, added that Tombar had not seen the investigation’s findings until Wednesday when they were provided by a reporter.

“It is highly negligent of the State of Louisiana to have released what was considered a completed internal investigation of unproven claims. Mr. Tombar maintains that he has not harassed anyone and that he definitely did not threaten anyone’s job,” Cole said in an emailed statement. “Mr. Tombar resigned in an attempt to protect his family from any public ridicule and manipulation, but it was not an admission of guilt in any regard. Employed or not, Mr. Tombar should have been contacted by the State of Louisiana to give him the opportunity to address the allegations.”

The report, dated April 23 and prepared by Louisiana Division of Administration Director of Human Resources Ron Jackson, concluded that Tombar “clearly establish(ed) a pattern of sexual harassment and hostile work environment.” The report notes that attempts to meet with Tombar to provide him an opportunity to refute the claims were unsuccessful because Tombar resigned on April 21.

The report detailed the accounts of the two women and provided electronic messages exchanged between the parties over about five months. Neither of the women were identified.

Cole said that the text messages and Facebook messages have not been authenticated.

The first woman, identified as a female employee of Providence, an independent contractor of LHC with an office in the same building, said the harassment started in November 2014 at a Thanksgiving luncheon when Tombar fed her food from his plate in a “very flirtacious manner in the presence of LHC employees.”

The woman “reported feeling uncomfortable and embarrassed by the event but relented due to his position within the organization,” Jackson wrote in the report.

Tombar “friended” the woman on Facebook and Instagram after the luncheon and asked her to drinks. He continued to ask her for drinks, but the woman said she made excuses, afraid that a direct “no” would lead to retaliation in the form of removal from the contract and loss of employment, the report said.

Tombar, who lives in New Orleans, eventually started requesting that the woman spend the night at Baton Rouge hotels with him when he was in town for LHC board meetings and other events, the woman said.

On February 10, while in town for a board meeting, Tombar met the woman at Zea Rotisserie and Grill off Corporate Boulevard and gave her a key to his room. The woman said she made up an excuse and didn’t go to his hotel room.

Short excerpts of text messages and Facebook messages included some of Tombar’s exchanges with the woman. In one text message, he texted the woman early in the morning writing: “I’m up for a sunrise surprise if u are?” The report, citing a definition in Urban Dictionary, described a “sunrise surprise” as waking someone up at exactly 6 a.m. with a sex act.

The woman reported Tombar’s behavior in an April 10 email to the LHC Board of Directors, providing additional context.

“Mr. Tombar then called excessively to the point I had to block him because me(sic) daughters starting(sic) asking who keeps calling. When I mentioned this to someone they googled sunrise surprise and told me what it means. When I heard what it meant it made me sick and disgusted.”

In his texts he urged the woman to be discreet.

In a Facebook message provided without much additional context, Tombar says, “You’re cool with my having a wife at home? You don’t have to worry about jealousy. I wouldn’t put YOU in that position.” Tombar is married with three children, according to an online biography.

The woman responds, “That doesn’t concern me I got the impression you wouldn’t put me in that position as well.”

Tombar said, “Discretion is key... both at work and home. Agreed?”

In March, LHC announced layoffs, according to the report. Tombar messaged the woman asking her if she was aware of the layoffs and was concerned she would lose her job. In a text, he told her to call him. The woman said he then told her she would be “safe” from layoffs and then asked her to spend the night with him before the April 7 board meeting. The woman said she made up another excuse to avoid going to his hotel room.

The woman emailed the Louisiana Housing Corporation Board of Directors on April 10 to detail the harassment, calling the past six months of her employment “unbearable” because of Tombar’s advances.

“I am a single mother of 2 and I cannot afford to lose my job; but I can’t live or work under Mr. Tombar’s constant pressure,” the woman wrote in her email to the board. “Mr. Tombar has complete power of me and my job.”

The report said that the women were both asked what relief they were seeking, and both replied that they wanted to keep their jobs and be kept away from Tombar.

The first woman indicated that she sought legal counsel to protect her rights, the report said.

Tombar’s spokeswoman also said Tombar is considering legal action to protect his rights. She said it was wrong for the state to release the unproven allegations “without due process.”

“Mr. Tombar was denied due process by never being fully informed of the specific allegations against him and given a formal opportunity to respond to the allegations. The investigation was shoddy and woefully deficient,” Cole said. “The investigators findings are premature at best. To come to conclusions based on one-sided information is egregious and negligent. Mr. Tombar will not and should not have to try his case in the media.”

The Louisiana Housing Corporation, with an annual operating budget of about $15 million, is an umbrella agency created by the state Legislature in 2011 to administer state and federal funds for affordable housing projects. The LHC includes the Louisiana Housing Finance Authority and state Office of Community Development, along with other state housing programs.

Tombar was considered well-sought after when he was first hired to lead the agency. He served as a senior advisor to U.S. Department of Housing and Urban Development Secretary Shaun Donovan. He also directed the Road Home Program created to help homeowners rebuild after Hurricanes Katrina and Rita.

In his letter of resignation, Tombar made no mention of the investigation, only noting that he was proud of his record of accomplishments over the past 22 months and “my tremendous service to the citizens of the State of Louisiana.” ?Mayson Foster, chairmain of the Board, said he wouldn’t comment directly about Tombar’s investigation. However, he noted that the agency is trying to be transparent.

“I do think the board has been transparent in the actions it has taken,” he said. “We’ve released all the information we have in our files, but we will not make direct comments on anyone’s employment.”

Tombar was hired by the board of directors after a search process yielded him a finalist.

In his absence, Chief Administrative Officer Michelle Thomas is leading the agency. Foster said the board will likely not move on finding a new executive director until after the fall elections.