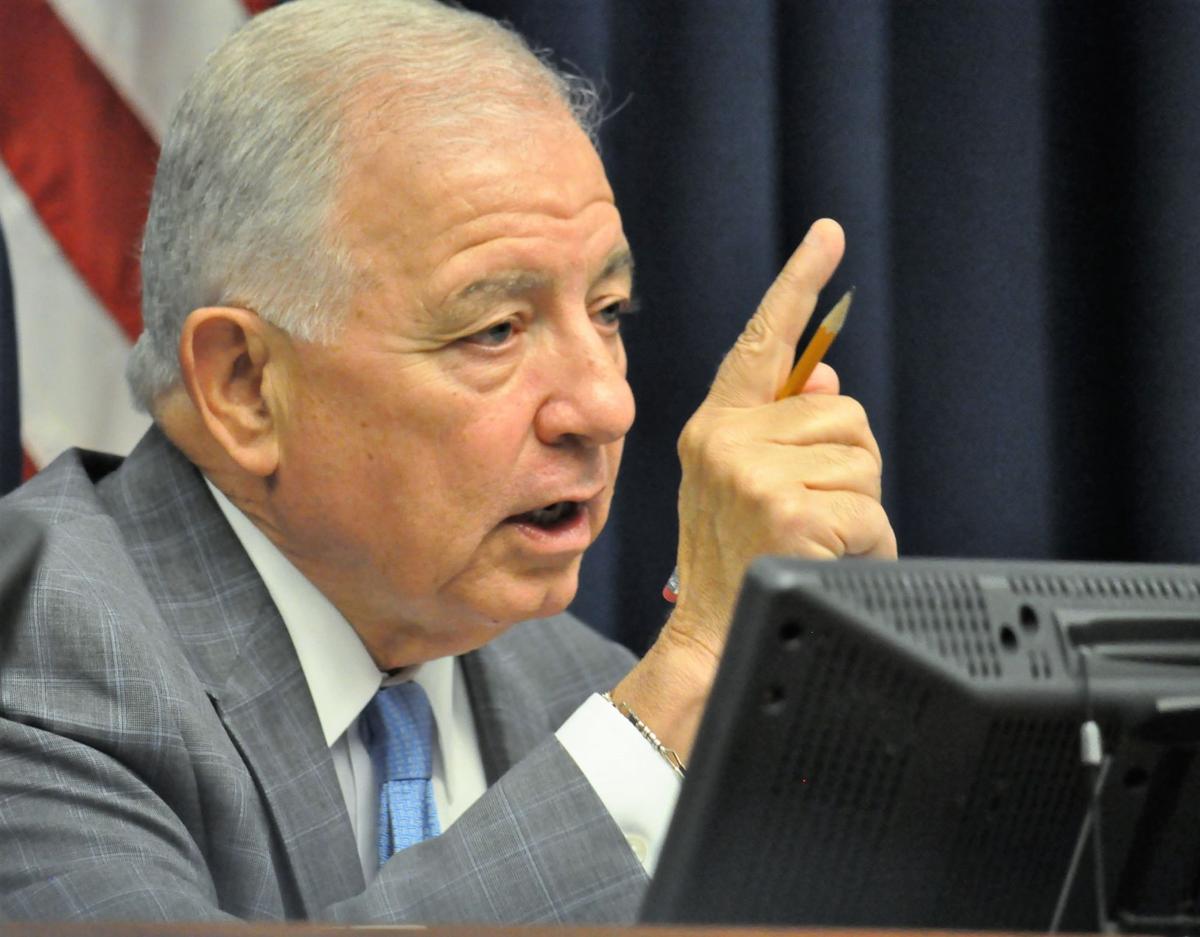 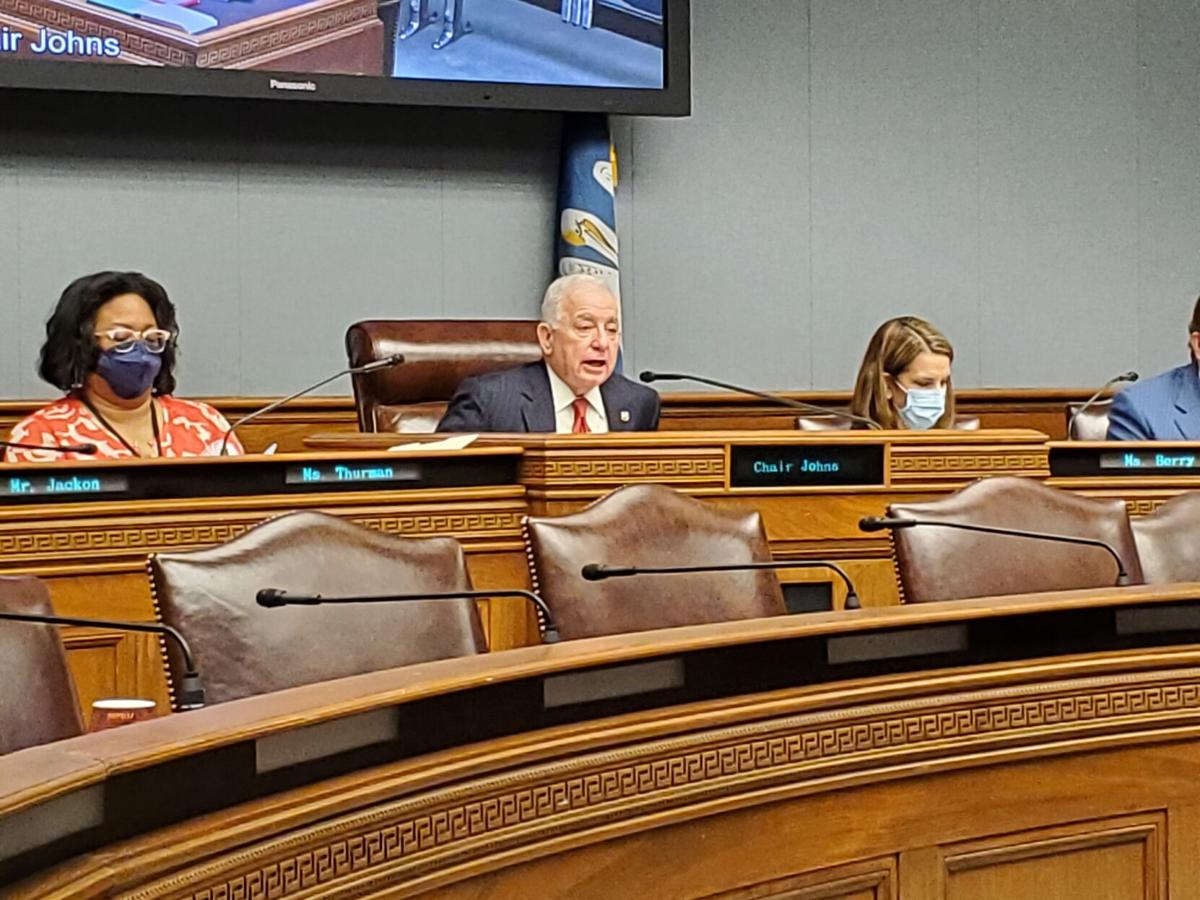 Ronnie Johns, center, chairs his first meeting of the Gaming Control Board on Thursday, August 19, 2021.

Ronnie Johns, center, chairs his first meeting of the Gaming Control Board on Thursday, August 19, 2021.

Louisiana regulators approved emergency rules Thursday to jump-start the ability for adults to wager on sporting events in Louisiana by midway through the upcoming football season.

But an industry spokesman says some of the 20 established casinos should be able to take in-person bets sometime by mid-September, rather than around Thanksgiving.

The Gaming Control Board, without objection, approved emergency rules to go into effect Monday. It’s just the first step. The law creating sports betting, which was approved in June, envisioned adults betting on their cellphones or online or while dining in a restaurant that serves alcohol or in a bar in the 55 of the 64 parishes that voted to allow the game. Those aspects are coming, but regulators wanted to get started.

Regulations allow the Big 20 casinos — on 15 riverboats, and at four racetracks as well as Harrah’s in New Orleans — to file their applications on Monday. Upon filing, applicants begin a regulatory vetting process that leads to temporary licenses so that “sports wagering could get off the ground,” said Assistant Attorney General Dawn M. Himel, who presented the rules to the Board.

Will sports betting be ready for football season? 'That made me nervous,' lottery leader says

Now that sports betting bills passed by the Legislature have been signed into law, the first legal bets in Louisiana could be placed at the en…

The emergency rules will remain in effect for 180 days and can be renewed for another 180 days, though Himel said she hopes to have the permanent regulatory procedures ready for approval before the first six-month period expires. The state’s permanent rulemaking requires time for public input and other procedural requirements.

Though lawyers from the Department of Justice, the Louisiana State Police and the Gaming Control Board wrote the rules, they got input from about 90 interest groups, including the casino industry.

“Not everybody got what they wanted, but everybody got heard,” said Ronnie Johns, who chaired his first meeting as head of the Gaming Control Board. Johns replaced Mike Noel, who resigned in June on the same day he was likely to face questions from a legislative committee about actions he took as State Police commander in 2019 after the brutal death of Ronald Greene at the hands of Louisiana State Police troopers.

State Sen. Ronnie S. Johns, R-Lake Charles, was named Friday by the governor to chair of the Louisiana Gaming Control Board, then resigned his…

Johns noted that Mississippi casinos have been offering sports betting for several years now. “This is brand new territory for us in Louisiana,” he said.

The first licenses will go to the Big 20 so-called “brick and mortar” casinos — all of whom are already licensed for different gambling games and regularly undergo suitability investigations. “I’m hopeful we’ll be able to get started by the middle of football season,” Johns said.

But the head of the casino industry’s trade association thinks that some of the Big 20 will be able to take bets as soon as mid-September at least from visitors to the casinos.

Wade Duty, the executive director of the Louisiana Casino Association, said many of his members have prepared applications and will file them soon. As they are already licensed, the vetting process will be quicker. “As far as timeline, I’d expect to see some of the brick and mortars ready by mid-September to take in-person, on-premises (wagers),” he said.

Casinos will handle bets of sporting events in temporary facilities off the gambling floor. The law requires casinos to set aside a permanent area with controlled access for bettors placing wagers in person. Several of the casinos are in the midst of building large sports betting parlors, including television screens and restaurants, that will cost millions of dollars and take months to complete.

Under the new law, the 20 licensees will be able to contract vendors to handle the betting on smartphones and laptops. That bit will take longer. The Louisiana State Police will need to do a suitability investigation on each of the contracted online service providers to ensure their officials are free of criminals and their companies are secure enough to handle the contract. Regulators also are going to have to review and approve the “geofencing” software, which ensures that the bettor is in one of the 55 parishes that allow sports wagering, and the technology used to screen out minors and gambling addicts from making bets.

Betting in restaurants that serve alcohol and bars will be handled on about 1,000 kiosks, which will be overseen by the Louisiana Lottery Corp. The lottery is making its own rules for sports betting, separate from the gaming commission. Those rules will mainly focus on suitability standards, similar to those businesses have to meet in order to sell lottery tickets, such as paying taxes and not having a criminal record.

Sports betting is on the way in Louisiana as Gov. John Bel Edwards signed the legislation Tuesday to create the protocols and regulation of wa…

Despite a slow down because of Hurricane Ida, eight casinos as of Thursday have applied to offer sports betting in Louisiana, according to the…

Sports betting is here in Louisiana. Get updates and analysis from our experts in your inbox.