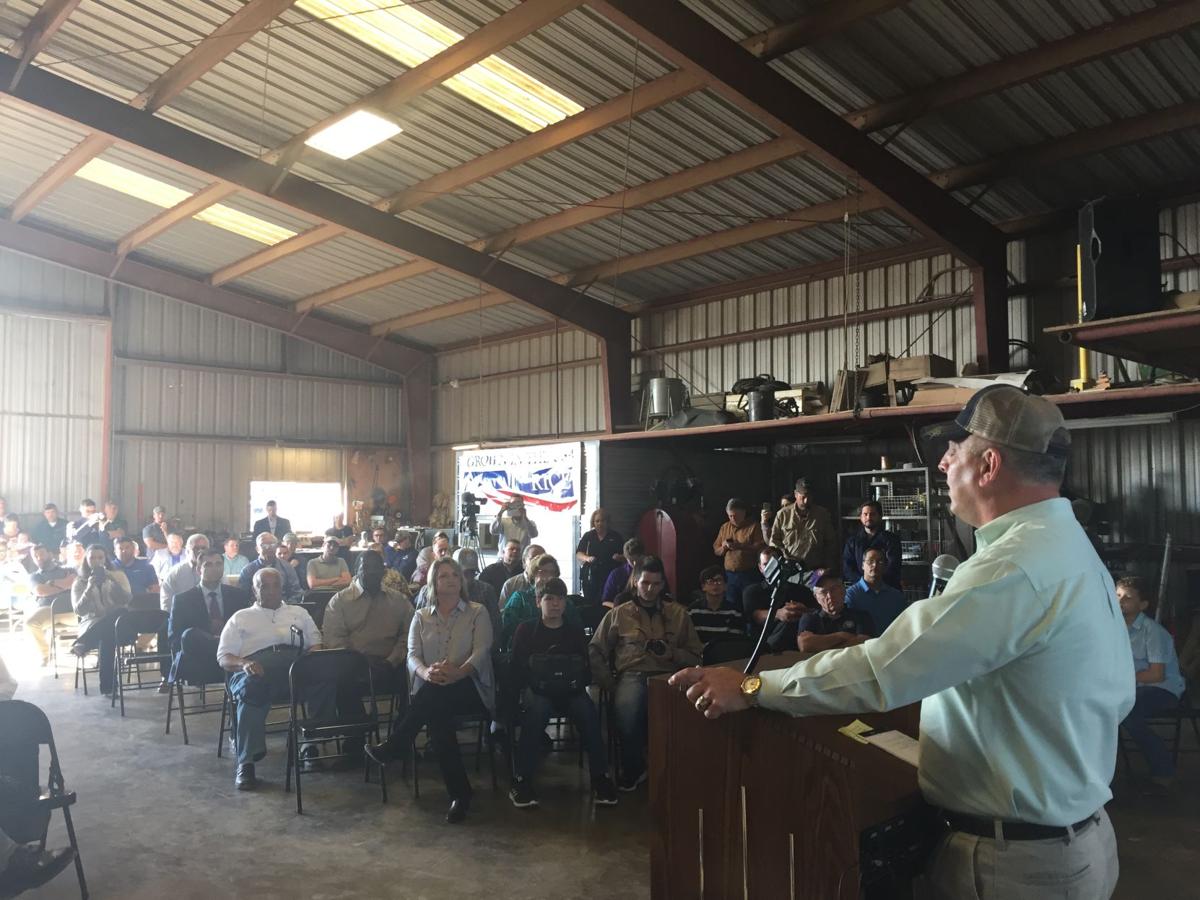 Gov. John Bel Edwards speaks to a crowd on his agriculture tour stop at R&N Farms in Evangeline Parish on Friday, Nov. 17, 2017. 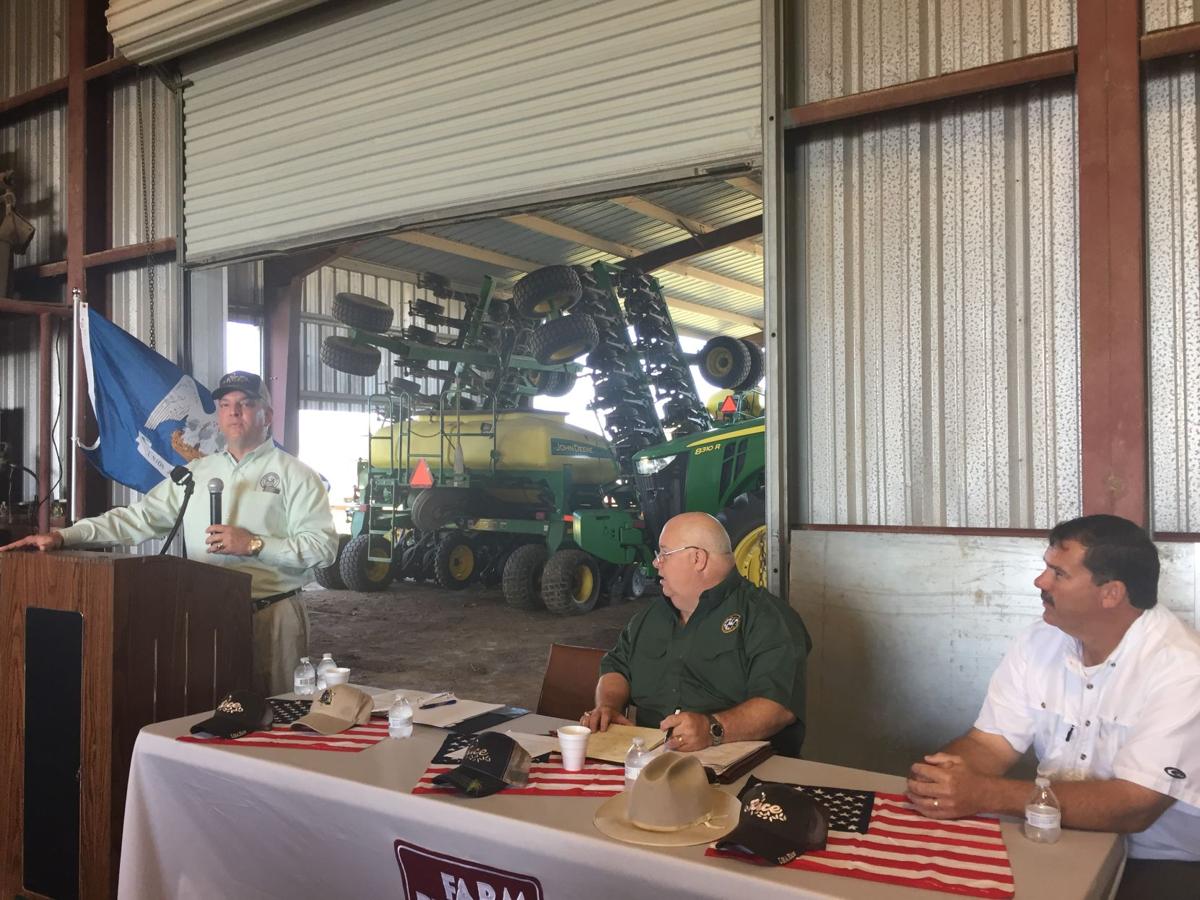 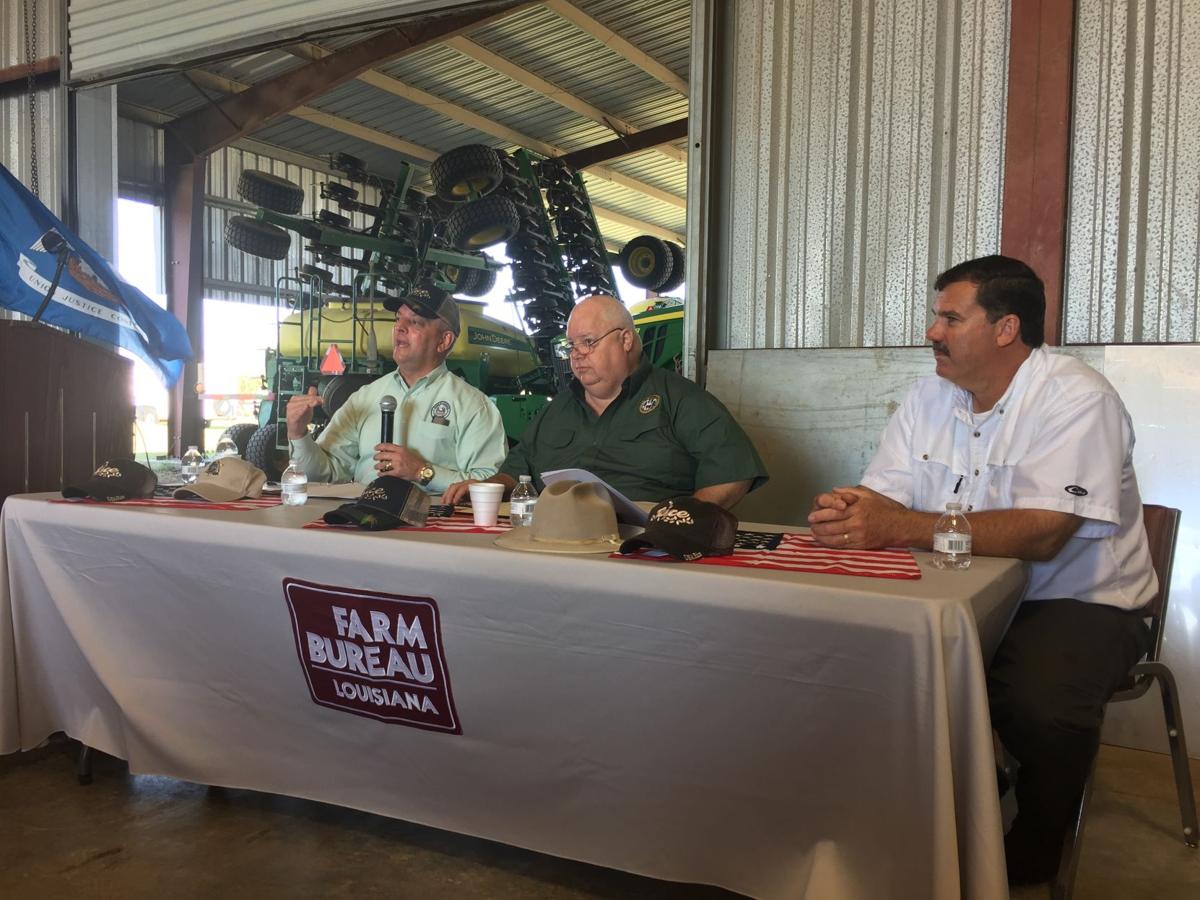 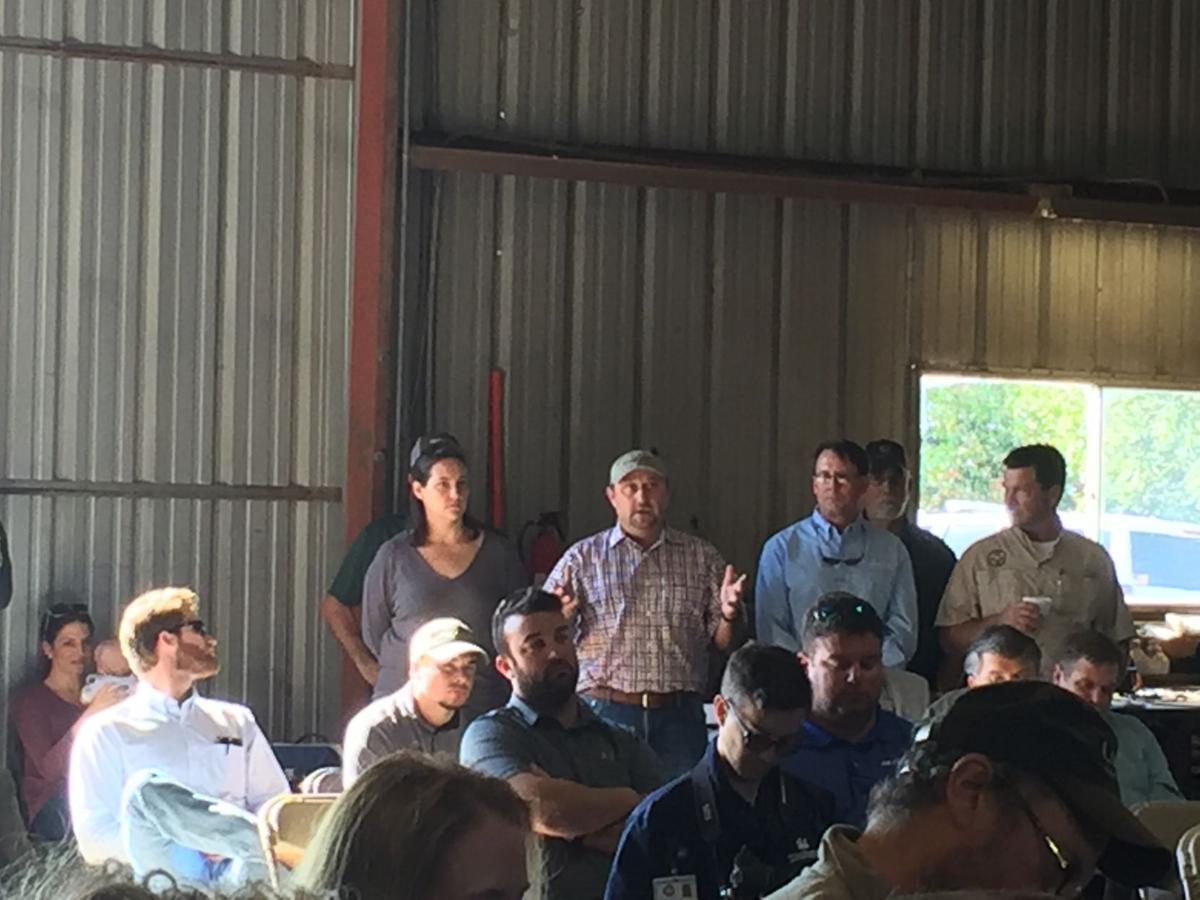 Gov. John Bel Edwards speaks to a crowd on his agriculture tour stop at R&N Farms in Evangeline Parish on Friday, Nov. 17, 2017.

EVANGELINE PARISH — Gov. John Bel Edwards has hit the farm circuit — a sharp change in scenery after a first year and a half in office focused on insider issues that kept the governor tethered to the State Capitol or, even worse, the state's disaster command headquarters.

Edwards spent the past week meeting with farmers, on their turf, across the state — part listening tour, part promotion for one of the state's largest industries. It's also the kind of retail politics that couldn't hurt as Edwards, Louisiana's lone Democrat elected to statewide office, seeks re-election in 2019.

Unlike meetings he's held behind closed doors with local officials and business leaders to discuss ways to shore up the state budget, the agriculture tour events — held in barns and fields — have been open to the press and anyone else who wanted to see the governor.

"We don't just feed Louisiana in Louisiana; we feed the world," Edwards said.

During a recent stop here, on a rice farm just outside Ville Platte, people crowded around Edwards to take photos and tell him personal stories. A cellphone was passed to him from the crowd at one point so he could wish someone a happy birthday.

"We have a lot of positive news across the state of Louisiana," Edwards said.

Edwards said his main goal has been to get a clearer picture of "how we can do a better job of representing these constituents."

Edwards has been traveling with Agriculture Commissioner Mike Strain, a Republican who has led the Louisiana Department of Agriculture and Forestry for the past decade and introduces Edwards at each stop as "our friend." Strain said the tour has been in the works for more than a year, but several issues kept them busy, including last year's historic floods that, in addition to leaving thousands of families displaced from their homes, also affected the agriculture industry.

"Instead of touring Louisiana, we were pounding the doors in Washington," Strain said.

As they traveled from farm to farm last week, a few common concerns were frequently repeated:

• Several people brought up possible changes to temporary guest worker visa programs that could threaten labor that they need, particularly in the seafood industry.

• Many said they are concerned about the future of trade deals that affect the industry, including the Trump administration's withdrawal from the Trans Pacific Partnership and ongoing negotiations over the North American Free Trade Agreement.

• Some asked the governor about the outlook for future transportation projects in the state, noting that new weight restrictions on aging bridges have shifted hauling routes, making them more costly and time-consuming.

• Edwards said on nearly every stop he heard concerns about cuts to the state's agriculture research efforts at LSU and Southern University's ag centers.

"We know that LSU alone has $20 million less to invest in ag centers this year than it did last year – That is not in our best interest," Edwards said. "We need more research, not less."

A little over a year ago, Edwards, Strain and an envoy of farmers, business leaders and economic development officials traveled to Cuba to establish relations ahead of what was expected to be continued steps toward ending the embargo.

Strain said that efforts continue on making the case for increased trade opportunities with Cuba.

Louisiana explores ways to develop Cuban ties outside of trade

"We're working hard to open that market," he said.

Experts say the latest restrictions that the Trump administration has placed on U.S. business dealings with Cuba won't directly further restrict the already limited food exports currently allowed. But it is unclear whether there may be unintended challenges posed by them.

"It's unfortunate because, they're gonna get inferior rice from Vietnam," Edwards said. "We're not gonna have that opportunity."

Louisiana has continued to maintain contact with Cuban leaders to keep relationships open, he noted.

"I hope we can find a path forward," he said.

"Cuba is still a goal of ours," Edwards said. "I think over time things will be resolved. We just have to get the right people engaged, and I think it will transpire."

The opening of trade between the United States and Cuba could be a boon across several industries in Louisiana, business leaders told Cuban of…

But he said he sees other positives happening in the industry in the meantime. Last week it was announced that Iraq will buy 90,000 metric tons of American rice through a new trade agreement — the second so far this year.

"It's picking up a void, of sorts," he said, crediting members of the Louisiana congressional delegation, particularly U.S. Rep. Ralph Abraham, an Alto Republican who serves on the Agriculture Committee, with helping facilitate.

Strain is overall optimistic about the industry's future.

"It's getting stronger, and I think you will see our ability to double it in the next 10 years," he said. "I'm very excited about it."

Anticipating an as-yet uncalled February special session, Gov. John Bel Edwards and state lawmakers are trying to come up with a plan to addre…