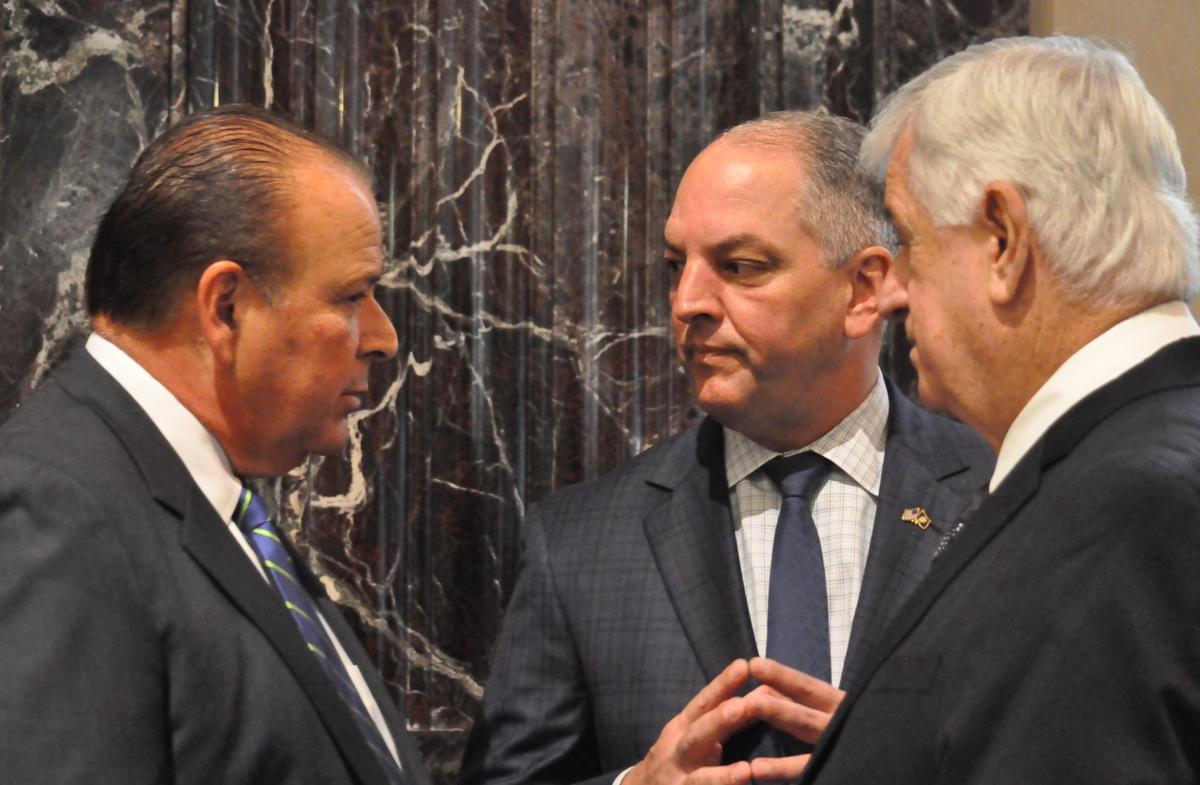 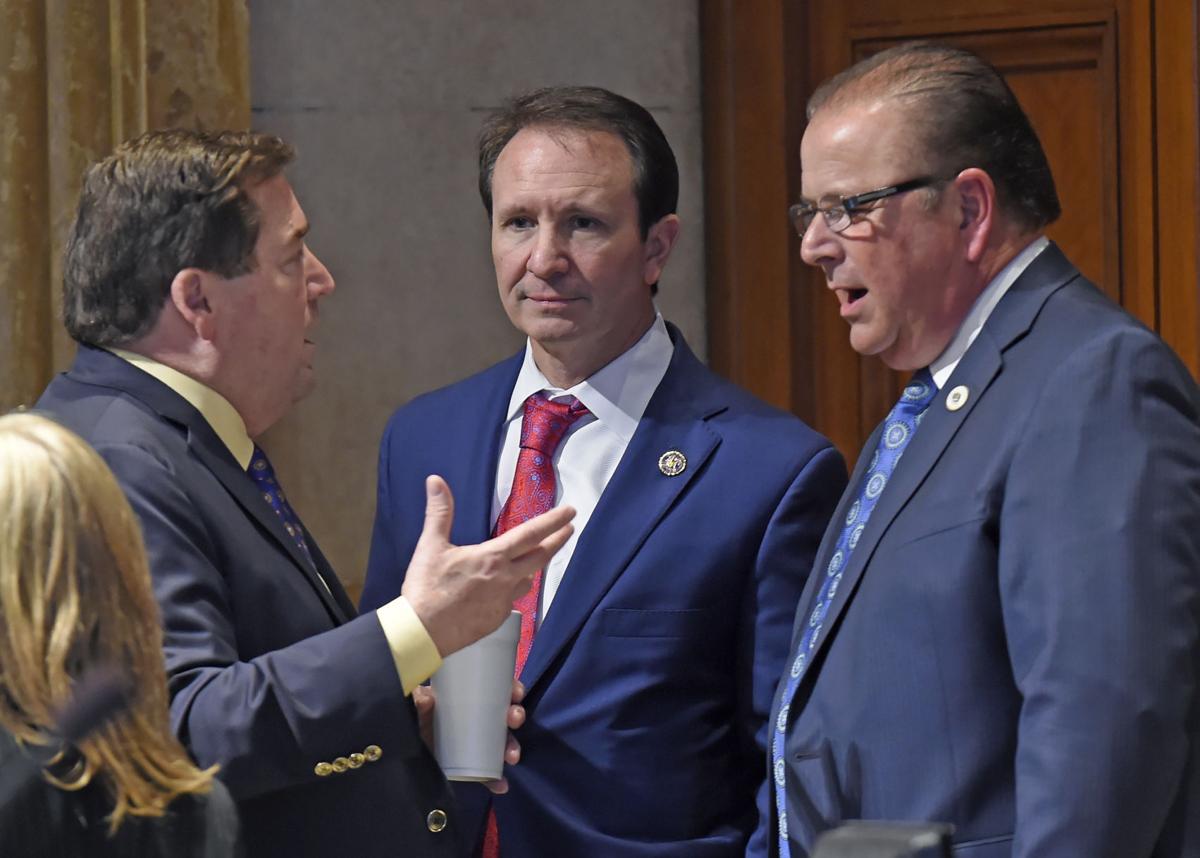 Gov. John Bel Edwards has accused Attorney General Jeff Landry of threatening health care for thousands of Louisiana residents with pre-existing conditions by signing onto the latest lawsuit that is attempting to upend Obamacare.

"Everyone acknowledges the Affordable Care Act has flaws, and we should be working together to fix what’s broken," Edwards said in a statement. "Protecting coverage for people with pre-existing conditions is one area where there is broad, bipartisan support.

"If successful, this lawsuit would cause chaos within the health care system, and the people of Louisiana would be left to pick up the pieces," he added.

Landry, meanwhile, argues that he would work with the Louisiana Legislature to protect people with pre-existing conditions from losing coverage if the latest ACA challenge is successful.

"I think that would be a debate we would have at the Capitol in the Legislature," Landry said, appearing on CNN Monday morning to discuss the lawsuit.

Louisiana could get more than $172 million back from the IRS, if this week's federal ruling against a fee tied to the federal Affordable Care …

And now House Speaker Taylor Barras has entered the fray, backing up the attorney general with a pledge to solve the issue on a state level if the need arises.

“Our desire is to help Louisianans get better health care," Barras, R-New Iberia, said in a statement. "We stand ready to work on maintaining coverage for pre-existing conditions.”

The newest Landry versus Edwards spat hinges on the latest conservative effort to put an end to Barack Obama's signature health care law after a decade of unsuccessful challenges and deliberate efforts to chip away at the ACA.

Landry and 19 other Republicans attorneys general involved argue that after Congress eliminated the tax penalty for people who do not have insurance, other consumer-driven components of the law, including coverage for non-elderly people with pre-existing conditions, should also be struck down.

"Once the heart of the ACA — the individual mandate — is declared unconstitutional, the remainder of the ACA must also fall," the suit argues.

The U.S. Supreme Court ruled much of the law constitutional in 2012, though it made it optional for states to expand Medicaid eligibility to cover more adults.

The latest lawsuit was heard in a federal court in Texas last week. If successful, the decision is likely to be appealed to a more conservative high court than the one that upheld the law in 2012.

The Trump administration, which has long sought an end to Obamacare, has said it doesn't plan to defend the ACA against the latest challenge.

About 850,000 people in Louisiana with pre-existing conditions could be affected if the lawsuit is successful. Additionally, Louisiana expanded Medicaid though executive order shortly after Edwards took office in 2016. About 477,000 Louisiana residents, mostly the working poor, are covered under Medicaid expansion and would also lose coverage if the ACA is repealed without further legislative action.

Edwards said Landry didn't reach out to the governor's administration or health care leaders before signing joining the Texas suit.

"It’s deeply disturbing that he has committed the state to this effort without consulting anyone and even worse, without having a plan in place to ensure these individuals do not lose their health care."

Edwards, a Democrat, and Republican Landry are often at odds, and Landry is openly mulling mounting a challenge to Edwards in next year's gubernatorial race.

During the CNN interview, Landry was repeatedly pressed for specifics on what the GOP alternative would be in Louisiana to ensure that people with pre-existing conditions do not lose health care access.

"I'm not the Legislature — I'm the attorney general making sure we abide by the rule of the law," he said.

“Like Attorney General Jeff Landry said earlier this morning on CNN, Republicans have long believed people with pre-existing health conditions should be protected,” Barras said. “We are a party interested in expanding choices, increasing coverage and reducing premiums.”

Edwards is now asking Barras to commit to using one of his five non-fiscal bills allowed during next year's legislative session to the issue.

"This strong, public show of support from both you and the attorney general would ensure its passage and provide peace of mind to the 849,000 individuals who will await the court's decision," Edwards wrote in a letter to Barras that was also sent to Landry.

Barras, who has often been at odds with Edwards during state budget negotiations but has rarely stepped into battles with the governor outside of the State Capitol, didn't respond to The Advocate's request for comment on Edwards' proposal Tuesday.

According to his initial statement, Barras has had conversations with Landry about the lawsuit and its potential outcomes, though he did not elaborate on when those conversations took place.

“I greatly appreciate the Attorney General’s respect of the separation of powers and his reverence of legislation being initiated by the House and Senate," Barras said.