A vote on the incorporation of a new city of St. George will happen in October, the governor's office has confirmed.

The election has been scheduled for Oct. 12, according to a proclamation issued by Gov. John Bel Edwards on Friday afternoon.

Backers of the new city have collected the signatures of 25 percent of voters necessary to compel a vote, the document says.

Proponents had hoped the issue would have gone before voters in May, and that low voter turnout would have aided the chance of approval.

If approved by voters, St. George would be the fifth city in East Baton Rouge Parish, joining the cities of Baton Rouge, Baker, Zachary and Central. Central residents voted to create their own city in 2005. 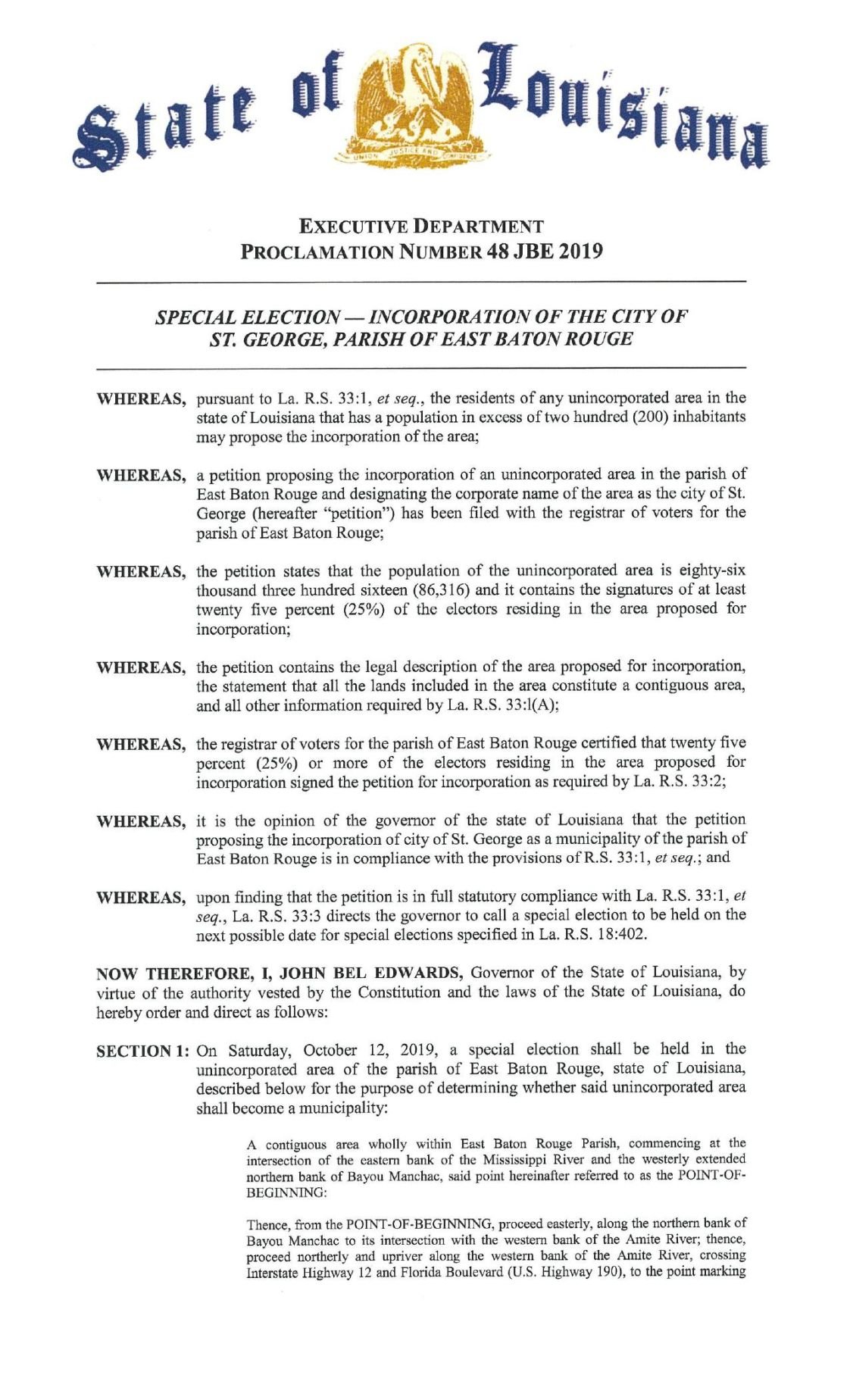 Also on the Oct. 12 ballot are a number of statewide races, including governor, lieutenant governor, treasurer and attorney general, plus many legislative seats.

St. George opponents had said previously that those backing the proposed new city wanted the election in May because it, without the attention paid to governor’s race, might draw a smaller number of voters. Aggressive get-out-the-vote efforts are more successful when the number of voters is smaller.

St. George organizers submitted 17,102 signatures for verification last October to East Baton Rouge Registrar of Voters Steve Raborn, who announced Feb. 25 that 14,585 signatures had been accepted and certified by his office. Before supporters could ask the governor to set an election date, the effort needed 12,951 valid signatures — a quarter of the number of registered voters within the proposed boundaries of St. George at the time the petition drive began.

Census data released this week show that more than 18,000 people moved out of East Baton Rouge Parish between 2010 and 2018, with the pace of …