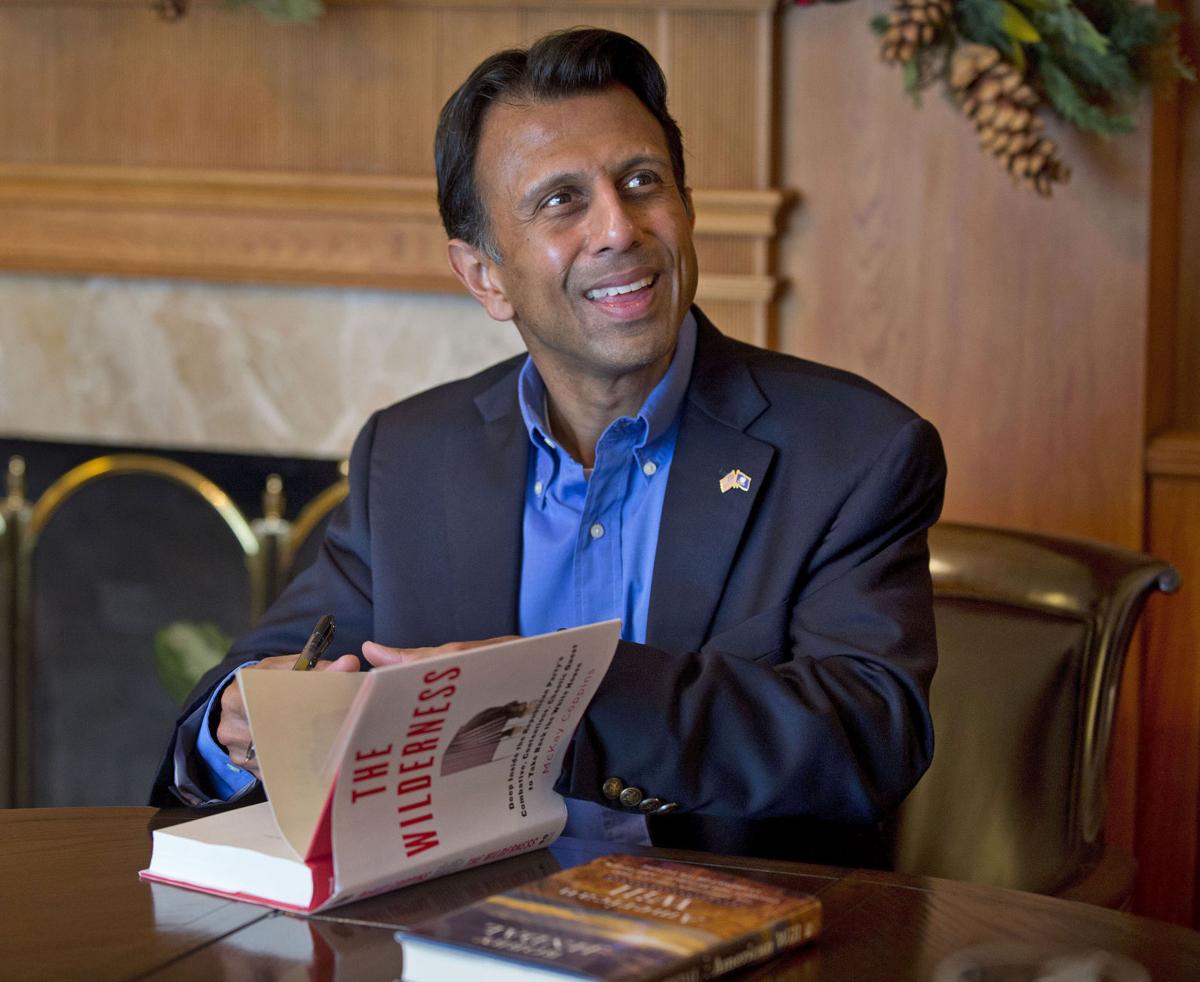 Advocate staff photo by TRAVIS SPRADLING -- Gov. Bobby Jindal talks about his tenure as Governor, as his two terms in office wind down. 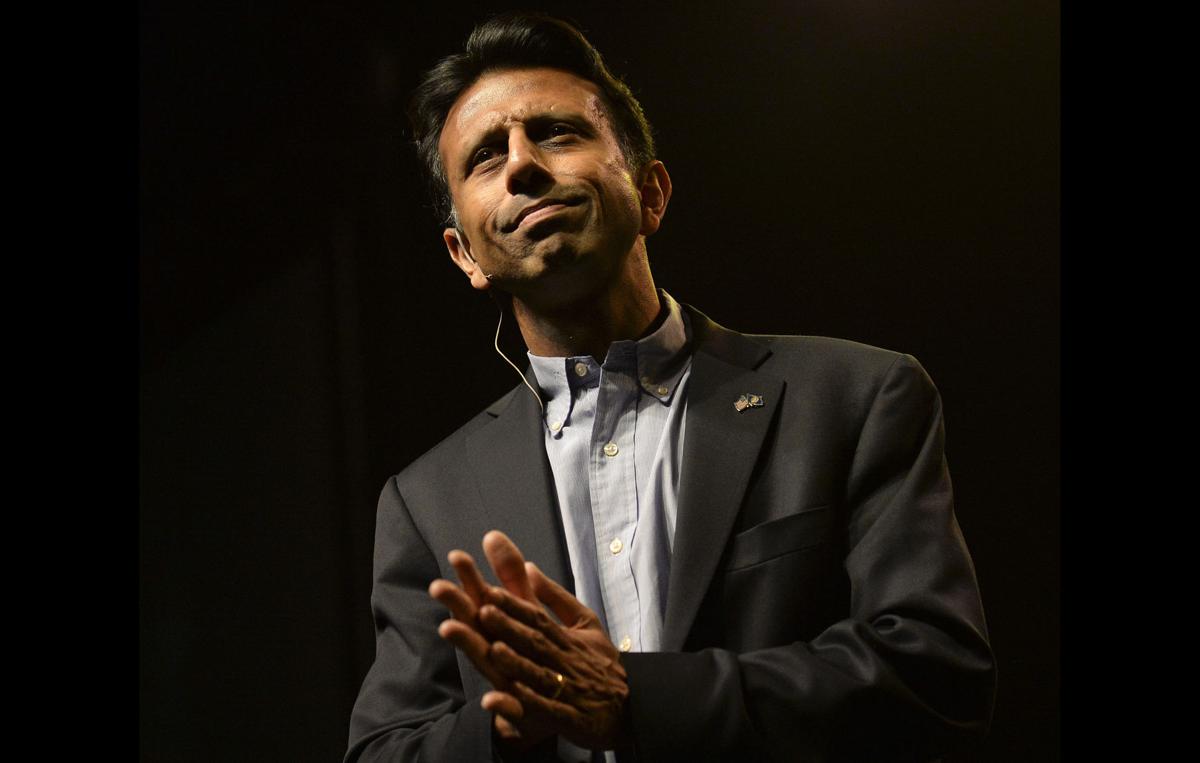 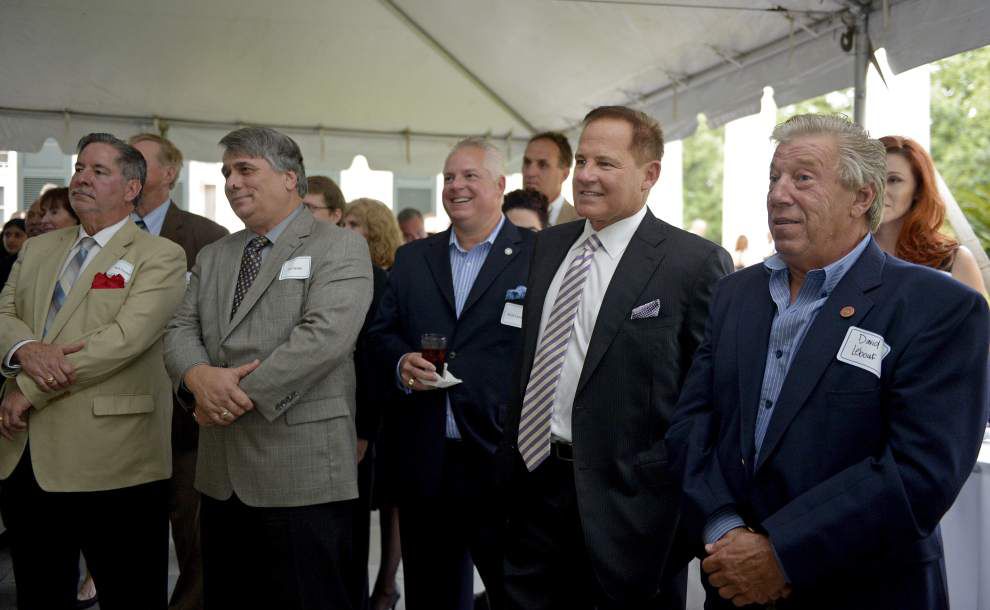 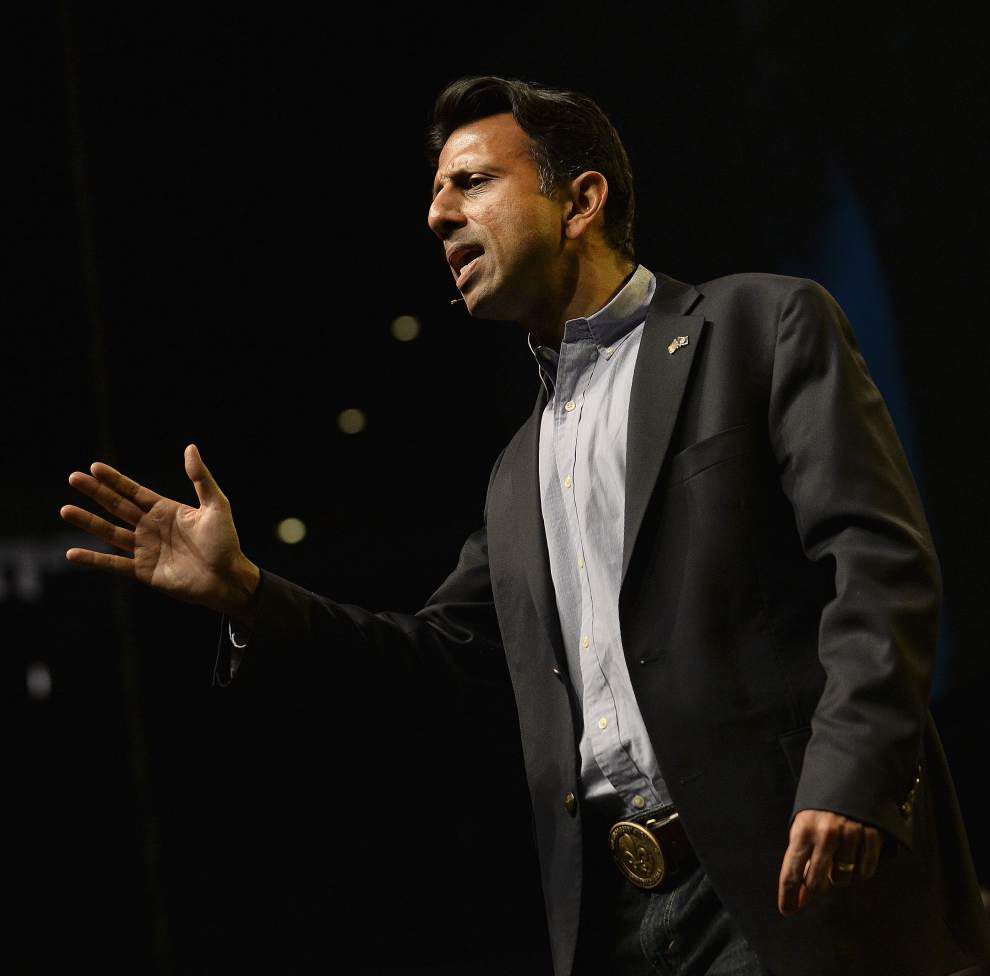 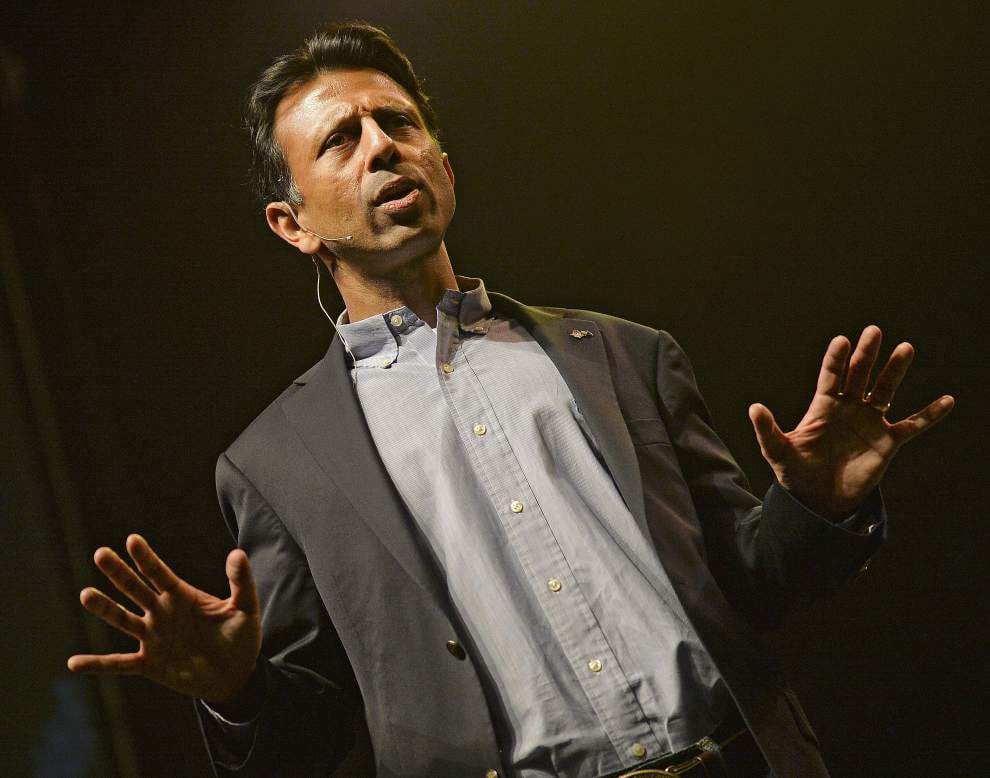 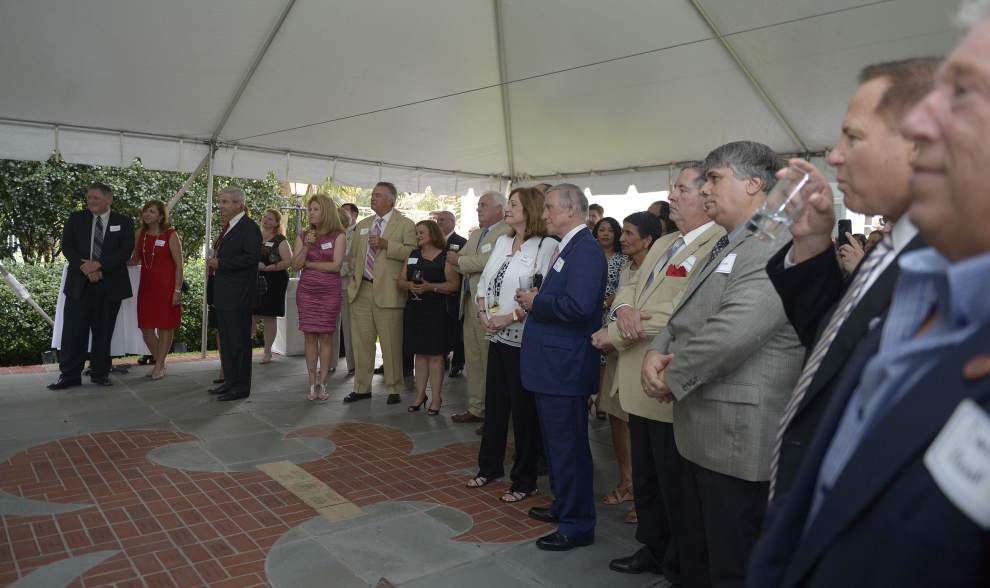 Advocate staff photo by TRAVIS SPRADLING -- Gov. Bobby Jindal talks about his tenure as Governor, as his two terms in office wind down.

A former member of the LSU Board of Supervisors is raising questions about whether the ultimate appointer of board members — Louisiana’s governor — knew about the agreement from his designees to bury a sexual harassment investigation into former LSU head football coach Les Miles.

When the Miles allegations were investigated, Bobby Jindal was governor, and several of his appointees were in the loop.

Tony Falterman, the longtime former district attorney for Ascension, Assumption and St. James parishes and former LSU board member, said Friday that he’s been frustrated by the role that some of his fellow board members played in agreeing to keep the Miles allegations under wraps. Falterman, who was appointed to the board by former Gov. Kathleen Blanco, served through Jindal’s first term, alongside a number of Jindal appointees.

It was three of Jindal’s appointees who helped ensure that a 2013 investigation into Miles would be cloaked in secrecy, only to be released if a court order required it. Jindal appointed Hank Danos and Robert "Bobby" Yarborough to the board in 2010, while he appointed Stanley Jacobs in 2012.

“My question is: Was he aware of it?” Falterman said Friday about Jindal. “I’m wondering if he was aware of what was going on and if not, why didn’t they make him aware.”

Yarborough said in an email Friday that he did not tell Jindal about the Les Miles case. Danos and Jacobs did not respond to messages Friday.

Jindal did not respond to several attempts to reach him Friday, including emails, phone calls, text messages and social media messages to a spokesperson for his current political organization, America Next. Though Jindal often weighs in on national news on social media, and has recently opined on the sexual harassment allegations against New York Gov. Andrew Cuomo, the former governor has yet to comment on an LSU sexual harassment scandal that is much closer to home and that occurred during his tenure.

Appearing before a committee at the state Capitol on Wednesday, Abby Owens identified herself publicly for the first time as a survivor of a s…

Jindal was vocal in his support in 2015 for Miles — when the coach was widely popular in Louisiana — amid an attempted ouster from then-Athletica Director Joe Alleva. Miles helped to campaign for Jindal the next month, when Jindal mounted a short-lived presidential campaign. Miles was fired in 2016 after a streak of disappointing football losses.

Jindal declined to reappoint Falterman to his seat on the LSU board in 2012. In August 2012, Jindal replaced Falterman with Scott Angelle, a 2015 gubernatorial candidate who most recently served as director of the federal Bureau of Safety and Environmental Enforcement.

As Falterman was leaving the board, the Miles scandal was starting to gestate. Former LSU President F. King Alexander said this week that investigations into Miles began in 2012. Falterman — like most members of the public — did not hear about it until a few weeks ago.

In April 2013, based on the allegations in those investigations, Alleva told then Interim Chancellor William Jenkins that Miles should be fired.

In the days following the release of Husch Blackwell's damning report on LSU's mishandling of sexual misconduct complaints, key players in Lou…

"I think his continued employment needs to be seriously considered," Alleva wrote in an email. "When reviewing the use of a secret personal phone, the text messages, the fact that I had already advised him against such behavior, the evening meeting off campus, etc. it gives me great concern for the future."

In May 2013, the law firm Taylor Porter delivered its Miles investigation to three of the 16 LSU board members: Danos, Yarborough and Jacobs. The other people who received it were Alleva, former LSU general counsel and Taylor Porter attorney Shelby McKenzie and LSU senior associate athletic director Miriam Segar. Miles, the investigation shows, had been accused of kissing a female student twice, "unwanted touching," telling her he was attracted to her and suggesting that they go to a hotel or to his condo together.

Miles denied the allegations, but LSU ordered him to stop being alone with female students, to stop hiring them to babysit his children and to attend eight hourlong counseling sessions.

Former LSU President and Chancellor F. King Alexander wrote in a letter Monday that he regrets not taking stronger action when faced with alle…

Alexander, now president of Oregon State University, apologized this week for his inaction on the Miles allegations. Oregon State’s faculty union has raised questions about how thoroughly Alexander was vetted before he took the job last year.

Miles, meanwhile, agreed to part ways this week with the University of Kansas, where he became head coach in 2018. The Kansas athletic director, Jeff Long, who brought Miles there and agreed to pay him $2 million to leave, has also resigned over the affair.

“The public should have been made aware of what it was,” Falterman said. “These were serious allegations; you’ve got kids that are gonna be affected by the rest of their lives by what happened. And it’s all about winning football games and not about the students and what it did to their lives … they’ve got to live with that.”

Yarborough told The Advocate | The Times-Picayune last week that he saw the Miles investigation through the same lens as other personnel matters that the board could not openly discuss.

He said that the discipline for Miles was “the right decision at the time” based on the Taylor Porter investigation.

"Without due cause, what can you do to be assured that a situation has changed? That the situation would not happen again?" Yarborough said. "We felt — at least I did — that given the facts and the recommendations and the assurances they were being carried out was a step in the right direction."

Jacobs told Sports Illustrated on March 9 that he did not tell a soul about the Miles investigation, not even his wife. Like Yarborough, he defended the decision-making at the time, saying that it felt right based on the evidence available in 2013.

But Jacobs also told Sports Illustrated that he’s been revisiting the decision a lot lately.