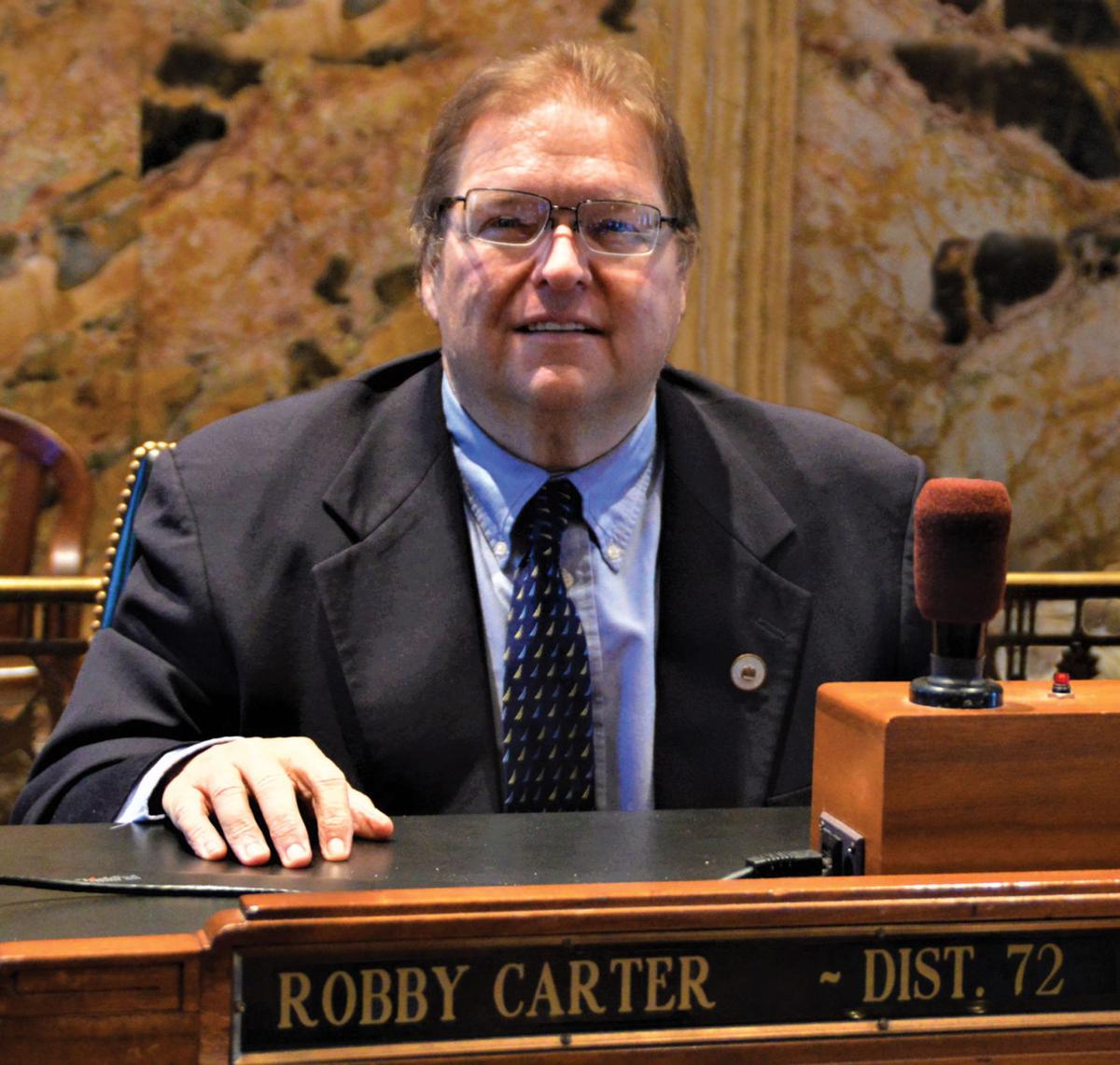 GREENSBURG — State Rep. "Robby" Carter of Greensburg has drawn one challenger for the legislative seat he has held for 16 years over split terms. His opponent for the post, which covers St. Helena and parts of East Feliciana and Tangipahoa parishes, is Marylee Bellau of Kentwood.

Bellau could not be reached for comment despite numerous calls to the telephone number listed on qualifying documents submitted to the Louisiana Secretary of State's office. She was arrested by Tangipahoa Parish Sheriff’s Office deputies on Sept. 18 and charged with allegedly possessing marijuana, CDS III drugs, drug paraphernalia and child endangerment. According to Dawn Panepinto, spokesperson for the agency, Bellau was subsequently released on bond from the parish jail two days later.

District 72 spreads from northeastern East Feliciana Parish to the western side of Tangipahoa Parish and into the middle of Hammond.

Discussing his aims if reelected, Carter said that he will continue to focus on the three areas with which he has been long associated: education, health and improved infrastructure. “My philosophy and that of governor John Bel Edwards are similar. I am especially concerned with assuring that our citizens have adequate health care. My grandmother always told me that no one should ever go hungry or be denied good health care and I have never forgotten her words on the subject,” Carter said.

He said that the state needs to improve its infrastructure in general and that he would work to see that roads and bridges are improved. “I believe that we need to put more money into our roads and bridges but at this time I am not in favor of raising the gasoline tax. Many residents in my district have to commute to Baton Rouge and other areas and it just wouldn’t be fair to them to have to pay more money in gasoline taxes unless the minimum wage were raised. A person who commutes to work has to make sure that the cost of commuting doesn’t preclude their holding a job,’ he said.

Carter said that during his long years of service in the House he has worked to see that Lallie Kemp Hospital in Independence, one of few charity hospitals still administered by the state, is fully funded and kept operational. “The people of our district need that hospital for the care that it offers to so many and for the jobs that it creates,” he said.

He said that during his tenure he has assisted the community of Roseland in obtaining a new water well and the town of Greensburg a new library. Further, he said, he has helped with a water project in Amite and a community center in Roseland and the improvement of three bridges in St. Helena Parish. Carter said that he also was instrumental in seeing that improvements were made to a key railroad crossing in Natalbany which had been a recurring problem.

“My many years in the House of Representatives have given me a great deal of knowledge about how our state government runs," he said.