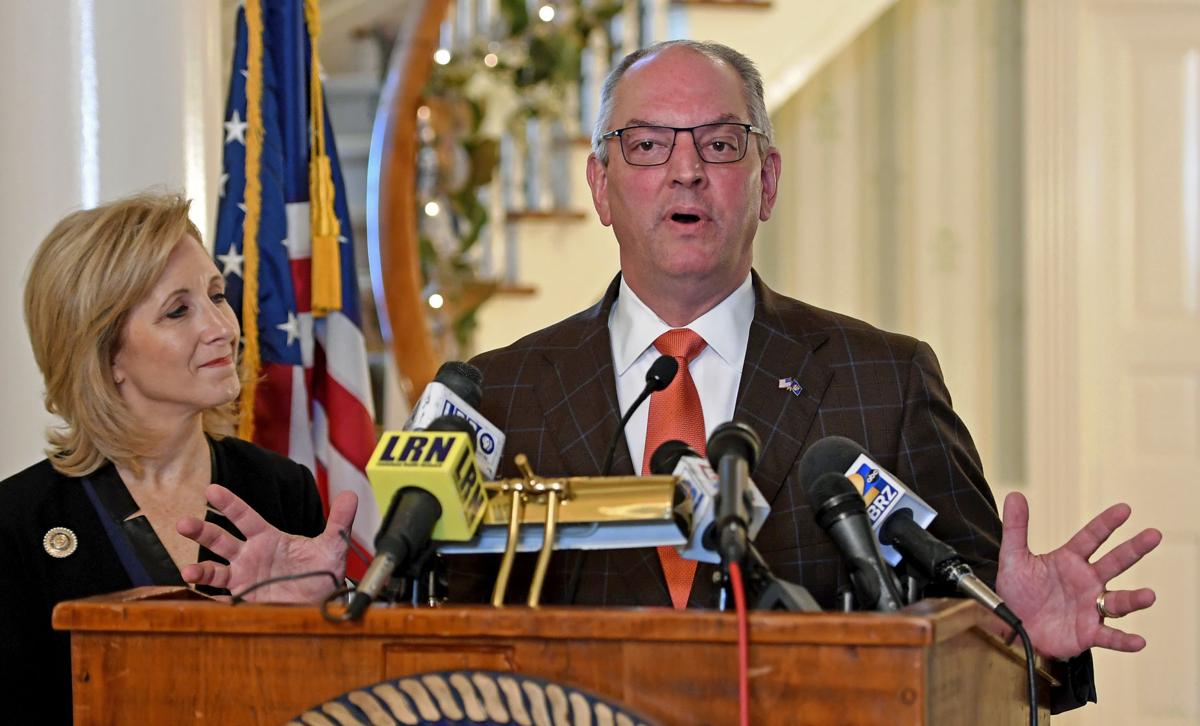 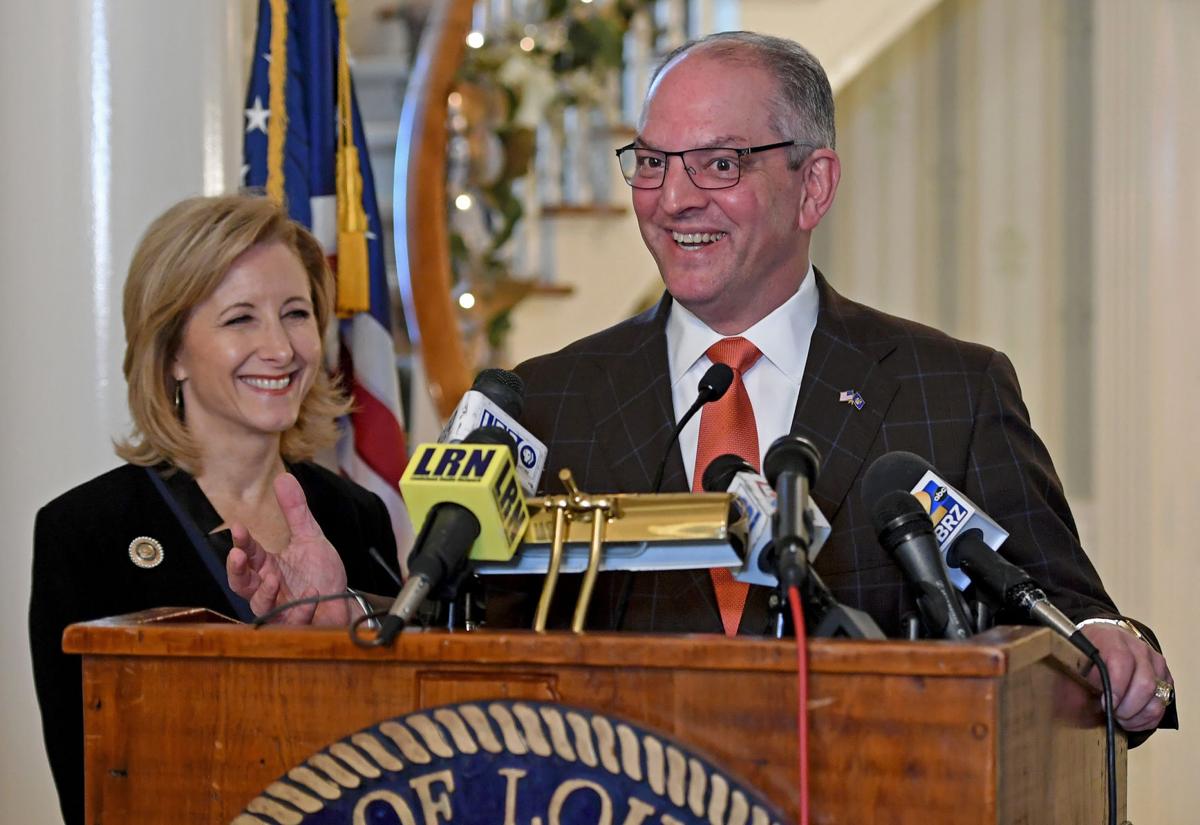 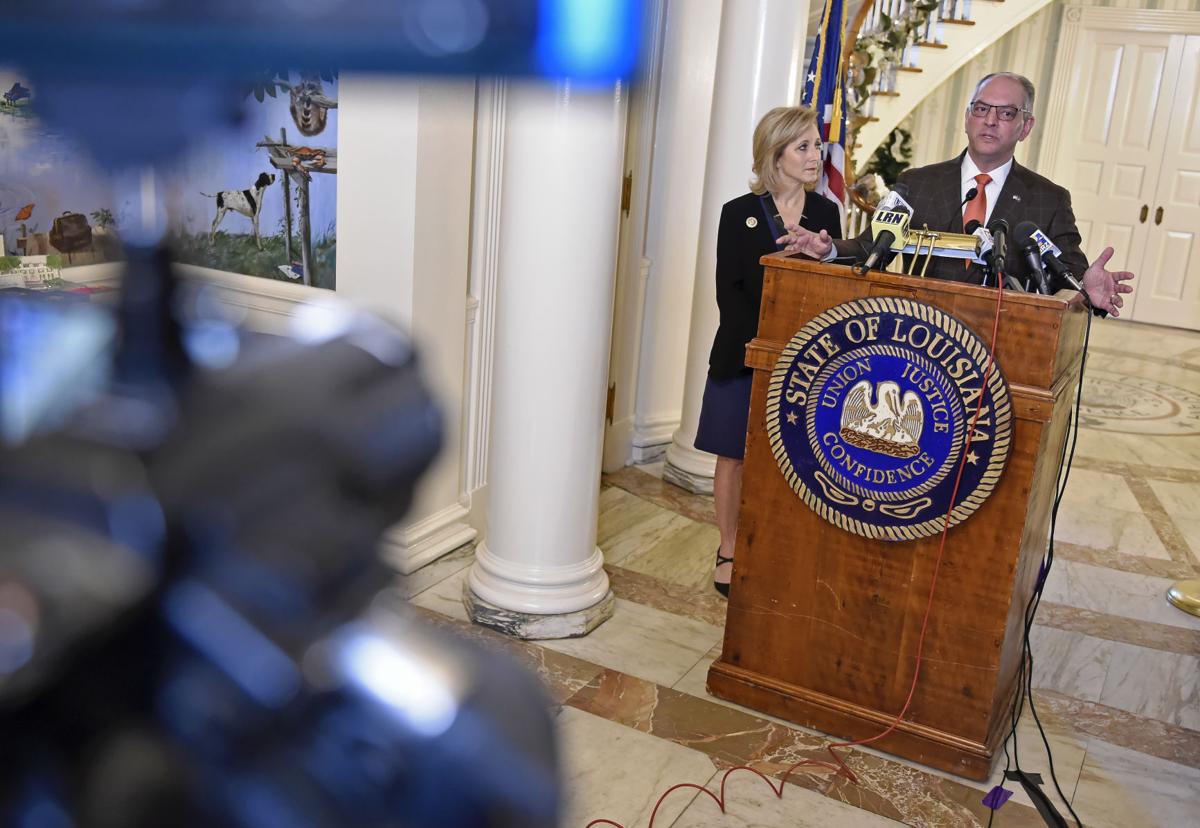 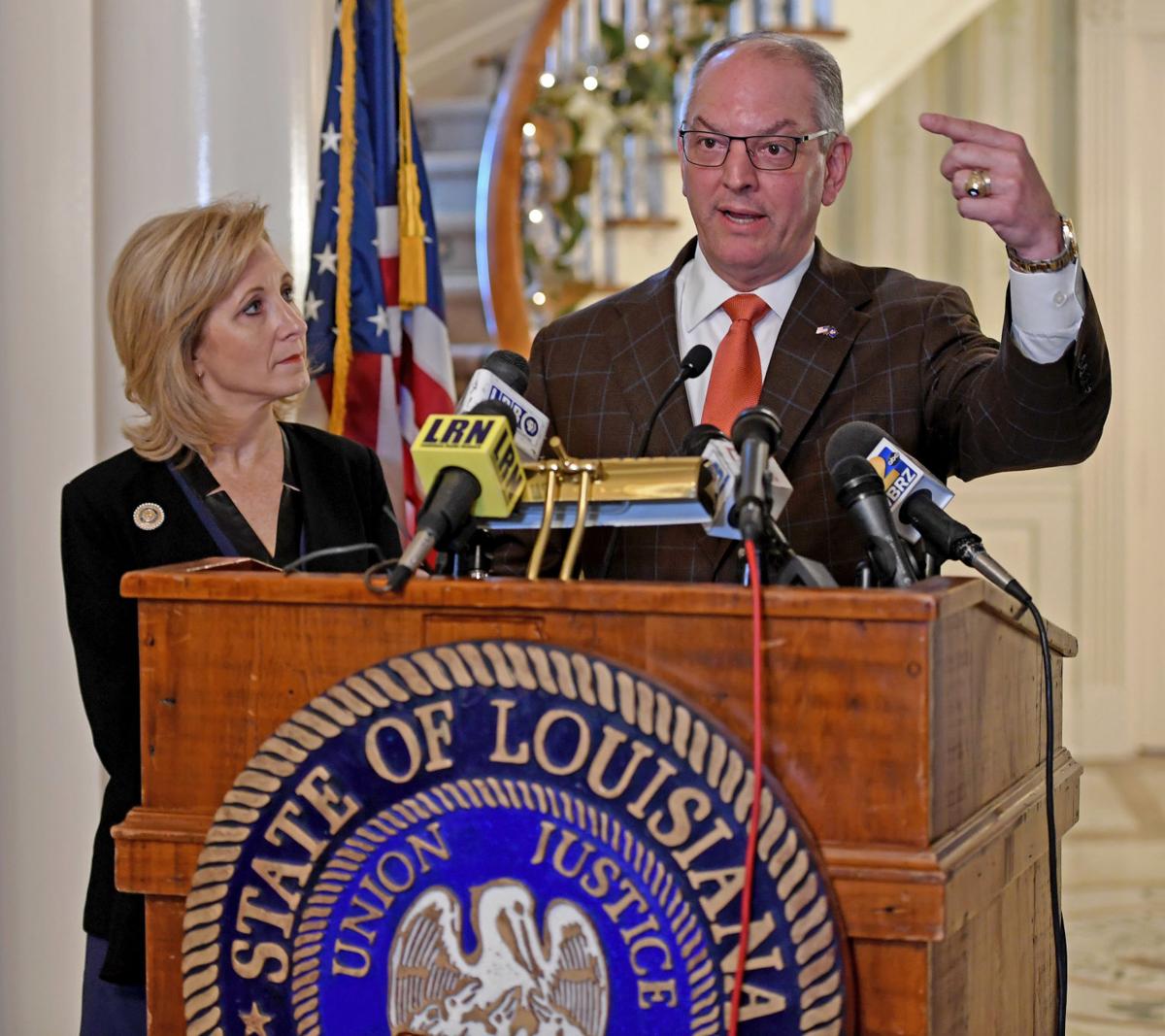 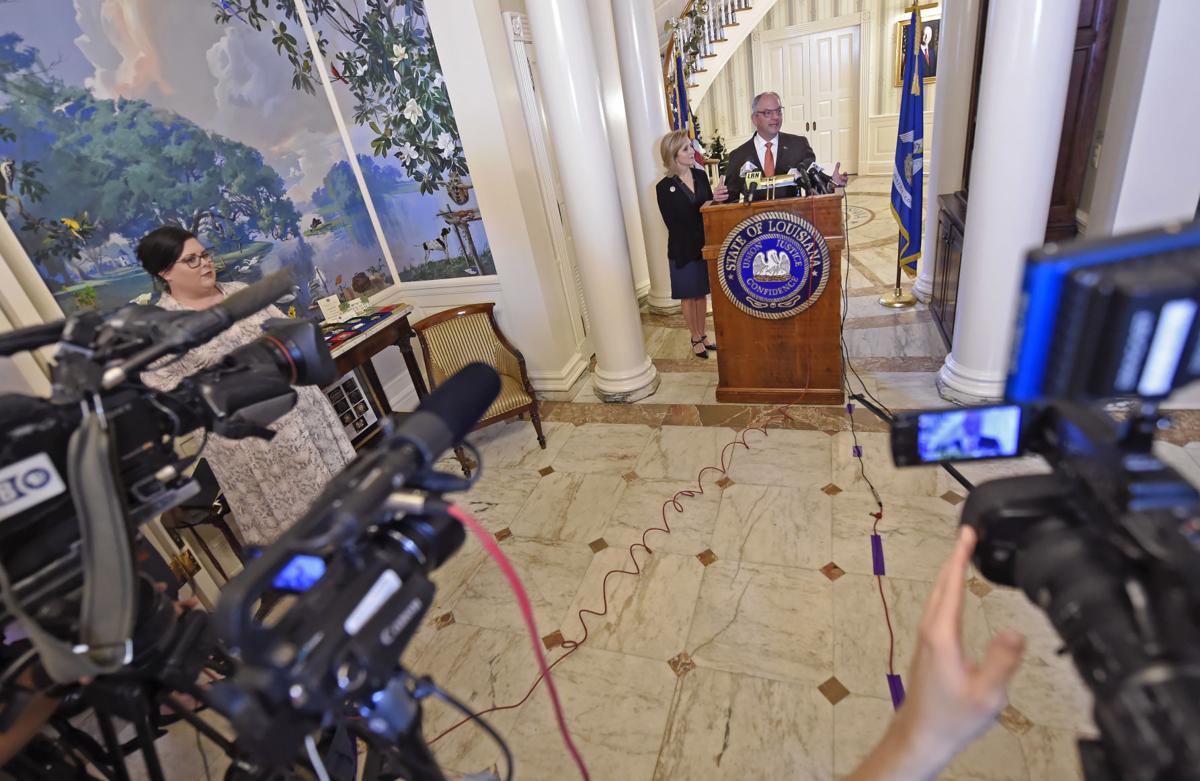 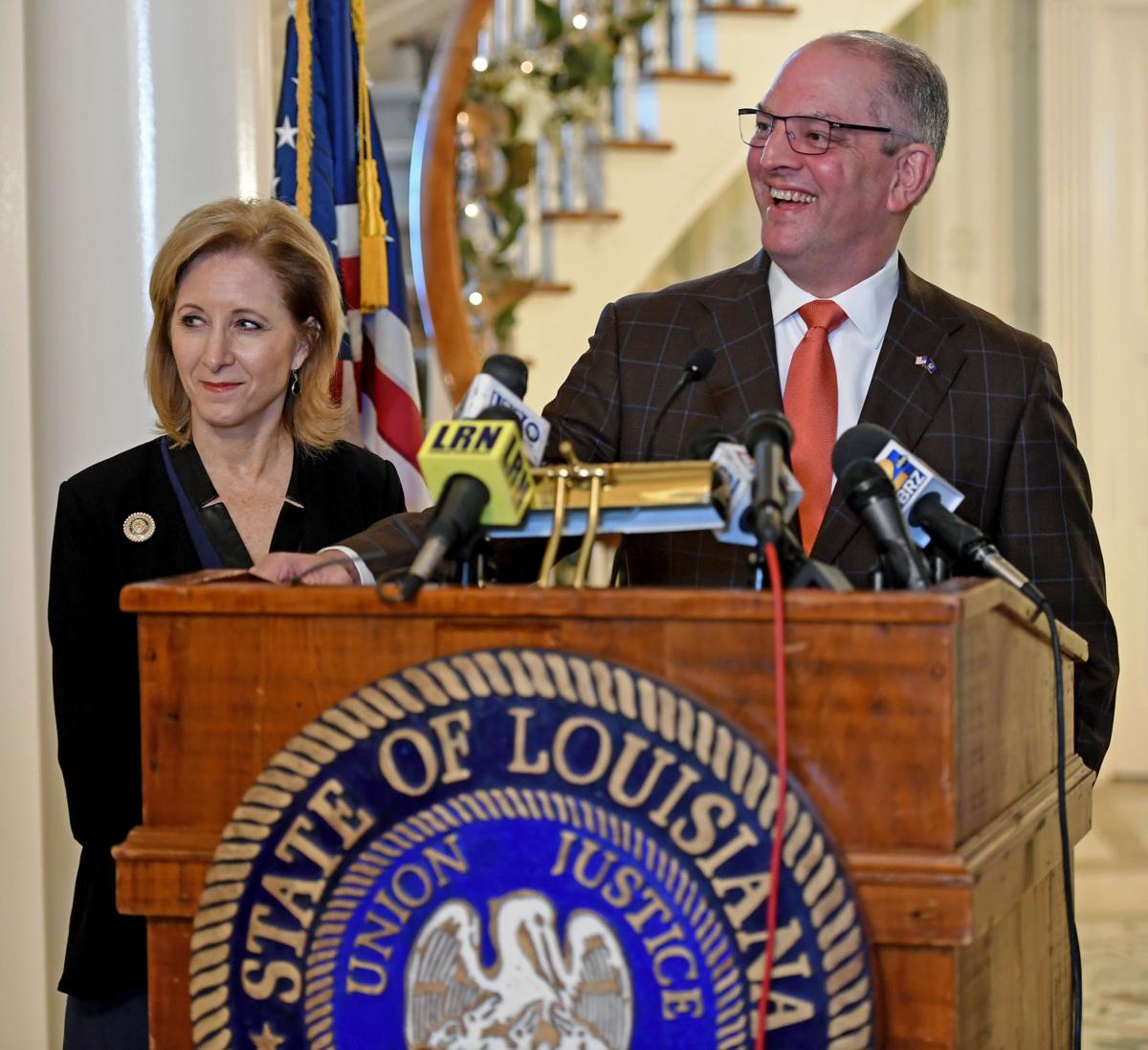 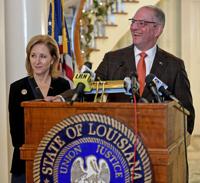 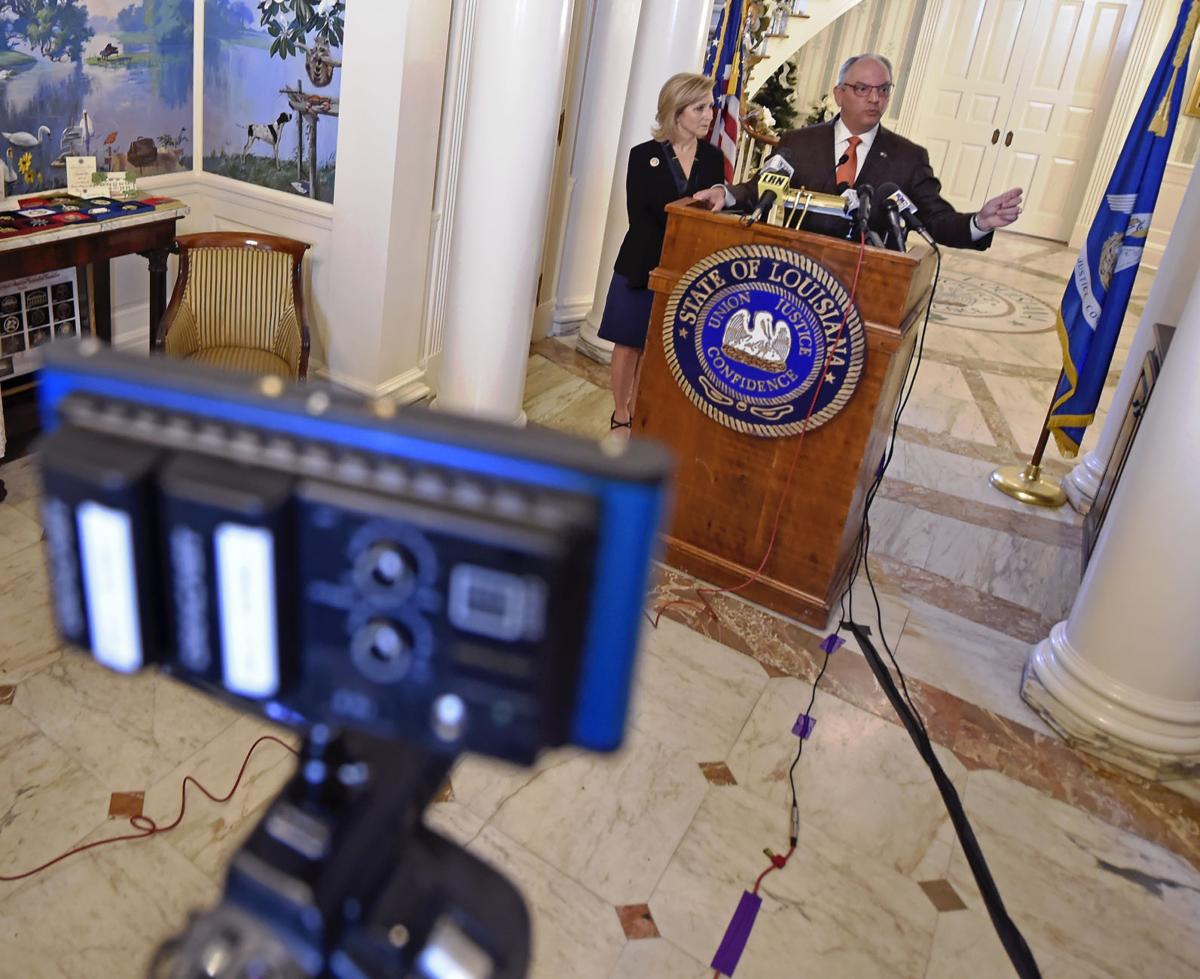 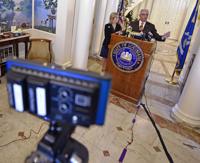 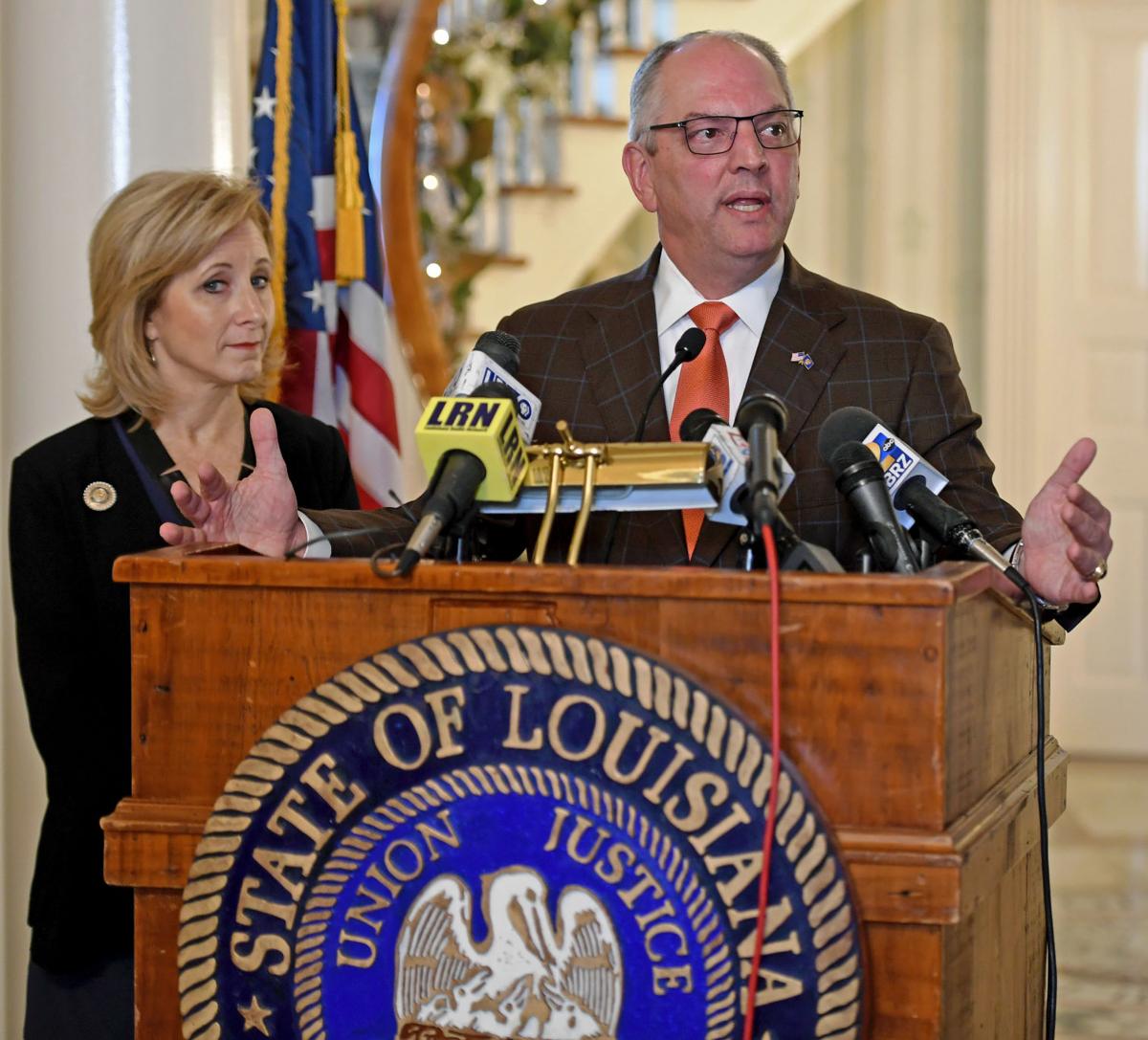 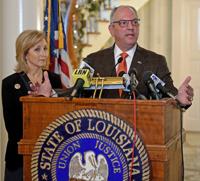 Louisiana Gov. John Bel Edwards, who won reelection Saturday in a tightly-contested race that drew national attention, said Thursday he will push for new investments in early childhood education, teacher pay and colleges, as well as continue a so-far unsuccessful effort to raise the minimum wage and pass a law addressing equal pay for women.

Edwards, in his first press conference since being narrowly reelected as the only Democratic governor in the Deep South, outlined his vision for a second term that includes protecting Medicaid expansion, which gave health coverage to nearly half a million, and keeping the state's budget stable.

And with a more conservative Legislature that will arrive in Baton Rouge in 2020, Edwards also said he hopes to have a House speaker he can work with.

The state House, which is dominated by Republicans, installed one of their own as speaker instead of going with Edwards’ choice of Democratic state Rep. Walt Leger III four years ago, breaking with years of tradition of the governor hand-picking the top House member.

Republicans have made steady gains since Edwards took office. Already holding majorities in both chambers, the GOP won a supermajority in the state Senate earlier this fall, and came close to winning a two-thirds advantage in the House.

Louis Gurvich, chairman of the Louisiana GOP, noted the party lost the big election at the top of the ticket, but he pointed to wins in down-ballot races. Republicans easily won all other statewide offices up for election this year.

"We had generally big victories up and down the ballot," Gurvich said. "So I can’t be all dejected. We were actually quite successful in most places.”

Despite President Donald Trump visiting Louisiana three times to campaign for Republicans and urge voters to deliver a big win for him by ousting Edwards, the governor bested Republican challenger Eddie Rispone by a 51.3% to 48.7% margin. Rispone's campaign chief, Bryan Reed, said Wednesday in a panel analyzing the race that Edwards' popularity among voters kept him in office, despite Rispone's roughly $15 million in personal funds poured into the race and national GOP involvement.

While Edwards' victory was a rare bright light for Democrats in Louisiana, he will face a Republican Party in the Legislature that has repeatedly tangled with him and held up several of his priorities, like minimum wage and equal pay laws.

Still, Edwards at a press conference at the Governor’s Mansion Thursday morning said he hopes to have a good working relationship with lawmakers of both parties, and he indicated he has an opportunity to invest in several areas because of the state's current financial situation.

Some Republicans have sought to undo part of the tax deal that shored up the budget amid current surpluses, and the governor did not rule out revisiting the state sales tax, which was raised by 0.45% as part of a budget deal. But he said he would refuse to tinker with it if it would result in more budget deficits. Louisiana currently has a budget surplus of about $535 million, some of which Edwards said he wants to spend on coastal projects.

"I'm not going to support any effort that would prematurely put our state back to instability that we worked so hard to recover from," Edwards said.

The governor said he is meeting with new lawmakers this week. He declined to discuss staff changes, though he noted turnover is common in a governor’s second term. When asked about Commissioner of Administration Jay Dardenne and Executive Counsel Matthew Block, two of the governor's most publicly recognized aides, Edwards said neither have indicated to him they are leaving.

After lawmakers and Edwards raised teacher pay and invested in early childhood education this year, the governor said he will continue that trend.

The program allows parents to access day care that focuses on educational activities for children from birth until entering school. This time period is widely considered the most vulnerable and crucial stage of a person's life.

"Early childhood will be my highest priority for new education investments in the second term," he said. "But it is also true that our teachers need and deserve additional pay raises to get them at least to the southern average."

He also touted Louisiana's higher education master plan, which calls for 60% of working-age adults to have post-secondary degrees or credentials by 2030, a plan he said would be transformative for the state.

Gov. John Bel Edwards has appointed to the Louisiana Board of Pharmacy Sajal Roy, who earlier this year was simultaneously suing the board ove…