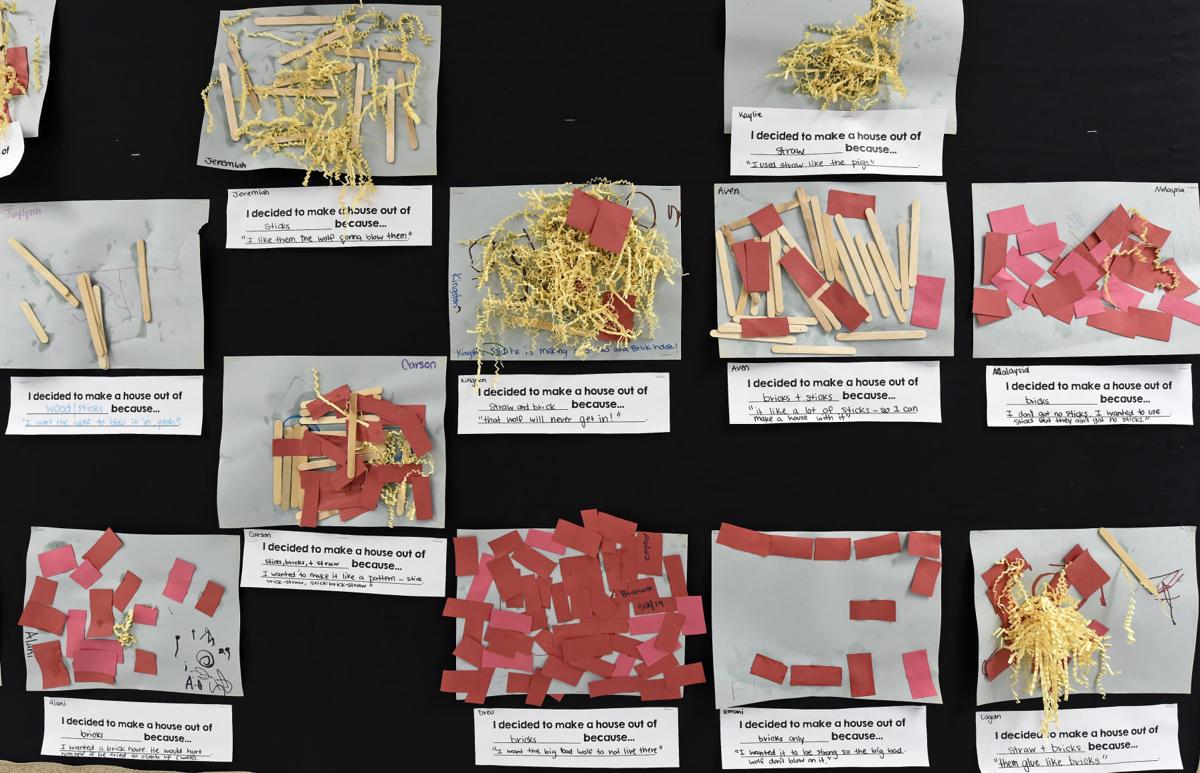 Youngsters' work is on display in the hall bulletin board at the new Head Start classroom building. 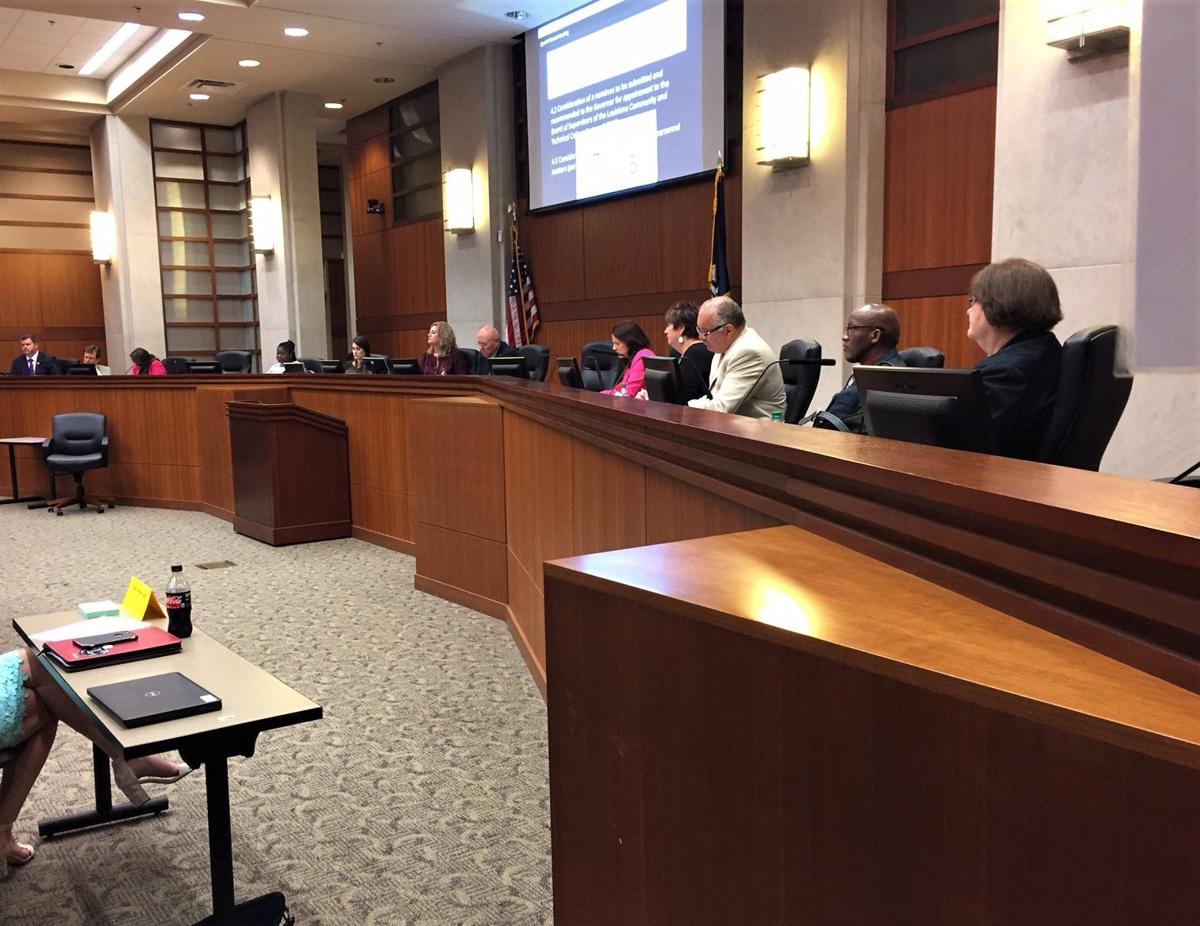 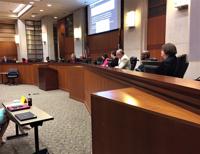 Louisiana's top school board Tuesday, May 7, 2019, opted to stick with its earlier request for a $39 million increase for public schools.

Youngsters' work is on display in the hall bulletin board at the new Head Start classroom building.

Louisiana's top school board Tuesday, May 7, 2019, opted to stick with its earlier request for a $39 million increase for public schools.

More than half the seats on Louisiana's top school board are on the Oct. 12 primary ballot, which means the direction of public schools in the state could be in for a big change.

A total of 20 candidates are running for seven seats statewide, with some of the challengers arguing that the state needs to roll back key parts of new policies put in place since 2012, including those on charter school and voucher operations.

Four incumbents are facing challenges, including Metairie attorney Jim Garvey, the longest-serving member of the state Board of Elementary and Secondary Education, and Kira Orange Jones, a New Orleans educator who is running for her third term after surviving a residency challenge.

Garvey, Jones and BESE incumbents Holly Boffy, of Lafayette, and Sandy Holloway, of Thibodaux, all contend the state has made major strides in the past four years.

"We have really started preparing our high school graduates for life after high school much better than we have ever done in Louisiana," said Garvey, voicing a sentiment echoed by the three others seeking new terms.

The Louisiana Association of Business and Industry, or LABI, which has backed sweeping changes in public schools, has endorsed a slate of candidates.

On the other side, the state's two teachers unions — the Louisiana Association of Educators, known as LAE, and Louisiana Federation of Teachers, or LFT — have endorsed near-identical slates of their own.

BESE sets policies for 719,000 public school students statewide, including how teachers are trained and evaluated, when charter schools are approved or closed, what students are taught and how they are tested.

The 11-member board includes eight elected by voters. Three members are named by the governor.

BESE member Tony Davis, who lives in Natchitoches, was re-elected in August when no one filed against him.

Garvey faces two opponents in the district that covers lakefront neighborhoods in New Orleans and Jefferson Parish as well as St. Tammany Parish.

They are Marion Bonura, who has no party affiliation, and Lee Price-Barrios, an Abita Springs Republican who has lost two previous challenges to Garvey.

Garvey, 55, has been a BESE member since 2008 and rattles off a wide range of statistics to make his case for another term: Louisiana's high school graduation rate is 81.4%, the first time it has surpassed 80%  and up 13% over last year.

He said students earning Taylor Opportunity Program for Students scholarships are up 30% since 2012 and the number of high school students qualifying for college credit has risen 167% during the same period, saving families $6 million per year in college costs.

"I am a firm supporter of giving parents choices," said Garvey, a Republican, when asked about charters and vouchers.

Bonura, 73, is a retired teacher and former member of the Jefferson Parish School Board who lives in Metairie.

"After 12 years of my opponent being on the board, Louisiana is still ranked 48th in the nation," he said. "So it is time for a change."

He said landmark legislation approved in 2012 has hampered local school board operations.

Bonura, who said his campaign spending will be minimal, said he has no stance on charter schools but believes vouchers are not working.

He has been endorsed by political action committees for the LFT and LAE.

Barrios, 72, is a retired teacher who said she wants state Superintendent of Education John White replaced.

"The so-called reform movement is a failure and it starts at the very top with our superintendent," she said.

She said her campaign spending will include dollars from her retirement savings.

Jones is being challenged by fellow Democrats Shawon Bernard and Ashonta Wyatt, both of New Orleans. District 2 covers much of New Orleans, parts of Jefferson and Assumption parishes and St. John, St. Charles and St. James parishes.

She said Louisiana's high school graduation rate, including the fact that the graduation rate for black students exceeds the U.S. average, offers hope.

"We have a lot to be optimistic about," said Jones, who has been endorsed by LABI.

Jones noted that most public schools in New Orleans are charters. "If they are working then I believe in them," she said. As for vouchers, "In general I would say that families should have as many options as possible."

Jones declined to say how much she plans to spend.

Bernard, 53, is an attorney and a certified teacher and principal.

"I decided that the best way to advocate for justice was to be knowledgeable of laws and the whole process," she said.

She said charter schools should answer to local school boards — that is not the case now — and that vouchers take away needed dollars from public schools.

Bernard said she plans to spend enough to gain name recognition without going into debt.

Wyatt, 37, is director of student enrichment and family engagement with a local charter network and is a certified teacher.

She said in an email she entered the race "because I believe educators should have a choice in policy-making decisions that shape educational outcomes for children."

Wyatt said vouchers are a short-term solution to an ongoing problem of quality seats in schools.

Holloway, the retired director of a charter school, is being challenged by fellow Republican Janice Perea, a fourth-grade teacher in Houma. District 3 covers parts of Pointe Coupee, St. Landry, St. Martin and Iberia parishes and along the state's southeast coast.

The BESE incumbent said the state has made gains in improving early childhood education and better preparing teachers by requiring them to spend one year in the classroom working with teacher/mentors during their senior year of college.

Holloway, 65, has been endorsed by LABI and said she plans to spend about $50,000 on her campaign.

On charter schools and vouchers, she said, "Whatever the parents feel is appropriate for them."

Perea, 39, said BESE needs the presence of public school educators. "The reforms that have been put in place by John White and others, they are just not working," she said.

Louisiana public schools still struggle in national rankings; 'Look at where we started'

Despite notable gains in key areas, Louisiana remains mired near the bottom nationally when it comes to public school achievement.

She criticized vouchers. "Just to take the money to go to a private school on taxpayer money, I don't find that acceptable," she said.

She said she plans to spend about $50,000 in her bid for BESE. She has been endorsed by the LFT and LAE.

Republicans Stephen Chapman, an Alexandria dentist, and Ashley Ellis, who lives in Monroe and is assistant principal of Neville High School, are running to succeed BESE President Gary Jones, who is leaving after one term. District 5 covers much of central and northeast Louisiana.

Chapman, 69, has been on the Rapides Parish School Board for 16 years. "I am going to provide a voice of common sense, a voice of reason," he said.

He said he is not an advocate of charter schools or vouchers.

Ellis, 40, like Perea, said BESE would benefit from having a public school educator on the board, "someone who is currently in the trenches."

She said she is "open to full choice" when it comes to vouchers and charter schools.

Neither contender said how much they plan to spend.

Chapman was endorsed by the LFT and LAE and Ellis by LABI.

Four candidates are running for the post being vacated by Kathy Edmonston, of Gonzales. They include Republican Ronnie Morris, 60, operations manager at Exxon Mobil; Ciara Hart, Democrat, 25, a teacher; and Gregory Spiers, Republican, 42, an IT worker.

The fourth candidate is Vickie Tolliver Auguste, who lives in Prairieville and has no party affiliation.

Morris, of Baton Rouge, is a longtime public schools volunteer and a former high school calculus and physics teacher. He plans to spend about $100,000 in the race.

Hart, also of Baton Rouge, said BESE needs to be more engaged with the community and the state needs to provide more assistance for teachers, including money for out-of-pocket expenses.

Ending a nearly two-month stalemate, the Louisiana Legislature on Monday approved legislation that authorizes $1,000 teacher pay raises and a …

"My kids are my heart; my kids are why I am here," she said.

Spiers, a former U.S. Navy Seal who lives in Springfield, said he has always been drawn to public service and plans to spend about $6,000 on the campaign.

Morris said charter schools and vouchers are valid options for parents, while Hart said the number of charter school authorizers should be trimmed and the rules governing vouchers revamped.

Spiers said there are things to like and dislike about charter schools.

Auguste, 50, said she is running to restore faith in the public school system and wants to eliminate the expansion of charter schools.

She also said in an email she wants to end vouchers because of "improprieties" associated with the program.

Auguste said she plans to spend $5,000 of her own money on her campaign and will not accept contributions from political action committees.

Boffy said she is proud of Louisiana's education gains, including an improved high school graduation rate, and said vouchers and charter schools give parents choices.

She said she has collected less than $10,000 in campaign contributions.

Melancon is backed by both teacher unions while LABI supports Boffy.

Four Democrats hope to succeed Jada Lewis, who opted not to seek re-election. District 8 covers much of East Baton Rouge, West Baton Rouge, Iberville, Ascension, the Felicianas and up to Avoyelles parishes.

Preston Castille, a 52-year-old attorney, said vouchers and charter schools could use tweaking but are valuable tools. "I think it is important for the state to offer options for our families," he said.

Vereta Lee, 61, who served on the East Baton Rouge Parish School Board for 12 years, said charter schools have failed to deliver the promised innovative methods.

Jonathan Loveall, 33, who lives in Clinton, is assistant principal of Jackson Elementary School. He said the state has failed to deliver on the promises of the 1974 constitution for a humane and just education for all children, especially those from disadvantaged backgrounds and students in rural areas.

He said charter schools have failed to prioritize at-risk students and he opposes vouchers.

Lee, who said she will spend as little as possible, is backed by the LFT and LAE.

Loveall said his campaign budget is about $20,000.

Chakesha Webb Scott, who lives in Zachary and is also running, could not be reached for comment.