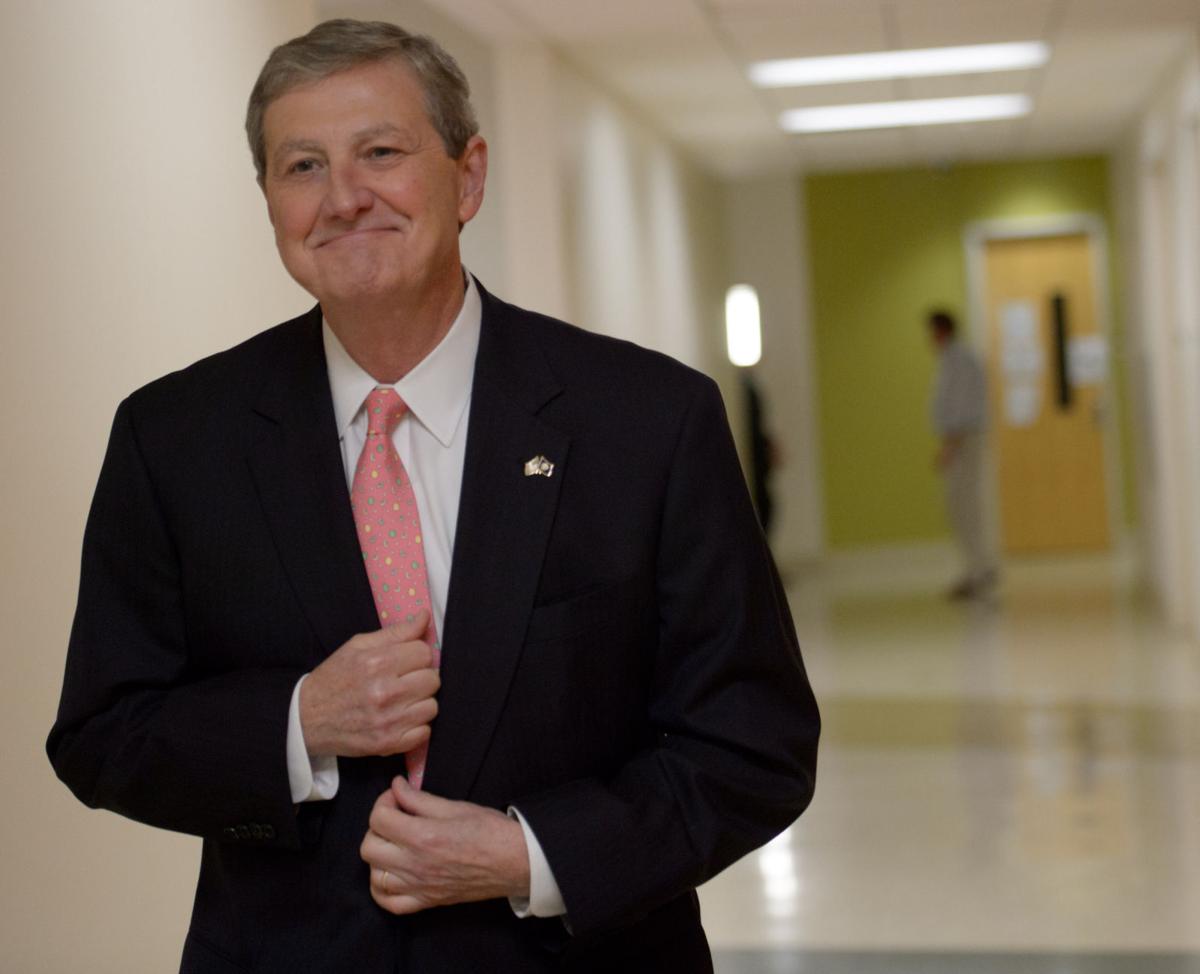 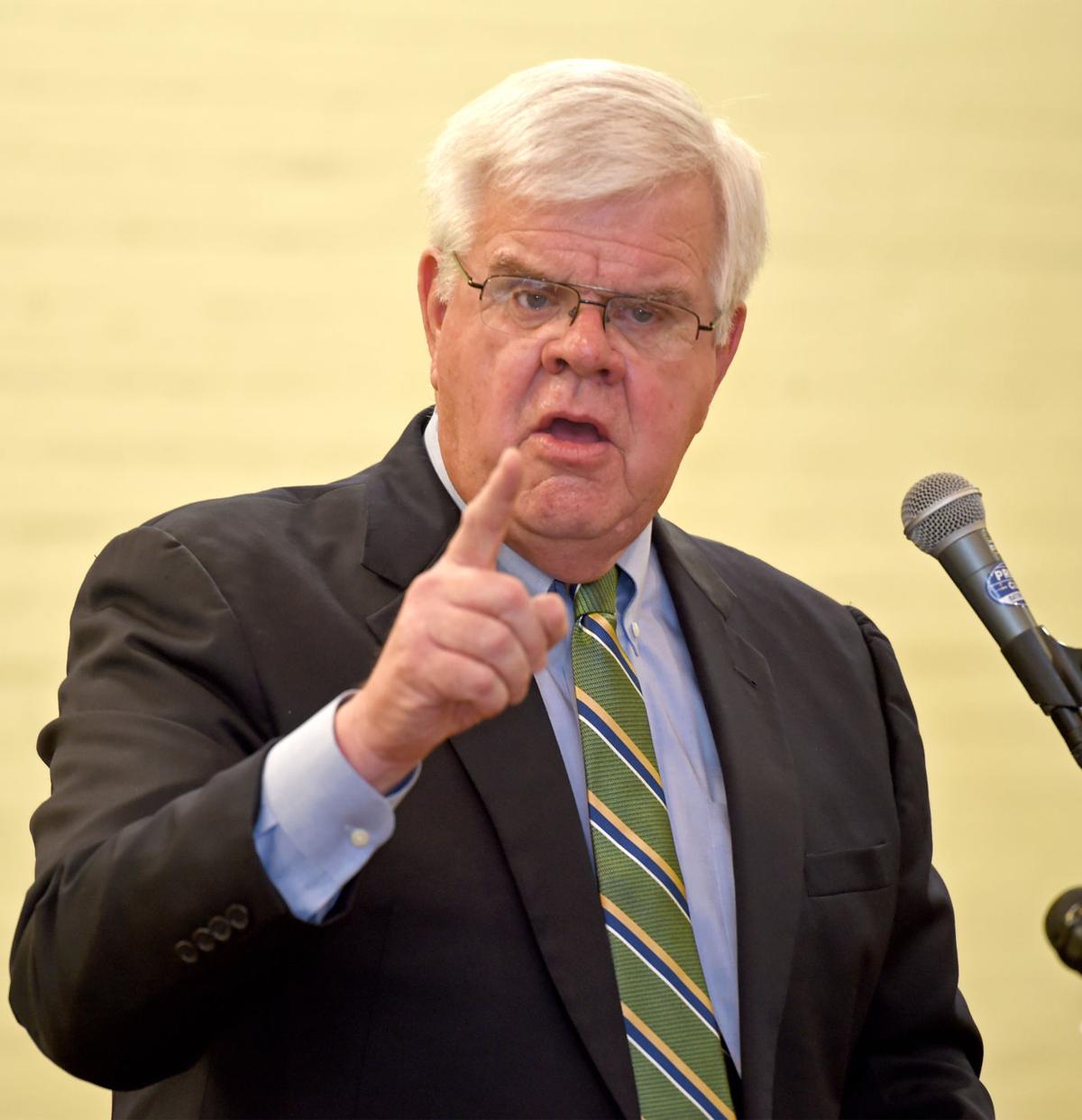 A super PAC supporting Foster Campbell, the Democratic candidate for the U.S. Senate, is airing an unlikely television ad on the highly-charged issue of abortion.

The pro-Campbell ad attacks John N. Kennedy, his Republican opponent, from the right — even though Kennedy has the endorsement of National Right to Life, a prominent anti-abortion group.

“That’s how many children were aborted during John Kennedy’s career as a pro-choice politician,” the announcer says, citing figures from National Right to Life.

“Foster Campbell worked with us to protect the unborn,” the announcer adds.

Campbell, an elected member of the Public Service Commission from Bossier Parish, had a long record of voting against abortion in the state Senate and has maintained his anti-abortion views, according to his campaign.

Nonetheless, National Right to Life is backing Kennedy, who has been the state treasurer since 2000.

“In all of our communications, he has made the pro-life commitment across the board,” Benjamin Clapper, the Louisiana director for the National Right to Life Victory Fund, said in an interview Tuesday.

The television ad from the Defend Louisiana super PAC is attempting to upset the narrative that Kennedy, the conservative Republican, is more in tune with voters in what may be the most pro-life state in the country.

Bernie Pinsonat, a Baton Rouge-based pollster and political consultant, said his most recent survey on the issue, in 2013, showed that 54 percent of the state’s voters opposed abortion with only limited exceptions.

The television ad relies on two news articles and comments from two state senators who spoke with Kennedy then about the issue for its claim that Kennedy was pro-choice.

Kennedy, in an interview Monday, asserted that he was not pro-choice.

An aide whisked him away before he could explain the discrepancy.

Campbell and Kennedy are facing off in the runoff election that will end on Dec. 10. Voters can early-vote through Saturday at designated locations in each parish.

It takes aim at an issue that has not played a major role in recent Louisiana elections. No pro-choice candidate has won statewide in years, and abortion has not been an issue in the Senate election until now.

Nationally, Democrats in most instances attack their Republican opponents for not wanting to give women the right to decide whether to have an abortion.

But, citing what it calls his pro-choice past, Defend Louisiana’s ad says voters cannot trust Kennedy on abortion, when the next senator could play a decisive role in whether the next Supreme Court justice is pro-life.

Materials supplied by the super PAC include an Aug. 28, 1991 article in the Lake Charles American Press, when Kennedy made an unsuccessful bid to be attorney general as a Democrat.

“He said he believes in the right of a woman to make her own individual decision regarding abortion,” the article reported.

Ben Bagert and Winston Riddick, who also ran unsuccessfully for attorney general in 1991, said in interviews Tuesday that they remembered Kennedy as being pro-choice then.

Until mid-1991, before he began running for attorney general, Kennedy was a special counsel to then-Gov. Buddy Roemer, and in that role lobbied the Louisiana Legislature against overriding a veto by Roemer of a strict anti-abortion measure that would have prohibited abortions even when the would-be mother was impregnated through incest or rape or when giving birth threatened her life.

The Defend Louisiana ad displays a handwritten note showing Kennedy working with Planned Parenthood to block the 1991 veto override. That effort by Roemer and Kennedy failed in what was the first time in Louisiana history that the Legislature overrode a gubernatorial veto. (The courts later invalidated the legislation.)

Campbell was one of the 29 senators who voted to override Roemer’s veto — at least 26 were needed — with only nine senators backing the governor.

“I don’t want to call anybody out, but for me it’s right,” Campbell said in an interview Monday, citing his religious faith in explaining his pro-life views.

The super PAC has supplied more information indicating that Kennedy was pro-choice during the early years of his political career. A 2004 article in The Times-Picayune — when Kennedy was making his first race for the Senate, as a Democrat — reported that Kennedy had changed his views on abortion.

“When he ran for attorney general, he supported a woman's right to have an abortion,” the article reported. “Now, he says, he would vote to outlaw the procedure except in cases of rape, incest and saving the life of the mother.

“I saw it in 1991 as libertarian issue: Who is best able to make that decision, people or the government?" Kennedy said. "But abortion shouldn't be used as birth control, and in some cases it is, far too many. Being a parent makes you see things from a different perspective. Some may criticize me for changing my position, but my position didn't change, I did.”

In that 2004 race, which Kennedy lost in the primary, he endorsed then-Sen. John Kerry, the Democratic presidential candidate, who was pro-choice. Kennedy has since called that endorsement a “mistake.”

An Advocate article from 2008, when Kennedy was running for the Senate as a Republican, quoted him as saying he switched to pro-life after the birth of his son.

Kennedy became a Republican in 2007 and was a strong supporter during this year’s presidential campaign of Donald Trump, who is pro-life.

A spokesman for Kennedy’s Senate campaign said he was not available for an interview on Tuesday.

“I believe every life is precious whether that life is 82 years old or 82 seconds old and will fight to protect the unborn every day as Senator,” Kennedy said in a written statement from his campaign.

National Right to Life reports that Kennedy scored 100 percent on this year’s questionnaire and when he made an unsuccessful bid for the Senate in 2008. The group noted that Kennedy has never voted on an abortion issue as treasurer.

Campbell registered an 82 percent score while in the state Senate, but ran afoul of National Right to Life by declining to fill out their questionnaire this year.

“It had nothing to do with the group,” Wray said, adding that the campaign has not filled out similar questionnaires from other groups. “Foster Campbell’s unambiguous 40-year pro-life record cannot be impeached.”

Failure to fill out the questionnaire mattered greatly to National Right to Life.

“We cannot support a candidate who refuses to answer critical questions about how he will vote as a senator,” Clapper said. “We want to see abortion come to an end, and we believe John Kennedy as a U.S. senator will be the best choice to help this race. John Kennedy’s position 25 years ago will have no bearing on how he will vote as a reliable pro-life U.S. senator.”

Mark Ballard of The Advocate Capitol news bureau contributed to this report.

Louisiana voters likely won't get a chance to see the two candidates left in the U.S. Senate…