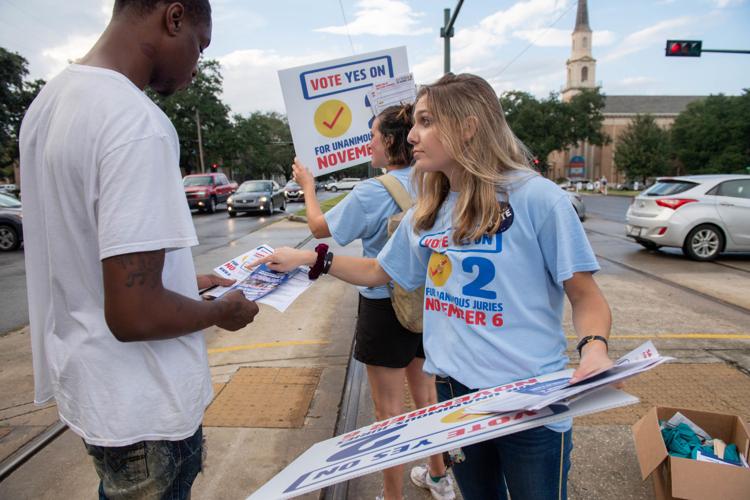 Anna Sacks, center, talks about the unanimous jury vote to a passersby as she and Sarah Gordon, back center, and others gather on Election Day on the neutral ground on Canal Street in New Orleans on Tuesday, November 6, 2018. 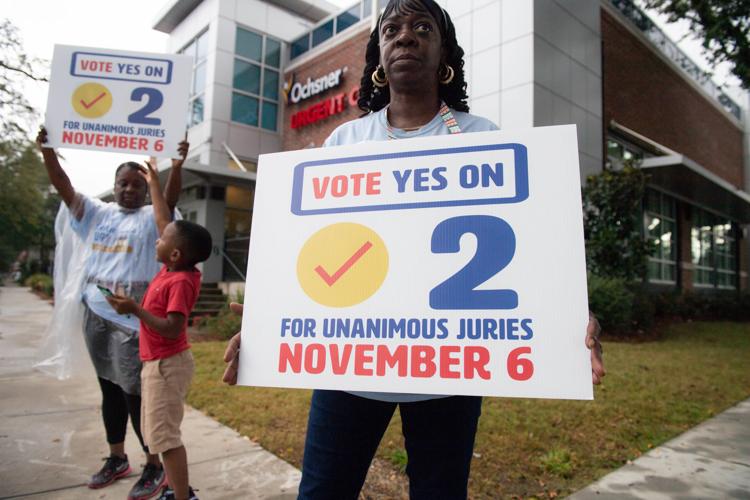 Tracy Davis, center, joins her sister, Peggy, back left, and her son, Jahahn, 6, as they hold signs dealing with the unanimous jury vote on Election Day. They were standing along Canal Street in New Orleans on Tuesday, November 6, 2018. 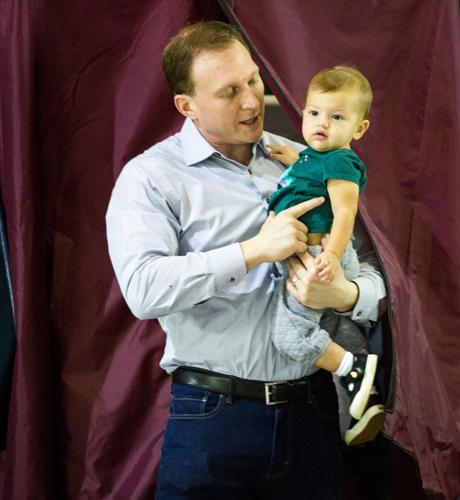 As the final Election Day 2018 results were tabulated across Louisiana, there were no major upsets in the southern part of the state. But the outcomes of a few races are sure to raise some eyebrows.

Here's a rundown of some of the biggest headlines following Tuesday's elections.

Overall, Louisiana had one statewide position on the ballot -- a special election to fill a secretary of state seat vacated because of a sexual harassment scandal.

The runoff to decide the next secretary of state will be between a Republican who spent about a quarter of a million dollars and a Democrat who raised less than a thousand.

Voters in all six of Louisiana’s congressional districts re-elected their incumbent congressmen, sending the state’s five Republicans and one Democrat back to Washington for new two-year terms.

Voters approved all six constitutional amendments on Tuesday's ballot, including two measures on criminal justice and one to restrict state highway spending.

Among the constitutional amendments were proposals that would require unanimous jury verdicts for all felony convictions in Louisiana and would make convicted felons in Louisiana wait five years after serving their sentences before they can run for office.

State voters jettisoned a 120-year-old mainstay of Louisiana justice, overwhelmingly passing a constitutional amendment to require unanimous juries in all felony trials and ending an aberrant practice rooted in the Jim Crow era.

Click here to read more about the historic vote.

Click here to view full returns from the Louisiana Secretary of State.

Runoff elections, as needed, will be Dec. 8.

The Tru by Hilton, a midscale hotel that embraces a minimalist but tech-savvy design, seeks to invite its guests out of their room and into th…

With the Southern Screen Film Festival having started Wednesday, it's hard not to draw a connection between such festivals and the impact the …

As festival season winds down and darkness descends upon us quicker than even just a few days ago, you know it’s time for the Southern Screen …

Election Day in south Louisiana: Biggest takeaways from a busy slate of races

As the final Election Day 2018 results were tabulated across Louisiana, there were no major upsets in the southern part of the state. But the …

Election Day blues: Secretary of State blames budget for lack of stickers for many Louisiana voters

Voters across Baton Rouge and New Orleans cast their ballots on Tuesday, but many missed out on the coveted “I voted” stickers that have lit u…