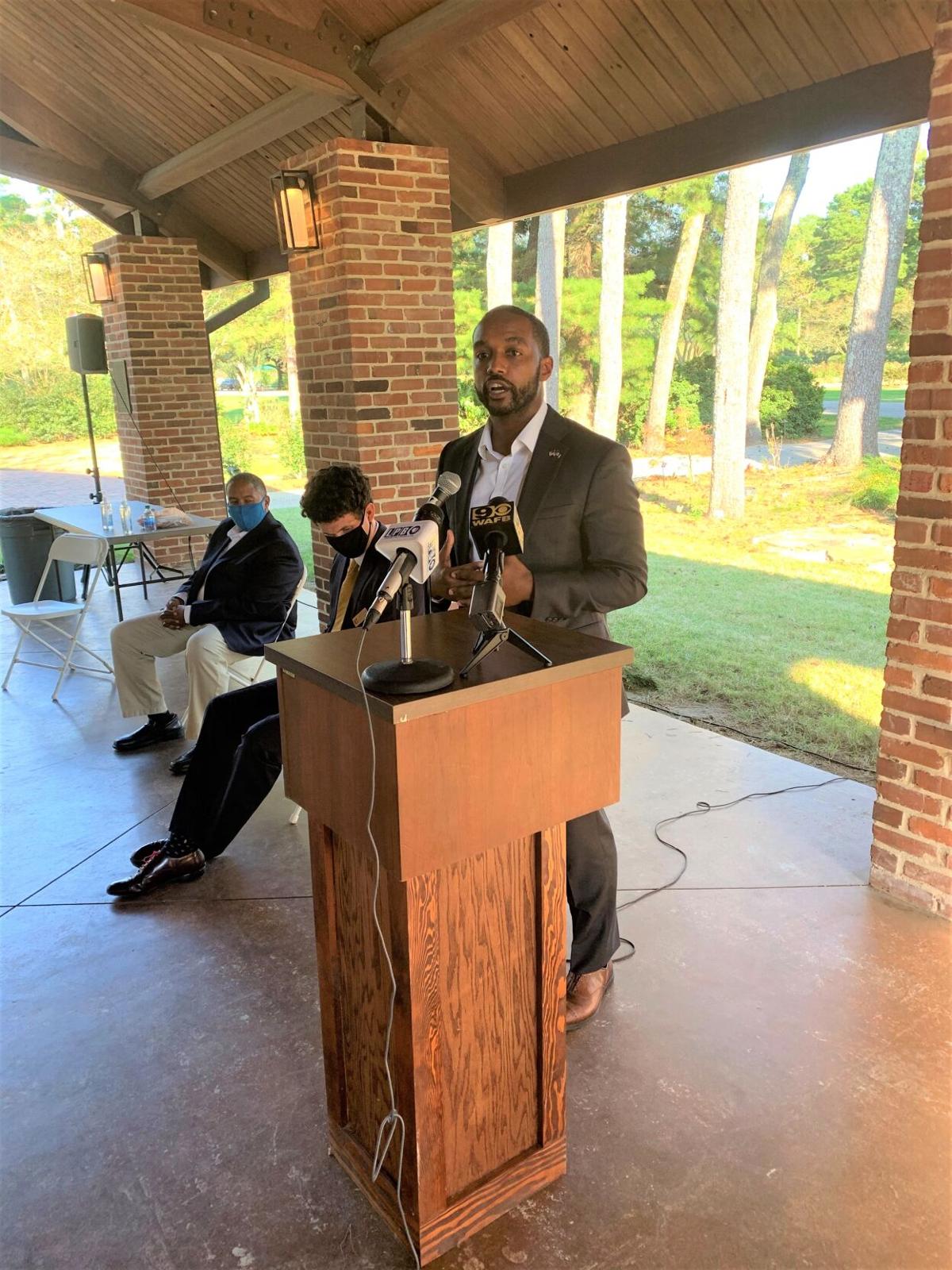 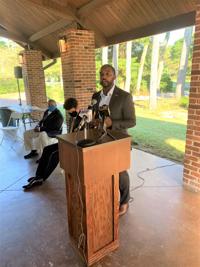 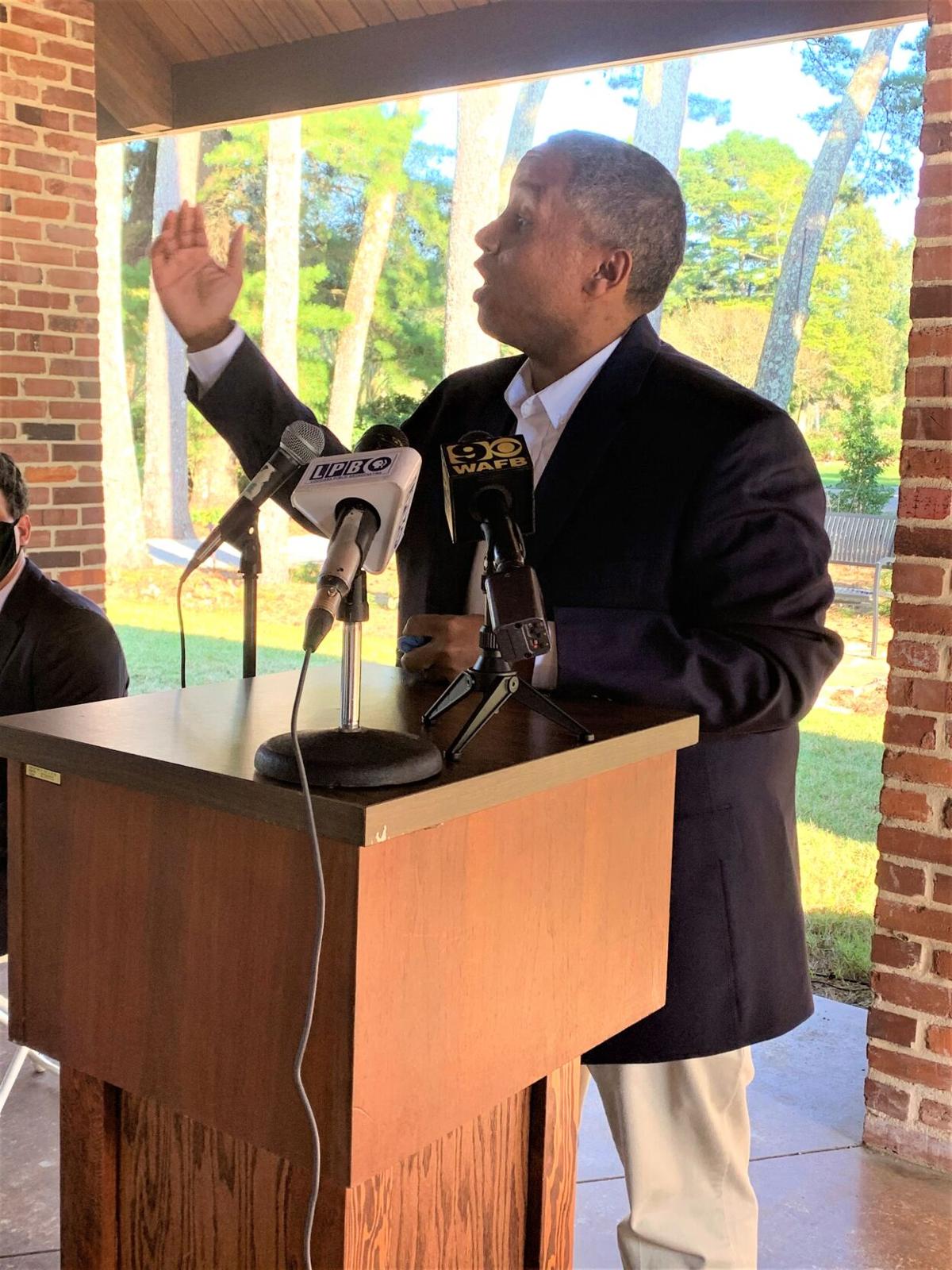 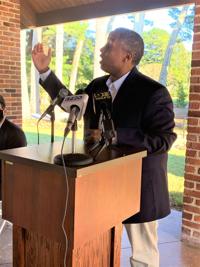 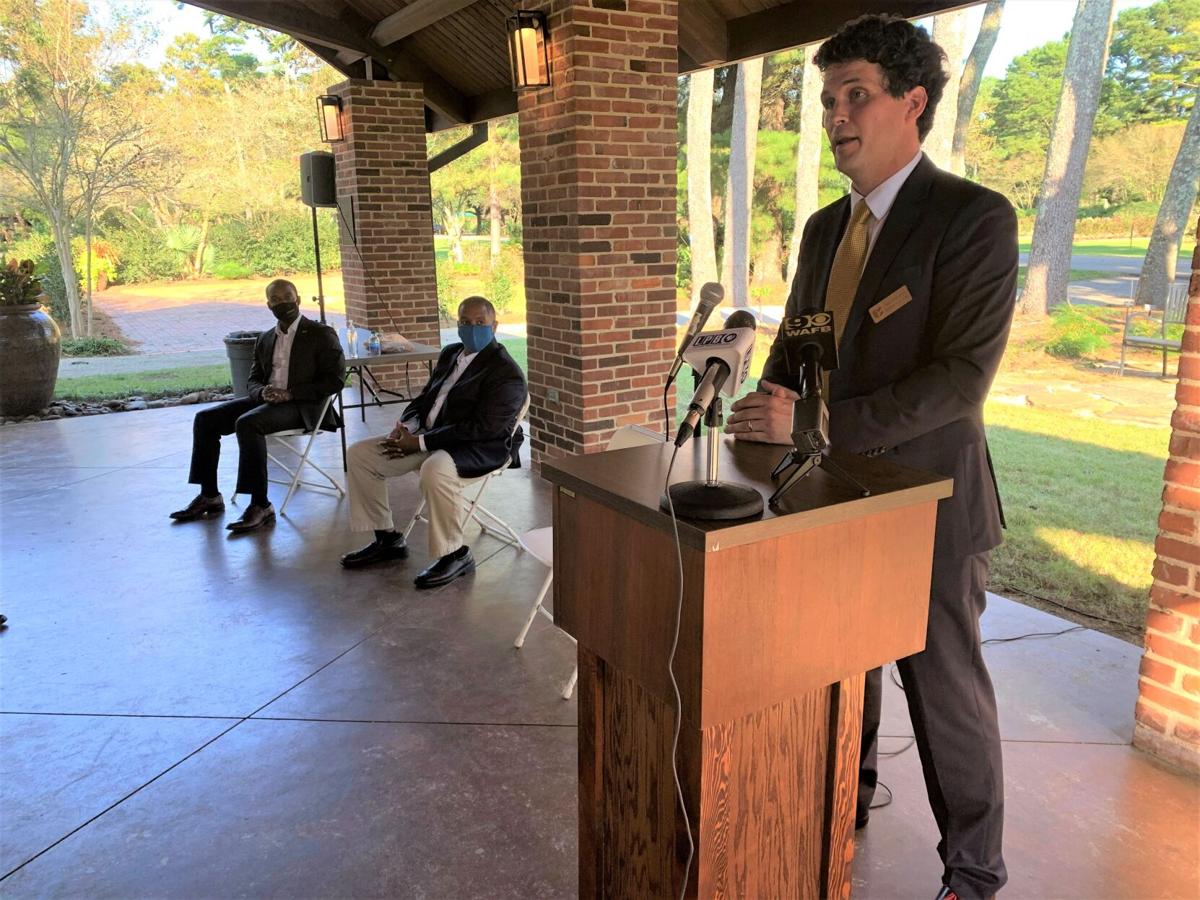 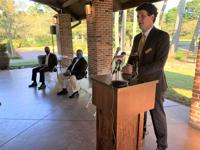 Three weeks before election day, U.S. Sen. Bill Cassidy remains a heavy favorite for re-election, with a huge fund-raising advantage over his main Democratic opponent that is fueling a robust TV ad campaign.

Cassidy, a Republican, launched his fourth ad of the campaign on Monday while Shreveport Mayor Adrian Perkins, a Democrat, spoke at the Press Club of Baton Rouge, along with two little known challengers to the senator.

Cassidy skipped the event, objecting that the press club did not invite all 14 of his challengers.

“That was his stated reason,” said Jim Engster, the Baton Rouge talk radio host and the press club president. “I hear some laughter” in the audience, he then noted, “perhaps with good reason.”

Perkins and the two other candidates who attended – Antoine Pierce and Peter Wenstrup – took turns saying that Cassidy didn’t show up because he doesn’t have a record to run on.

Cassidy was reaching a much bigger audience with his latest ad, filmed at Metro Aviation in Shreveport.

“As your senator, I voted to cut taxes so that you keep more of your money,” Cassidy said. “So businesses grow, create more jobs, better jobs, big things for Louisiana.”

Cassidy was apparently referring to the 2017 major tax cut passed by Congress that he, President Donald Trump and other Republicans supported and credit with sustaining the economic growth that dropped Louisiana’s unemployment rate to a recent low of 5.2% in February, the month before the pandemic slammed the nation’s economy.

In the ad, Cassidy doesn’t mention that independent analyses of the tax cut report – such as one by the Urban-Brookings Tax Policy Center – say that it showered its biggest benefits on corporations and the wealthy. He also doesn’t mention the impact of the tax cut on the country’s budget deficit – which the nonpartisan Congressional Budget Office estimated in February 2019 will cause $1.8 trillion in additional deficits by 2028.

Why some Louisiana voters are saying 'so what?' to news of Donald Trump's income tax payments

“Those tax cuts that he’s bragging about on TV are for primarily the wealthy amongst us, the millionaires and the billionaires, not for the common everyday person who exist in our communities,” Perkins said.

Two of Cassidy’s earlier TV ads focused on his efforts to improve health care for veterans.

“As a doctor and a senator,” he said in one ad, “I wrote laws giving veterans expanded health care choices, better mental health services, more job opportunity when returning home. They had America’s back. We must have theirs.”

Cassidy’s Facebook page also highlights his endorsement from anti-abortion groups such as the Susan B. Anthony List.

Perkins favors allowing a woman to decide whether to have an abortion.

In his one ad, launched last week, an announcer plays Perkins’ strongest card – his biography as a West Point graduate who saw combat in Iraq and Afghanistan and then graduated from Harvard Law School before being elected Shreveport’s mayor in 2018.

In the ad, Perkins said he wanted to come home from Harvard, “to serve my community. Now I’m taking our mission to Washington to get things done for you.”

Cassidy can air so many more ads because he has raised so much more money than Perkins, who was fighting overseas when Cassidy won the Senate seat in 2014.

Cassidy will have to file his report on fundraising through Sept. 30 on Wednesday. Candidates who raised big dollars during the last quarter have already made public how much they raised. Cassidy hasn’t made his report public yet.

Perkins has raised $1.7 million so far, his campaign says, after announcing his candidacy on July 23.

Pierce, a part-time actor who owned a coffee shop in Baton Rouge until the coronavirus shut down the economy, criticized Cassidy for repeatedly voting to reject the Affordable Care Act

Wenstrup, a math teacher at Livingston Collegiate Academy in New Orleans who is on sabbatical to campaign full time, portrayed Cassidy as a tool of Wall Street and a captive of the Republican Party and Donald Trump.

Planning to vote? See what's on the Nov. 3 ballot for each parish in the Baton Rouge area