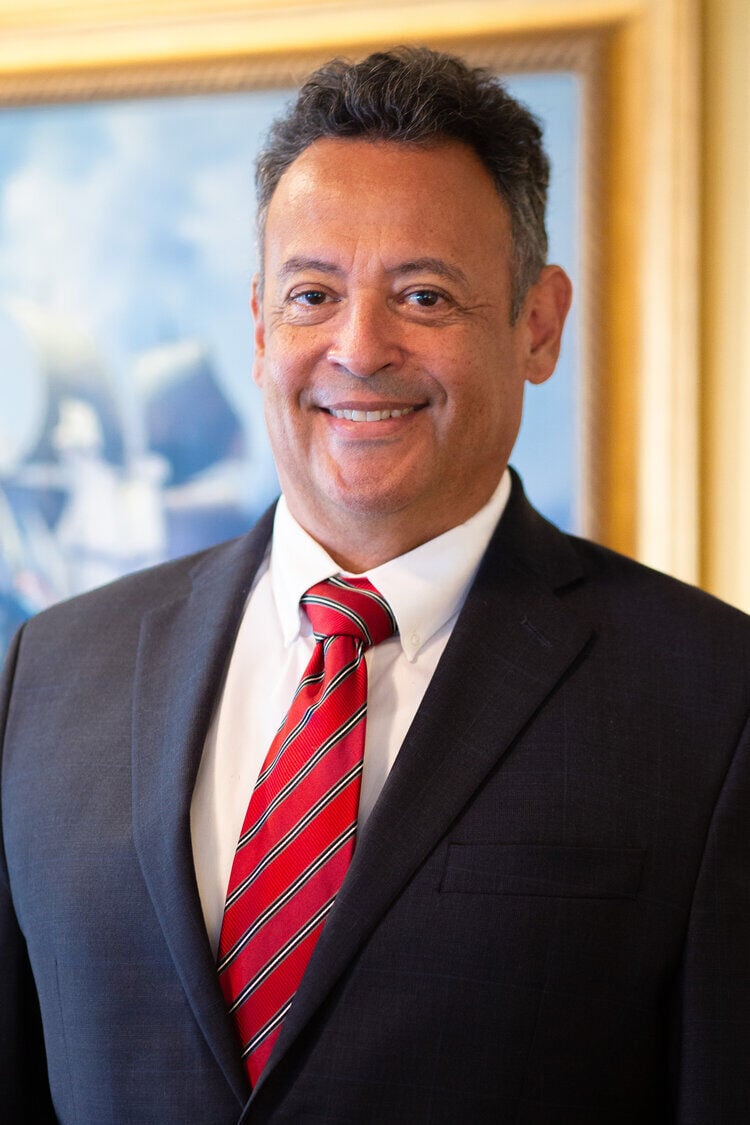 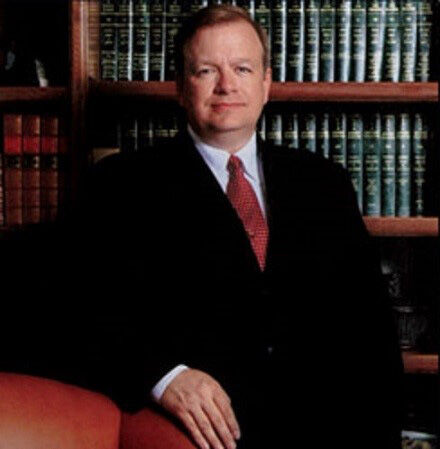 Truth is over the years almost the only contributors financing the political campaigns of the commissioners overseeing the state’s trucking and utility industries come from the very companies directly regulated by the Louisiana Public Service Commission. It’s totally legal.

Now that the regulated solar energy industry appears no longer engaged in the Dec. 5 runoff between Republican incumbent PSC Commissioner Eric Skrmetta and his Democratic challenger Allen Borne Jr., campaign contributions by regulated traditional utilities and their allies to the regulators has become the main issue that separates the two candidates.

Skrmetta, of Metairie, and Borne, of New Orleans, are vying for one of the most important positions in state government, one which launched Huey Long, John McKeithen and Kathleen Blanco to the Governor’s Mansion. The 1st PSC District includes all or part of 11 parishes but most of the residents live in the Jefferson and St. Tammany Parish suburbs of New Orleans along with the Ascension and Livingston Parish suburbs of Baton Rouge.

Early voting began Friday, took the day off Sunday, and will continue Monday through Saturday at 6 p.m., though not on Thursday, Thanksgiving, and Friday, Acadian Day.

Representing more constituents than each of the six congressmen, each of the five elected PSC commissioners make decisions worth billions of dollars, most of which everyday Louisiana residents and businesses are called upon to pay. But the PSC operates at the intersection of complex engineering and high finance, boring many consumers and the media, leaving the commissioners to make their decisions in relative anonymity.

Despite pulling more votes this election, Eric Skrmetta is facing a runoff for PSC Commissioner

Louisiana Public Service Commissioner Eric Skrmetta pulled down more votes Tuesday night than he did to win reelection in 2014. But the two-ti…

So, it should come as no surprise that about $257,812 of the $369,584 – 70% of that total campaign contributions Skrmetta reported Nov. 12 to the Board of Ethics – came from the lobbyists and company officials with business before the commission. Nearly $50,000 came from Entergy, less than the roughly $40,182 from the Republican Party establishment, according to campaign finance disclosures. Stone Pigman, a large New Orleans law firm that is hired to do a lot of consulting and research work for the PSC, ponied up about $14,350 for Skrmetta’s reelection effort. (Exact numbers are difficult to determine in Louisiana, where unlike many states and the federal government, doesn’t require donors to identify their employers.)

In contrast, Borne reported only $13,951 from friends and family, many of whom are lawyers in small firms or solo practitioners, according to campaign disclosures filed with the Board of Ethics. Borne says he has spent about $70,000 of his money.

Skrmetta said utility company contributions don’t equate to control of himself and the other commissioners. Monthly Entergy bills are lower now than they were in 2008, in the months before Skrmetta joined the commission. He readily ticks off a long list of decisions he made and court cases he backed over the past dozen years in office that went against the business interests of Entergy – the largest corporation headquartered in Louisiana and supplier of electricity to about half the state.

“We’ve cut the utility ask by over $8 billion. We’ve litigated aggressively and we’ve returned money to the ratepayers. …Our rate mechanism is paving the way for $119 billion of new industry for Louisiana,” Skrmetta said. “We’re saving money for the public on a regular basis.”

But that misses the point, Borne said.

While rates have remained relatively low, monthly electric bills are among the lowest in the country largely because the price of natural gas, which fuels many of the generators in Louisiana that make electricity, have collapsed on the world market.

Utilities were given monopoly status a century ago because the amount of infrastructure necessary to transmit and deliver electricity made granting one company exclusive rights over a given territory more efficient. The PSC was set up to ensure that the companies wouldn’t charge higher rates than they would if there was competition.

Utility companies are allowed to collect the costs of making, transmitting, and delivering electricity plus a guaranteed profit, usually about 10 percent. Commissioners decide “allowable” costs, which determines how much customers pay and how much comes out of the monopoly’s profits.

By dominating the cash flow of commissioner campaigns, Borne said, utility executives and their lobbyists have greater access. Commissioners hear hard arguments from the corporations but only have an abstract notion of what’s best for consumers.

“They want to make money and you can’t blame them for that,” Borne said of the utilities, adding he wants to ban contributions from the regulated as Alabama, Georgia and Mississippi have done. Twenty-two states restrict corporations from contributing to political campaigns, according to the National Conference of State Legislatures.

“I believe the Legislature, if the PSC itself won’t, should ban contributions from the companies the PSC regulate as a monopoly,” Borne said.

Skrmetta received 134,900 votes or 31% of the 431,014 cast in the Nov. 3 primary. Borne received 107,174 votes or 25% of the total. Three other Republican candidates, one without party affiliation and one from the Green Party, split the remaining vote.

Some commentators called the PSC primary the dirtiest and most bitter campaign on the Nov. 3 ballot, which also included presidential, congressional races along with choosing every district judge and district attorney in the state. Skrmetta was skewered in ads for an African safari trip. He was tied to the lease of land for the Boomtown Casino because of a small interest he had in his wealthy family’s business, which made the deal in the early 2000s.

Most of the money for those ads came from the industry that sells and installs solar panels.

The solar industry and its lobbyists accounted for about 87% of the $143,995 reported raised by primary opponent, former Slidell Republican Rep. Kevin Pearson. One firm and its employees, PosiGen, contributed $41,600 to Pearson, according to Ethics Board disclosures. PosiGen, founded in 2011, relied on significant homeowner tax breaks aimed at building solar as an alternative to oil, gas, coal, and nuclear rods used by the privately owned utility corporations.

Skrmetta opposed the tax breaks as unfair and argued that non-solar customers had to pay extra because of the rates private utilities had to pay for excess energy created by the rooftop solar panels that was sold into the grid. He was in the majority when the PSC voted 3-2 in September 2019 for new rules that would lower the rates energy companies paid.

After Pearson ran fourth in the primary, the solar industry apparently hasn’t been willing to come out of pocket for the runoff. But in an overwhelmingly Republican district, a Democrat has a tough road to victory. Skrmetta released a television ad Friday that featured U.S. Rep. Steve Scalise, R-Jefferson, whose congressional district shares many of the same lines as Skrmetta’s PSC district. Scalise won his race Nov. 3 with 72% of the vote.

Since Nov. 3, Borne said he has received only $1,000 from a single donor with ties to the solar industry.

Jeffrey Cantin, of Solar Alternatives Inc. in Jefferson Parish and member of the trade group, Gulf States Renewable Energy Industries Association, wrote that check to Borne. (He had given $4,000 to Pearson, according to the campaign finance reports.)

“Louisiana has been caught up in being an oil and gas state. Louisiana hasn’t looked at other sources: winds, solar,” Cantin said, adding that Louisiana’s economy is benefitting from newly created jobs.

“Louisiana isn’t picking up on that. Even Mississippi has more solar than Louisiana. It’s a great opportunity for Louisiana to grow up and become an energy state like its peers.”

Skrmetta said he isn’t against solar but all “green” fuel sources need to be considered on the same price point as traditional fuels. “I’m focused on protecting the ratepayers,” he said.