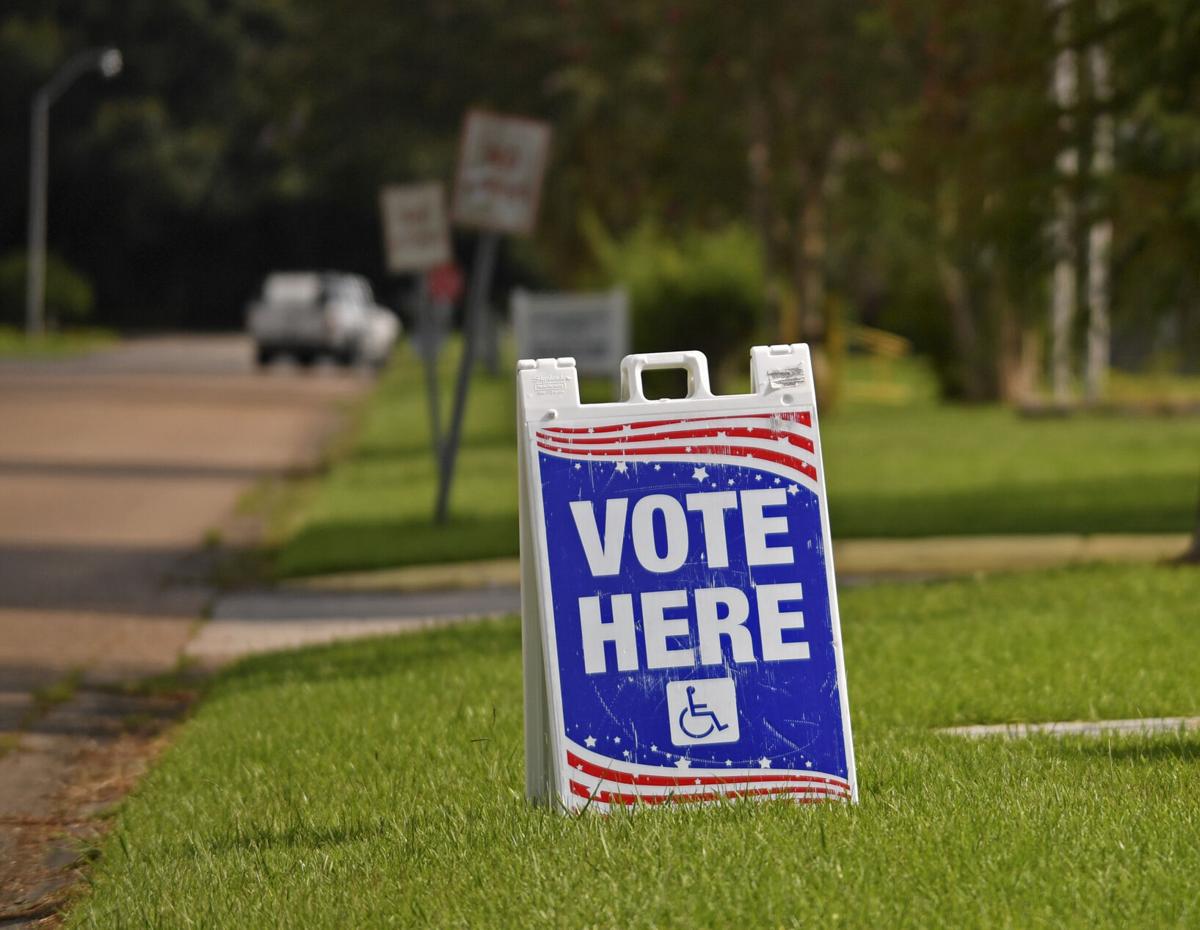 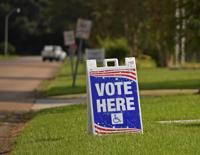 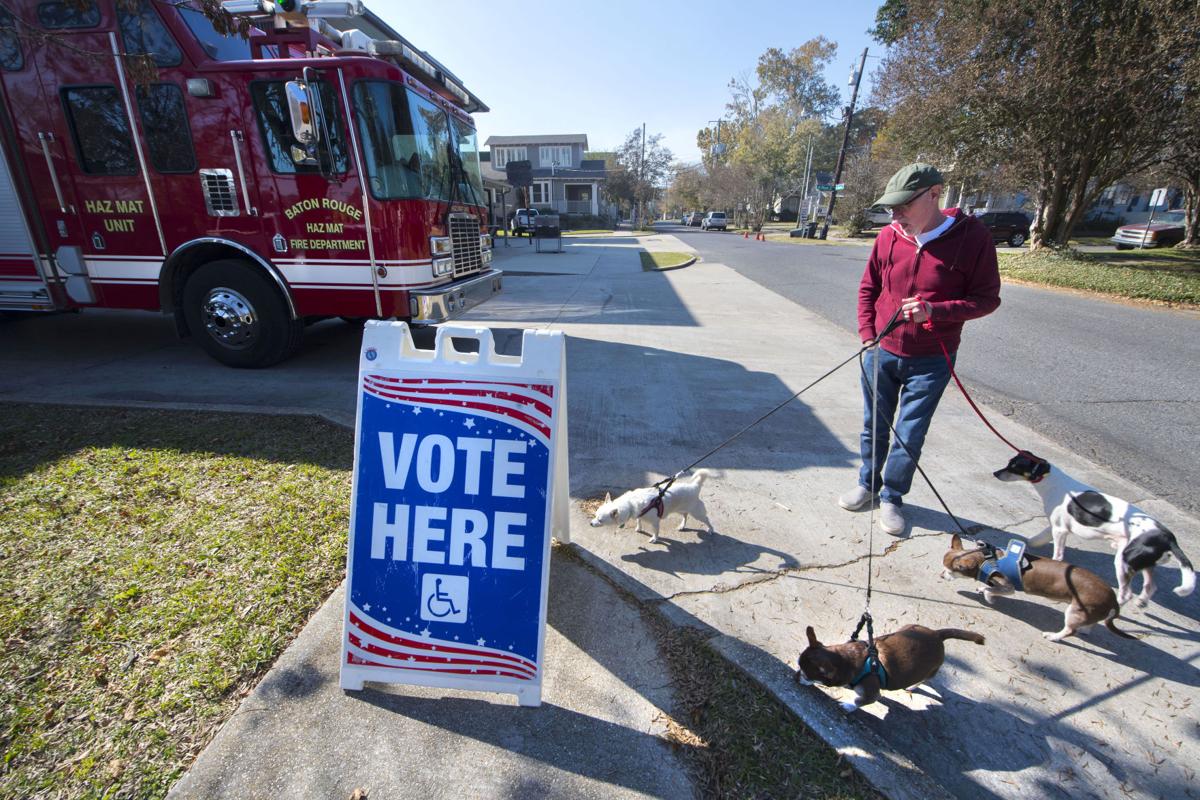 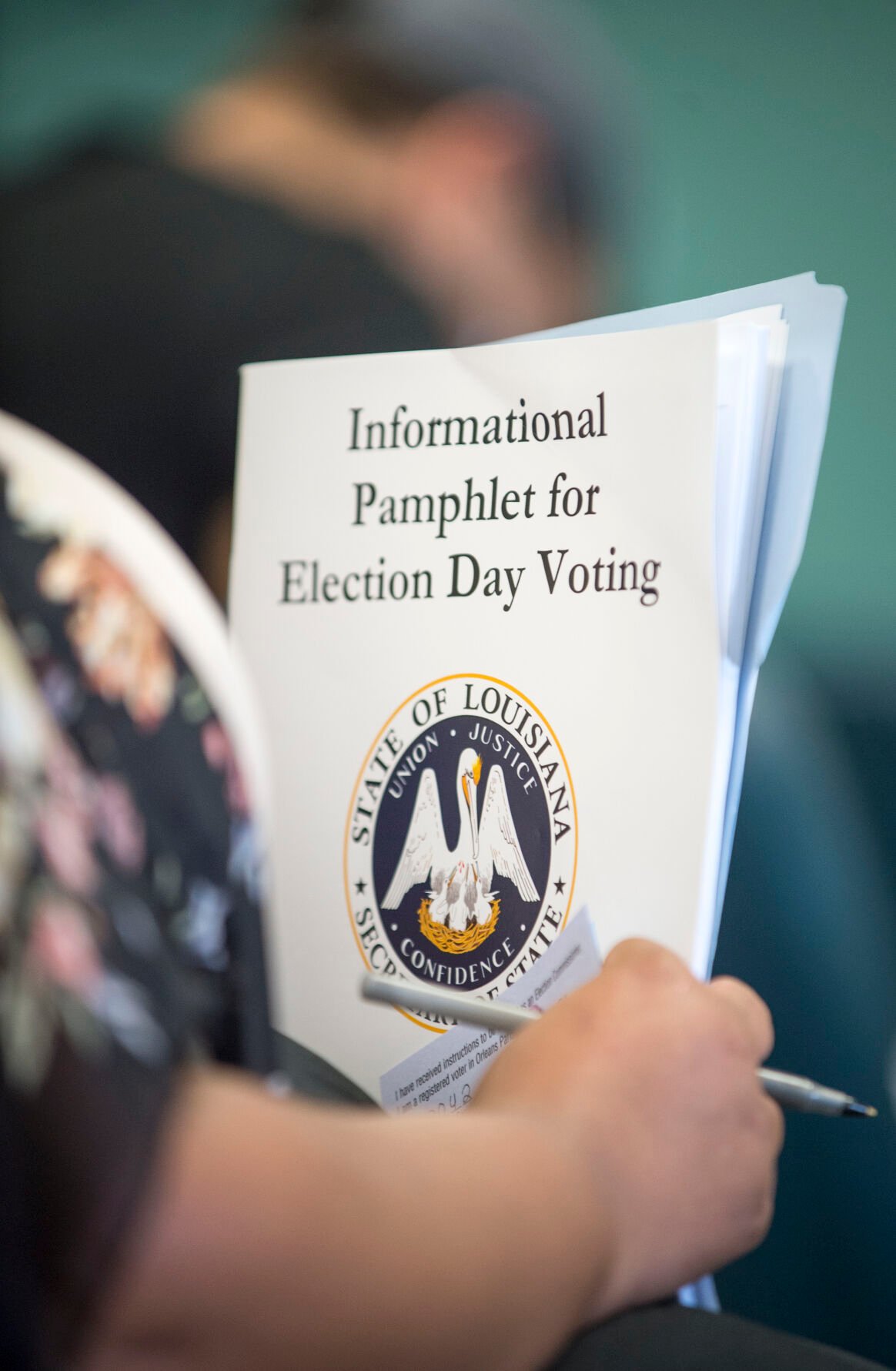 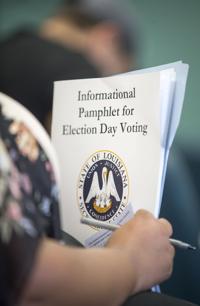 Monday is the last day to register to vote in the Nov. 3 election at parish registrar of voters’ offices or by mail, but people will still be able to register through the state's website and the GeauxVote smartphone app through Oct. 13.

And the deadline to request an absentee ballot from registrars' offices is Oct. 30. Completed absentee ballots for anyone other than military members and overseas residents must be dropped off or postmarked by Nov. 2.

Early voting, which was extended by a federal judge because of the coronavirus pandemic, begins Oct. 16 and ends Oct. 27.

Voters will be casting ballots for president of the United States, as well as for candidates for U.S. Senate and House of Representatives, Louisiana Public Service Commission, Louisiana Supreme Court, appellate and district judgeships as well as every prosecutor in the state, along with local races and constitutional amendments plus a statewide local option on sports betting.

Voting largely along party lines, the Louisiana Senate approved Thursday evening a bill sold as a way to streamline the bitterly partisan way …

During this time of heightened political tensions and fears of community spread of the coronavirus, registrars are seeing a dramatic uptick in the number of requests for absentee mail ballots.

Statewide about 190,000 of Louisiana’s 3 million voters have requested absentee mail ballots, so far, with another month to go before deadline. Usually the requests run less than 50,000, though in the 2016 presidential contest about 63,000 asked to mail their ballots.

But the bulk of the requests, so far, came in under existing state law. A Sept. 16 federal court ruling expanded access to absentee ballots.

State law already allowed registered voters to request a mail ballot if they were 65 years or older; were going to be out of the parish on Election Day; were away in the military; or registered in the disabled program.

U.S. District Judge Shelly Dick, of Baton Rouge, ruled that a registered voter also could seek an absentee ballot if they are at a higher risk of severe illness from COVID-19 because of medical conditions; are subject to a quarantine order; are advised by a health provider to self-quarantine; are experiencing symptoms of COVID-19 and seeking medical confirmation; or are caring for someone who is isolated because of the disease.

The Secretary of State’s office produced a video to walk voters through the process of using a mail-in ballot.

Almost every surface in East Baton Rouge Parish Registrar of Voters Steve Raborn’s office was filled Postal Service bulk mail trays stuffed with ballots. He was hoping to start mailing out the absentee ballots by Friday.

In Orleans Parish, Registrar Sandra Wilson said her office sent out just over 18,000 already, which is about what Orleans would typically do in a presidential election.

In New Orleans, the Smoothie King Center has been added as an early voting site.

Baton Rouge Mayor President Sharon Broome had asked for a similar mega precinct at the River Center. But that’s not going to happen.

Secretary of State Kyle Ardoin, who is charge of putting on elections, said he sent staffers downtown to vet the River Center as a polling location. They ruled it out as location because the facility doesn’t have consistent enough connectivity to stay online as a secure system.

All early voting centers are, in essence, mega-precincts because any voter can go there. Their registration records are found. The voting machine is then set up with that voter’s specific ballot. Once the vote is cast early, the voter’s name is crossed off in the precinct’s voter rolls. All this requires a secure internet, Ardoin said.

Using a single large facility to handle voting with social distancing for more than one precinct is a little more difficult. Voting machines are linked specifically to a polling station, so the machines need to be physically located at the new location and only voters of a particular precinct are allowed to use the machines.

Raborn said that with the River Center out of play, he found an unused courtroom on the 6th floor of the Governmental Building, which is large enough to accommodate social distancing for early voting.

“It would have been more difficult to have it over there,” Raborn said pointing out the window to the River Center.

Jennifer Harding, one of the plaintiffs in the federal lawsuit that decided how Louisiana will vote on Nov. 3 and Dec. 5 testified that she fear catching COVID-19 while waiting to vote in a narrow hallway at Twin Oaks Elementary school in Baton Rouge’s North Sherwood Forest neighborhood. Voters who were finished walked down the same hall.

Brandon Abadie, who handles Baton Rouge’s polling locations, said he and his staff have come up with one-way access to keep social distancing. Voters will wait in one area and enter the station through one door and will exit from another door, he said.

“We’ve been looking at a lot hallways in schools,” Abadie said, and have come up with similar routes. In other places with small polling areas, officials are asking about larger areas in the same facility.

Voting largely along party lines, the Louisiana Senate approved Thursday evening a bill sold as a way to streamline the bitterly partisan way …