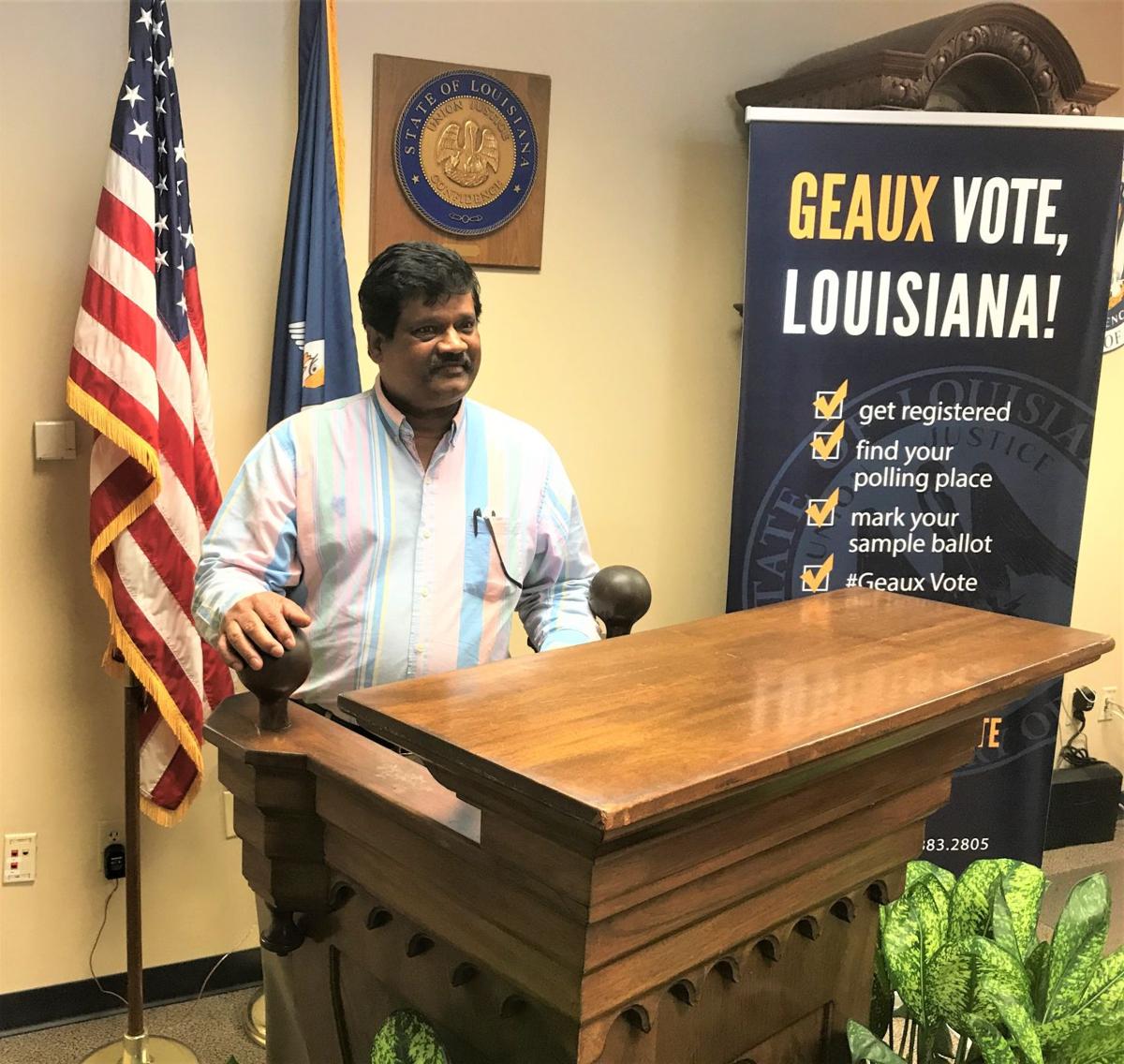 Rao M. Uppu, of Prairieville, signed up Thursday, Aug. 8, 2019, to challenge Lt. Gov. Billy Nungesser as a Democrat. He heard on the radio that Nungesser was unopposed going into the third and final day of candidate qualifying, made a U-turn and signed up. 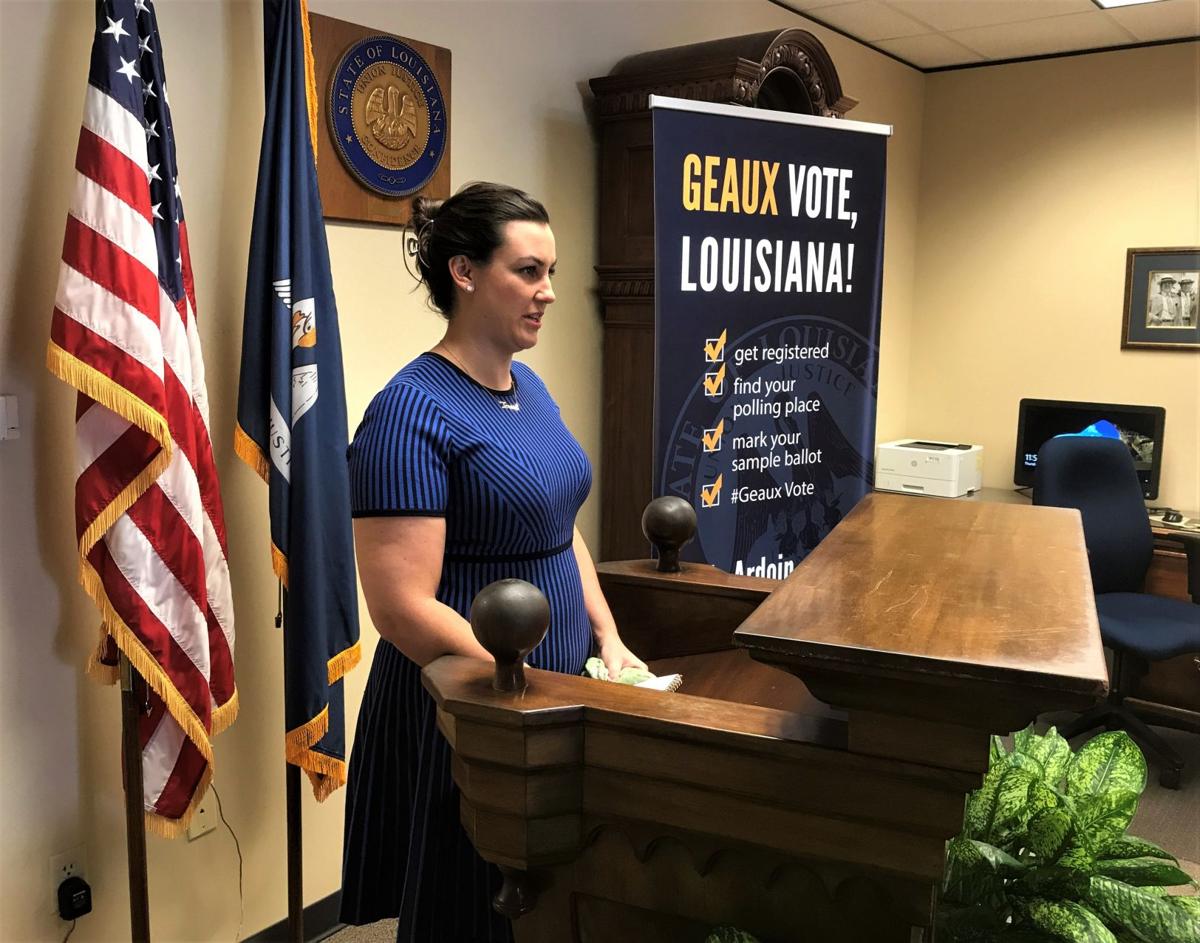 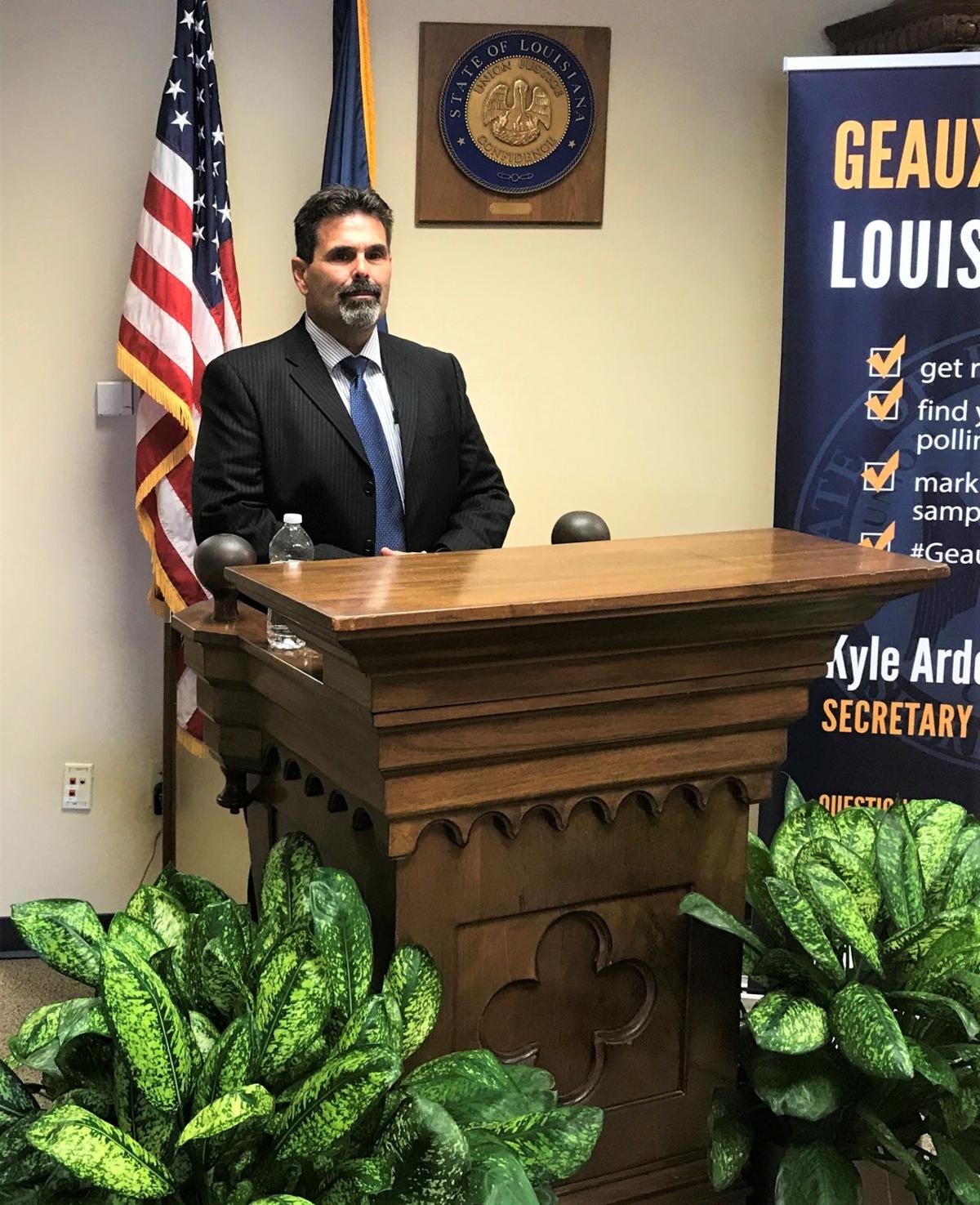 Thomas Kennedy is running for Secretary of State 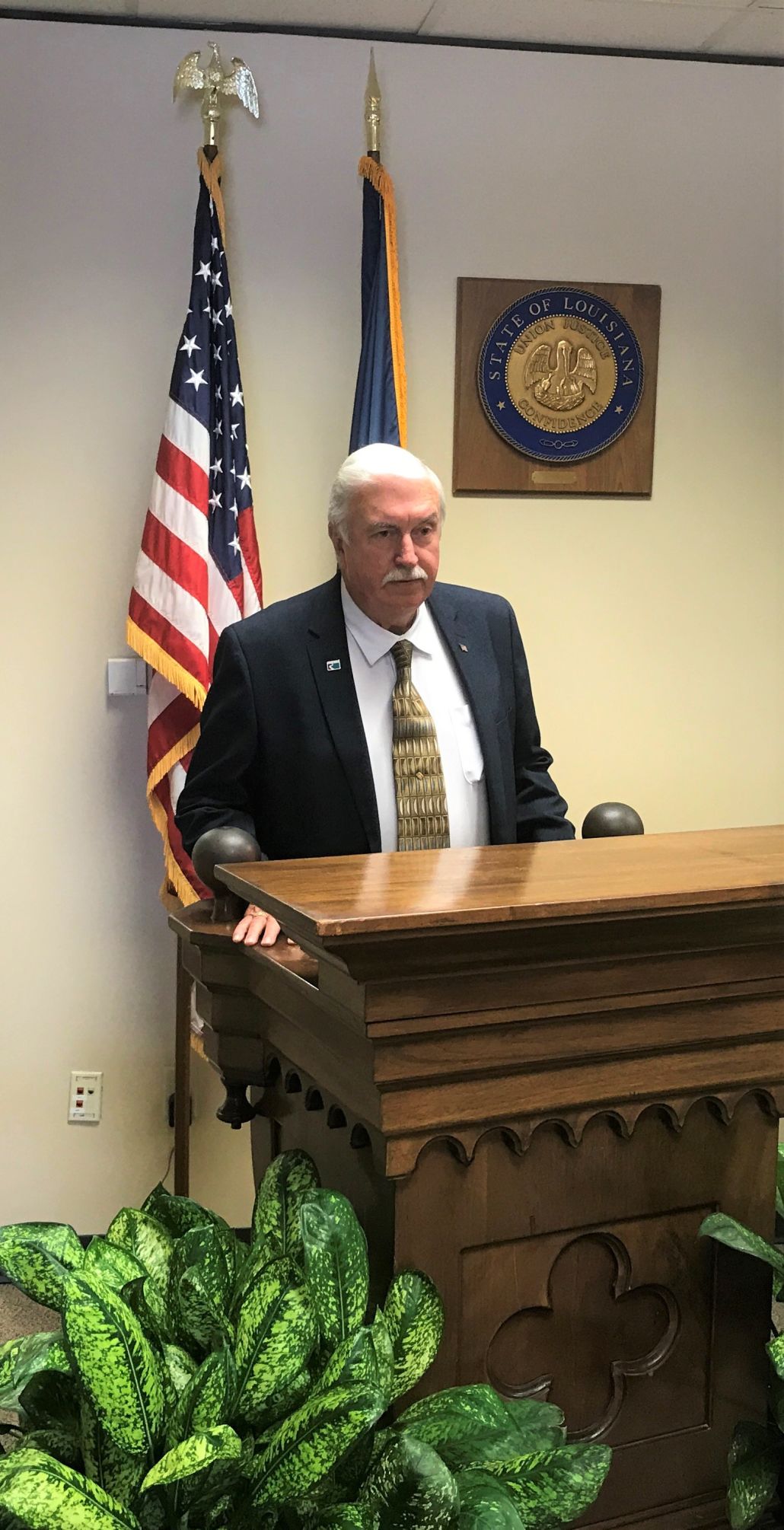 Charlie Greer is running for Commissioner of Agriculture and Forestry 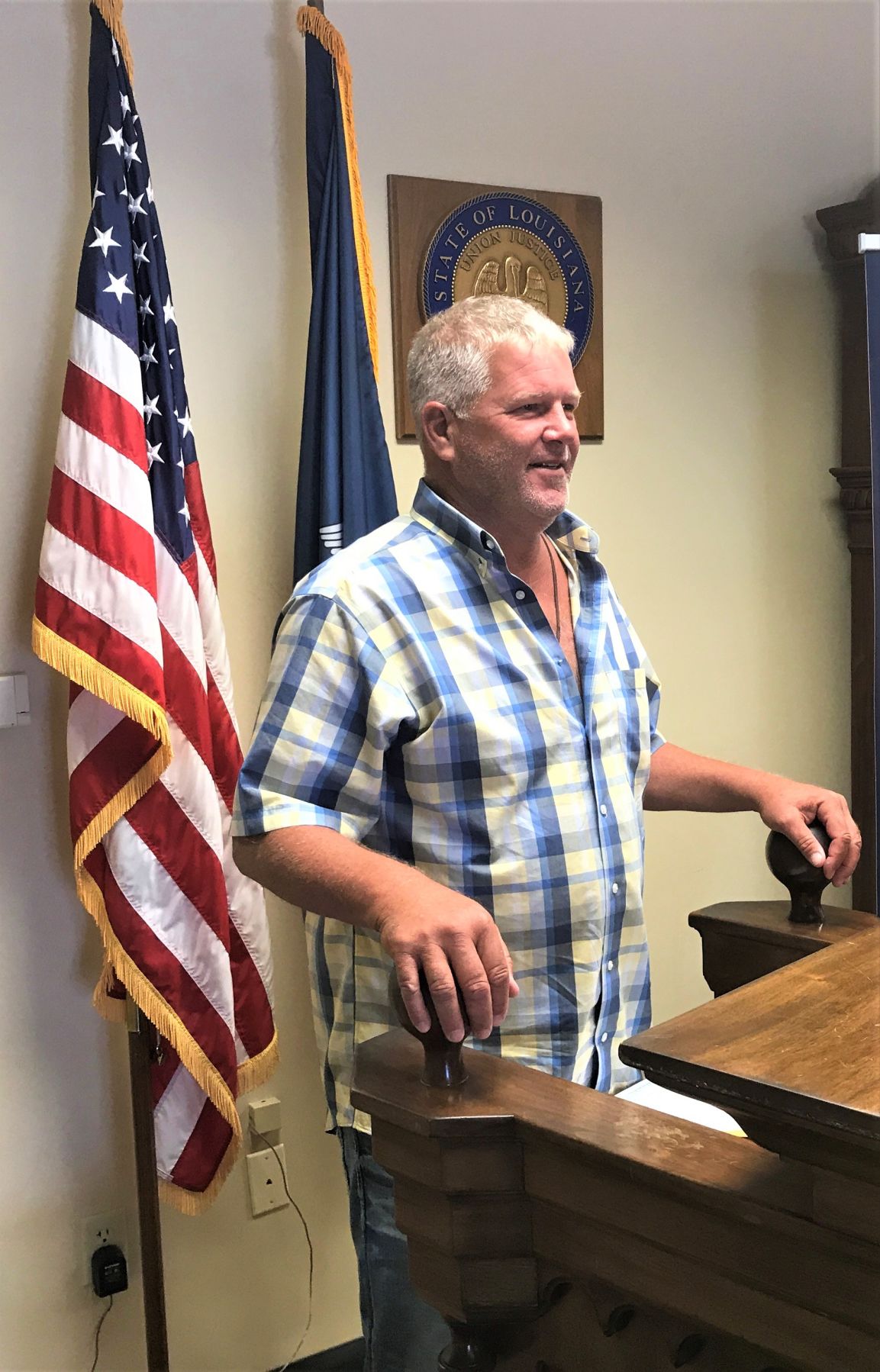 Bradley Zaunbrecher is running for Commissioner of Agriculture & Forestry

Rao M. Uppu, of Prairieville, signed up Thursday, Aug. 8, 2019, to challenge Lt. Gov. Billy Nungesser as a Democrat. He heard on the radio that Nungesser was unopposed going into the third and final day of candidate qualifying, made a U-turn and signed up.

Thomas Kennedy is running for Secretary of State

Charlie Greer is running for Commissioner of Agriculture and Forestry

Bradley Zaunbrecher is running for Commissioner of Agriculture & Forestry

Nine candidates signed up to run for governor by the close of qualifying Thursday but none have bigger names than the three candidates who signed up Tuesday.

Despite rumors of a last day surprise, the ballot is set, as expected, with incumbent Gov. John Bel Edwards, the only Democratic governor in the Deep South, facing two well-financed Republican challengers: U.S. Rep. Ralph Abraham, of Alto, and millionaire contractor Eddie Rispone, of Baton Rouge. All three major candidates have reported raising in excess of $22 million total, most of which will be spent in the next nine weeks.

Edwards is arguing that he stabilized a state budget that has faced annual deficits prior to his taking office in 2016. His Republican opponents argue that Edwards accomplished that by raising taxes, which have slowed Louisiana’s economy.

Six others filled out the forms and paid fees between $750 and $1,125, depending on party affiliation, to officially get their name on the ballot for the governor’s race, including an artist who goes by name “Live Wire” and a cousin of the Landrieus.

Gary Coldewy Landrieu was the only one of the six to file a financial report and he disclosed loaning his campaign $75,000.

The first cousin of former Democratic U.S. Sen. Mary Landrieu and former New Orleans Mayor Mitch Landrieu said he would sue the Secretary of State for not putting his name on the ballot as Gary “Go Gary” Landrieu. He is running without party affiliation from Metairie.

During the three-day qualifying period, the other six agency heads who are elected statewide also attracted opponents, including two who started the day without anyone running against them.

News that Lt. Gov. Billy Nungesser had no opponent prompted a naturalized U.S. citizen to rush for the Secretary of State’s office.

Rao M. Uppu, of Prairieville, was listening to Jim Engster’s “Talk Louisiana” when he heard that Nungesser, R-Port Sulphur, had no opponent. He feels that democracy is not well served by uncontested elections. He pulled over to see what the job entails. Feeling that he could oversee tourism, state museums and state parks as well as taking over should governor have to leave office, Uppu made a U-turn and paid the $900 fee to run as a Democrat against Nungesser.

Uppu is Southern University professor in the biomedical and toxicology fields. He came to the U.S. in 1989 from southeast India and has lived in Louisiana since August 1990. Uppu earned U.S. citizenship in 2000.

He hasn’t yet mapped out a campaign platform or strategy. “It’s just a decision I made a half hour ago,” Uppu said.

Shortly before the doors closed, Willie Jones, a member of state Democratic Party Committee, became a third candidate for the second highest position in the state.

State Treasurer John Schroder picked up a second opponent Thursday when a Metairie bookkeeper reviewed the job description and felt she had better qualifications than the incumbent.

Teresa Kenny had attended a recent GBNO Inc. summit. At the conference, she spoke with state Rep. Royce Duplessis, D-New Orleans, who went over the treasurer’s job description with her and noted that the incumbent had no accounting or financial background. Schroder ran for the statewide office as Covington businessman and former member of the House Appropriations Committee.

She handles bookkeeping and accounting for small businesses in the New Orleans area and her only bid for office was for the student council at the University of California Davis. She is running without party affiliation.

Schroder is also being challenged by Harvey lawyer Derrick Edwards, a Democrat whom he beat in the 2017 special election to replace John N. Kennedy.

Farmer Bradley Zaunbrecher filed the official papers as did Charlie Greer, a former Ag department executive, who polled 312,705 votes – or 30 percent of the roughly 1 million cast – to lose to Strain in the 2015 primary.

When he qualified Tuesday, Strain noted that his department is operating more efficiently and its expenditures have been lowered.

Greer said Strain’s cuts have been too deep, inhibiting the department’s ability to perform its functions.

Zaunbrecher, who farms rice and crawfish in Acadia Parish, said Strain has done a good job. But he wants more effort put into recruiting young people into farming.

Insurance Commissioner Jim Donelon, who is seeking a fourth term, drew an opponent, insurance executive Tim Teeple, who put more than $1 million in the race.

Secretary of State Kyle Ardoin is in a rematch of sorts. He won a special election in 2017 to fill out the term of Tom Schedler, who resigned on the heels of sexual harassment allegations. He beat Gwen Collins-Greenup, a Clinton Democrat, in the runoff and she is running again. In addition, Thomas Kennedy signed up as a Republican from Kenner. As a candidate in 2017, Kennedy spent little, if any, money and attended few, if any, forums but ended up in fourth place, polling 137,500 votes.

The candidates who qualified to run in many of the races for the Oct. 12 primary in the Baton Rouge region are listed below. Early voting for …