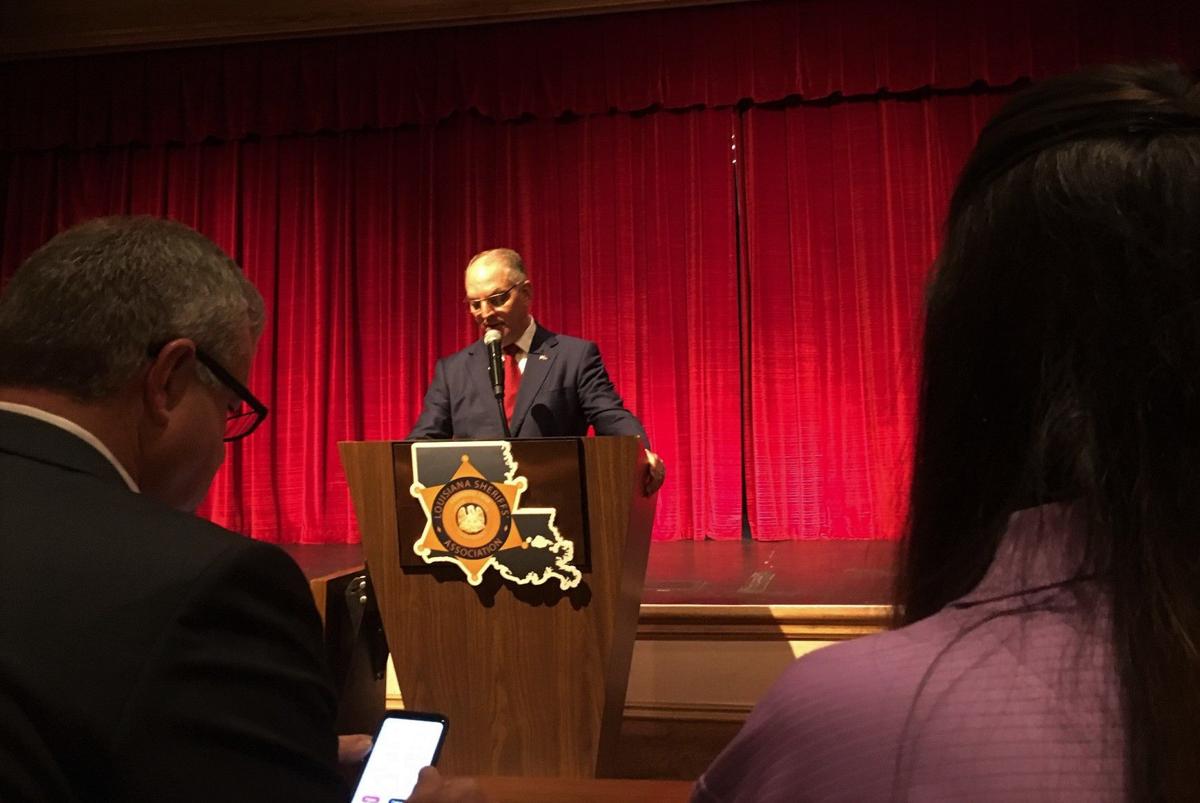 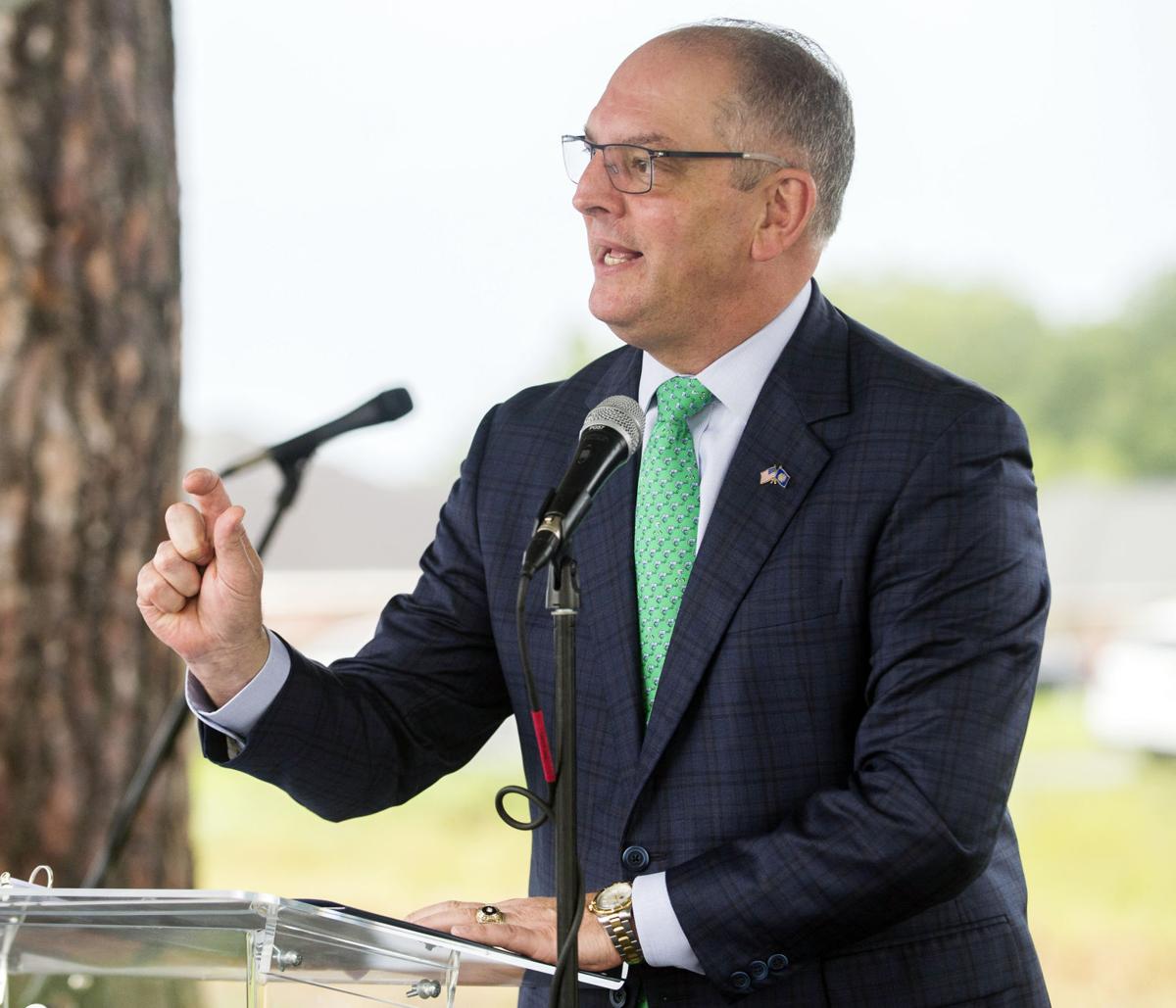 Gov. John Bel Edwards said Thursday Louisiana will likely have another $300 million budget surplus when the state closes the books on the fiscal year.

That's 1% more than the $30 billion budget approved by lawmakers after long negotiations in 2018 over how much sales taxes should be raised to generate enough revenue to cover expenditures. This latest surplus is for Fiscal Year 2019, which ended on June 30.

Speaking after a forum at the Louisiana Sheriffs' Association's annual event, where he faced off with GOP challenger Congressman Ralph Abraham, Edwards said the figure is based preliminary on numbers tracked by his budget office, but will not be finalized for another couple of weeks.

“It appears the surplus we’ll have this year is the same amount as last year,” Edwards said.

The cash balance at the end of Fiscal Year 2018 was $308 million. Actually, this is the third fiscal year ending with unanticipated extra money. After nearly a decade of shortfalls, the state ended 2017 with $123 million more than expected.

Edwards said the surplus is a much better outcome than the state facing a $300 million budget deficit, which would require mid-year budget cuts.

Edwards has repeatedly touted the state’s budget surplus from last year on the campaign trail as he runs for re-election. His Republican challengers have criticized it as evidence the state is overtaxing.

“It's more proof that the state is extracting too much money out of the taxpayer's pocket,” House Majority Leader Lance Harris, R-Alexandria, and a frequent critic of Edwards fiscal policies said Thursday. “It's one thing to have a surplus due to sound fiscal policy, but, this surplus is the result of excessive taxes placed on the backs of Louisiana families. It's past time to give taxpayers a break, something that Gov. Edwards has consistently opposed.”

State Treasurer John Schroder, a Republican, said Thursday, “The real question is, are the hardworking people of Louisiana paying too much in taxes?”

Louisiana House Appropriations Chair Cameron Henry, R-Metairie and another critic of Edwards, said the surplus was product of the Legislature pressing the Revenue Estimating Conference, the four-member panel that determines how much money is available for state government to spend, to choose a more conservative estimate of available money. That lower starting point plus an increase in taxes generated the surplus.

But really, he said, the state is merely generating more money from the same individuals and businesses. “It doesn’t affect our expenses. Our expenses are still growing,” Henry said.

The new Legislature and new administration, which will be elected this fall, will have to decide what to do next. The additional money can be spent on only about a half dozen issues, such as paying down debt, covering retirement expenses and funding some infrastructure projects.

New legislators also must decide if taxes need to be adjusted because too much money is being collected, which Henry blames on population growth and economic growth not keeping pace with national averages.

“They will need to take big look at that,” Henry said. “Is it a short-term benefit to the state at the expense of a long-term viability of the state?”

Edwards said his surplus estimate comes from his budget analysts' calculations. It's unclear which tax collections came in better than expected to account for the extra money.

But Greg Albrecht, the Legislature’s chief economist, said the uptick probably has the same origins as last year’s: higher than predicted personal and corporate income tax collections. He’s judging from the numbers being collected now but doesn’t know, yet, what the size of the surplus might be.

On the corporate side, lawmakers, going back to 2015 when Bobby Jindal was governor, have been whittling away at breaks for corporate income taxes, such as allowing corporations to retroactively apply net operating losses to income taxes owed in previous years, and extending franchise taxes to businesses that didn’t previously pay. Since businesses often file returns under extensions, those corporate returns have only recently started coming in, Albrecht said.

But sales taxes are not playing a role in surpluses, he said, adding that sales tax collections were weak last year and have remained weak.

The state had repeated budget shortfalls during Jindal’s final year in office and in the first part of Edwards’ term. The sales tax was raised to 5-cents in 2016. But that fifth penny expired in 2018 leaving the Edwards administration calculating a massive shortfall in revenues that would have required draconian cuts in the state services. After intense negotiations and three special sessions, the Democratic governor and the Republican Legislature compromised on raising the state sales tax from 4 cents to 4.45 cents of every dollar spent at the store. When combined with local taxes on purchases, leaves jurisdictions with some of the highest sales taxes in the nation.

This year lawmakers were able to put some of the additional money toward teacher pay raises and early childhood education, while fending off bills that would lower the tax.

In governor's race, Republicans echo Trump's immigration stance; is it a real issue for Louisiana?

The debate over whether the U.S. should build a wall on the border with Mexico, a campaign pledge from President Donald Trump, has largely pla…

A national Republican group has launched its second attack ad against Democratic Gov. John Bel Edwards in his bid for reelection, hammering th…