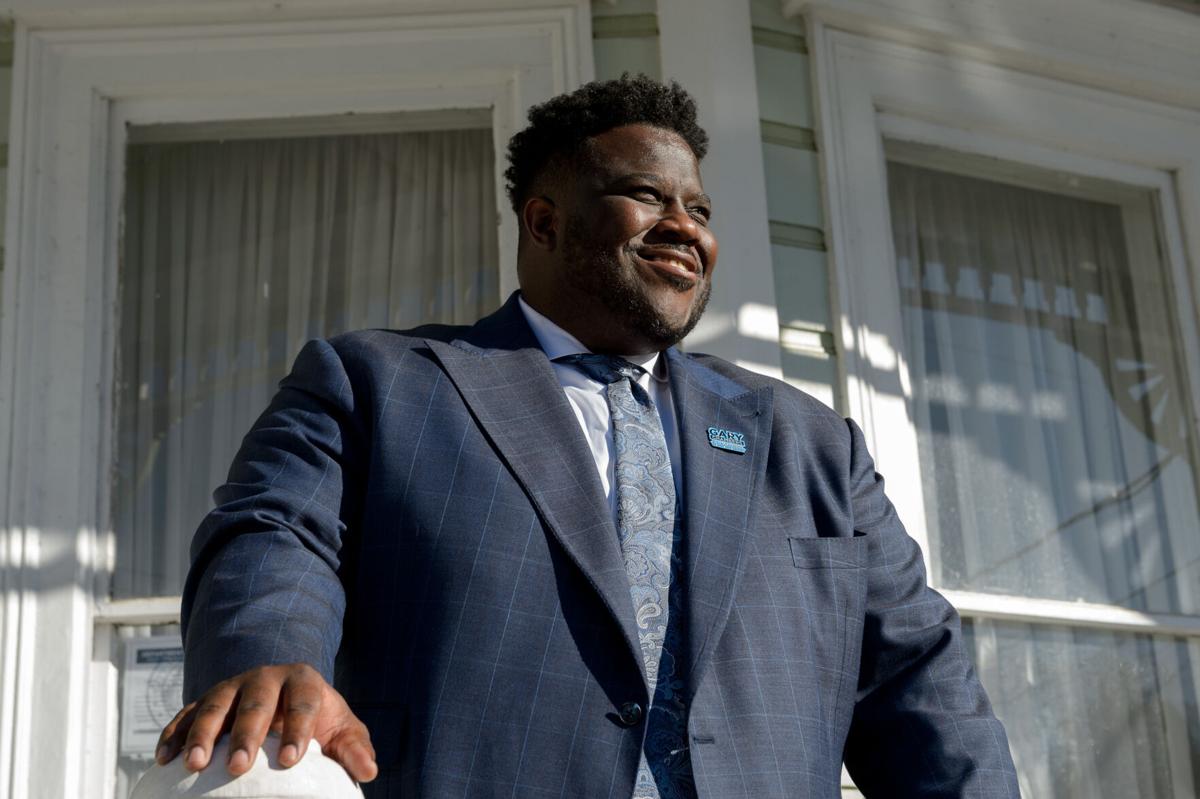 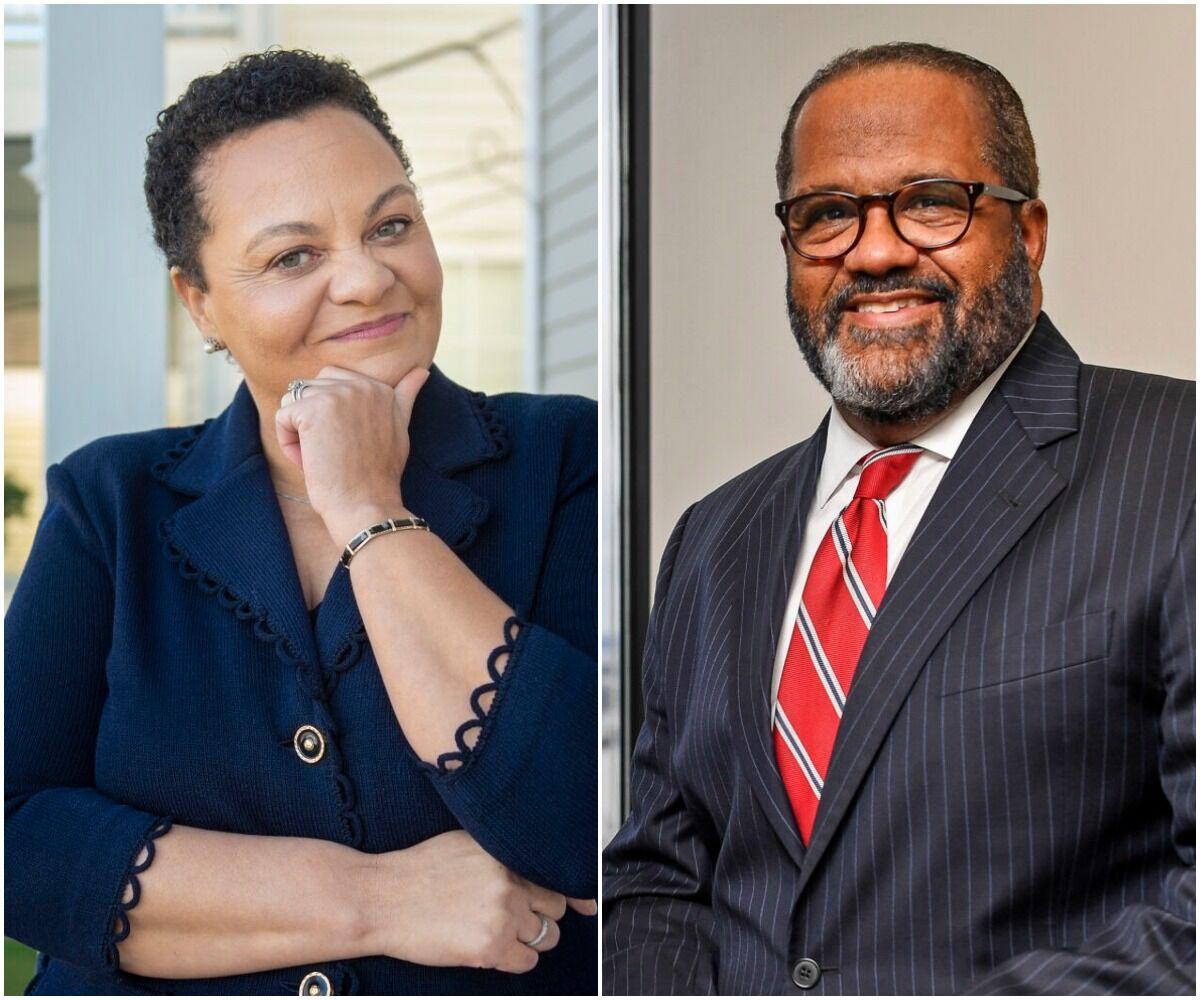 Democrats Karen Carter Peterson and Troy Carter will face each other in the April 24 runoff to decide the 2nd congressional district contest.

Democrats Karen Carter Peterson and Troy Carter will face each other in the April 24 runoff to decide the 2nd congressional district contest.

After being wooed by both of the remaining candidates, Gary Chambers Jr. endorsed Karen Carter Peterson in the April 24 congressional runoff, the Baton Rouge activist who finished third in the primary announced in a video Monday.

Chambers’ support is vital for Peterson because she needs strong backing from progressive voters to overcome Troy Carter, the top vote-getter in the primary, in a majority-Black district that is centered in New Orleans but stretches up the Mississippi River to north Baton Rouge.

I wasn’t going to make an endorsement at all, but this is bigger than me. Today I’m endorsing Karen Carter Peterson. I didn’t get to this decision to endorse Karen (@teamkcp) without a lot of thought and many difficult conversations. pic.twitter.com/UxvkqcMWUx

"She is a progressive fighter who will go to (Washington) D.C. and champion the issues that are important to us," Chambers said, citing the Green New Deal, the Medicare for All universal health care plan and a $15 per hour minimum wage. "Equity should not be a buzz word or political phrase but a way of life."

Powered by a strong social media presence and an articulate message, Chambers won 21% in the March 20 primary, falling short by 1,550 votes of surpassing Peterson’s 23% to face Carter, who won 36%.

The endorsement "is important from the standpoint of keeping Karen Carter Peterson in the game," said John Couvillon, a Baton Rouge-based pollster and demographer. "That 13-point difference is now erased. If a significant share of Chambers' support goes to Peterson, as you would logically expect because both are on the progressive spectrum, it makes the Republican vote the tie-breaker."

Republican candidates accounted for about 16% of the vote in the primary. Their vote is now up for grabs between the two Democrats. Carter has the advantage of endorsements from Cynthia Lee Sheng, the Jefferson Parish president, a Republican, and several well-known legislative Republicans. Peterson chaired the Louisiana Democratic Party for eight years.

The Chambers endorsement thrilled Peterson, who has seen a slew of lesser endorsements in recent days go to Carter.

"We need health care, and we need to be there for folks who are struggling to keep a roof over their heads," the Peterson campaign said in a statement. "Karen’s ready to lead in the fights worth having, and she’s ready to stand with Gary and fight like hell to bring change and make history."

Chambers said he made his decision after meeting with first Peterson and then Carter on Sunday and speaking with each candidate during the week. Both are Democratic state senators from New Orleans.

In an interview Monday, Chambers said he and Peterson went for a walk around her home in the Freret neighborhood of New Orleans on Sunday. He later had dinner with Carter in the Rib Room at the Omni Royal Orleans Hotel.

“I have a great deal of respect for both of them, especially the amount of time to talk about life, family and community,” he said in the interview. “I think that all of us have a greater appreciation for each other, the more time we spend with each other.”

Chambers said he expects his endorsement will swing many but not all of his voters for Peterson.

“I freed my team to make their own decisions,” Chambers said but added referring to him and Peterson, "Together, we can be a force."

He had decided several days ago to stay neutral in the election, Chambers said, but changed his mind after getting calls from people urging him to make an endorsement, including from a national progressive whose support he had sought during the primary but who had stayed out.

That Chambers nearly pushed his way into the runoff was a surprise since he began the race as an unknown in New Orleans and the west bank of Jefferson Parish, which together constitute about 65% of the district.

Chambers topped Peterson not only in Orleans Parish, but in her state Senate district as well.

Chambers, 35, indicated in a recent interview that he’s likely to seek office again. In his one previous race, he captured 26% of the vote in 2019 against state Sen. Regina Barrow, D-Baton Rouge.

Next up in race to replace Cedric Richmond: Gary Chambers' endorsement and how runoff might play out