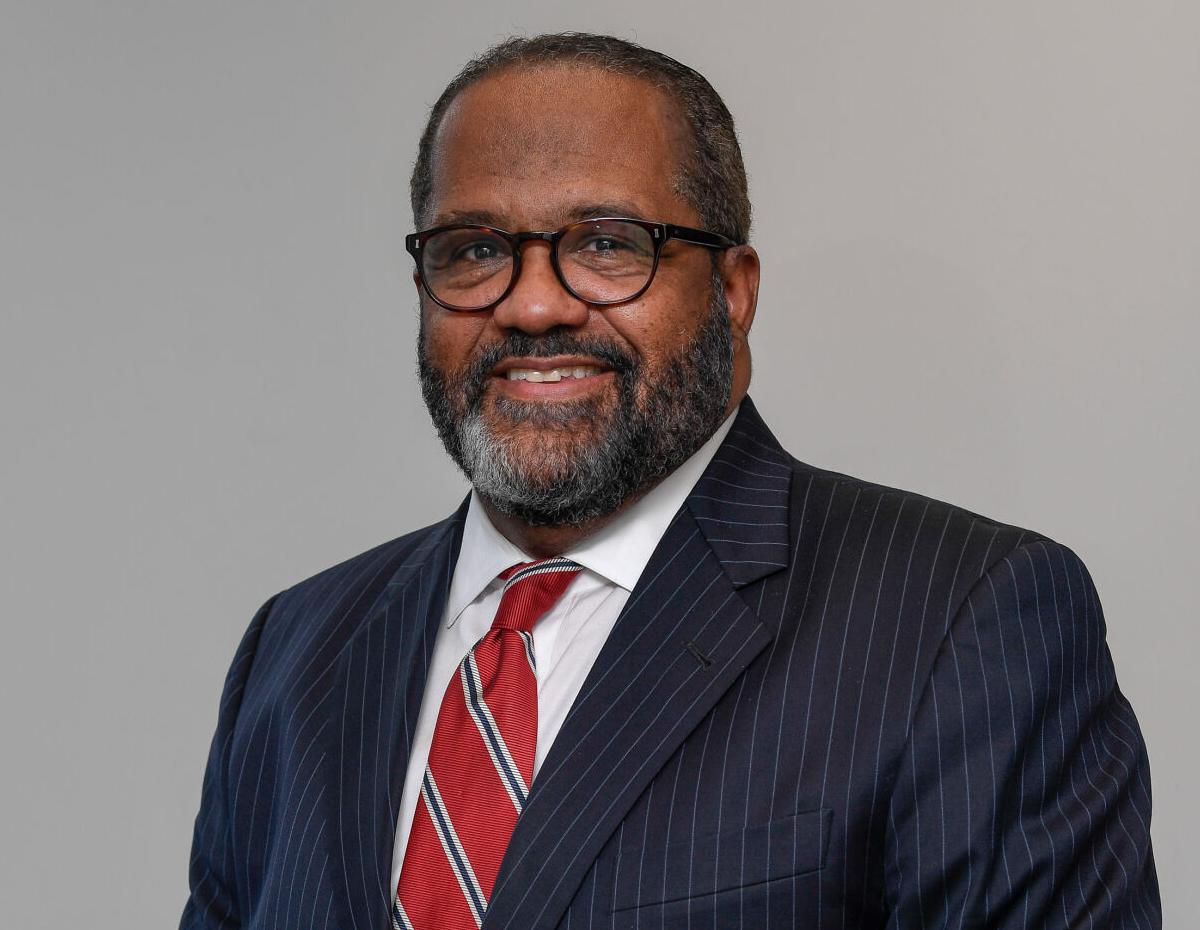 State Sen. Troy Carter is photographed in his office fin New Orleans, La. Tuesday, Jan. 26, 2021. Carter is running for Louisiana’s 2nd Congressional District seat which was vacated by Cedric Richmond after he left to be part of President Joe Biden’s administration. (Photo by Max Becherer, NOLA.com, The Times-Picayune | The New Orleans Advocate) 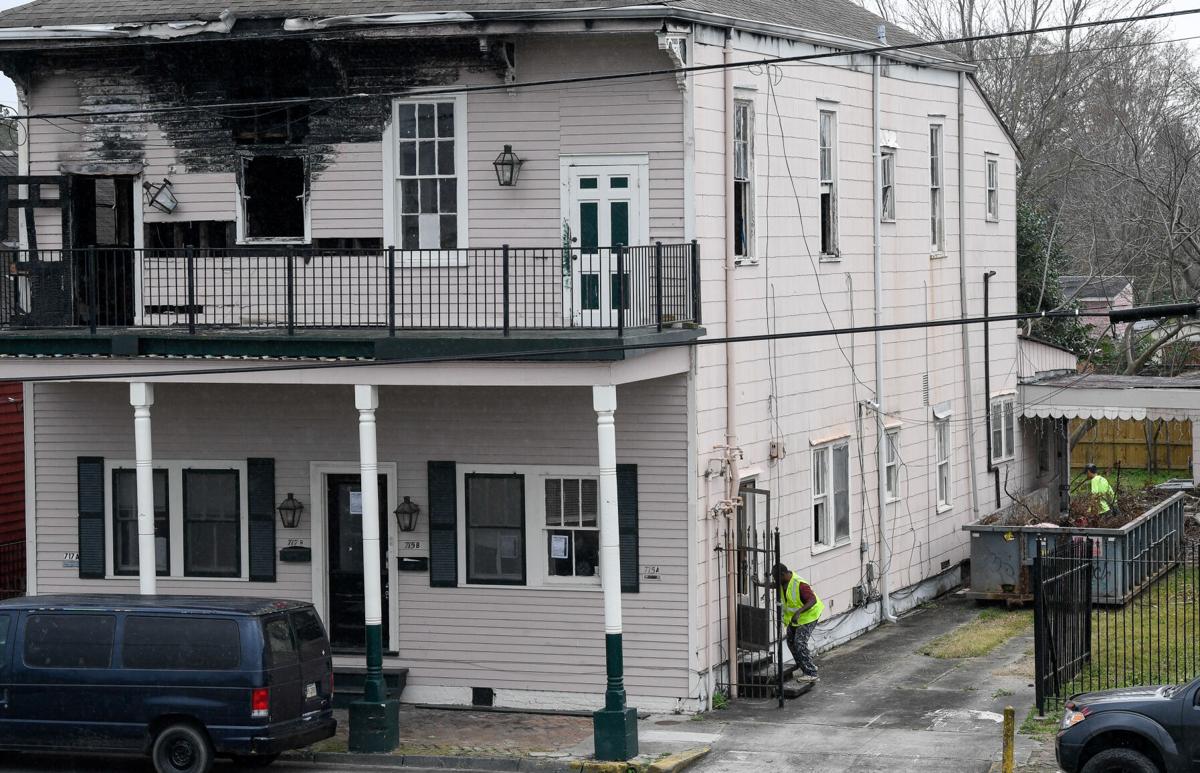 Work crews can be seen cleaning up a two-story building on Patterson Road on Algiers Point that was damaged by fire in New Orleans, La. Tuesday, Jan. 26, 2021. The building is owned by State Sen. Troy Carter. (Photo by Max Becherer, NOLA.com, The Times-Picayune | The New Orleans Advocate) 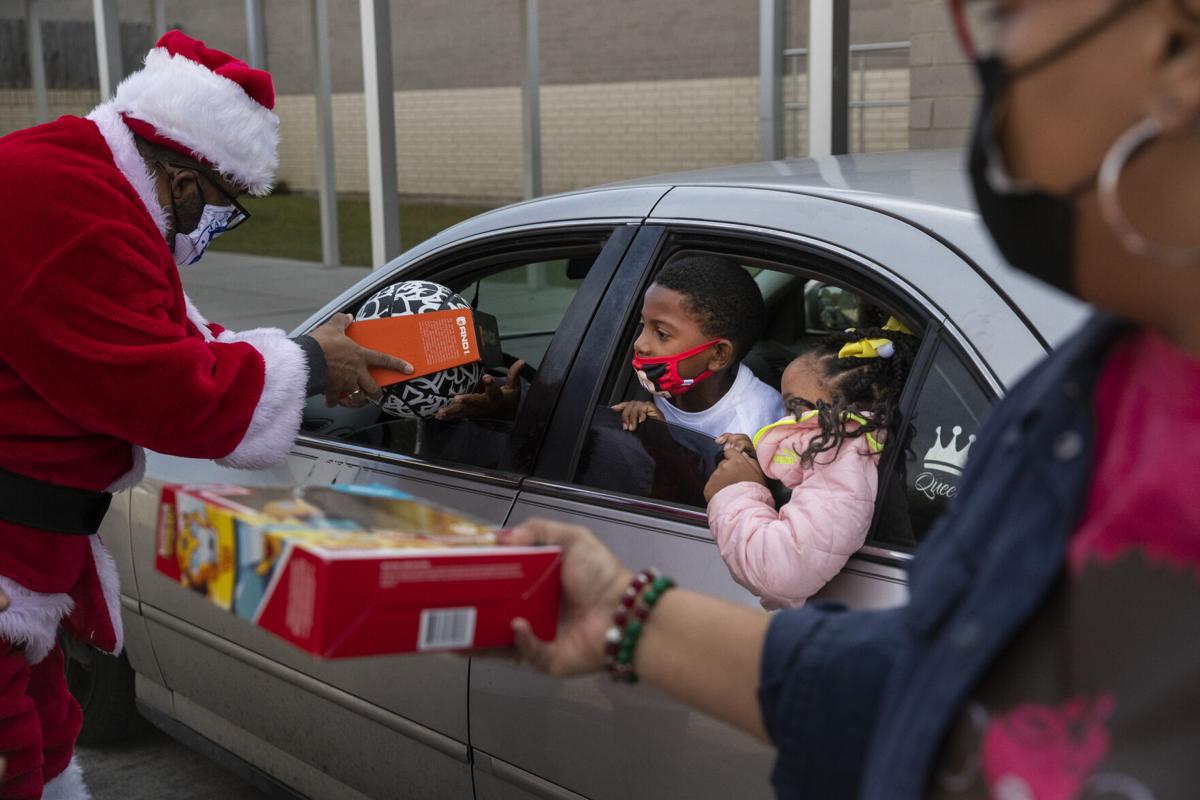 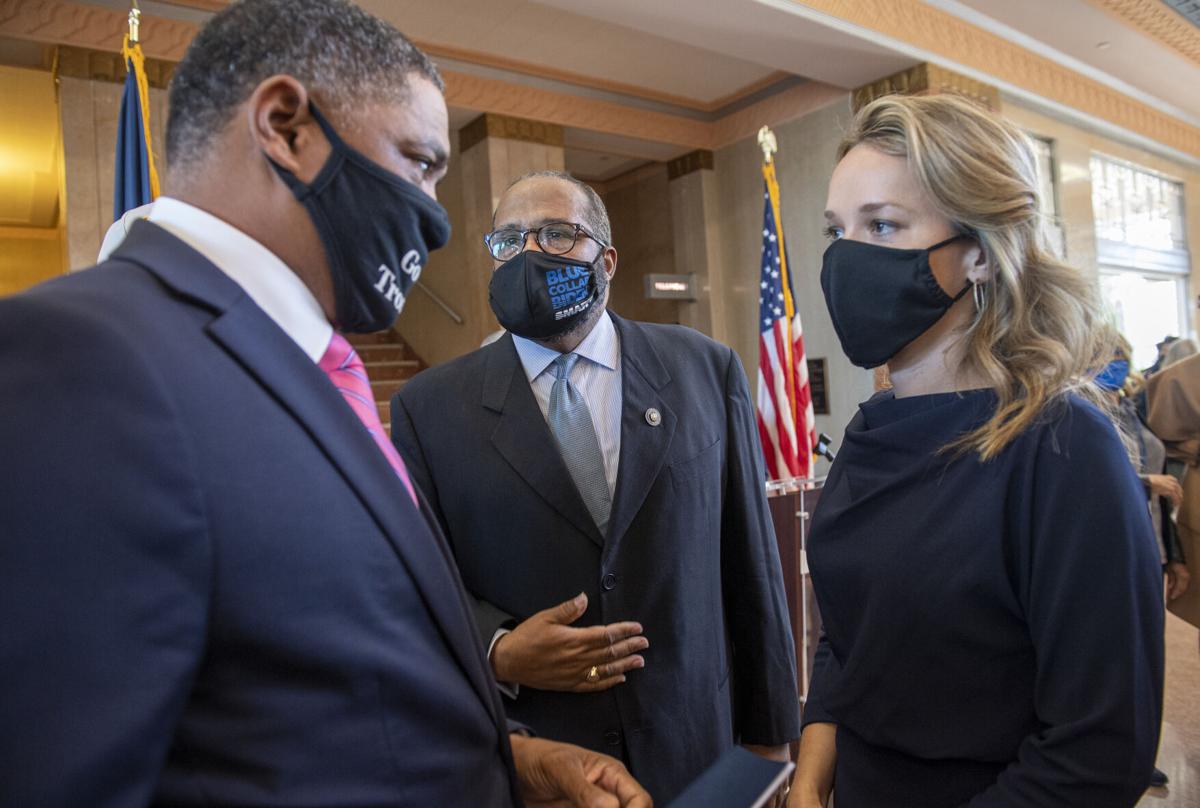 State Sen. Troy Carter is photographed in his office fin New Orleans, La. Tuesday, Jan. 26, 2021. Carter is running for Louisiana’s 2nd Congressional District seat which was vacated by Cedric Richmond after he left to be part of President Joe Biden’s administration. (Photo by Max Becherer, NOLA.com, The Times-Picayune | The New Orleans Advocate)

Work crews can be seen cleaning up a two-story building on Patterson Road on Algiers Point that was damaged by fire in New Orleans, La. Tuesday, Jan. 26, 2021. The building is owned by State Sen. Troy Carter. (Photo by Max Becherer, NOLA.com, The Times-Picayune | The New Orleans Advocate)

Troy Carter appeared on the cusp of being elected mayor of New Orleans in 2002. He was young, handsome, and well-known to voters, having spent the previous eight years on the City Council. He raised more money than the other candidates, and he reeled in prominent endorsements. But he finished a disappointing fifth in a race won by businessman Ray Nagin.

In 2006, Carter was one of several candidates who challenged U.S. Rep. Bill Jefferson, who was badly wounded by a corruption scandal. Again, he finished fifth and wound up spending more than a decade out of elected office.

Carter earned a second act when he won election to the state Senate in 2015. Now 57, Carter appears to have his last best shot to win higher office as he campaigns to replace Cedric Richmond in a congressional district designed a decade ago to elect a Black Democrat, such as himself. Consisting of 10 parishes, it includes most of New Orleans and the west bank of Jefferson Parish and stretches up the Mississippi through the river parishes into north Baton Rouge, including Southern University.

Carter’s voting record and campaign priorities put him solidly within the liberal wing of the national Democratic Party, but he also espouses the belief popular with conservatives that it’s important to create opportunities for people so they can lift themselves up without government aid.

Over the past five years in the state Senate, Carter’s signature issues have been to increase the minimum wage and prohibit discrimination against gays and lesbians. Along with other Democrats, he voted for the sales tax increases sought by Gov. John Bel Edwards to plug the state’s budget deficit.

As he runs for Congress, Carter’s priorities include ensuring that coronavirus vaccines reach poor communities, supporting a massive infrastructure bill to rebuild highways, bridges and sewer systems, eliminating up to $50,000 in federal loan debt per student and increasing spending on early childhood education programs.

Carter would have voted to impeach President Donald Trump because “the Jan. 6 insurgence instigated by his very hate-speak is something that I will always hold as un-American. It’s not what this country stands for.”

The criticism most often heard about Carter is that he lacks substance.

Asked Friday whether he supports the Green New Deal – which is championed by such progressives as U.S. Rep. Alexandria Ocasio-Cortez but is decried by oil and gas industry supporters – he blandly called it “a great framework” and said he wants to move away from fossil fuels. But he made no attempt to drill down and explain why he doesn’t fully embrace the ambitious plan and or specify what government officials should do to promote renewable energy.

Early voting in the special election began on Saturday and ends this Saturday. The primary is on March 20.

Political insiders expect Carter to finish first or second and win a spot in the runoff against either state Sen. Karen Carter Peterson, also a New Orleans Democrat, or Claston Bernard, a small businessman in Gonzales who has been endorsed by the Louisiana Republican Party. Gary Chambers Jr., a Democrat and Baton Rouge activist and advocate who has a compelling message and a huge social media following, could claim a place in the runoff.

Carter is running for Congress as a problem-solver who gets things done because he works well with others.

He said he learned these traits growing up in Algiers as the youngest of six children born to a mother who returned to school in her 30s to graduate from Xavier University and went on to become a teacher. Carter had little contact with his father.

Carter followed his mother in graduating from Xavier. He then spent three years as a lobbyist for then-New Orleans Mayor Sidney Barthelemy. In 1991, he was elected to the state House, and in 1994, he knocked off incumbent Jackie Clarkson to claim the District C seat on the City Council, representing Algiers and the French Quarter.

Asked about his eight-year tenure on the council, Carter said he is proudest of sponsoring an ordinance to ban large tourist buses from the French Quarter, another ordinance that established rights for domestic partners and helping persuade executives from Walmart to build a giant store in Algiers.

After he left the council in 2002 following his poor finish in the mayor’s race, Carter began working full-time as a consultant for clients seeking help navigating government. He said he continued to remain active civically in the private sector, chairing the Downtown Development District, chairing the Boys and Girls Club of Southeast Louisiana and organizing an annual free Thanksgiving meal in Algiers.

In 2015, he won election to a Senate district that includes Algiers and also Terrytown and Gretna in Jefferson Parish. The father of two sons – one at Xavier, the other at Howard – Carter lives with his second wife in the gated English Turn neighborhood.

During his five years in the Senate, he has been among a handful of legislators, all Democrats, to vote against pro-life legislation. In 2020, Carter sided with trial lawyers when he voted against a measure that business groups said would lower car insurance rates by limiting lawsuits. Gov. John Bel Edwards vetoed the bill, saying he didn’t believe it would reduce rates.

Carter’s efforts to raise the minimum wage and prohibit discrimination against gays and lesbians have failed each year in the Republican-majority Legislature, as have his efforts to win release for geriatric non-violent criminals and to prohibit gun sales to anyone under 21. The current age limit is 18.

Carter has passed legislation that provides legal immunity for anyone who breaks into a car to try to save a child or pet that has been left inside and seems in distress. Another piece of legislation that became law prohibits anyone from tethering a dog or cat in advance of a hurricane. Carter said he has two dogs named Beaux and Millie and a cat named Milo.

In February, Carter was denounced by neighbors of a house he owns on Algiers Point that had fallen into disrepair after a fire 18 months earlier. Carter blamed the city permitting process for delaying the work, which is now underway.

Carter said he has won the endorsements because he mixes well with his co-workers.

Asked if he was drawing a contrast with Peterson, who has had fractious relations with her legislative colleagues, Carter replied, “Sure.”