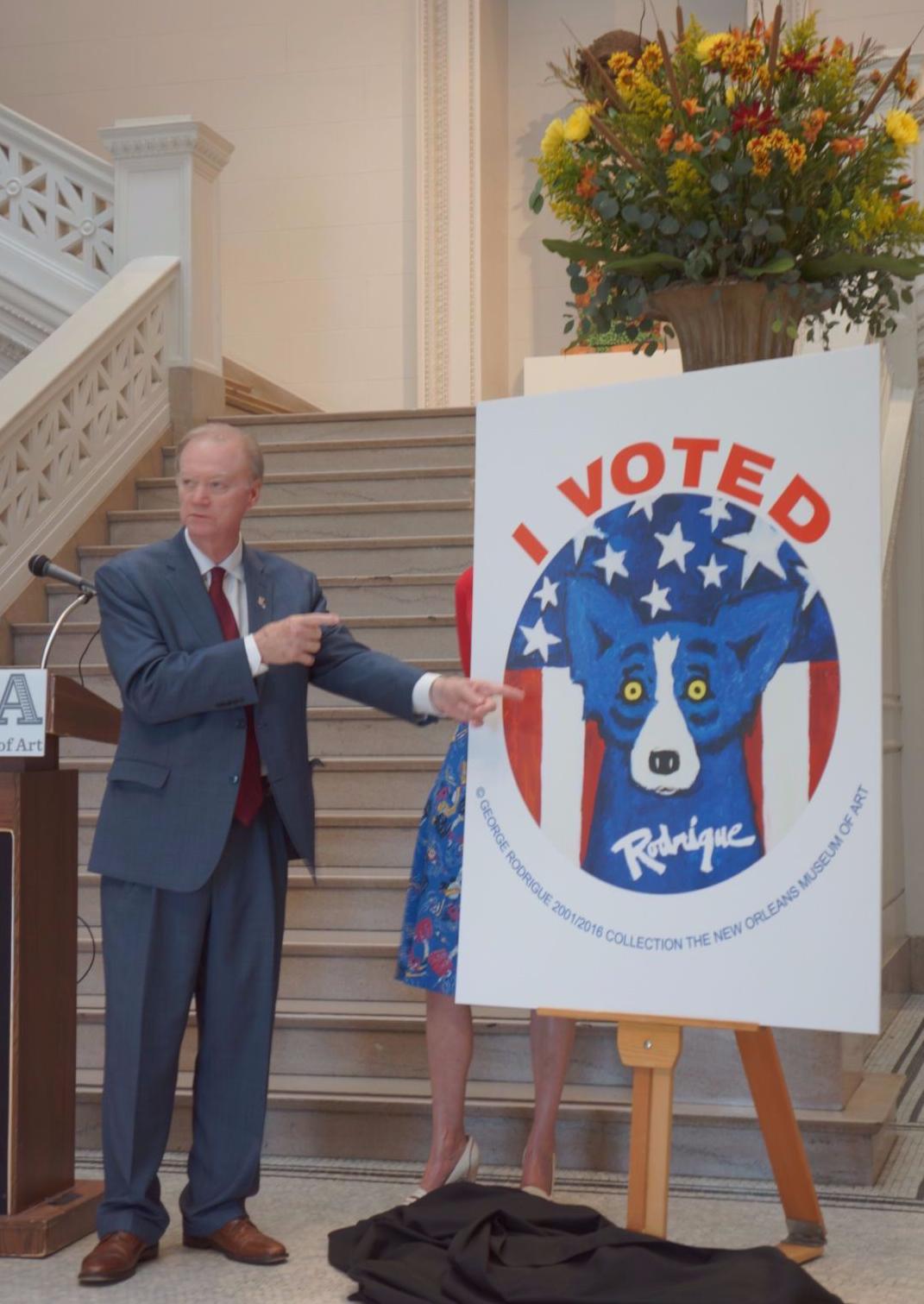 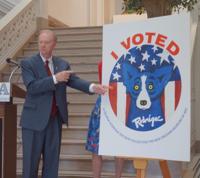 Louisiana Secretary of State Tom Schedler, at the New Orleans Museum of Art, unveils the new 'I voted' sticker 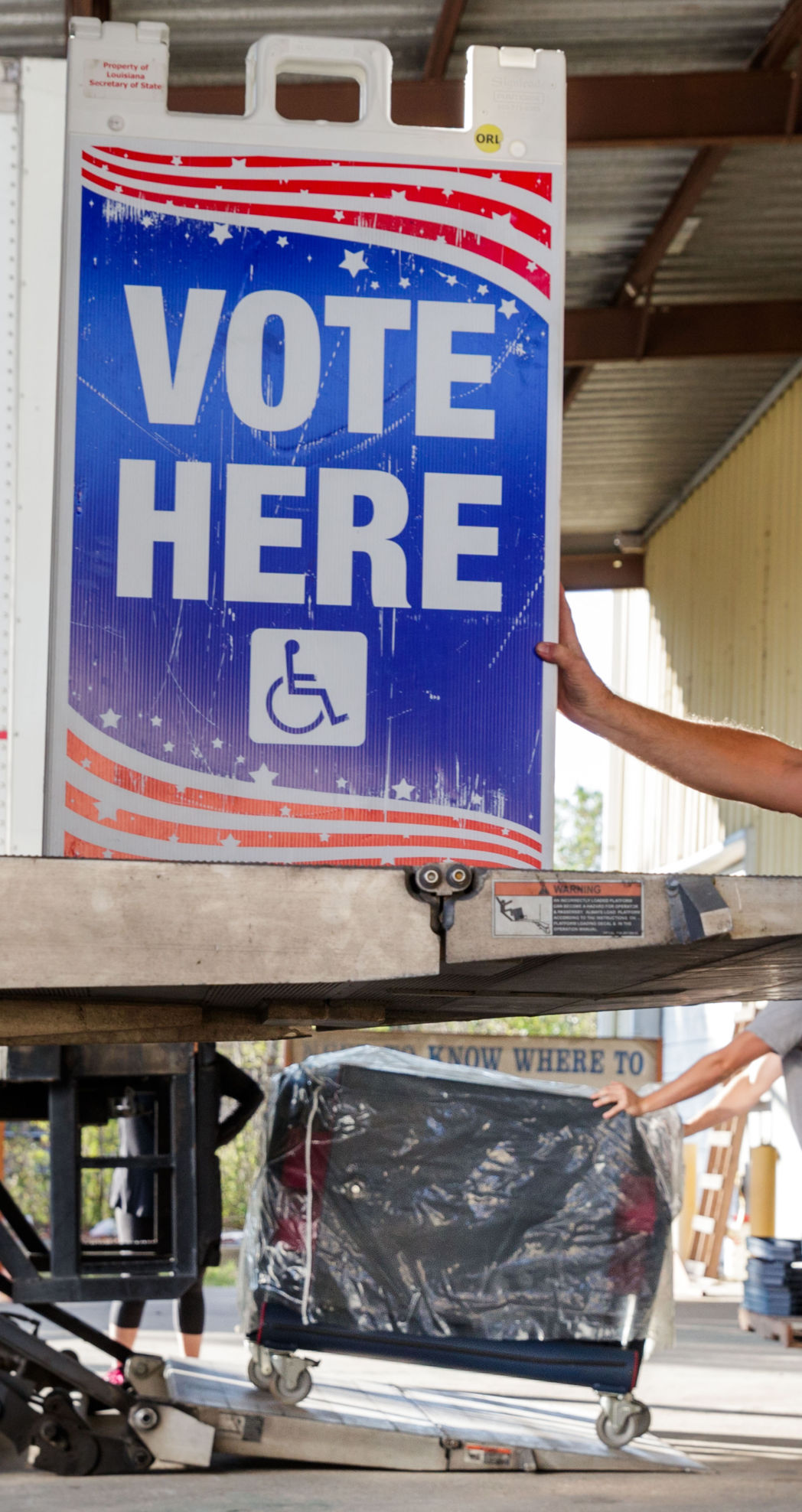 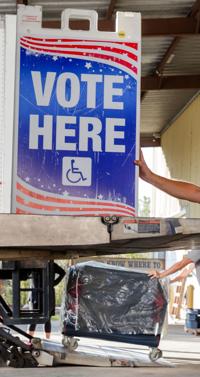 Trucks are loaded with voting booths and signs for polling locations at the Louisiana Voting Machine Warehouse in New Orleans, Friday, Nov. 17, 2017.

Louisiana Secretary of State Tom Schedler, at the New Orleans Museum of Art, unveils the new 'I voted' sticker

Trucks are loaded with voting booths and signs for polling locations at the Louisiana Voting Machine Warehouse in New Orleans, Friday, Nov. 17, 2017.

Louisiana is looking for new voting machines and a new way to vote.

The Secretary of State’s office is seeking proposals to replace voting machines across the state and for software that will create a paper ballot on those machines that the voter can review before casting the vote.

“It takes away the perception that the machine switched the votes,” Secretary of State Tom Schedler said Tuesday.

It's highly unlikely that vote switching could happen. But recent incidents, such as news that someone hacked into voter registration lists or that Russia may have interfered with elections, have led many to worry about possible computerized tampering at the ballot box. The system Schedler seeks would create a paper trail that would allow officials to go back and physically count the ballots cast.

That seems to be what the public is demanding these days and about 30 states now are using some form of paper ballots, Schedler said.

Currently, the voting machines, which are 10 to 13 years old, collect ballots on an encrypted tape. The new machines would be smaller and lighter, more like a large iPad, meaning the precinct polls would take up less space.

'Drastic change' coming as Louisiana shifting to iPad voting, and it won't be cheap

But the real change would be a feature that would allow the voter to see what selections they made before hitting the button to cast the ballot.

The paper ballots would be kept and could be used to audit the votes reported by a particular machine, Schedler said.

It'll cost in the neighborhood of $150 million to replace all the voting machines.

But, he’s unsure how much the new system would actually cost because the agency is awaiting approval from the state Division of Administration of its “request for bid proposals.” Schedler expects to be able to ask private companies in January to send in their proposals explaining how much they would charge for what they would be willing to do.

He said the software would account for about 70 percent of the costs.

Schedler testified before a special hearing of the House & Governmental Affairs committee.