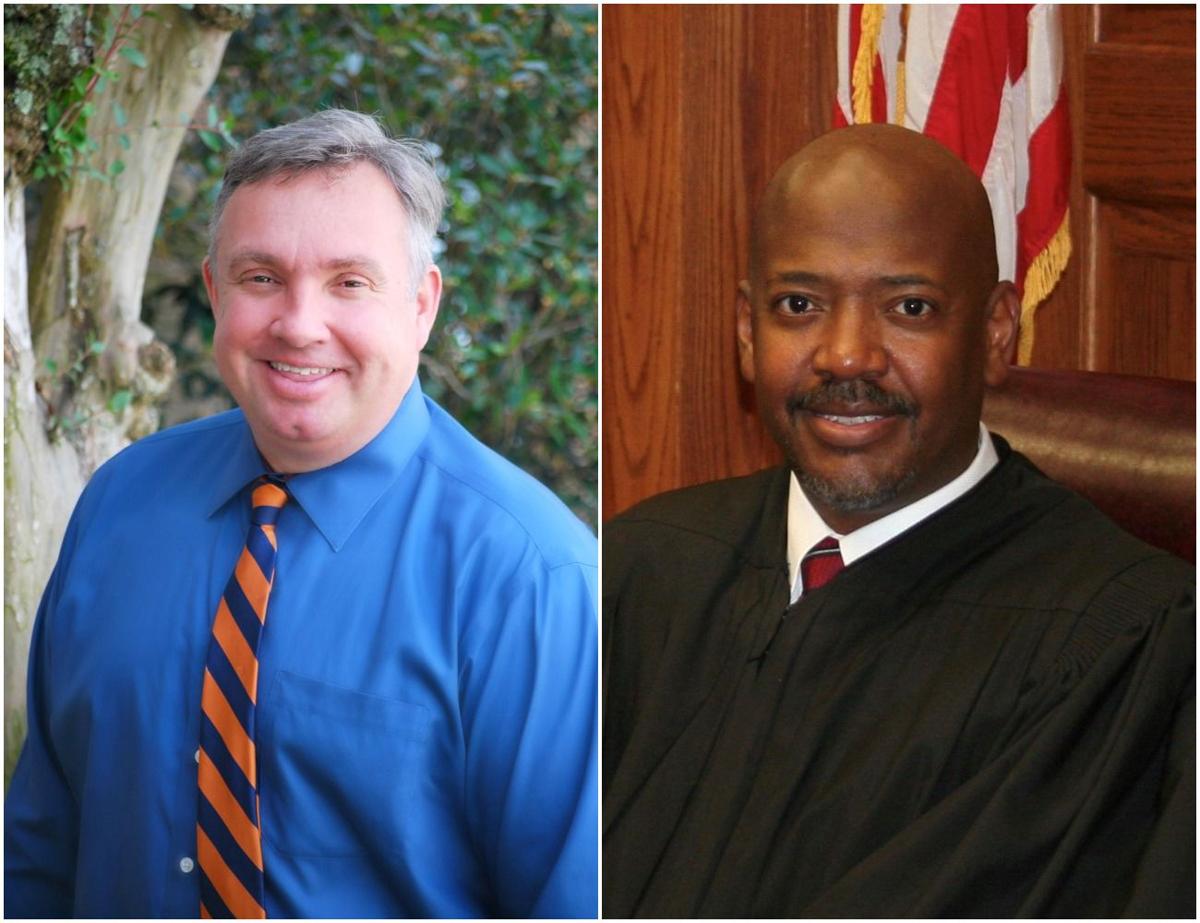 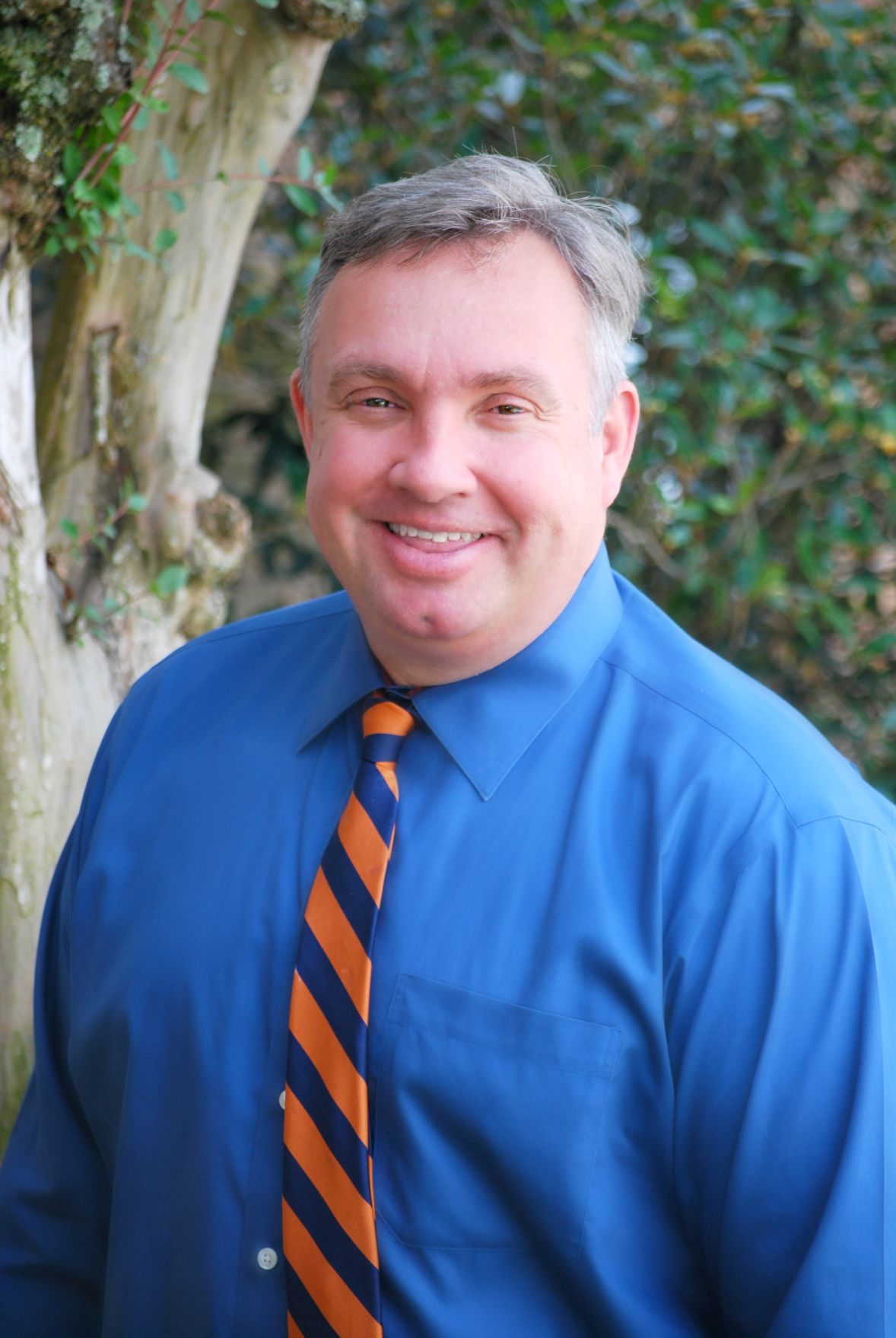 Baton Rouge City Court Judge Tarvald Smith and criminal defense lawyer Beau Brock offer a wealth of experience for voters to consider when they decide this fall which man will take a seat on the 19th Judicial District Court bench.

Brock has spent the last eight years of his legal career in private practice and is a former East Baton Rouge Parish assistant district attorney and former special assistant U.S. Attorney. He also served as regional criminal enforcement counsel for the Environmental Protection Agency's Baton Rouge office and is a former special assistant to the secretary of the Louisiana Department of Environmental Quality.

Smith, a 49-year-old Democrat who has held a law license since 1996, feels his judicial experience makes him "well suited" to move up — and next door — to the 19th Judicial District Court.

"Judges affect people's everyday lives. You want someone there who's a proven judge, firm and fair," Smith said Wednesday at his City Court office.

"The people who come before me — I don't look at party affiliation," Smith added.

Brock, a 52-year-old Republican who earned his law license in 1991, said he believes his courtroom experience as a felony prosecutor and defense lawyer uniquely qualifies him to sit as a state district judge East Baton Rouge Parish.

"I don't know how more balanced I could be," he said during an interview at the 19th Judicial District Courthouse.

"The bottom line is that my experience on both sides of the law makes me an excellent candidate to know how the law works and how to serve our community with fairness, dedication and justice," Brock said.

Smith and Brock are running for the district court seat vacated by Judge Todd Hernandez, who retired March 31.

Whoever wins the Oct. 12 special election will fill the remainder of Hernandez's term, which expires at the end of 2020. Another election will be held in the fall of 2020 for a full six-year term on the court.

The judicial subdistrict in which Smith and Brock are campaigning encompasses Baker, Zachary and Central, as well as some areas in Baton Rouge, including parts of Broadmoor and Sherwood Forest.

There are roughly 97,000 registered voters in the subdistrict, and Smith and Brock said they're trying to reach all of them.

The calendar for the primary on Saturday, Oct. 12, includes the LSU-Florida and Southern-Prairie View football games in Baton Rouge, so Smith and Brock are urging voters not to ignore their civic duty to vote.

Early voting is Sept. 28 through Oct. 5, with the exception of Sunday, Sept. 29. Smith and Brock said that week will be key to the election.

Smith, whose wife passed away two years ago, said he nearly decided not to throw his hat in the ring but was persuaded by friends in the legal community to do so.

Brock said he considers himself and Smith friends and wishes they weren't running against each other, but said he too wants to serve the community.

"Public safety for our community needs to be a paramount concern for the court," he said. "I don't want victims of crime to believe that they're forgotten and don't have a voice."

"Many families in our community have lost confidence in the judicial system itself," he said. "If elected, I intend to hear their voices as well."

Smith said he's been exposed to some great people and mentors over the years, including former Judges Freddie Pitcher and Curtis Calloway, and the late Ralph Tyson, who was the first black person to serve on the federal bench in Baton Rouge.

"I saw myself following in those men's footsteps," Smith said.

He says his judicial service is what separates him from his opponent.

"I have been in a position to judge people … and make an assessment of them in the criminal justice system," Smith said, adding that assessing people is a strength of his that allows him to craft appropriate sentences, which sometimes involves giving someone a second chance.

Smith was reelected last year to the City Court until 2024, so a special election would have to be held for that seat if he wins the 19th Judicial District Court election.