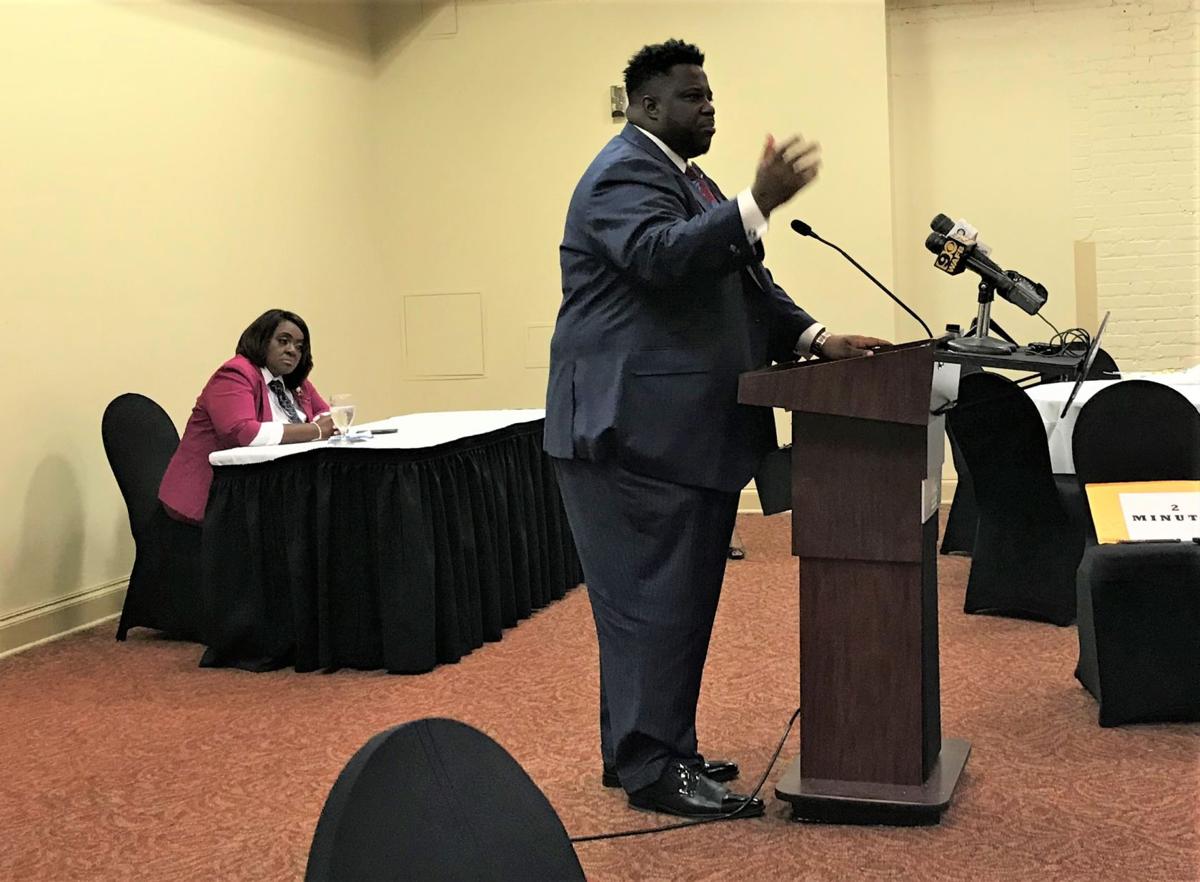 Democratic Senate candidate Gary Chambers addresses the Press Club of Baton Rouge during a forum, Monday, Oct. 7, 2019, with state Sen. Regina Barrow, D-Baton Rouge, who he is trying to replace. 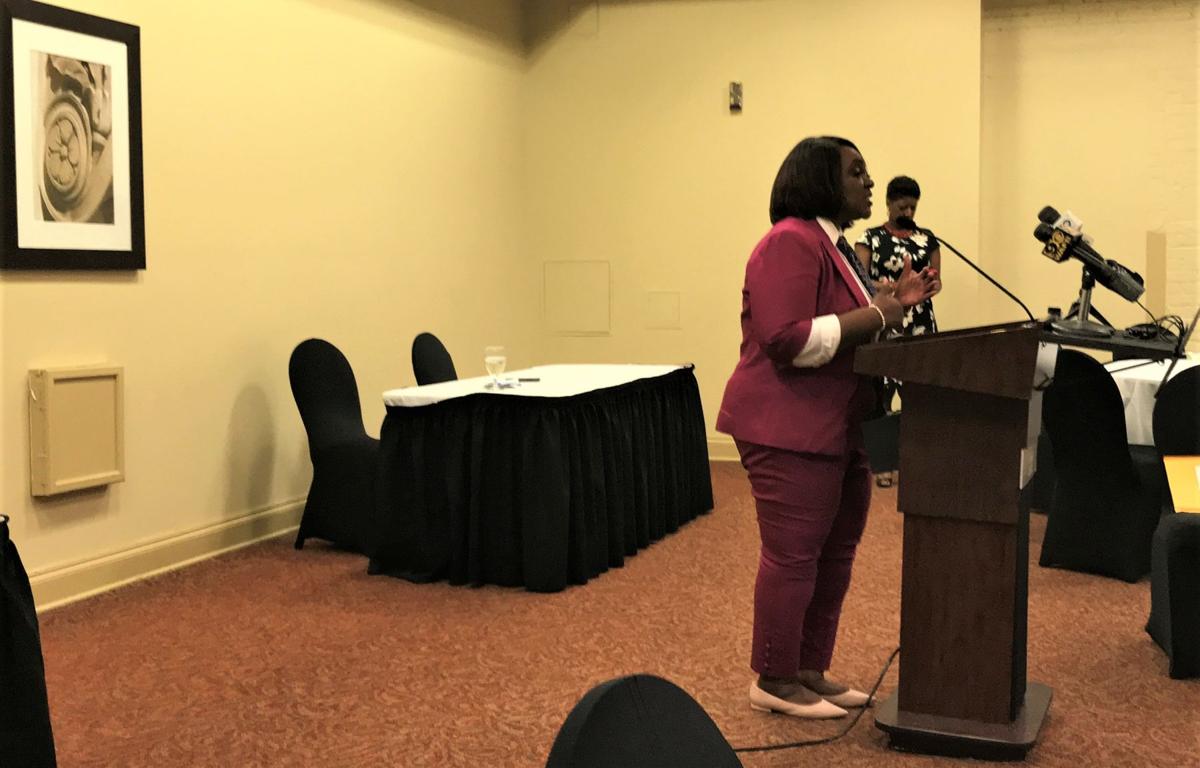 State Sen. Regina Barrow, D-Baton Rouge, makes a point during a forum Monday, Oct. 7, 2019, with challenger Gary Chambers ahead of the Oct. 12 primary.

Democratic Senate candidate Gary Chambers addresses the Press Club of Baton Rouge during a forum, Monday, Oct. 7, 2019, with state Sen. Regina Barrow, D-Baton Rouge, who he is trying to replace.

State Sen. Regina Barrow, D-Baton Rouge, makes a point during a forum Monday, Oct. 7, 2019, with challenger Gary Chambers ahead of the Oct. 12 primary.

State Sen. Regina Barrow and challenger Gary Chambers disagreed Monday on how to repair public schools, whether the economy in north Baton Rouge is on the upswing and the merits of legalizing recreational marijuana.

The candidates, both Democrats, shared a forum at the Press Club of Baton Rouge five days before the Oct. 12 primary.

Chambers said he favors the abolition of the state Board of Elementary and Secondary Education, which sets policies for about 720,000 public school students statewide. He said there is too much money involved in BESE politics – seven of 11 seats are on Saturday's ballot – and that major contributions by single donors like Baton Rouge businessman Lane Grigsby helps point up the problem.

Barrow said that, while she does not favor abolishing BESE, she would back a "total reconstruction" of the board. She said the panel has a habit of changing academic standards in a way that, once children meet the latest benchmarks, the bar is raised again "and those schools become failing schools."

Major changes in BESE would necessitate a constitutional amendment, which requires the support of two thirds of the Legislature and a majority of voters statewide.

Senate District 15 includes a big part of north Baton Rouge from the Pride-Port Hudson Road to Interstate 12 in some parts.

In 2015, as Regina Barrow ran for the state senate post left vacant by Mayor-President Sharon Weston Broome, she won an endorsement from an Af…

Chambers, who is publisher of the online publication called the Rouge Collection, said state officials need to be more aggressive about pursuing economic development.

"That will be my mission and mindset," he said. "I won't wait for business to come. I am going to get them."

Barrow cited funding for the Baton Rouge North Economic Development District, which she said can help attract new businesses and aid existing ones. "I believe that we are already on the way," she said.

Barrow said that, while she backed the legalization of medical marijuana, she opposes doing the same for recreational marijuana. "There are too many things we do not know now, that we have not been able to work out," she said.

Gary Chambers is not one to shy away from a conflict.

He said that, if a middle-aged white man can make money selling pot in Colorado "then the state of Louisiana needs to wake up and legalize marijuana."

Some critics say marijuana is a "gateway" to other, more dangerous drugs.

Both candidates were asked what they could do if voters on Saturday approve the incorporation of the St. George community in southeast East Baton Rouge Parish.

Barrow said that, if the incorporation push wins approval, a variety of lawsuits will delay implementation.

Said Chambers, "I think the city of St. George is legalized segregation. That is what it is."

Both candidates supported how Gov. John Bel Edwards, a fellow Democrat, handled the dismissal of former aide Johnny Anderson, who was accused of sexually harassing a subordinate.

A Republican-backed group is running a television ad in which the woman says Edwards "didn't care."

The governor has said that, once he learned of the allegation, Anderson was quickly dismissed.

Chambers said that, while allegations of sexual harassment have to be taken "extremely seriously," Edwards did just that in firing Anderson.

Barrow said voters "need to be careful how they see things" and that "everything is not as it appears."

Asked about generating new state revenue, Barrow said she is awaiting the results of legislation she sponsored in 2017 on how tax exemptions and rebates are working – the first such review in about 50 years.