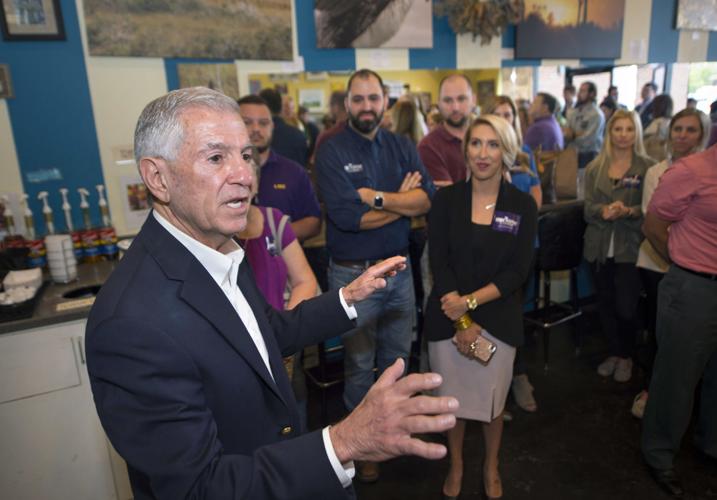 Republican gubernatorial contender Eddie Rispone speaks after being greeted by supporters at Rue Beignet in Baton Rouge, on the first stop of his statewide, get-out-the-vote tour, Thursday, Oct. 10, 2019. 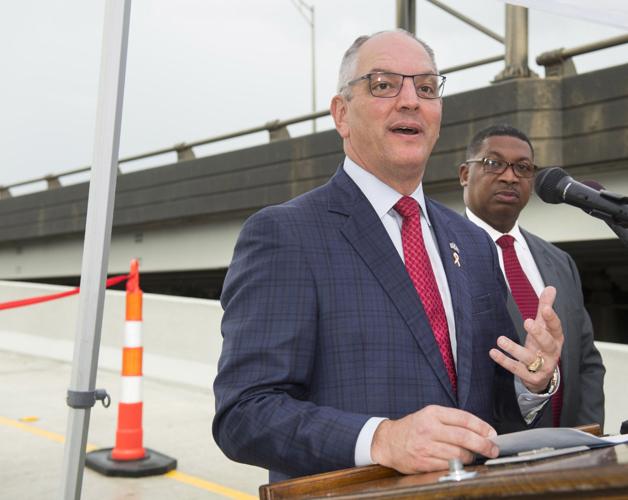 Republican gubernatorial contender Eddie Rispone speaks after being greeted by supporters at Rue Beignet in Baton Rouge, on the first stop of his statewide, get-out-the-vote tour, Thursday, Oct. 10, 2019.

Both candidates are tied at 47 percent, according We Ask America’s survey of 600 registered voters who said they were likely to participate in the Nov. 16 runoff election. Six percent of likely voters were still undecided, according to the data.

Using a blend of automated calls to landlines and live-operator calls to 180 cell phones between Oct. 14 and Oct, 16, the poll has a margin of error of plus or minus 3.99% and a confidence level of 95%.

We Ask America gave the results first to The Washington Times, a right-wing newspaper in Washington, D.C., which reported the poll Friday.

The poll showed that 52% of those surveyed believe Edwards deserves reelection, but those feelings aren’t “translating completely to the ballot.” In the head-to-head matchup with Rispone, just 37% of the voters say Edwards is deserving of a second term. “Simply put, voters may like Edwards, but aren’t sold on voting for him,” the survey says.

Edwards came about three percentage points, roughly 40,000 votes, shy of winning reelection outright in the Oct. 12 primary. Rispone got 27 percent of the vote and his fellow Republican challenger, U.S. Rep. Ralph Abraham, collected 24 percent of the 1.3 million ballots cast, which was 45.3% of the registered voters.

Running for his first public office, Rispone spent about $11.5 million, mostly from his own pocket and mostly on television advertising. Rispone did very little of the traditional campaigning and has steadfastly refused to detail his plans for Louisiana. Rispone paid $31.22 on each of the 368,319 votes he received.

The survey indicates that the telling factor in the Louisiana runoff election probably will be President Donald Trump. “Overall, 59% of Louisiana voters approve of the job he is doing as president, versus 37% who disapprove. A massive 92% of self-identifying Republicans approve of his job performance,” according to We Ask America.

About half dozen polls from the last week show 54% of the nation disapprove of Trump, on average, and 41.5% support the president, according to a compilation by FiveThirtyEight, a respected website owned by ABC News that focuses on opinion poll analysis.

We Ask America’s polls received a C grade and have shown to have a Republican bias, according to FiveThirtyEight’s Pollster Ratings, based on the historical accuracy and methodology of each firm’s polls. Past We Ask America polls have proved to be 83% accurate.