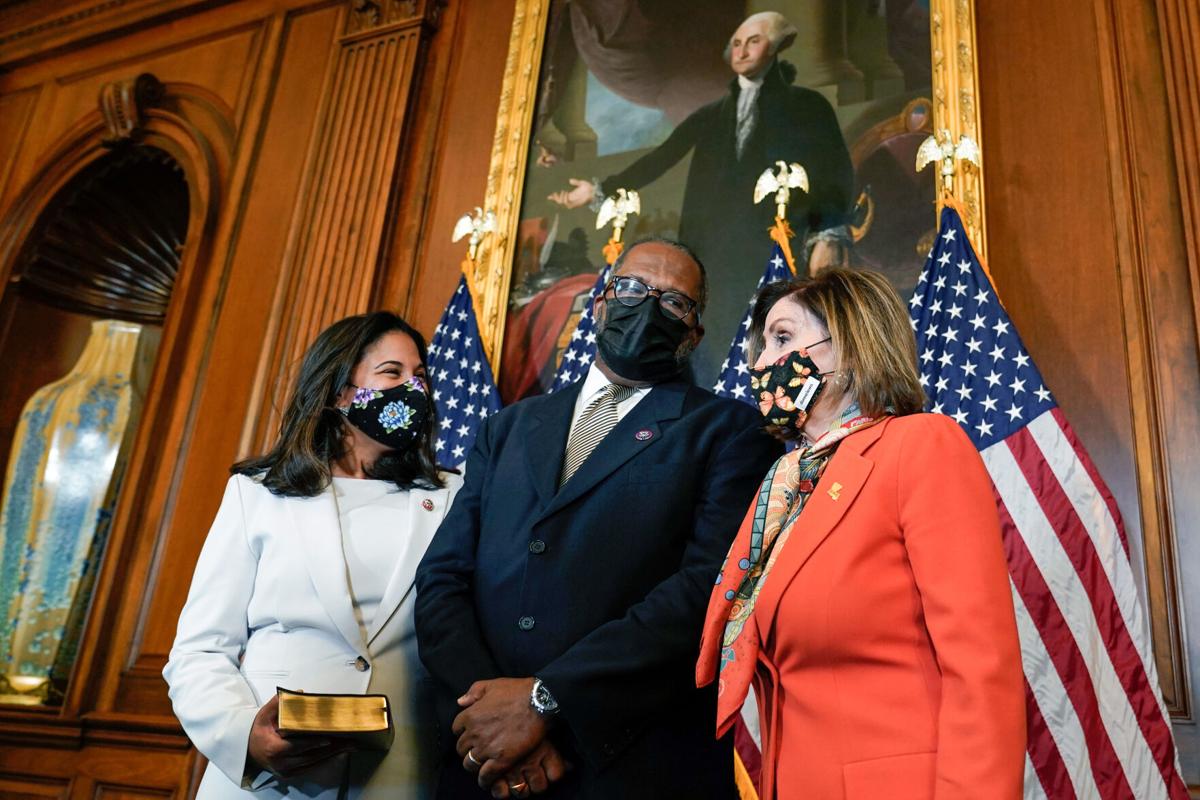 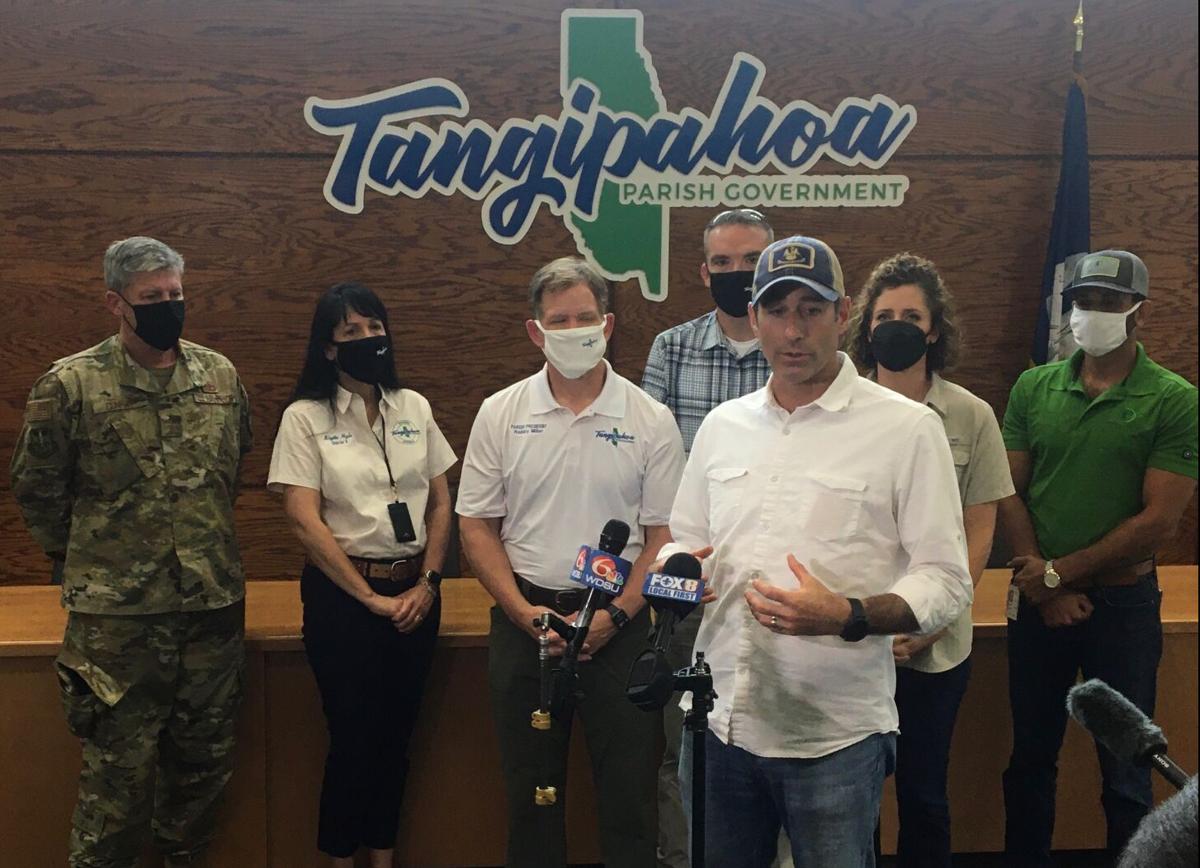 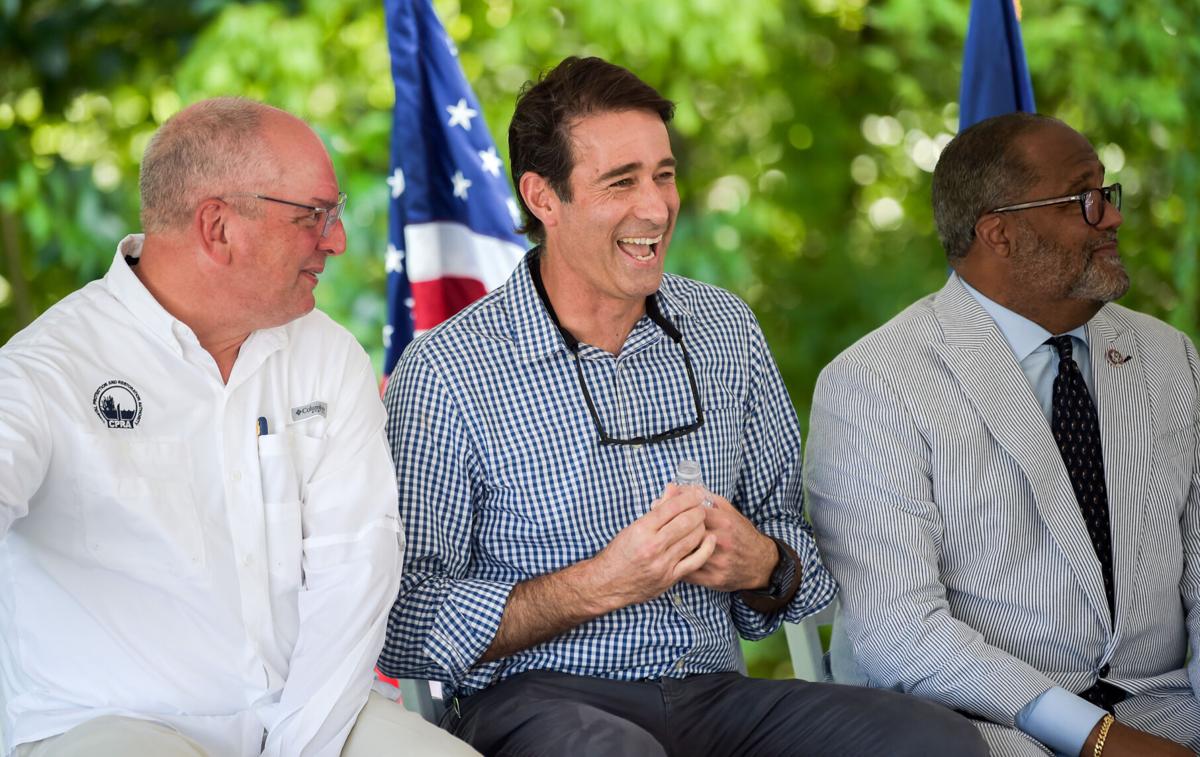 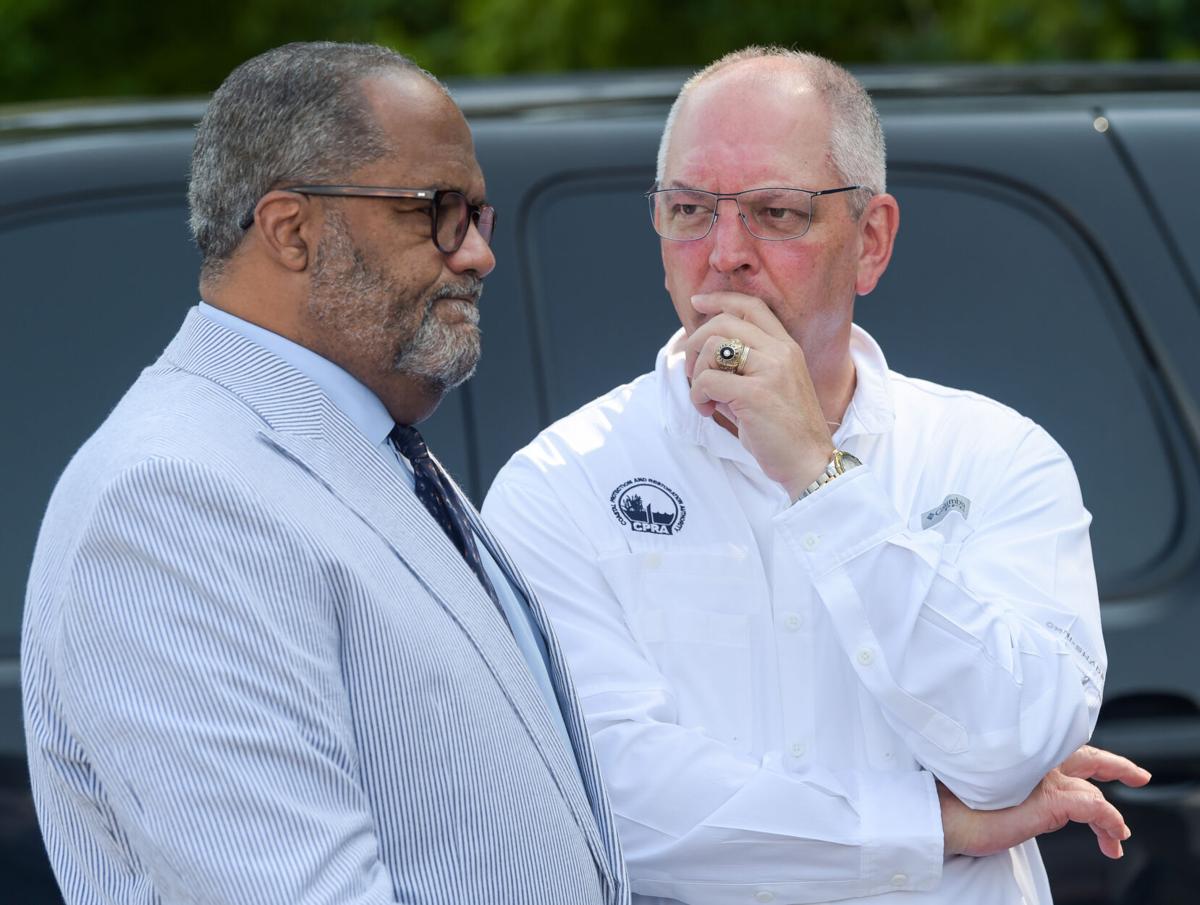 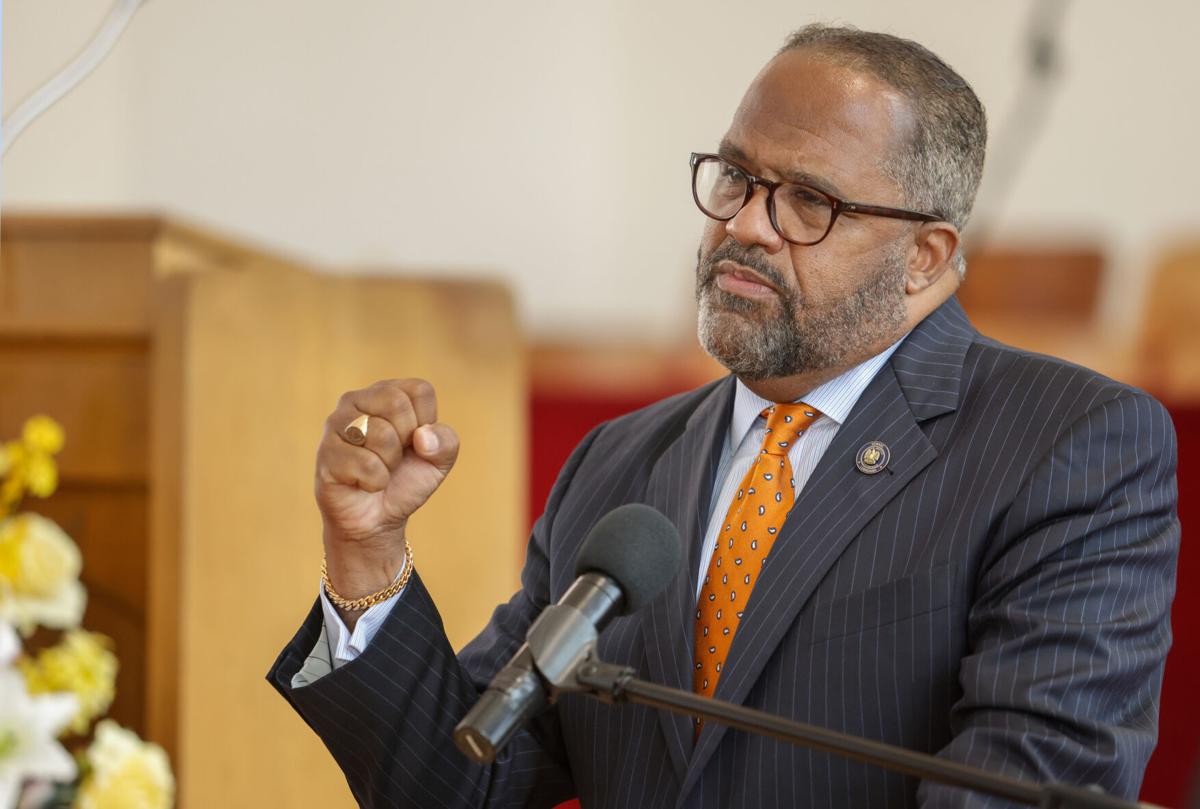 A coalition of major civil rights organizations demanded Monday that Louisiana legislators redraw election districts to increase the chance that a second Black person can be elected to Congress.

The groups, led by the NAACP Legal Defense & Educational Fund Inc., targeted Congressional District 5, currently represented by Congresswoman Julia Letlow, R-Start. The letter attached seven different ideas of how some minor alterations would switch the Monroe-based district from one with a substantial White and conservative majority to one where Black people hold a bare majority and thereby have a better chance of electing a less conservative candidate.

Louisiana legislators begin a statewide tour this week to hear from voters in preparation for their February redistricting session.

“We want to make it clear that it is not only possible to create a second (Black majority) district, it’s easy," said Michael Pernick, redistricting counsel for the NAACP Legal Defense and Educational Fund Inc. in New York City.

The letter points out that about a third of Louisiana’s population is Black, but only one of the state’s six members of the U.S. House of Representatives is Black. U.S. Rep. Troy Carter is elected from the 2nd District that packs in as many Black voters as possible, sometimes only one precinct wide, from New Orleans East up the Mississippi River and into north Baton Rouge.

Mark Ballard: Legislature readies to ‘pack and crack’ new districts, but should they?

The exercise is as old as the Republic, but the first thing you need to understand about redistricting is that hot-water cornbread is as ubiqu…

"The state has had only four Black Congresspeople since Reconstruction," the letter said. "This is a direct consequence of the configuration of Louisiana's congressional districts: Black voters are packed into District 2, the state's only majority-minority opportunity district, and Black communities are cracked among the state's five majority White districts (Districts 1, 3, 4, 5, 6)." The majority White congressional districts have never elected a Black candidate. Since 1965, when the Voting Rights Act passed, Louisiana voters have sent 45 Whites to Congress.

The groups sent the letter to state Rep. John Stefanski, R-Crowley, and state Sen. Sharon Hewitt, R-Slidell, who as chairs of each chamber’s governmental affairs committees are in charge of redrawing maps of districts from which voters elect state representatives and senators, members of congress, as well as the Public Service Commission and the Board of Elementary & Secondary Education, and other prominent positions in government.

"We urge the state to fully consider and adopt a congressional map that ensures non-dilution of Black voting strength in Louisiana. Failure to do so may lead to costly litigation," the letter stated.

While welcoming the input, Stefanski said Monday a shot-across-the-bow letter is kind of early as the process is just beginning. "We haven’t done any drawing, any nuts and bolts. Now, we’re just wanting to hear from the public,” he said. He’s a part of a statewide legislative road show that begins Wednesday in Monroe to hear what voters think about redistricting. A forum in Shreveport is scheduled for later in the week. Only after talking to voters and his colleagues will the committees seriously start looking at drawing maps.

Our Views: If you care about an issue — any issue — you should care about redistricting

For all but the most politically attuned, the redistricting process that plays out after every U.S. census isn’t likely to set pulses pounding…

The 2020 Census catalogued a significant shift of population from rural areas, mostly in north Louisiana, to urban areas, mostly in the south. The north Louisiana Congressional seats – Letlow’s 5th District and the Shreveport-based 4th District, currently represented by U.S. Rep. Mike Johnson, R-Bossier City – are being eyed closely. Both north Louisiana districts will need to each find 5% to 7% more registered voters for the six congressional districts to be representing roughly the same numbers of people.

In 2011, redistricting analysts added parishes and parts of towns to keep the percentage of Black voters at about 33%, while extending district lines enough to take in enough population to be roughly equal the other five districts.

Letlow’s sprawling district, which covers all or parts of 24 parishes, includes Monroe in northeast Louisiana, Alexandria in the central part of the state, Opelousas in Acadiana, Amite in the Florida parishes, and Bogalusa at the far eastern part of the state. About 68% of the district’s voters backed Donald Trump in the November 2020 presidential election. Today, 33% of the 5th Congressional District's voters are Black and 63% are White.

In their seven alternatives, the civil rights advocates recommended moving a handful of precincts in parishes, such as Washington and Tangipahoa into nearby districts based in New Orleans and Baton Rouge. Those changes would increase Black voters to about 53% or 54%, depending on the plan.

“If you look across our region, it is the thread of the rural way of life and concerns about issues such as agriculture and education that ties us all together,” said Mitch Rabalais, Letlow’s spokesman. “We hope that the Legislature will keep these ties in mind as they begin this process."

The letter was signed by 32 officials, including former New Orleans Mayor Mitch Landrieu, representing 17 national and local organizations. The groups included: the NAACP Legal Defense & Educational Fund in New York City, the American Civil Liberties Foundation and Campaign Legal Center, both in Washington, D.C.; the Southern Poverty Law Center; the League of Women Voters; the Urban League; Voice of the Experienced, VOTE, the New Orleans-based group that has successfully changed many of the state’s harsh criminal justice laws; the Louisiana Budget Project, the Baton Rouge-based group that advocates for low- and middle-income residents; the Power Coalition for Equity and Justice, a grassroots organization focusing on voting rights; Louisiana Progress; and others.

Mark Ballard: There will be political blood on the floor when drawing new maps for districts

The 81st District is one of the more venerable seats in the Louisiana House of Representatives. And it’s a good example of what’s about to hap…