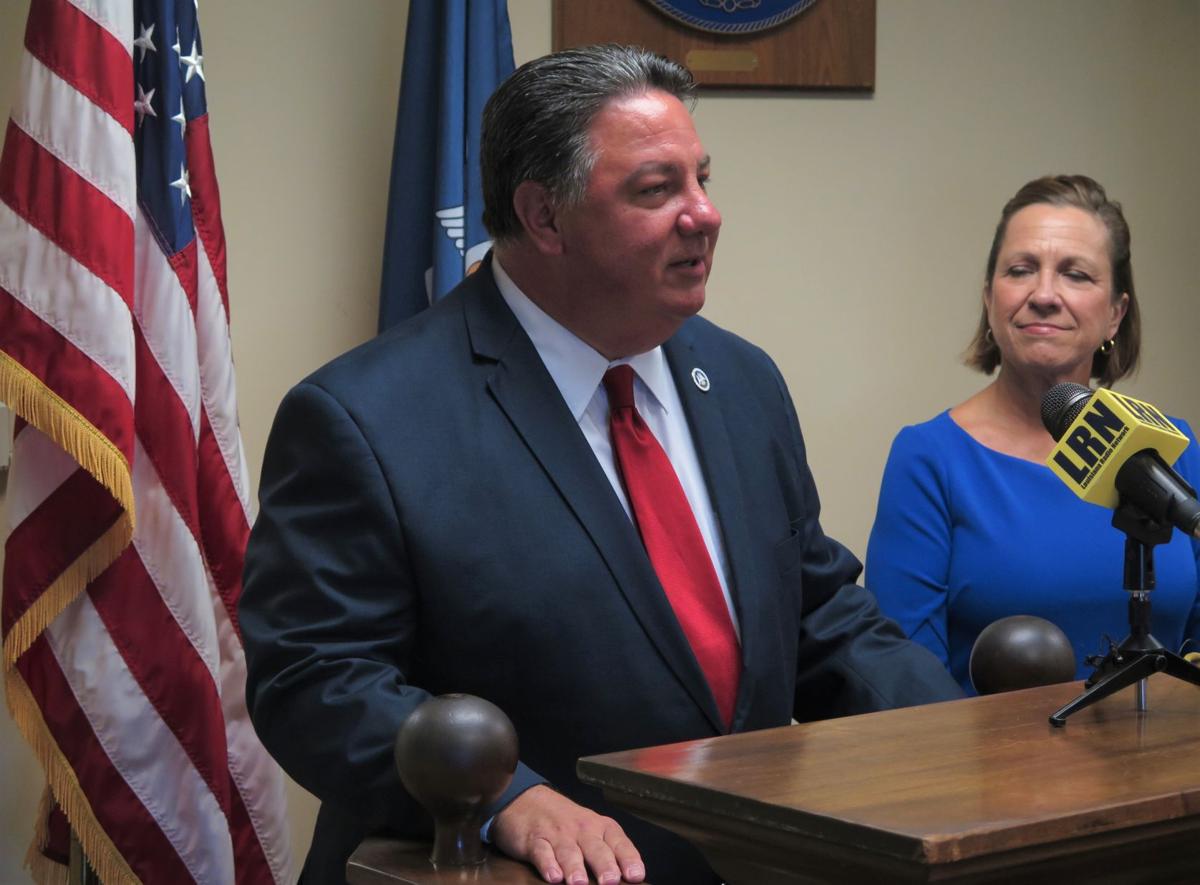 Secretary of State Kyle Ardoin was the first person to qualify for the Oct. 12 ballot. He's hosting the sign-up for candidates, which runs between Tuesday, Aug. 6 and Thursday Aug. 8. 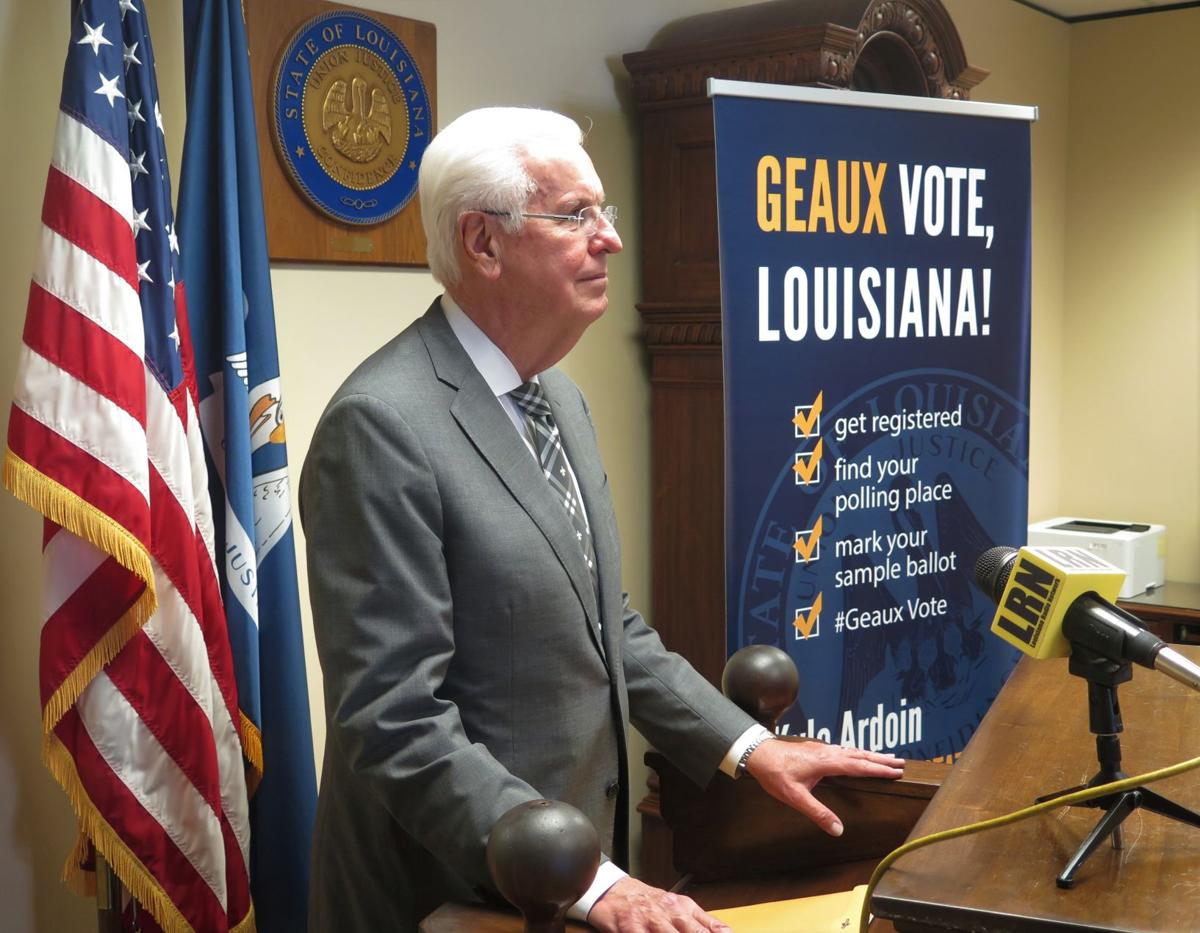 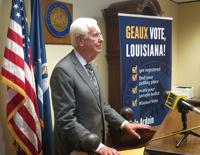 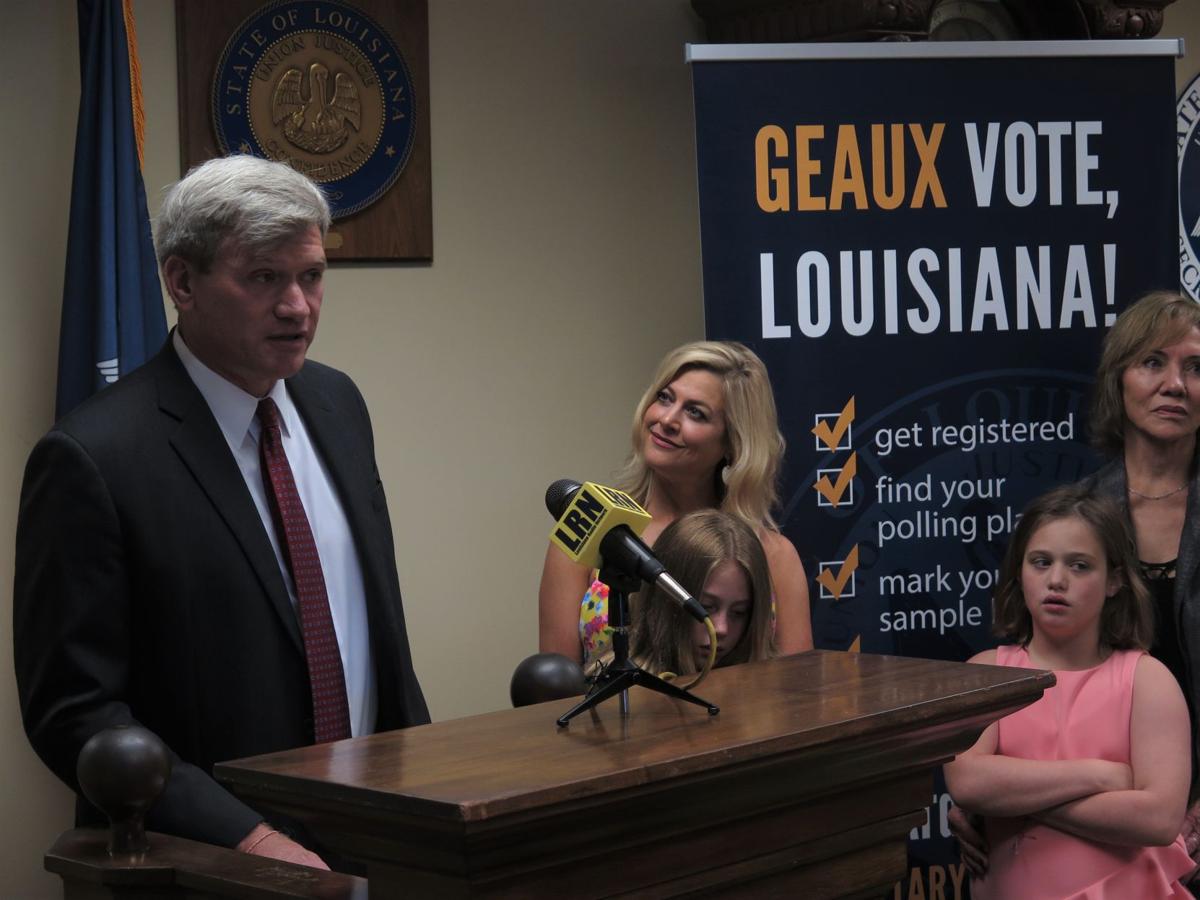 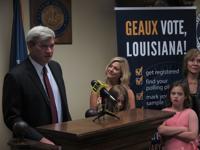 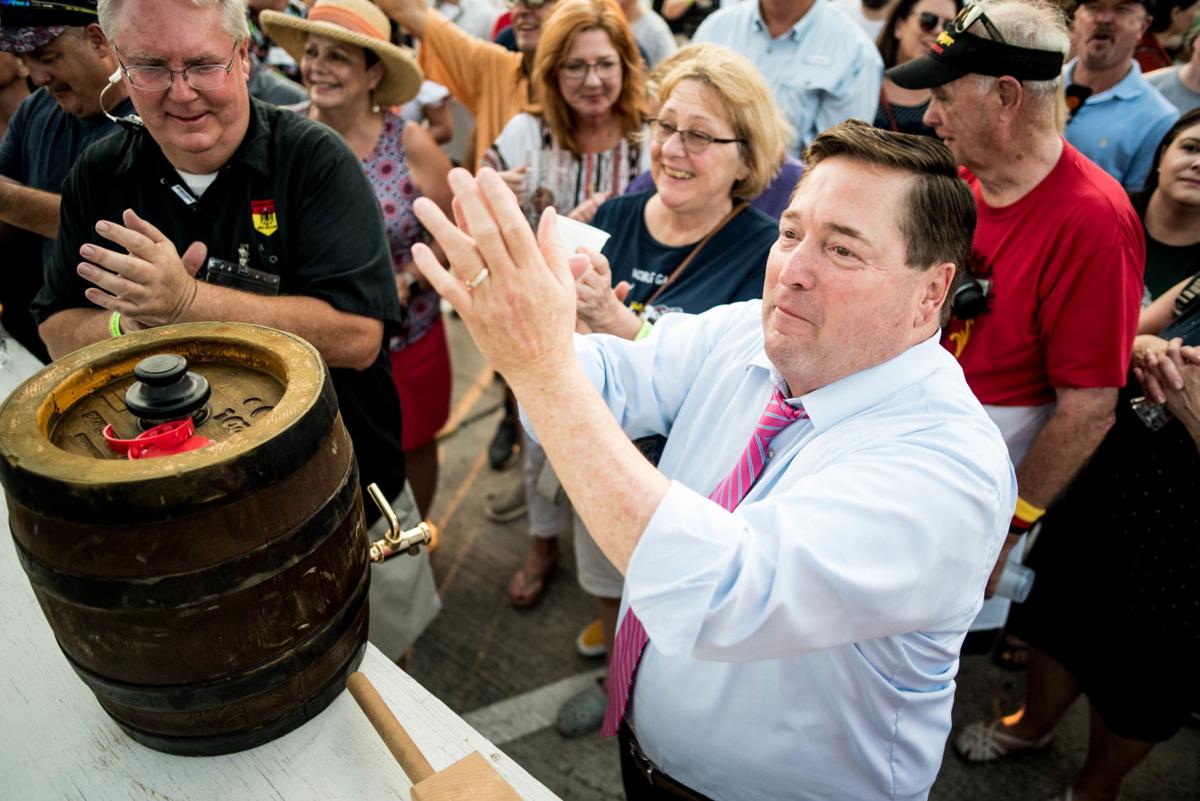 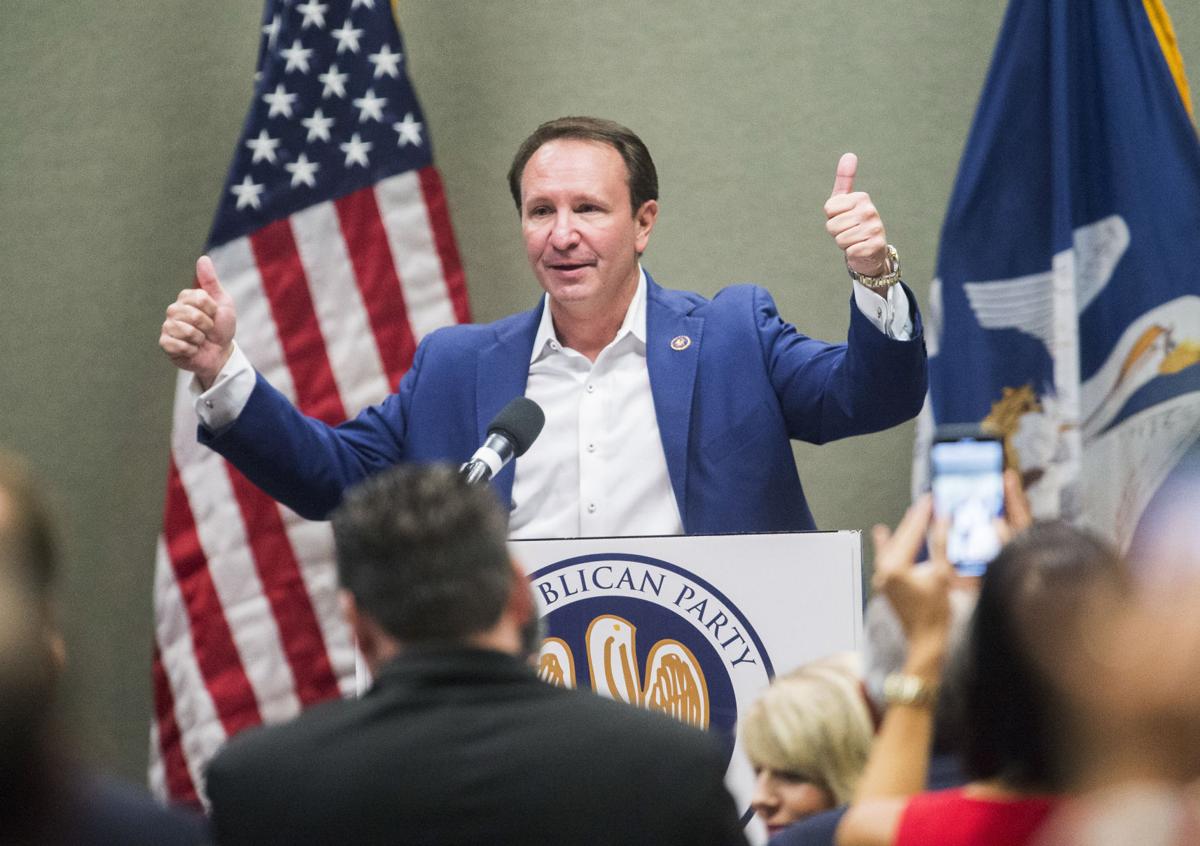 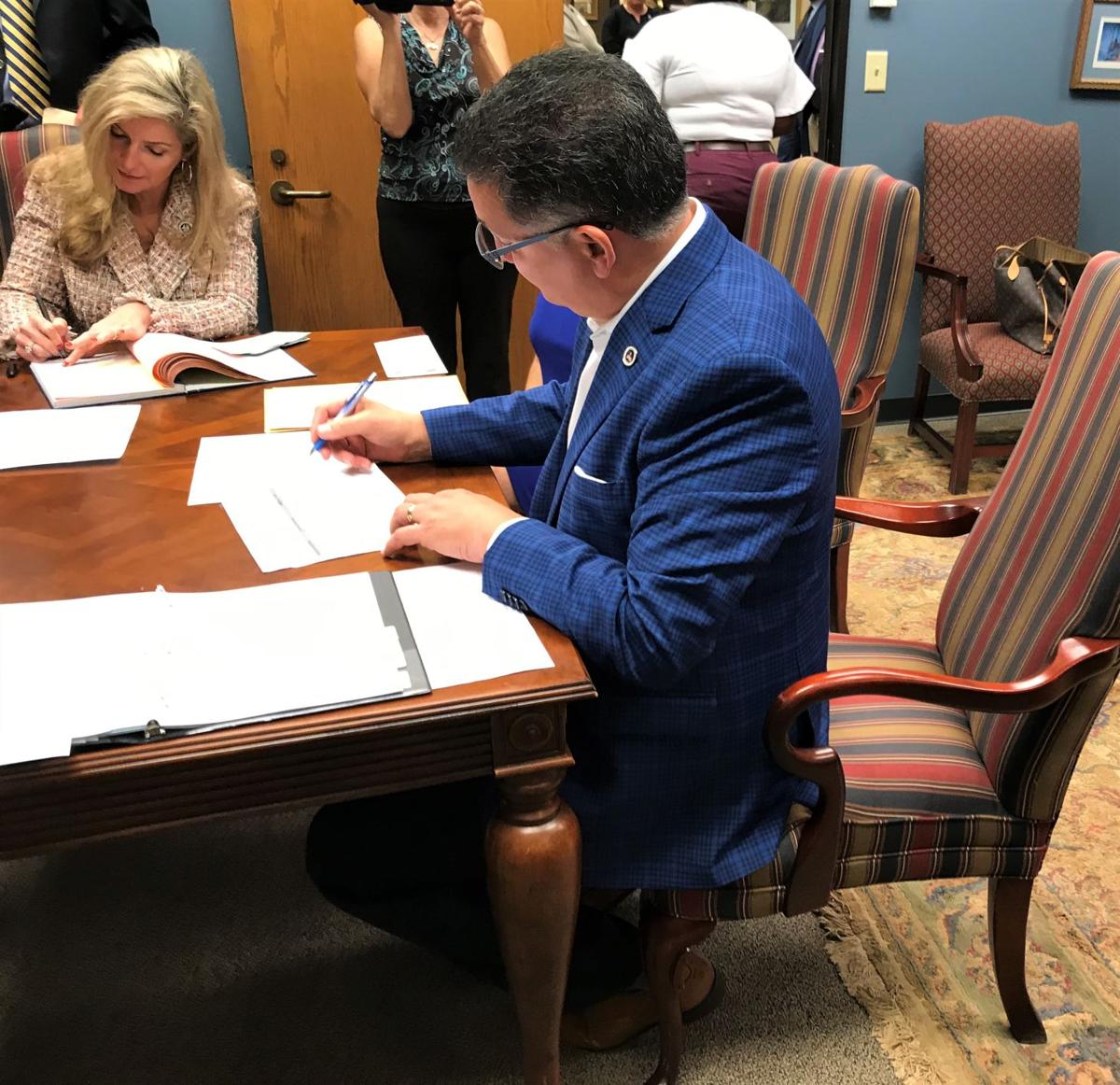 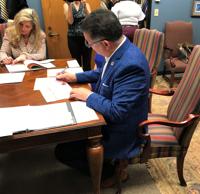 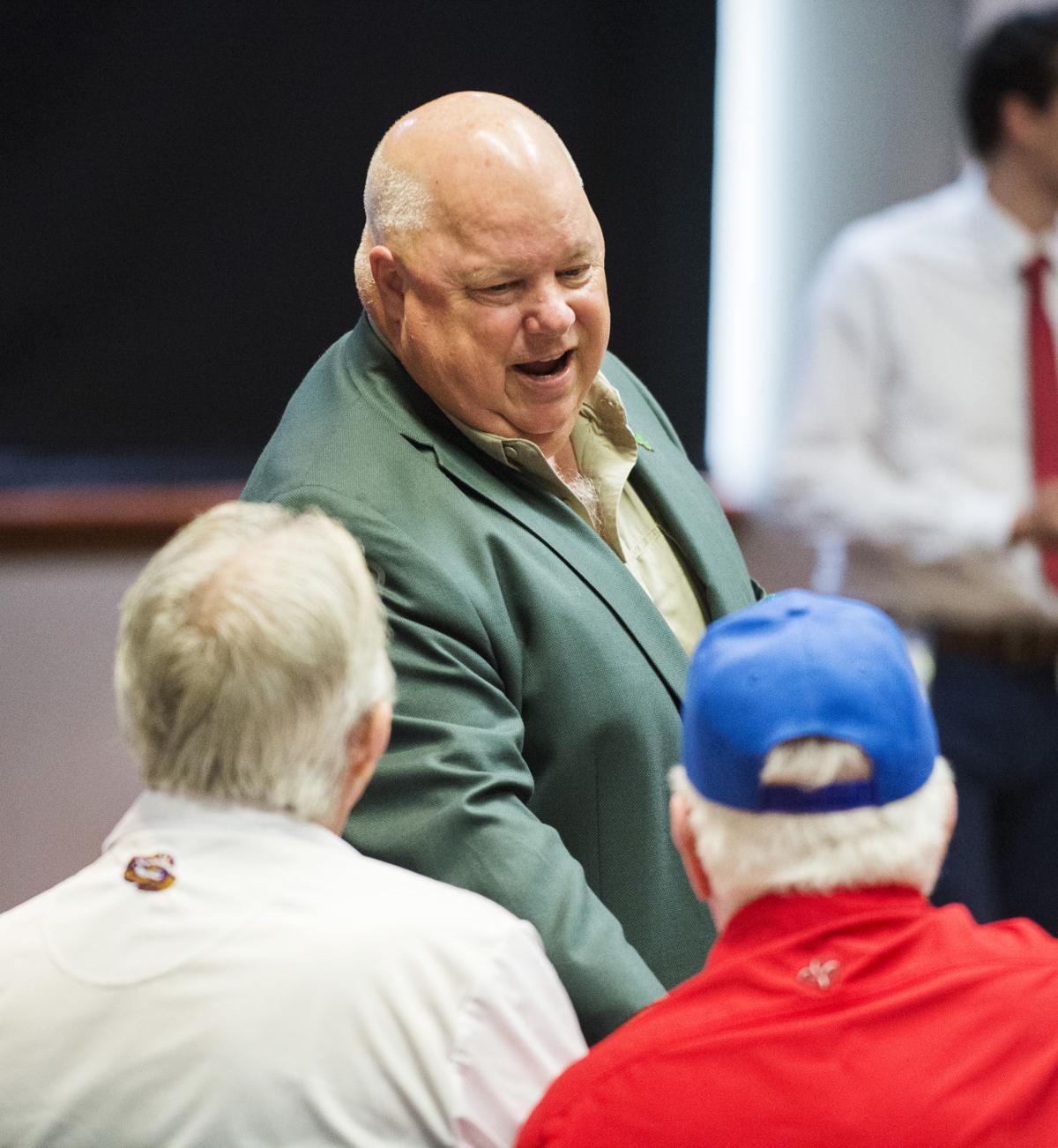 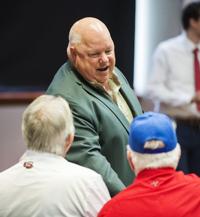 La. Commissioner of Agriculture Mike Strain chats with attendees during a Republican rally Monday, October 7, 2019, at the Cajundome Convention Center in Lafayette, La.

Secretary of State Kyle Ardoin was the first person to qualify for the Oct. 12 ballot. He's hosting the sign-up for candidates, which runs between Tuesday, Aug. 6 and Thursday Aug. 8.

La. Commissioner of Agriculture Mike Strain chats with attendees during a Republican rally Monday, October 7, 2019, at the Cajundome Convention Center in Lafayette, La.

Most of the Republican incumbents in statewide positions won reelection Saturday night.

But in a repeat of last year’s election, Secretary of State Kyle Ardoin ended up in a runoff with Gwen Collins-Greenup, the same Democrat he defeated in the 2018 race.

That's partly because of the number of votes attracted by Republican Thomas J. Kennedy III, who campaigned little but attracted a lot of support.

Ardoin, 52, worked as a top deputy in the office and became interim secretary of state when Tom Schedler resigned after being accused of sexually harassing an employee.

In 2018, Ardoin joined the race at the last minute to fill out the remaining year of Schedler’s term. Last year’s nine-candidate special election race was tense and close.

Ardoin and Collins-Greenup, of Clinton, ended up in the December runoff. He defeated Collins-Greenup with 59 % of the vote in a low turnout race in December to become Louisiana's chief elections officer.

In what was the only competitive race statewide, other than the gubernatorial contest, three-term Insurance Commissioner Jim Donelon barely he…

The two again found themselves as the main candidates for secretary of state, this time for the full four years. Collins-Greenup was endorsed by the Democrats, Ardoin by the Republicans.

Donelon also face a fierce contest for reelection, with an intraparty challenge from Republican Tim Temple. Temple, an insurance industry executive, invested nearly $2 million in the race and ran a heavy schedule of television commercials trying to keep Donelon from winning a fourth term as the state’s chief regulator over the insurance industry.

Donelon barely held on to his job as the final votes were counted Saturday night.

In addition to taking the reins when the governor is incapacitated, the lieutenant governor oversees tourism, one of the state’s largest industries, as well as the state’s 45 recreational parks, fishing areas, seafood industry and the state’s 13 museums.

Jones served on the Orleans Parish District E Democratic Executive Committee and the Louisiana State Central Committee for District 100. He said he wanted to support small businesses and would have started an entrepreneurial program. He said he sought to ensure better representation of minorities and women to 29 boards.

Kyle Ardoin, Gwen Collins-Greenup again in a runoff for Louisiana Secretary of State

In something of mulligan to last year’s election, Secretary of State Kyle Ardoin ended up in a runoff with Gwen Collins-Greenup, the same Demo…

The pugnacious Republican former congressman has been the state’s leading voice for conservative causes, such as fighting environmental regulations, backing up the state’s strict anti-abortion laws and defending President Donald Trump’s travel ban.

That was one of the reasons why Democratic lawyer Ike Jackson gave for signing up to run against Landry during the final hours of qualifying in August.

Schroder, 58, won a special election in 2017 to fill out the final two years of the term after John N. Kennedy was elected to the U.S. Senate. He faced — and beat — Democrat Derrick Edwards, of New Orleans in the 2017 runoff.

Peter Williams, a Pointe Coupee Parish tree farmer, wanted to put a heavy emphasis on Louisiana’s nascent industrial hemp program, which was legalized this past legislative session and is awaiting regulatory action from the federal government.

An Egan rice, crawfish and cattle farmer, Bradley Zaunbrecher said he decided to run in part because of the loss of young farmers.