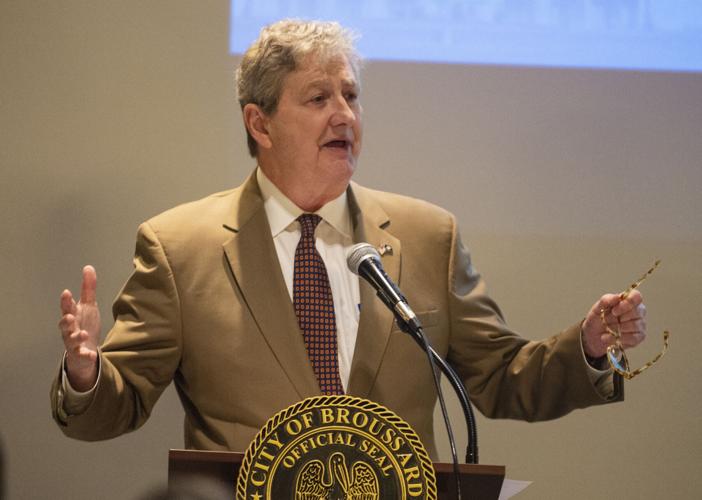 Louisiana State Senator John Kennedy speaks on Thursday, August 18, 2022, during a luncheon presented by One Acadiana and the Broussard Chamber of Commerce at the Ballroom of Broussard. 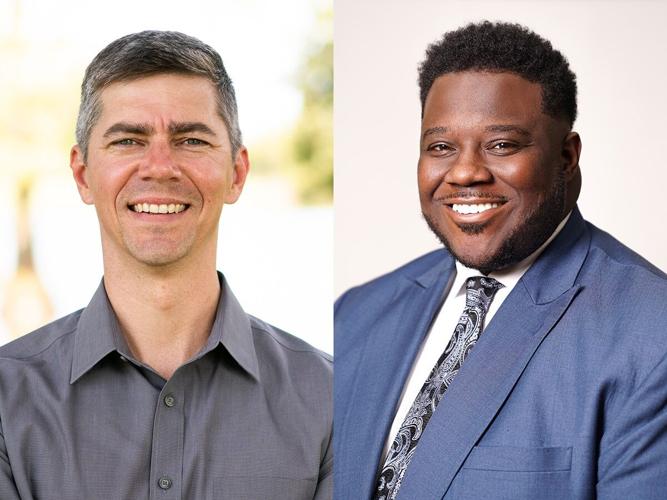 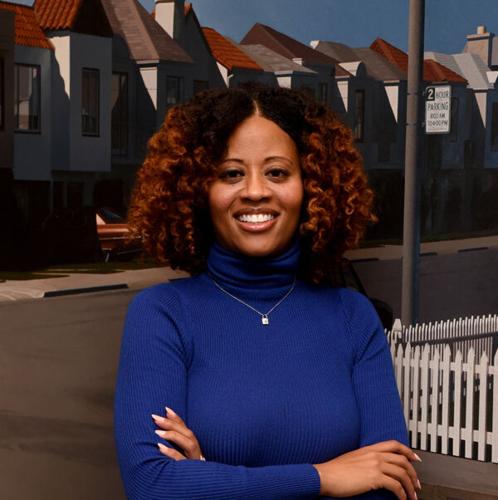 Louisiana State Senator John Kennedy speaks on Thursday, August 18, 2022, during a luncheon presented by One Acadiana and the Broussard Chamber of Commerce at the Ballroom of Broussard.

Two of the Democrats challenging Kennedy as he runs for re-election – Gary Chambers Jr. and Syrita Steib – applauded Biden’s move.

Luke Mixon, the third major Democrat in the race, does not support Biden’s plan, but did not condemn the president as did Kennedy, who is a Republican.

In all, Biden said, 43 million people will benefit from his action.

Independent studies show that 80% of the benefits will go to people who earn between $29,000 and $141,000 per year, indicating that it is squarely aimed at the middle class. The plan could cost the treasury up to $500 billion over a decade.

Kennedy sees it as a bad deal for the public.

“Here’s what Pres. Biden’s so-called ‘canceling’ of student debt really means,” Kennedy tweeted on Wednesday: “Americans who already paid off their debt, worked through college, went to a trade school, or chose to not go to school will pay off the loans that other people incurred. On what planet is that fair?”

In an email statement, Kennedy added, “If you don’t have student debt, congratulations: Now you do. The president’s plan doesn’t forgive debt — it just transfers it to people who don’t owe it. This is not only unfair. It fuels the inflation machine that’s hurting Louisiana families.”

An analysis from Goldman Sachs said it sees Biden’s plan as having no impact on consumer prices since it also will require all borrowers to resume loan payments after a three-year pause.

Chambers, a social justice advocate, praised Biden in a statement “for making good on his campaign promise” and said he celebrates “the economic relief” for the beneficiaries. “Over 86% of Black and Brown students that seek higher education take on debt, and this measure is a step in the right direction toward closing the racial wealth disparity in America.”

Chambers did not attend college, choosing instead to go into the workforce.

Steib also lauded the president’s move but said he should have gone farther.

“There are 651,700 borrowers in the state of Louisiana, and the average Louisianian has a federal student loan debt of $34,525,” Steib said in a statement. “For a mother who is juggling childcare and debt repayment, loan forgiveness is a life-changing event.”

Mixon is one of many Democratic moderates around the country who don’t back Biden’s plan. He said he would rather increase Pell Grants, which are capped at $6,495 and currently cover only 32% of costs at a typical four-year university.

“We need to solve the problem by making college more affordable,” Mixon said in a statement. “We do that by expanding the Pell grant to cover 70% of tuition costs for low and middle income families and investing in our colleges and universities, particularly our HBCUs.”

Mixon, now a Delta Air Lines pilot, attended the U.S. Naval Academy and flight school and in exchange had to serve at least seven years as a Navy pilot. He ended up spending 20 year as a fighter pilot.