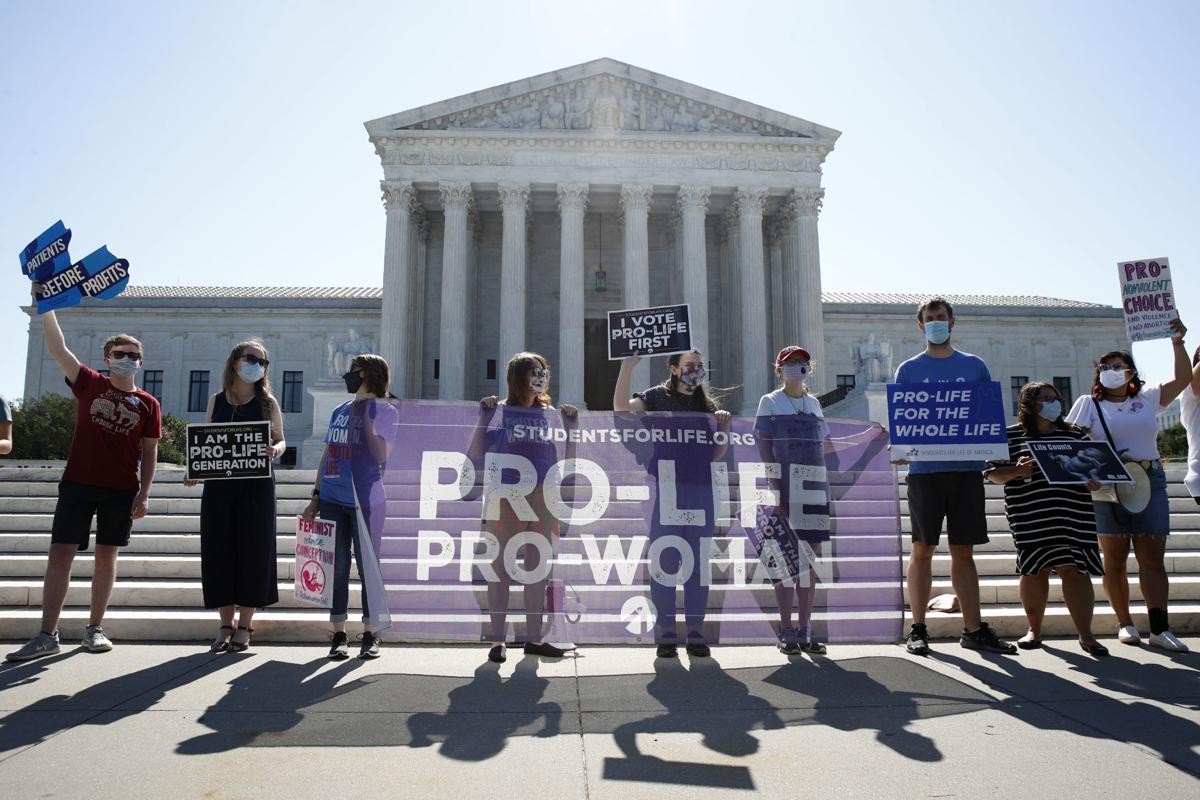 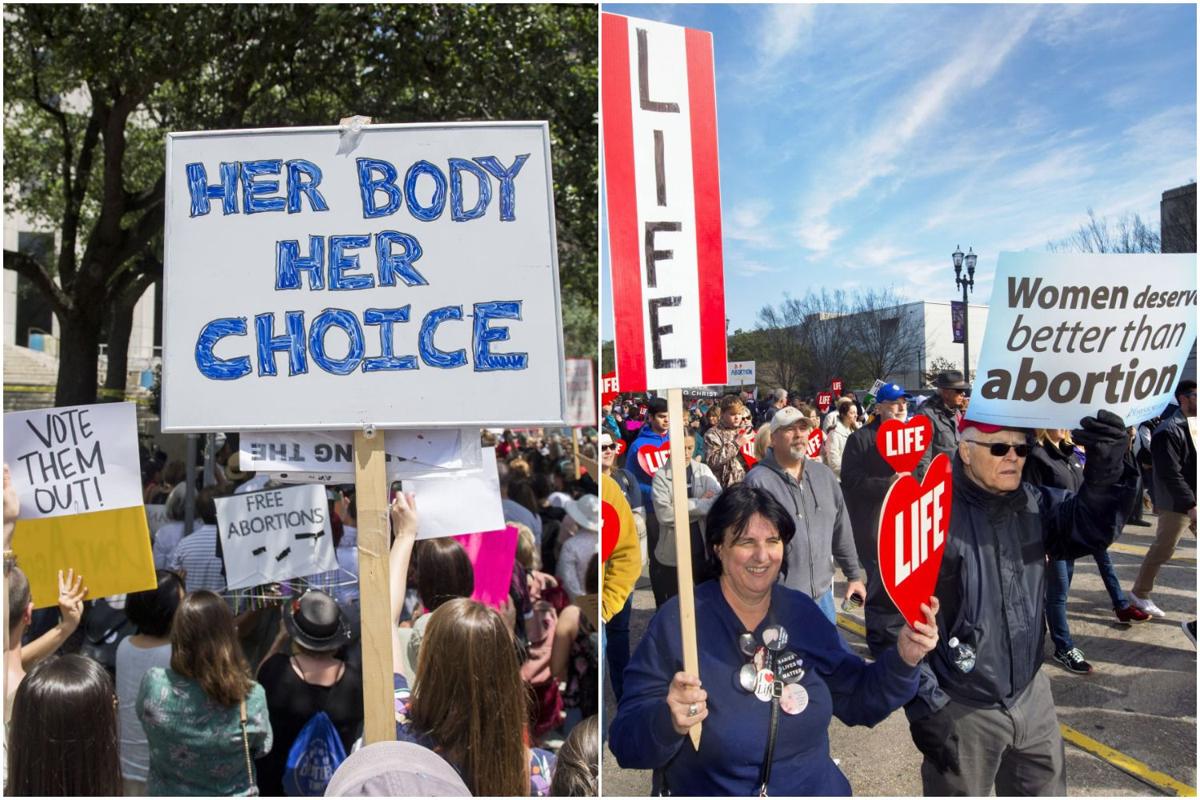 Louisiana cast more votes for the anti-abortion Constitutional Amendment 1 earlier this month than were cast for any issue or for any candidate in the history of the state, the official results show.

While it was the first time Louisiana voters weighed in on an issue that has dominated state politics since the early 1990s, their viewpoint won’t have any immediate impact on the legality of the pregnancy termination procedure, say activists on both sides of the issue. Of more importance to the anti-abortion movement was the ascension of Amy Coney Barrett to the U.S. Supreme Court in October.

Voters were asked on the Nov 3 ballot: "Do you support an amendment declaring that, to protect human life, a right to abortion and the funding of abortion shall not be found in the Louisiana Constitution?”

And 1.27 million voters said yes. That result was 18,401 votes more than the 1.25 million votes that President Donald Trump received in an election where 70.1% of the state’s 3 million registered voters participated.

Michelle Erenberg, executive director of Lift Louisiana, which opposed Amendment 1, was sanguine about the results, saying in a prepared statement: “Anyone or any organization in Louisiana who fights for reproductive freedom knows that these are hard battles to win, but we keep fighting because women – not just those of means, but all women and all people who can become pregnant – deserve the basic right of bodily autonomy and high quality reproductive healthcare, which includes abortion.”

“It was definitely the people of Louisiana saying we don’t believe abortion is part of a just future for our state,” said Benjamin Clapper, executive director of Louisiana Right to Life, which fought for Amendment 1’s passage.

While a remarkable showing, all eyes in the meantime are on court challenges to various laws that limit access to abortions.

The right to an abortion is still constitutionally protected by the U.S. Supreme Court’s Roe v. Wade decision of 1973. Should Roe be overturned, the decision reverts back to the states to decide whether or not to outlaw the procedure.

Louisiana Spotlight: The 2020 balloting shows how red a state Louisiana now is

If Louisiana's decision to re-elect a Democratic governor last year made anyone forget about the state's political bent, the latest presidenti…

What the high court has allowed states to decide how legalized abortions should be implemented in their jurisdiction. Louisiana legislators, with the support of governors over the past quarter century, have erected legal hurdles – 89 laws in all – that makes getting an abortion in this state far harder than in most states. Many of those laws still await vetting by the court system.

“There’s a logjam of cases,” Clapper said, any one of which the high court could use, if it so chooses, to rule on the continued viability of Roe.

“One case I’m watching closely is the challenge to Mississippi’s 15-week ban,” said Steffani Bangel, executive director of the New Orleans Abortion Fund. (So is Clapper.)

Louisiana lawmakers passed a similar law that forbid abortions after 15 weeks of pregnancy. But legislators added a caveat that the ban would not go into effect until the courts ruled on the Mississippi law.

“The reason it was written this way is because for years now we have been pointing out how hypocritical and unfair it is for our tax dollars to be used to litigate these anti-choice bills they keep pushing through with the full knowledge they are immediately going to litigation,” Bangel said.

In the hours after the U.S. Senate Judiciary Committee advanced Barrett’s nomination, the Mississippi Attorney General on Oct. 22 asked the U.S. Supreme Court to review the state’s 15-week abortion ban. The case is one of two the high court has been asked to hear. Another 17 cases are just one step away.

One case in Pittsburgh challenges a city ordinance that prohibits picketing an abortion clinic. Another in Missouri challenges a law requiring a patient to acknowledge conditions and undergo a waiting period. Another in Maryland requires an in-person visit for medication to be prescribed.

Though Barrett ducked questions about abortion during confirmation, she has in legal writings and by associations indicated her opposition to the procedure.

Before Barrett joined, the U.S. Supreme Court on June 29 ostensibly dealt Louisiana a loss by striking down a state law that would have required abortion providers to affiliate with a nearby hospital, thereby limiting the number of clinics that could perform the procedure.

But the decision was not without a silver lining for anti-abortion activists, according to Dorinda Bordlee, who frequently testifies before the Louisiana Legislature. She and her colleague at the BioEthics Defense Fund, Nikolas Nikas, noted that in his concurrence to the 5-4 decision against the state, Chief Justice John Roberts detailed how he could find in favor of anti-abortion measures.

Why Louisiana's abortion amendment makes the Nov. 3 election 'a unique moment' for voters

Eyes tend to glaze over when voters hit the constitutional amendments part of their ballot. Historically, 13% fewer votes are cast at the bott…

A 2014 high court decision had used a “balancing test,” that is weighing the benefits of a law on a women’s right to access abortion. Roberts essentially wrote that the “undue burden” concept, which looks at whether the hurdle in state law creates too much of a burden on a patient seeking an abortion, is a better metric. Undue burden is a standard the Supreme Court has used since 1992 to hold constitutional state laws outlawing partial birth abortions, parental consent, and ultrasound requirements, among others.

Right to Life’s Clapper said anti-abortion activists are still working on a legislative agenda for the general session slated to begin April 12.

“We’re still in the evaluation stage for the 2021 session,” Clapper said. “But that doesn’t mean we won’t” have a package of bills.

“Looking nationally, the trend we’ve seen in legislation is what is called “reason bans,” Bangel said. That is, attacking reasons for having an abortion, such as parents not being happy with the sex of the child. But that’s very rare occurrence in the U.S. and Bangel suspects such bills are targeting an issue doesn’t really exist to create negative feelings among voters.

“When we focus on these reason bans, what we’re saying is there are good abortions and bad abortions. That creates and deepens the stigma around what is a basic piece of health care,” Bangel said.