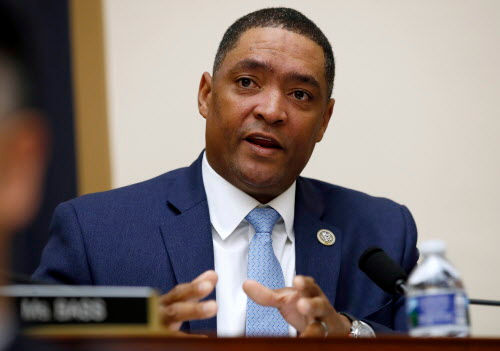 Filing began Wednesday for the congressional post vacated by former U. S. Rep. Cedric Richmond as well as the 5th congressional district seat sparked by the death of Luke Letlow. 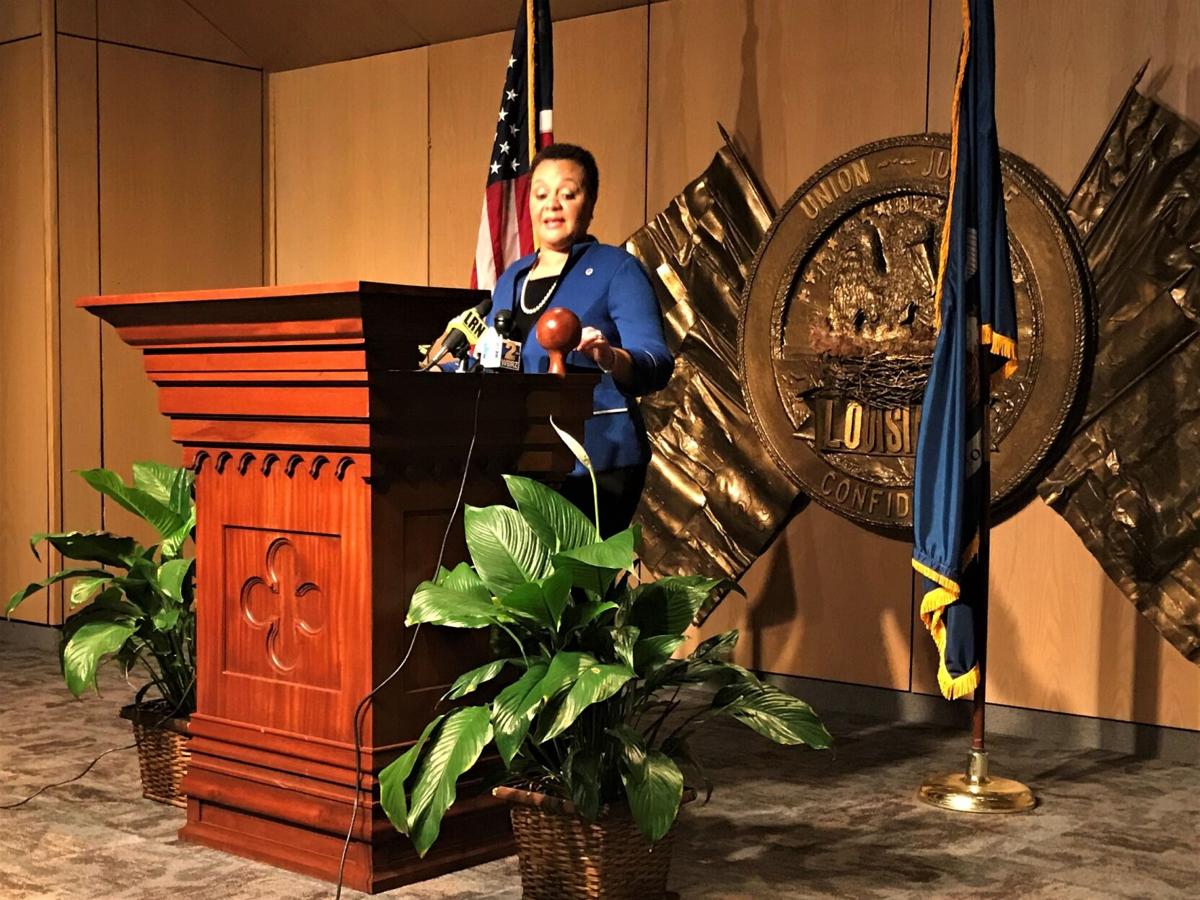 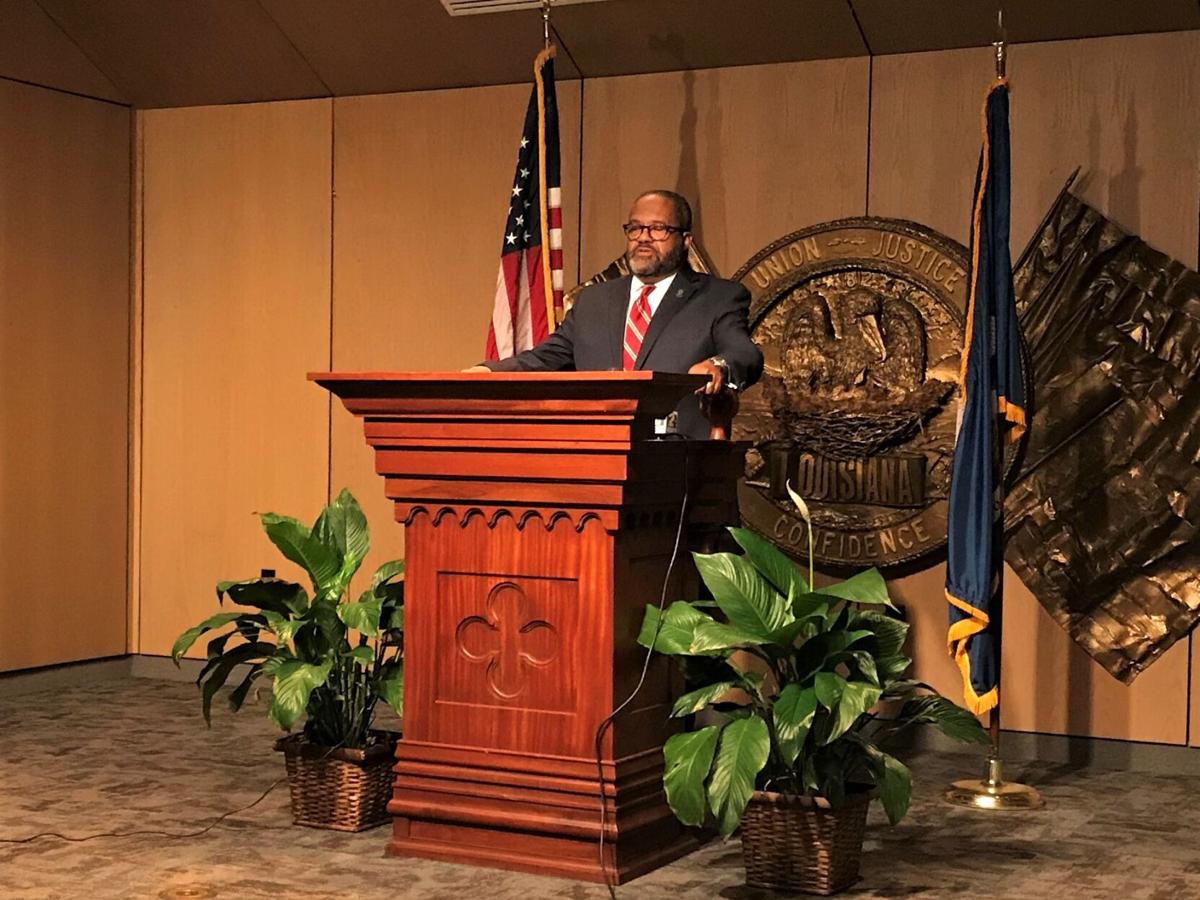 State Sen. Troy Cartern, D-New Orleans addresses reporters after qualifying on Wednesday, Jan. 20, 2021, to run for the 2nd U.S. Congressional district seat just vacated by Cedric Richmond, who is taking a job in the White House. 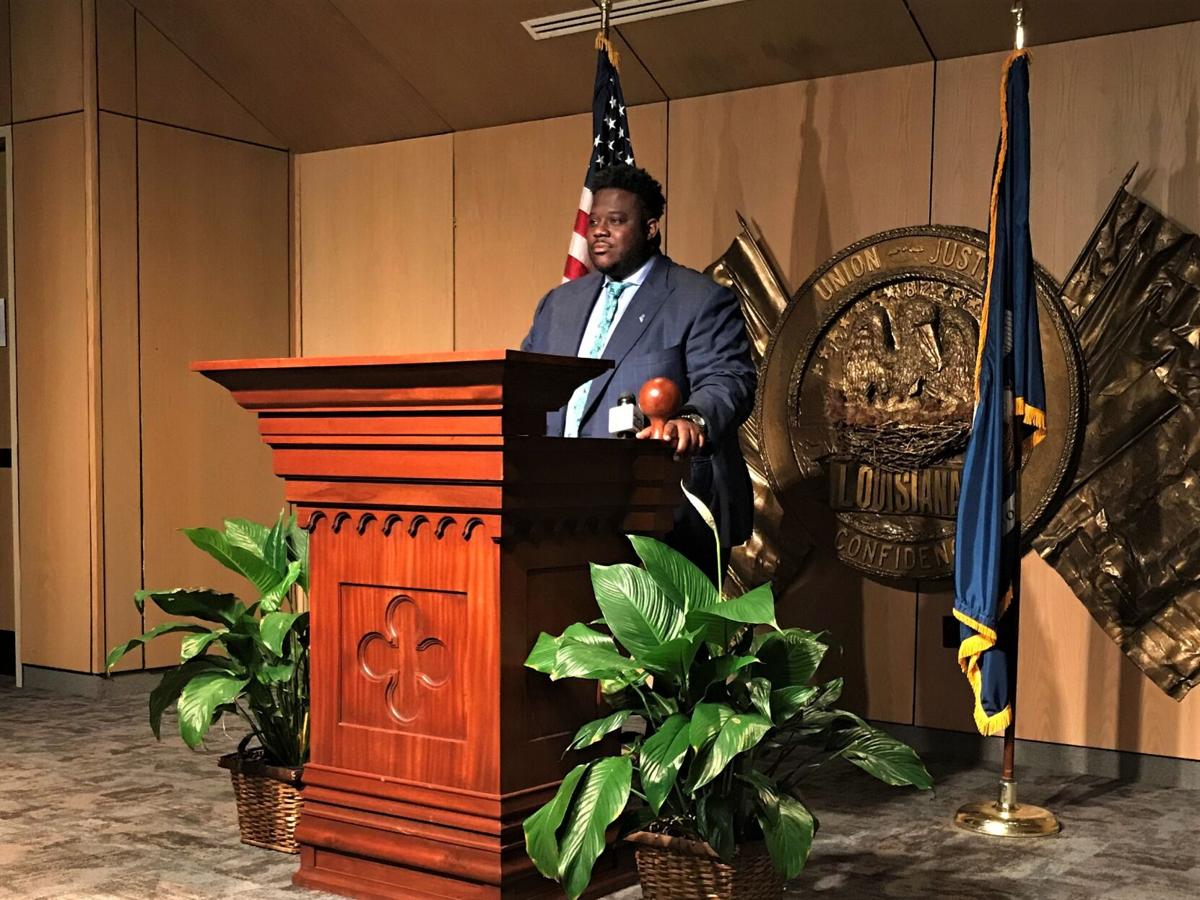 Filing began Wednesday for the congressional post vacated by former U. S. Rep. Cedric Richmond as well as the 5th congressional district seat sparked by the death of Luke Letlow.

State Sen. Troy Cartern, D-New Orleans addresses reporters after qualifying on Wednesday, Jan. 20, 2021, to run for the 2nd U.S. Congressional district seat just vacated by Cedric Richmond, who is taking a job in the White House.

State Sens. Troy Carter and Karen Carter Peterson, both New Orleans Democrats, submitted qualifying papers moments after the three-days of qualifying began at 8 a.m. Candidates have until 4:30 p.m. Friday to fill out the forms and pay the fees to get their name on the ballot.

The 2nd congressional district and a race for the 5th congressional seat that opened after U S. Rep.-elect Luke Letlow, 41, died last month of complications from COVID-19,  are generating the most interest.

Richmond resigned his post to take a job as an adviser to President Joe Biden, who was sworn in Wednesday.

Qualifying for the Jefferson Parish state House District 82 seat, left vacant by Charles Henry earlier this month, is between Jan. 25 and Jan. 27.

The primary is March 20. Early voting begins March 6. Any runoffs will be held April 24.

Carter and Peterson had both announced their candidacies weeks ago.

The 2nd district includes most of Orleans Parish and parts of Jefferson Parish, then runs up the Mississippi River collecting Black-majority precincts in predominantly minority neighborhoods of north Baton Rouge.

Carter told reporters that, unlike Peterson, he has 30 years of public service that includes time outside the state Legislature as a member of the New Orleans City Council.

Peterson noted that, if elected, she would be the lone female member of the state's congressional lineup.

"There is no woman in the delegation," she said. "That is unfortunate."

Peterson said the pay equity gap between men and women is one of her longtime concerns.

She said boosting the minimum wage to $15 per hour – one of Biden's priorities announced last week – is a "starting point." The current minimum wage is $7.25 per hour, which applies to workers in Louisiana since the state does not have its own floor on wages.

Peterson, a 20-year veteran of the Legislature, downplayed Richmond's endorsement of Carter. "I am not at all concerned about that," she said, calling Richmond a friend who was also a legislative colleague for 10 years.

Peterson cited a wide range of endorsements of her own, including from fellow Democrat Stacey Abrams, who lost her bid for governor of Georgia in 2018 after becoming the first Black woman in the nation to be nominated for governor by a major political party. Abrams then organized a successful get-out-the-vote effort for November's presidential election.

Peterson said she has been on the frontlines of high-profile issues during her time in the Legislature, including statewide expansion of Medicaid and support for colleges and universities when state aid was cut under former Gov. Bobby Jindal. "I am willing when there are tough issues to be decided," Peterson said.

Carter, a longtime advocate of boosting the minimum wage, said his priorities in Congress would be enactment of a "living wage," access to the coronavirus vaccine, economic development and student loan forgiveness.

Chambers downplayed the fact that most of the district's voters live in the New Orleans area.

"This is the people's seat," he said. "People want somebody who is going to solve and address the issues."

Chambers, who previously lost a bid for the state Senate, is publisher of The Rouge Collection and has long been outspoken on controversial issues.

The other key race is the heavily Republican 5th congressional district in north and central Louisiana as well as the northern portions of the Florida parishes.

Julia Letlow announced Thursday morning that she would run for the congressional seat her late husband, Luke Letlow, had won but never occupie…

Letlow's widow Julia Letlow is expected to file for the post Thursday.

The 5th District is a mostly rural district that encompasses 24 parishes and extends from Bastrop in the far northeast of Louisiana through Alexandria to Opelousas, then east past St. Francisville through much of the Florida parishes to Bogalusa.

Shelly McFarland filed for an open seat on the state Board of Elementary and Secondary Education.

McFarland is running for the District 4 post vacated Tuesday by Tony Davis, who resigned to take a job in Indiana.

McFarland lives in Jonesboro and is the wife of state Rep. Jack McFarland, R-Jonesboro.

Michael Melerine, a Shreveport attorney, also qualified for the race.

McFarland and Melerine are both Republicans.

The 11-member board sets policies for about 700,000 public school students.

Luke Letlow's widow, Julia, files for his U.S. House seat after his death from coronavirus

The widow of the late U. S. Rep.-elect Luke Letlow on Thursday filed for the north Louisiana congressional seat her husband won handily in Dec…