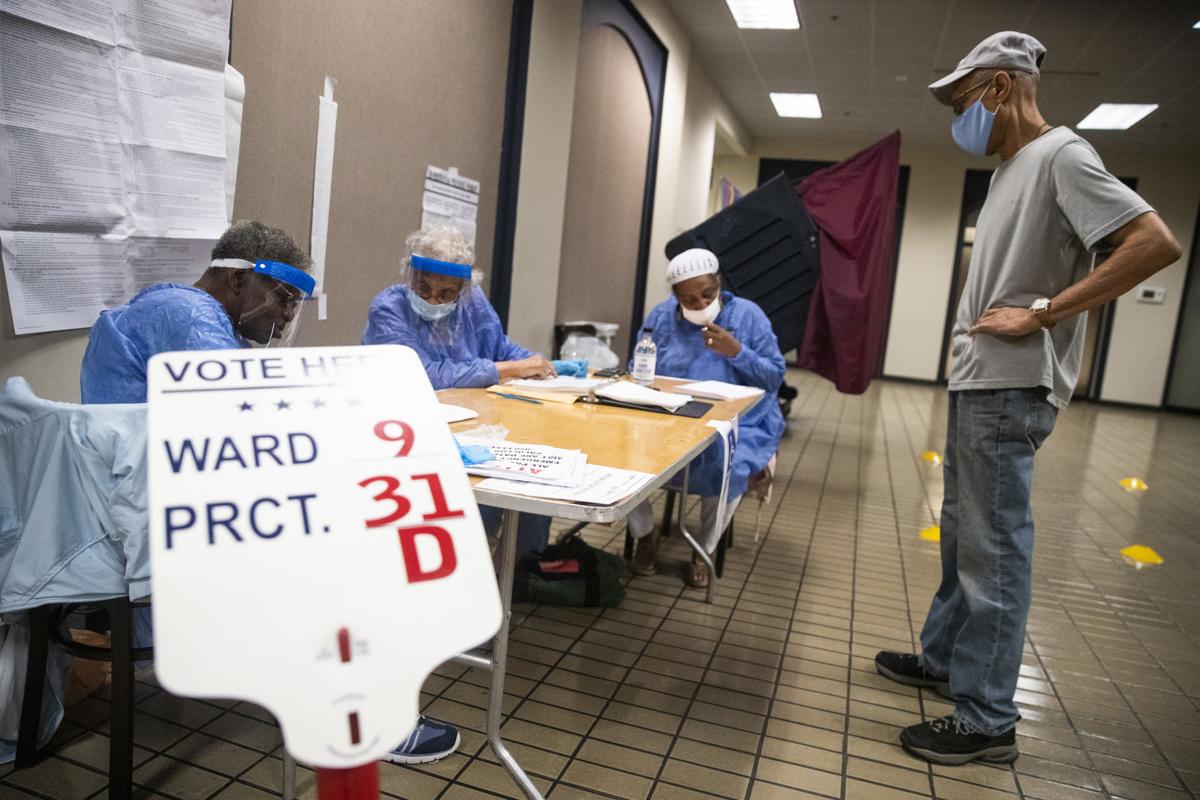 Voters give their information before voting at the New Orleans Baptist Theological Seminary during election day in New Orleans, Saturday, July 11, 2020. 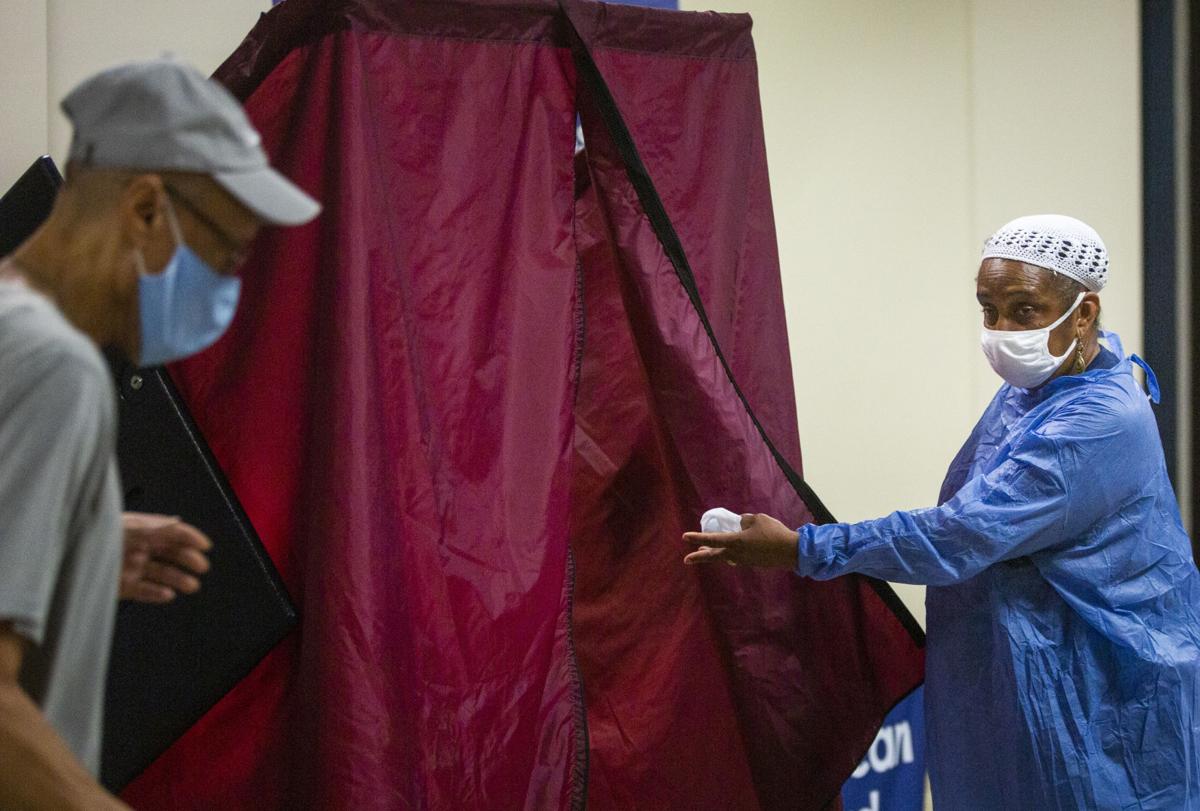 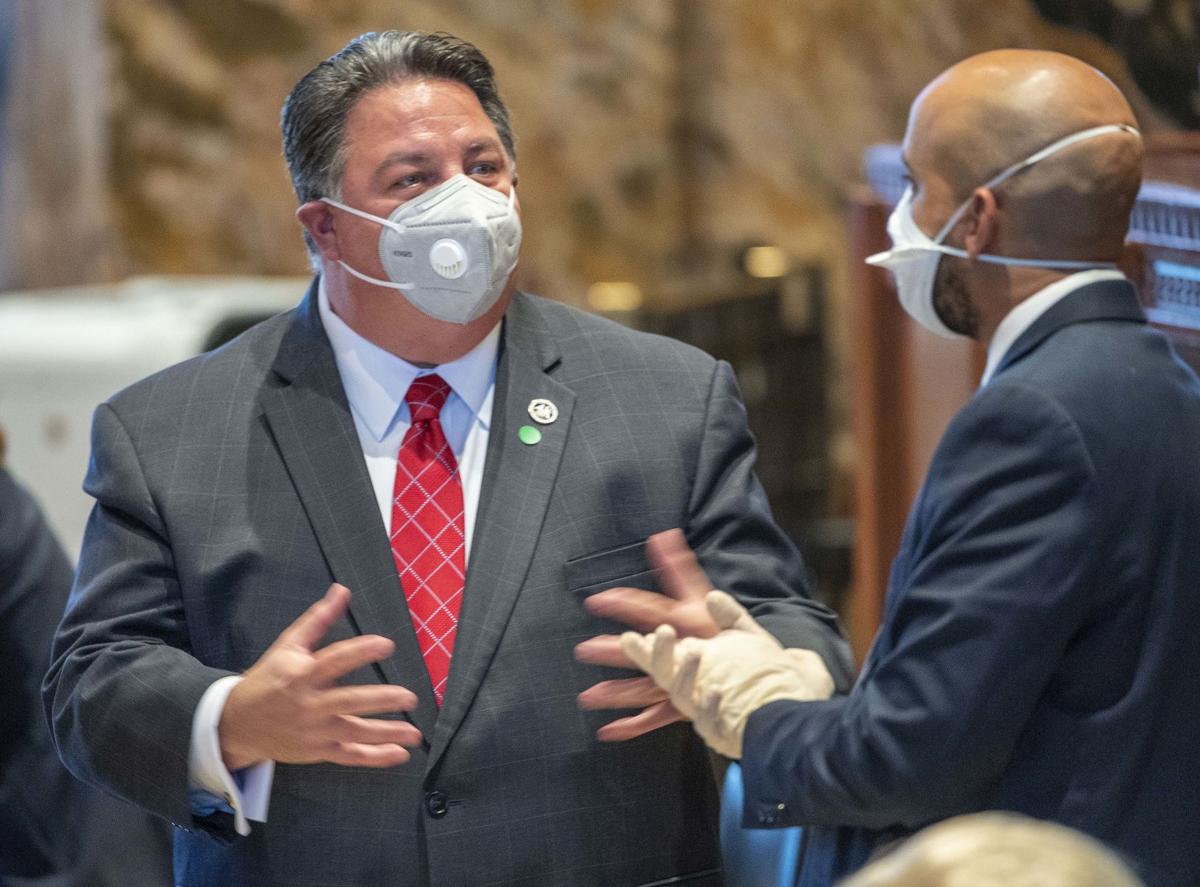 Voters give their information before voting at the New Orleans Baptist Theological Seminary during election day in New Orleans, Saturday, July 11, 2020.

Pilloried with angry criticism and accusations of nefarious intent, Secretary of State Kyle Ardoin had a more human reason for the state’s online voter registration website being down on the evening of National Voter Registration Day.

Nobody noticed that the routine maintenance had long ago been scheduled for Tuesday night was an oversight. Ardoin on Wednesday morning called it “an unfortunate error for which I take full responsibility.”

Ardoin also pointed out that registration is ongoing – about 90% of eligible Louisiana residents have signed up to participate – and anyone who wants to register or change their registration has until Oct. 5, if done by mail, or Oct. 13, if done online, to do so in order to participate in the Nov. 3 presidential election.

After mail-in ballots expanded in Louisiana, secretary of state worries about disinformation

In his first detailed statement about a recent federal trial court’s ruling expanding access to absentee mail ballots for the Nov. 3 election,…

The website was down from 8 p.m. to about 11:30 p.m, according to the Secretary of State's office.

“This is beyond reprehensible,” tweeted New Orleans Mayor LaToya Cantrell Tuesday night. “Absolute dereliction of duty, as such a critical time for our City and our nation. The LA SoS owes more to the people he services.”

She forwarded a tweet by Democratic New Orleans Rep. Royce Duplessis saying about the website being down for maintenance on National Voter Registration Day: “This is an absolute DISGRACE! Truly shameful and pathetic!!”

Our Views: Let more people vote, even in a difficult year

Louisiana has a good plan on the table for how to conduct one of the biggest elections in years, and it’s the plan that a federal judge ordere…

Duplessis was reserved, at least compared to others commenting on the mayor’s tweet.

One side attacked Ardoin along the lines of Bayoudawg who opined, “It’s calculated to discourage Demo voters.” The other side went after Cantrell, like the Greater New Orleans Republican PAC who tweeted: “LaToya is an expert on dereliction.”

Shreveport Mayor Adrian Perkins, who is running as Democrat for the U.S. Senate, tweeted: "This isn't scheduled maintenance. It is scheduled voter suppression on #NationalVoterRegistrationDay."

“As Democrats across the state are engaging voters for the coming election, Republican Secretary of State Kyle Ardoin has a pattern of attempting to suppress the vote. His plan to limit secure, expanded absentee voting was denied by a judge just days ago,” Katie Bernhardt, chair of the Louisiana Democratic Party said in a press statement. On a day when his office should encourage voter registration and participation in our democracy, he blocked it. This was gross incompetence at best and blatant voter suppression at worst. Either way, this failure is an embarrassment.”

Ardoin, a Republican, has been at the center of a legal challenge that pitted Republicans, who wanted to limit the use of absentee mail ballots because of the COVID-19 pandemic, and Democrats, who argued that use of mail-in ballots would allow the participation of voters worried about catching the highly contagious coronavirus and turning Nov. 3 into super-spreader event.

Chief U.S. District Judge Shelly Dick, of Baton Rouge, ruled last week that Louisiana should adopt Ardoin’s more expansive plan from the summer elections for the November-December elections. Under the judge's ruling, voters can seek an absentee ballot if they were at a higher risk of severe illness from COVID-19 because of underlying medical conditions; were subject to a quarantine order; were experiencing symptoms of COVID-19 and seeking medical confirmation; or were caring for someone who was isolated because of the virus.

National Registration Day, which began in 2012, was put together to allow election boards and community organizations to make a big push to get people registered to vote. Celebrities, such as actor Will Smith, pump the idea of voter registration on social media. LSU released a video. The NAACP Legal Defense and Educational Fund Inc. (LDF) held a virtual rally. Merchandise was sold, including hoodies and facemasks for sale.

Unlike most events recently, the Registration Day is supported by both Democrats and Republicans.

RNC Chairwoman Ronna McDaniel announced in a press release: "With close races shaping-up around the country and early voting already underway in some states, we at the Republican National Committee are ramping up our efforts to make every voter count by ensuring every American has the information and resources they need to vote.”

Secretary of State Kyle Ardoin, who is in charge of Louisiana elections, spoke at the Livingston Parish Republican Women’s Club meeting Sept. 2.